Today, Ibis has a new version of their mainstay enduro bike, the Mojo. Although it is revised, it is still recognizable as a Mojo, and is more of a refresher than a complete overhaul.

Ibis kept the Mojo HD5 a 27.5-inch wheelsize, and kept the same 153mm of rear travel. When they last updated the Mojo in 2017, they largely listened to EWS racer demands to capture their perfect idea of an enduro race bike. It was more slack, had more tire clearance, and a longer reach. This year, Ibis says, rather than just looking at current geometry demands, they’re paying very close attention to suspension setup.

Ibis felt that they did so well with the Ripmo, that they could draw inspiration from the 29er for the new Mojo. The HD5 is two-degrees steeper in the seat tube angle, and now set at 76-degrees. The reach has grown as well, by 17mm on the large, and 12mm on the medium. 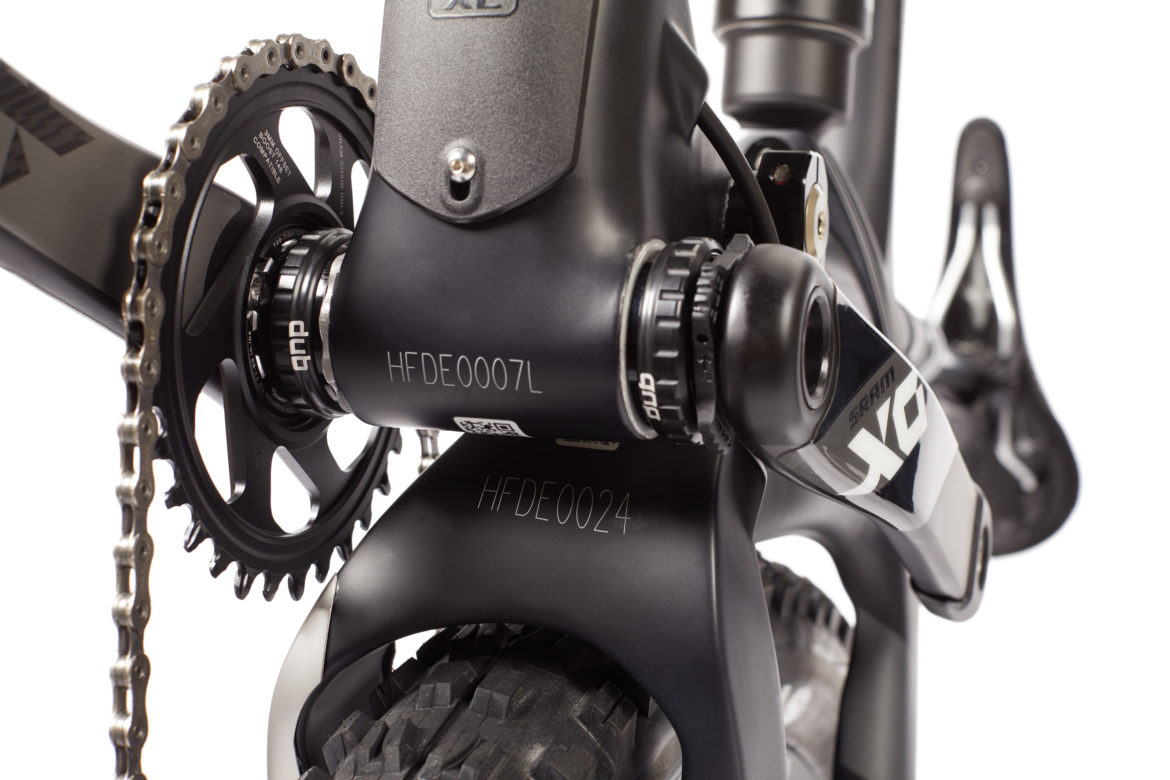 In regards to the 170mm fork paired with 153mm of rear travel, Ibis says that over-forking the bike makes for a better suspension feel.

“While you may use all 170mm of the HD5’s fork, you’re actually only traveling 153mm vertically, which exactly matches the HD5’s rear travel.”

On the note of travel, the Mojo HD5 incorporates the all-new Traction Tune. Don’t worry, that doesn’t mean it’s a different suspension platform. The HD5 still uses DW-link. With DW-link, Ibis says that rather than using an over-damped shock tune to control suspension efficiency for climbing, the pivot placement makes for kinematics that do the work.

Since the HD5 doesn’t need a lot of compression damping, Ibis’ suspension partners developed lighter tunes for the bike. This makes it easier for the rear wheel to initially travel. After this, though, the bike could take hits, but couldn’t rebound fast enough. 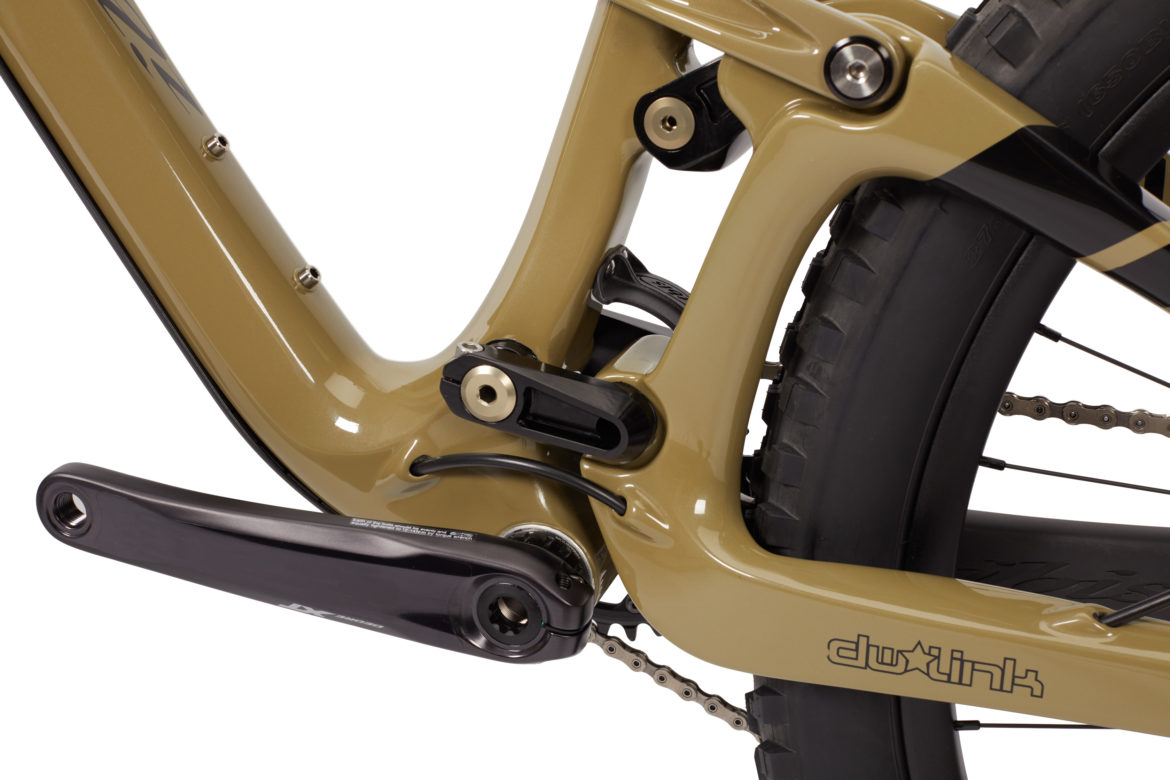 Ibis used a new data acquisition system developed by Motion Instruments to find and develop a better shock tune for the Mojo HD5. Once they had the data, Ibis could then also custom tune their forks, which they found needed a faster rebound also. By tuning both the front and rear suspension, both wheels acted in the same manner over bumps and kept the chassis relative to the ground and made the bike handle better.

But, Ibis is taking it one step further, and although the HD5 is the first platform to use Traction Tuned Suspension, it won’t be the only bike. The new Ripmo AF has a lighter tuned DVO suspension, the standard Ripmo will ship with Traction Tuned Suspension in the fall, and the Ripley has been shipping with lighter shock tunes on smalls and mediums over the past few weeks. They are identifiable with a “light tune” decal on the shock can.

But, back to the HD5. Ibis also went with a short 37mm fork offset for further stability at speed, and increased the stack height across frame sizes. The mojo HD5 also uses hermetically sealed bushings on the lower link and clevis in place of the HD4’s cartridge bearings. The bushings, also used on the Ripmo, should be more durable and will also see a lifetime warranty.

All of the regular, modern, heavy hitting mountain bike touches has been included with the HD5 also. The bottom bracket is threaded and ISCG05 compatible, there is a downtube protector, it can fit a 203mm rotor in the rear, it is Boost-spaced, internally cable routed, smalls can fit a 150mm dropper, and 175mm dropper posts will fit on medium through extra-larges.

A frameset starts at $3,000 and includes a seven year warranty, and a lifetime warranty on frame bushings. 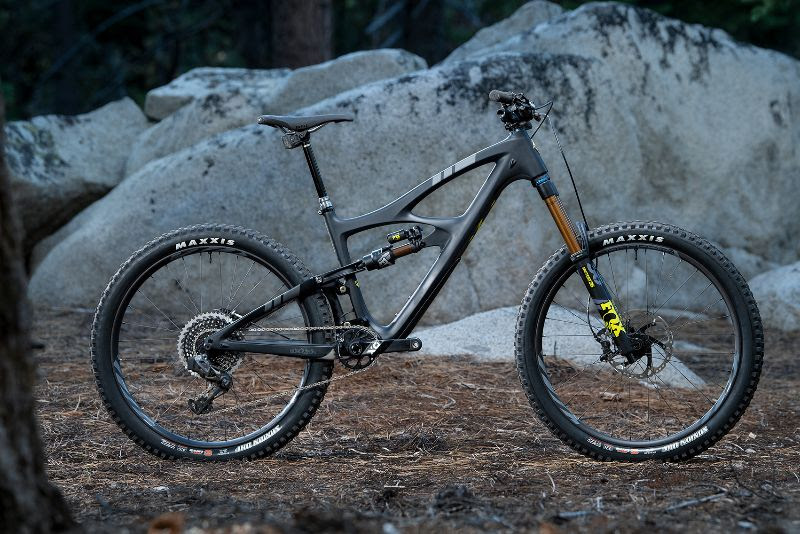