The hard-charging women behind the newly-minted Women’s Slopestyle Tour (WST) have created the sport’s first collection of events for ladies who love to get air. The inaugural tour will take riders to the Little Big Festival in Truckee, California this spring, then north to the Sugar Shakedown in Seattle, with a final stop in Kelowna, British Columbia for the Big White Invitational. Each of these events has been around for a while, and with the new series format, the top three acrobatic competitors can now qualify for the Crankworks Speed & Style event in Whistler, BC later this summer. 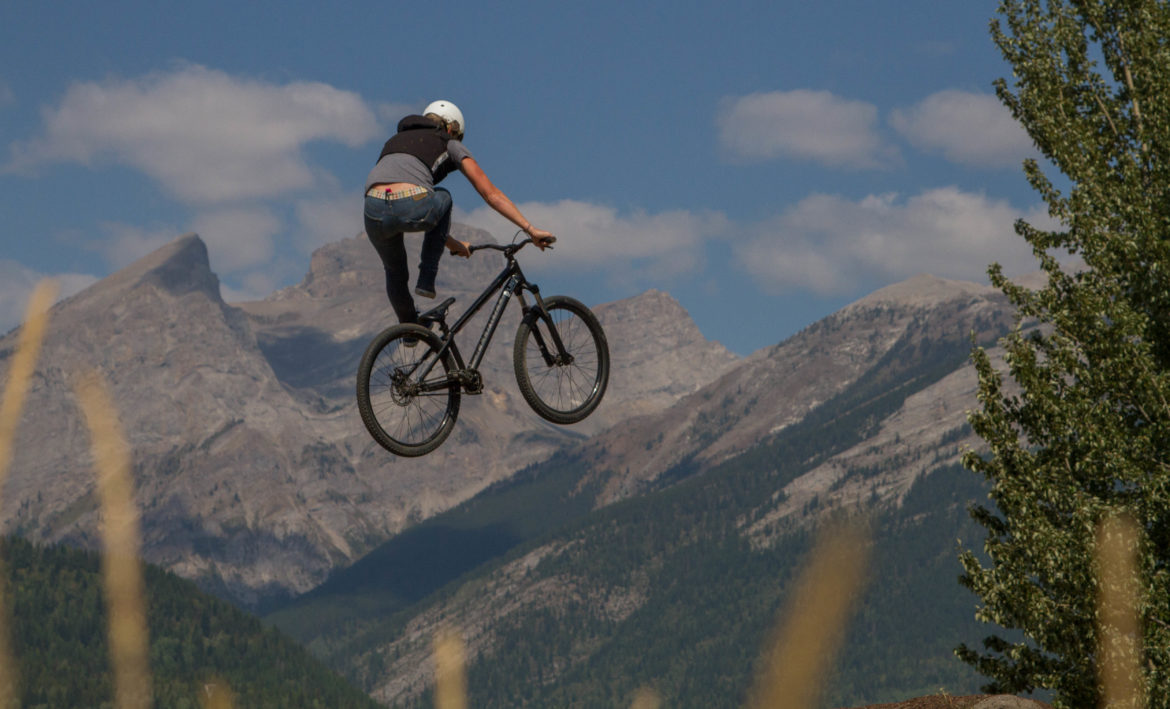 Event series like the WST allow riders to demonstrate their riding capabilities and progression across a full season, and afford competitors the opportunity to earn points toward higher-level events. The Freeride Mountain Bike World Tour (FMB) has included several annual series for men around the globe since its inception in 2010, and the WST is the first opportunity for female riders to battle it out for points and paychecks. The Women’s Slopestyle Tour is an FMB Bronze-level series, which allows riders to gain points at the national level. This will open the door to the progression and competition that these stylin’ women have been asking for over the past several years. 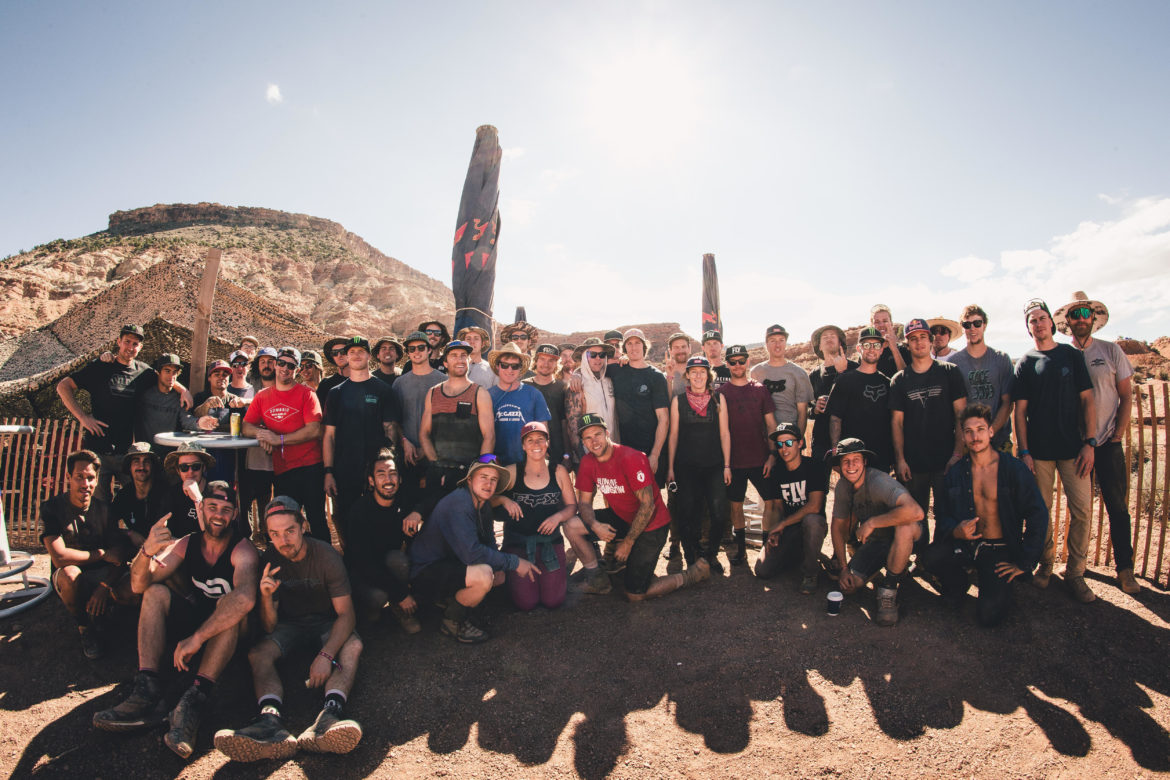 I recently had a chat with WST coordinator and dedicated backflipper Stephanie Nychka, who is a key player in expanding the sport of Slopestyle for female athletes. We got straight to the dirt of the matter.

How will partnering with the Freeride Mountain Bike World Tour influence the sport for women?

“Partnering with the FMB will allow female riders to accrue points which will be reflected in the World Tour ranking system, and by becoming a national series we are able to establish individual rankings separate from the men. In providing an official point system. recognized by other events and mountain bike entities, athletes will be able to provide tangible results in order to seek sponsorship and much-needed exposure. 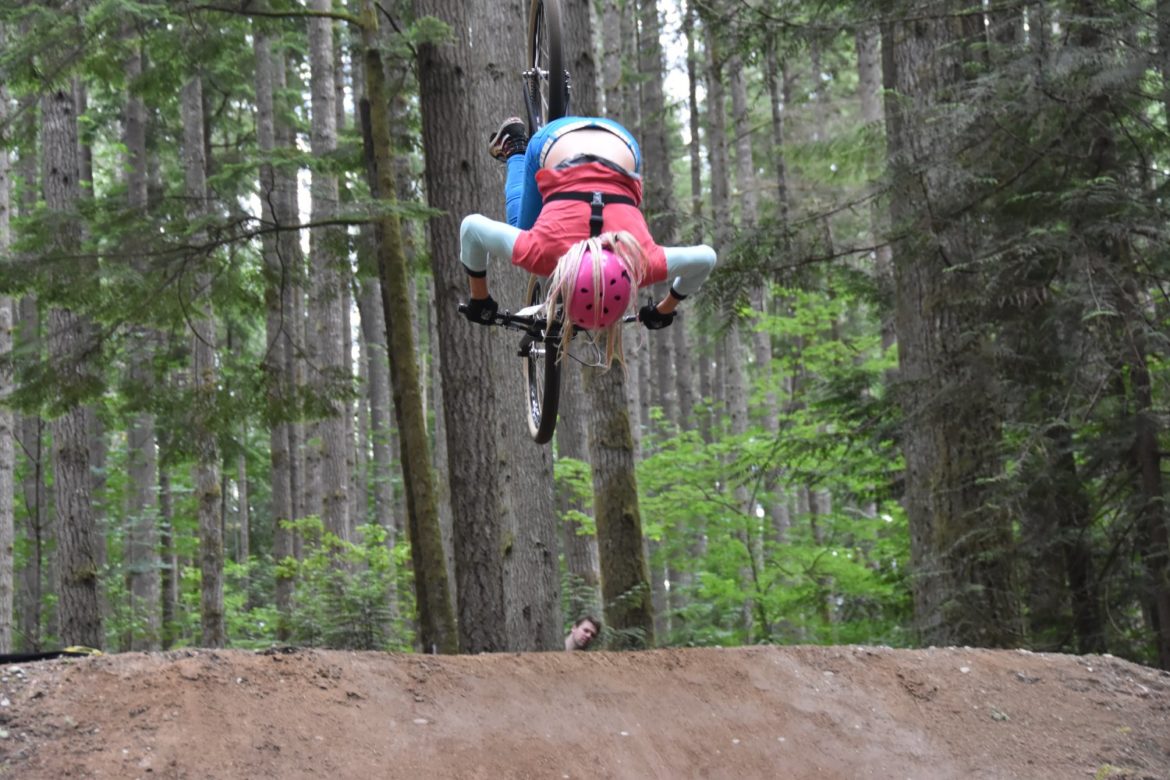 “With the introduction of the Women’s Slopestyle Tour, we are providing Dirt Jump, Big Air, and Slopestyle courses for women to ride on, allowing them to build on experience and gain confidence in competition. Not only will this showcase the caliber of riders in this style, but it will provide an avenue for women to garner exposure and accolades for their abilities and help pave the pathway for the next generation of riders.” 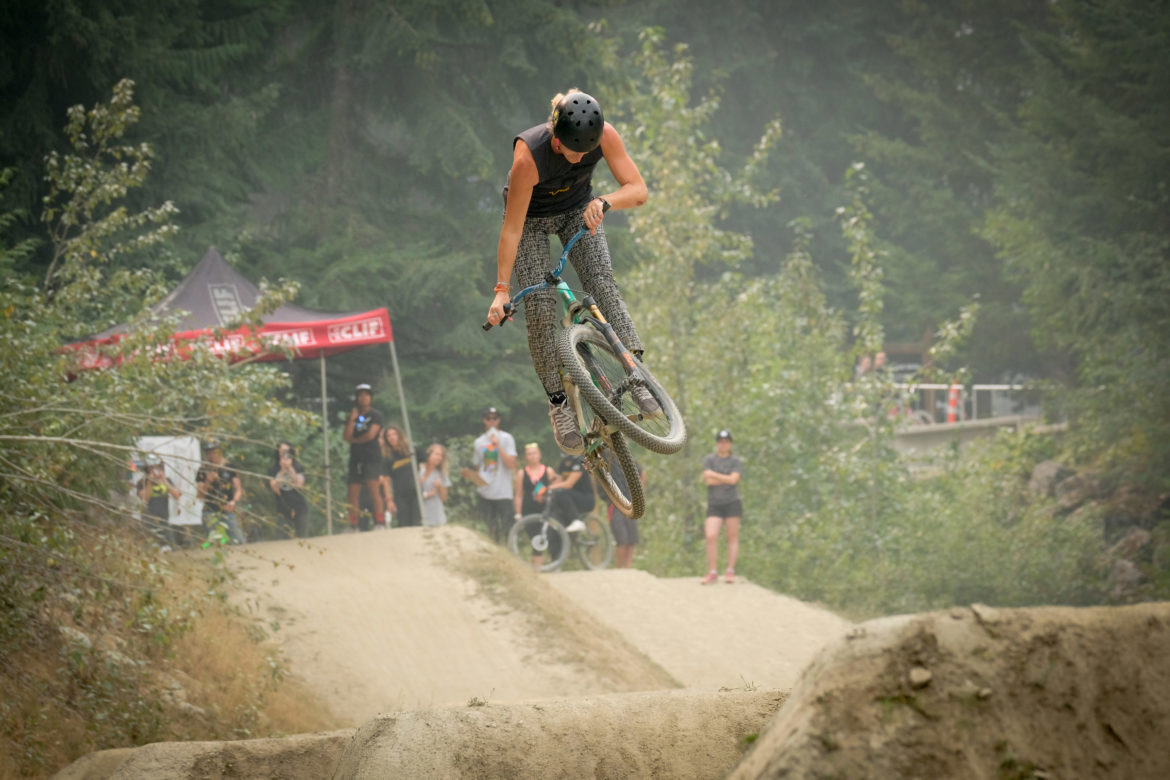 What about sponsorship? Which companies across the industry are putting up cash to sponsor the event and associated rider payouts?

“We entered the season after most companies had already tapped out their 2019 budgets, but a friend of ours from Clif who has been supportive of both Little Big and Sugar Showdown wanted to help us out.

“Sponsorship even as an individual female athlete in this industry is hard to find, let alone convincing them to sponsor a group of us. [Sponsors] want results, but our events as of yet have not been recognized by the industry. People are always willing to offer swag, but cash is a different thing and it takes a lot of money to hold an event! Each event has its own sponsors, luckily, as they’ve been running for many years on their own.”

So what prizes can competitors expect at this first round of WST events?

“There will be $1,000 in purse prizes at each event, as a requirement of FMB. And probably a water bottle and stickers. Women’s events are good like that.” 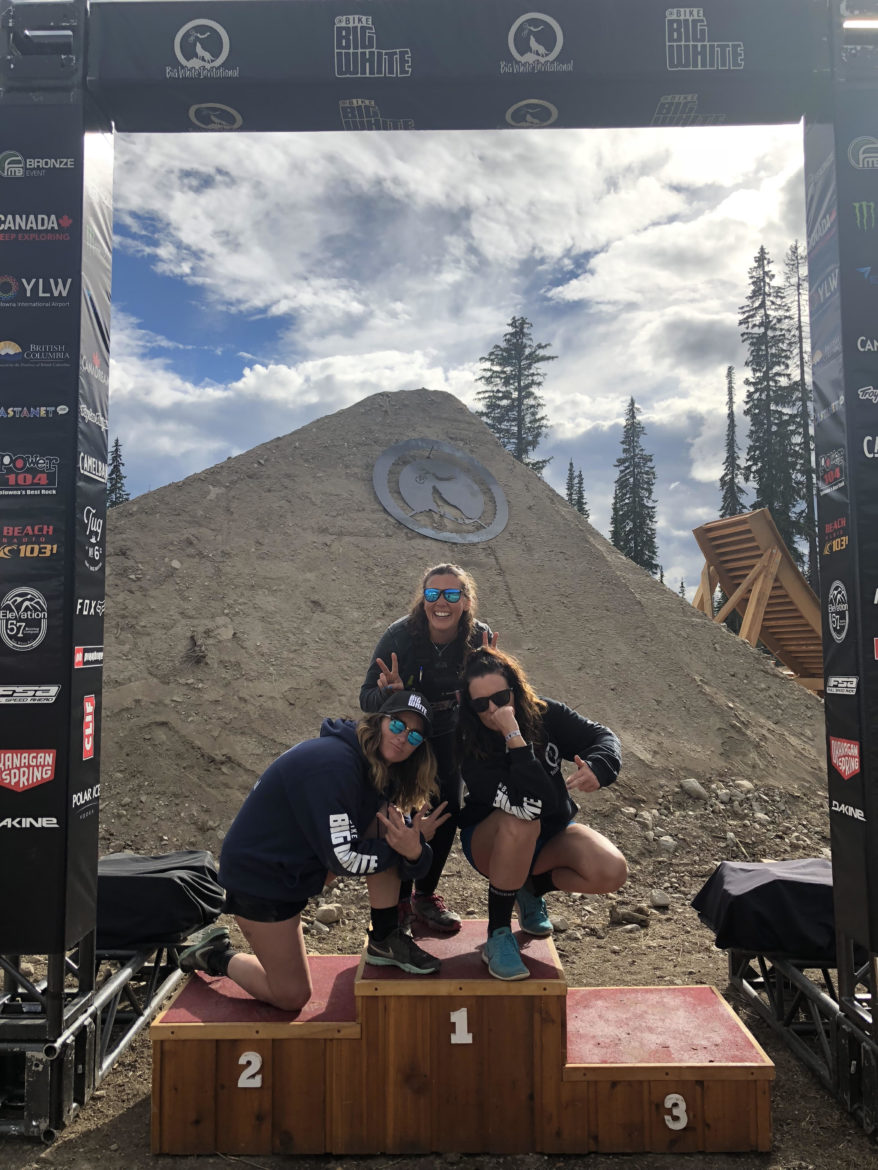 What about the jump lines? What kind of courses will riders throw themselves over at the three different locations?

“The thing I really like about our events is that they will all speak to different skills, which may mean different riders. Truckee’s course is a smaller DJ line, Sugar is Big Air tables, and Big White is a true slopestyle course.”

Finally, who are some of the women dedicated to making these events awesome? 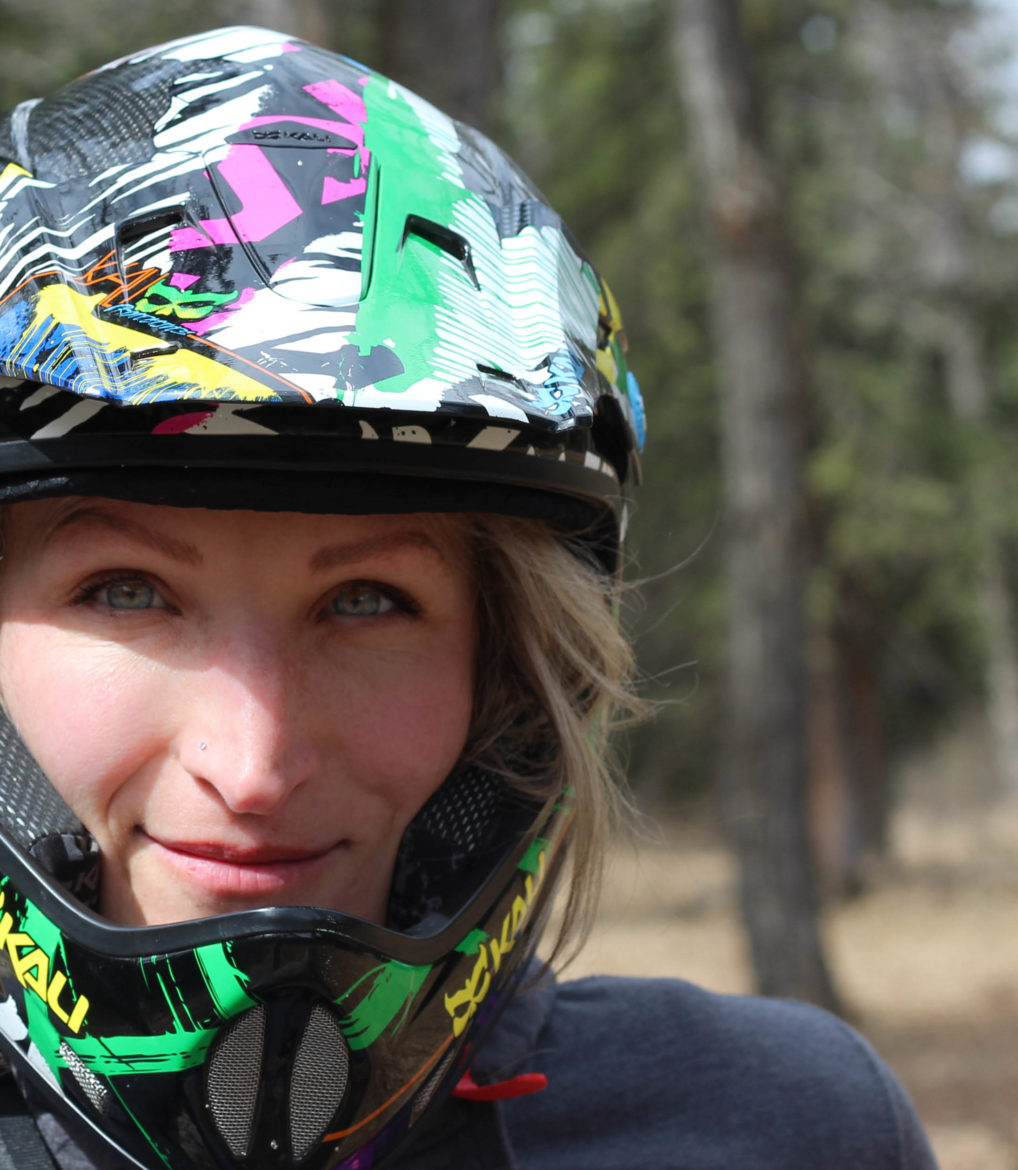 Veteran slopestyler Stephanie Nychka currently lives in Calgary, Alberta, and in addition to her work with the WST she runs a concierge service and is a mother of three munchkins. Her favorite sandwich is PB&J, of course, and she loves art, photography, riding her BMX bike, hiking, and enjoys traveling whenever possible.

What’s your favorite Slopestyle bike at the moment?

“I am sponsored by Specialized and I love my P3. It’s like riding on a cloud compared to a BMX. Slopestyle bikes, in my opinion, are all personal taste. They should feel like an extended limb. I just got sponsored by a Toronto BMX company called Alliance too, so that will be my cross-training bike!”

Nychka mentioned that her first big bite of the slopestyle pie was back in 2005 when she competed in the men’s category at the Crankworx slopestyle event.

“Kelly McGarry towed me into a couple of jumps, and it was super fun. I managed to come in top 30 of 100 lottery riders trying to get into finals, but at that point, it was just hitting the jumps rather than ticking off each of them. I held my ground. Then I went to doctorate school while they built jumps in their backyards. 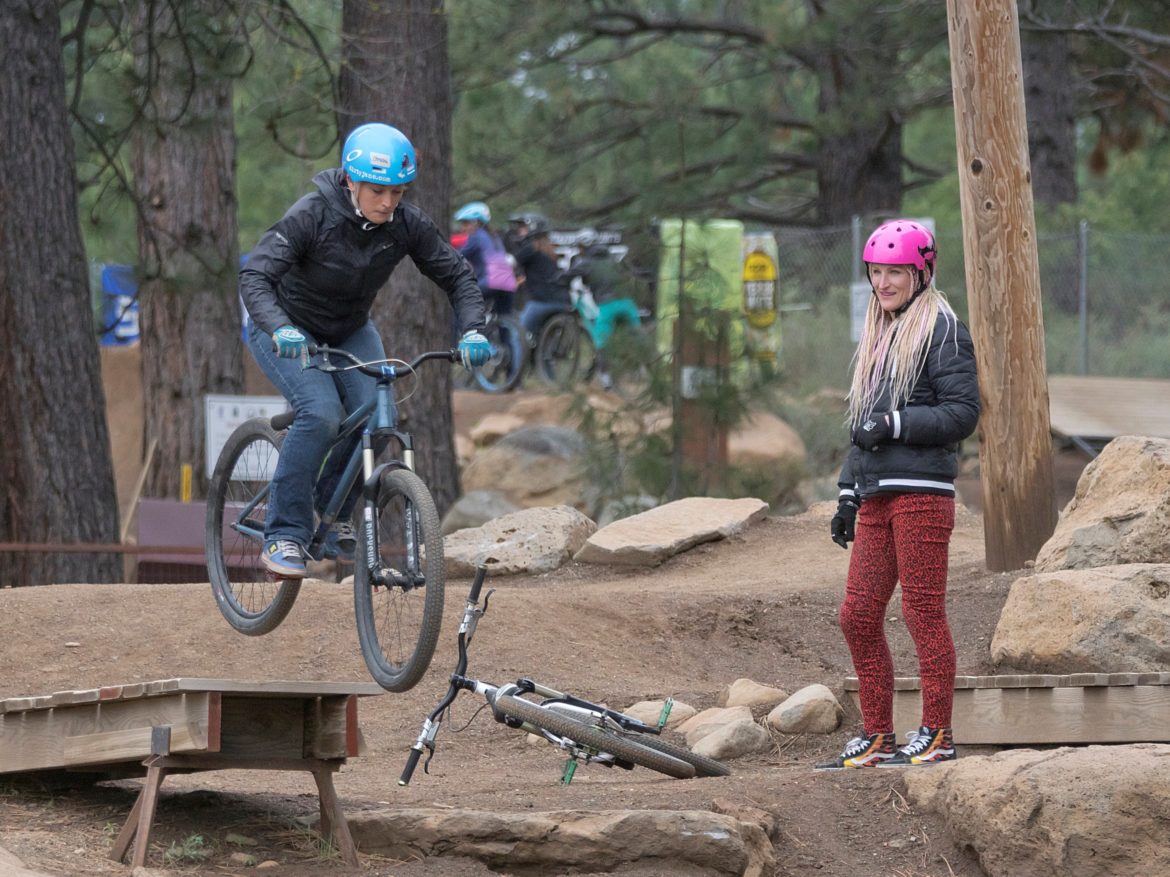 “In 2003 Clair Buchar and I were both invited to the Red Bull Freezeride in Montana, on the ski hill, and that was an incredible icy slopestyle course. I’ll never forget that one. I placed top teens in there somewhere, back when Timo Pritzel was riding. I had an incredible beginning to the sport, but then the waves just carried the men away and I was left in a dingy close to shore.” 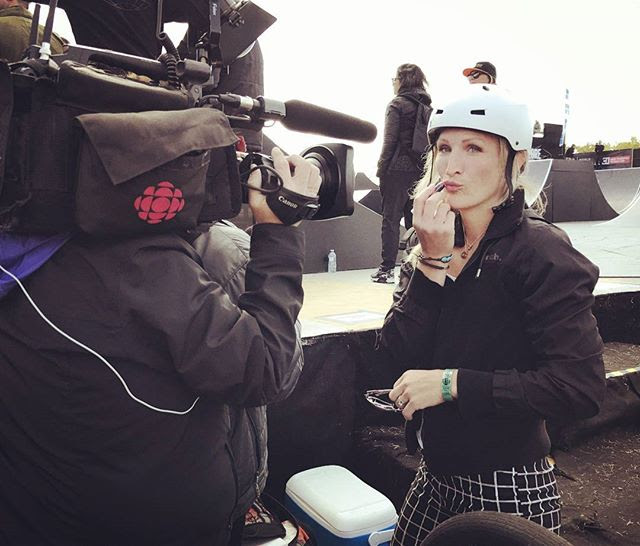 Nychka started riding mountain bikes with her roommates alongside playing volleyball in University. “We all started doing urban assault, which lent itself to DH then Freeride. I wasn’t much of a DH racer and didn’t like the pressure. I just enjoyed riding with friends and trying to do something bigger every time I rode. I really got into freeriding and Slopestyle in the early 2000s and organized SlopeSistair for a couple of years from there.”

Nychka’s path to Slopestyle took several turns as she navigated the lack of women’s events. “I was a national-level swimmer, played professional volleyball after varsity, then paved my own path in mountain biking, then just earlier this year won the first-ever Canadian Freestyle BMX championships. I decided to try out BMX a year and a half ago because there was nowhere to compete as a female DJ/Slopestyle/Freerider in our industry. I’ve progressed immensely since picking up a BMX, but also spent much more time in the hospital, haha!” 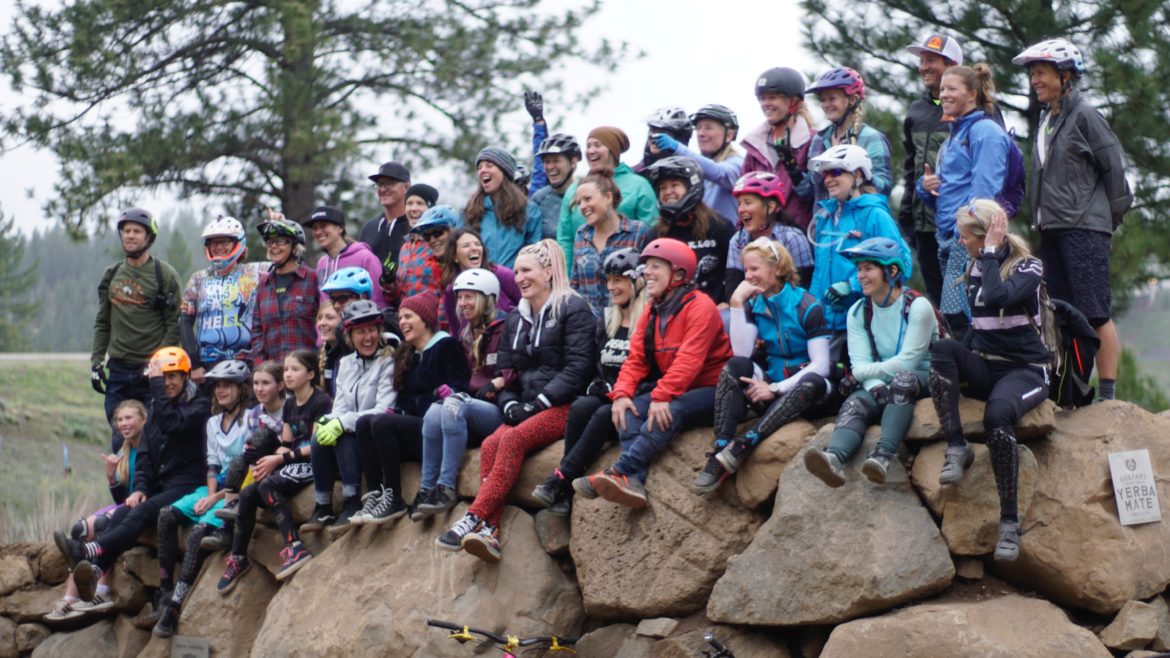 On the subject of aerial fashion, Nychka shared a bit about her favorite tricks. “Anything new that I learn, I love. I’m finessing a superman seat grab, working on bar spins, but maybe my biggest and most fun currently is just a good old backflip.”

Finally, since we know that Singletracks readers love to hear about different places to ride, I asked Nychka about her local shred scene in Calgary, Alberta. “In the early 2000s we had the original Pinkbike crew, but it disbanded after everyone grew up and got jobs after university. I didn’t return for a decade after my own schooling, but two years ago, before B-Line Indoor Bike Park opened up, there were different bands of riders doing shuttle DH, enduro, DJ, etc. [Now] having the year-round bike park has really started bringing riders together again. There’s always someone to ride with whether it’s park, DJs, or in the mountains!” 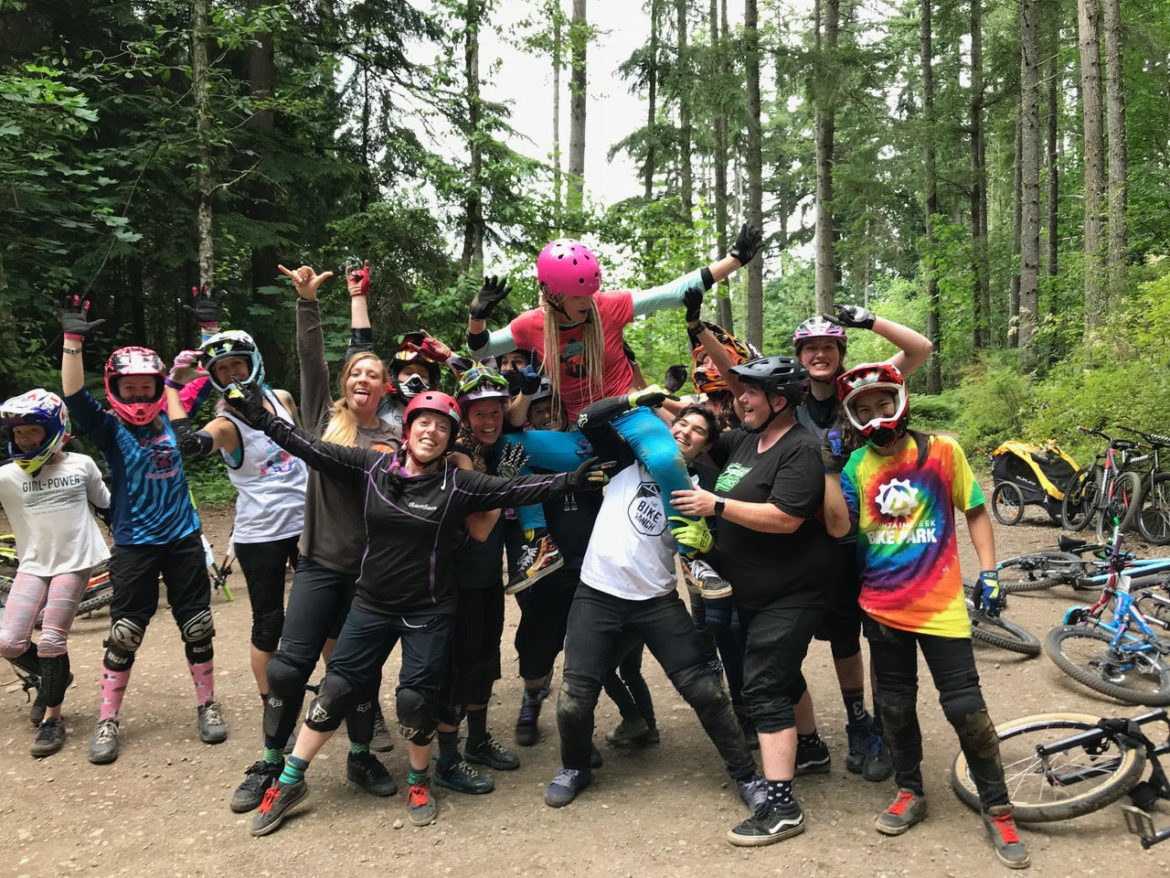 We would like to thank Stephanie Nychka for taking the time to share the WST story with our readers, and all of the ladies who have created this space to make the sport of slopestyle more inclusive.

Community
Hilltop MTB Creates Opportunities for Girls to Stay Outside and...
Community
"No Refunds" - Why Races Can't Return Your Money
Progression
An Indecent Proposal (The TransAlp Race)
Gear
Gear Watch: New RockShox Damper, a Bigger Battery for the...