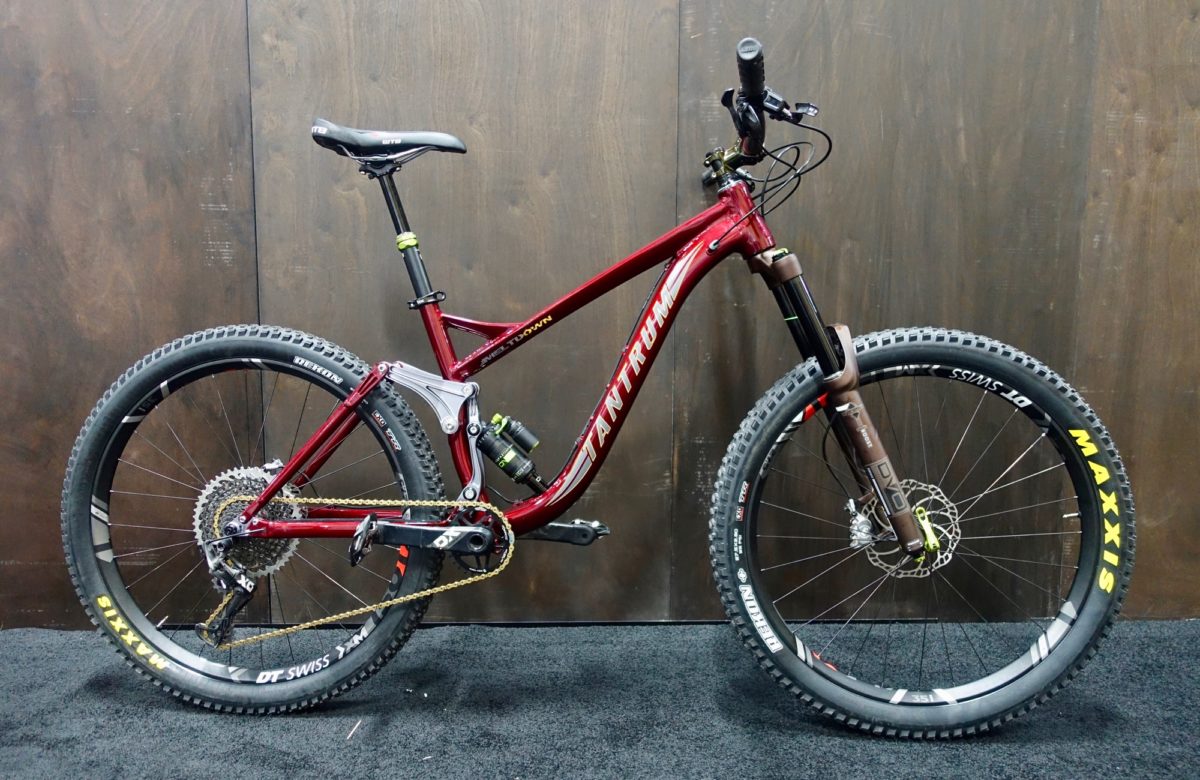 As the trail steepens and pedaling load increases, the shock actually extends, reducing the amount of shock sag as the slope gets steeper. On a steep slope under a high amount of load, the shock should reach zero sag and be fully locked out. However, despite being “locked out,” the valving is still open. According to the video linked above, the shock is still open and ready to respond to roughness in the trail, despite being rigid under pedaling load. According to Tantrum, no other shock or suspension design on the market does this. 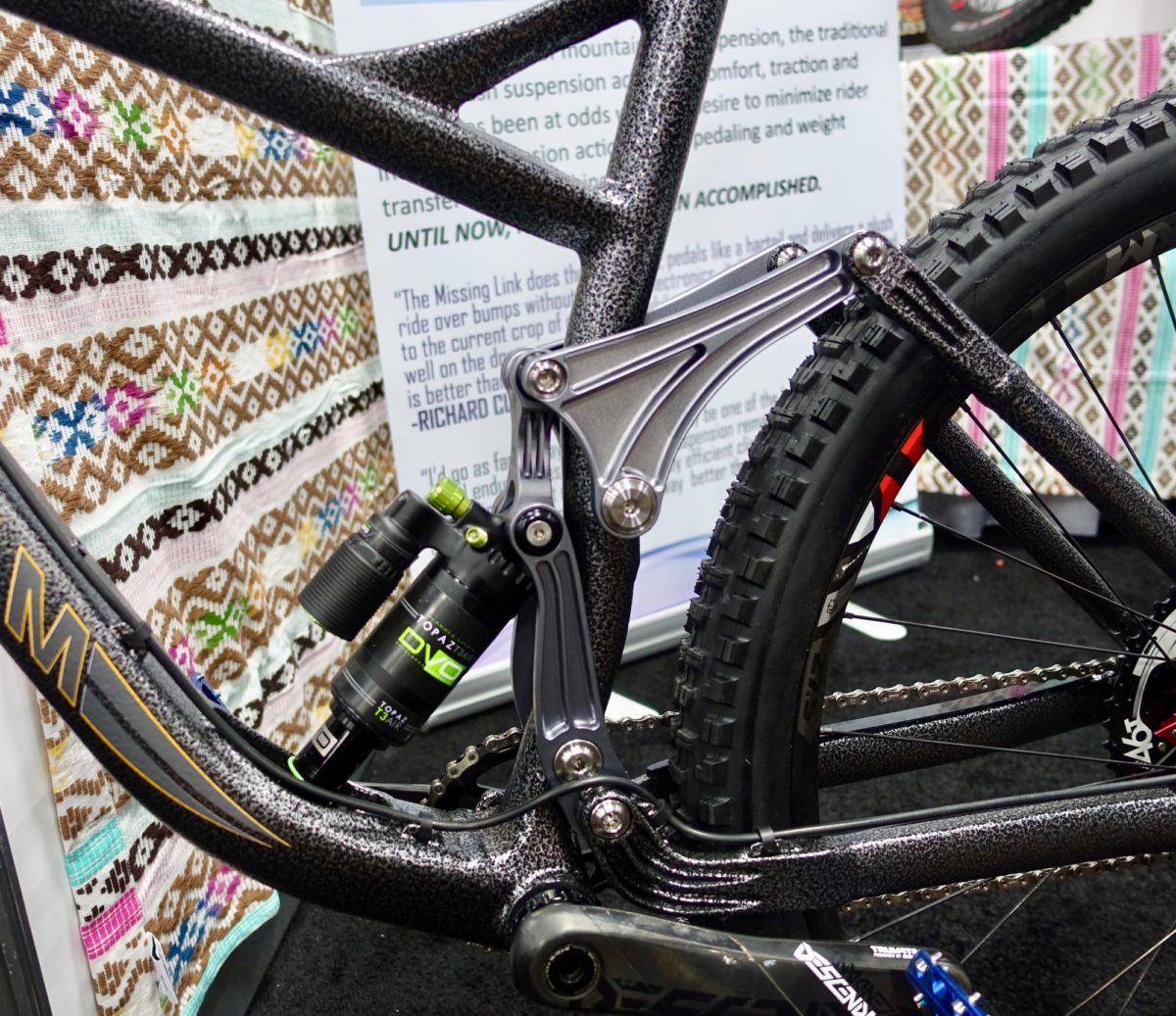 Having the sag automatically decrease as the rider climbs allows Tantrum to spec much slacker head tube angles than other brands. For example, the Meltdown Race, an enduro bike with 27.5″ wheels and 165mm of rear travel, features a 63.5° head tube angle. Despite what looks like an ultra-slack HT angle, that angle gets steeper when climbing due to the decrease in sag. Essentially, the Tantrum Meltdown automatically provides a steeper HT angle when climbing, and a slacker HT angle when descending. Genius. 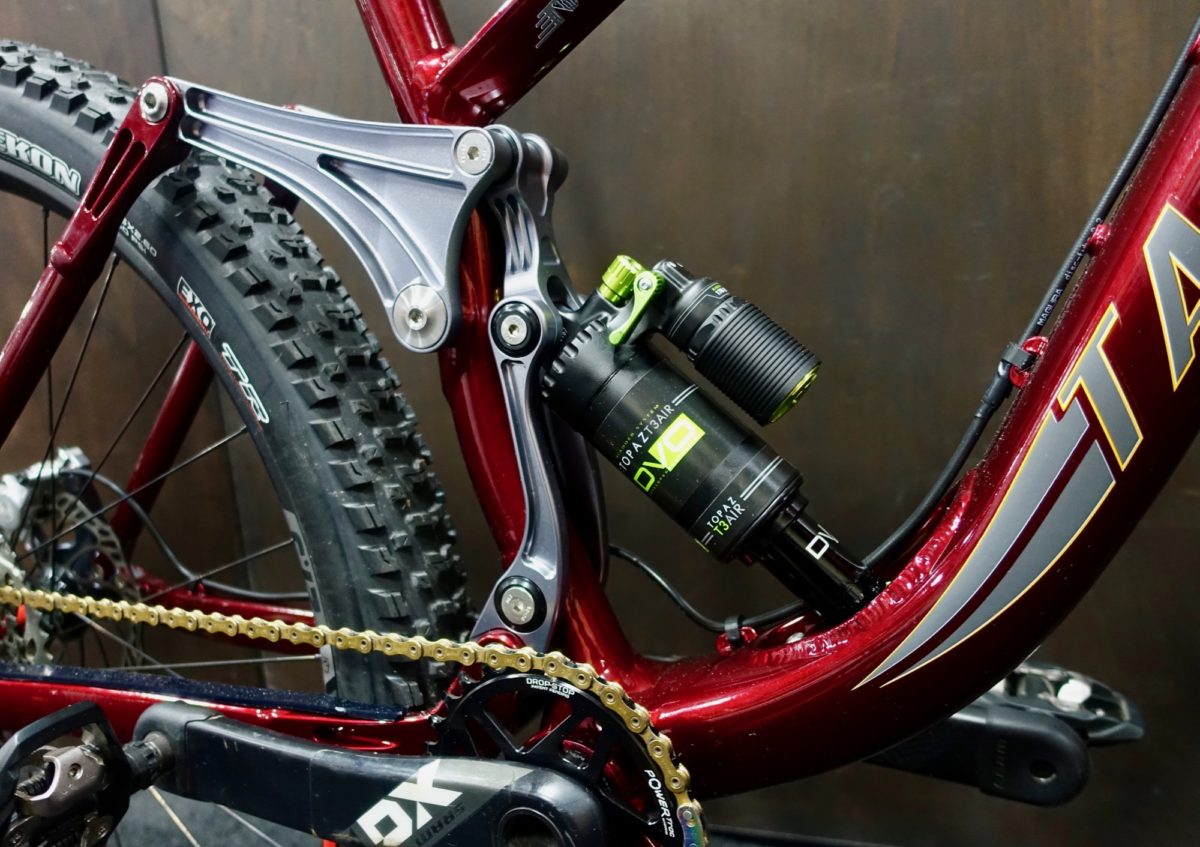 Side Note: “Tantrum Meltdown,” how’s that for a naming win?! Their 29er trail bike model is just as good: the “Tantrum Outburst.” The English nerd in me is geeking out right now.

The Tantrum bikes will be available in a variety of build kits, with special pricing currently available on Indiegogo. Right now, you can pre-order an aluminum frame with Xfusion O2 shock for $1,500, and complete builds start at $2,600.

Gear
Why are Good Rain Jackets so Expensive? We had to...
Gear
How Fat is Your Seat Tube?
Gear
Our Favorite Mountain Bikes of 2022, And All the Rest...
Gear
This Gift for Mountain Bikers Will Knock Their Socks Off
Subscribe
Login
Please login to comment
7 Comments
Most Voted
Newest Oldest
Inline Feedbacks
View all comments

Hope Singletracks can get their hands on one for a while. Interesting concept. Of course there is much more to a bike than its suspension. I have never heard of Tantrum Bikes. Do you know much about them?

How will the change in sag affect bottom bracket heights?

That’s the great bonus of the geometry adjustment. The BB height goes up as sag decrease when climbing. So the BB height are nice and low when coasting. But as soon as you get recistance in the pedals the BB height goes up and very efficiently fights pedal strikes. It’s hard to get that the suspension remains active all the time. But that’s how it works! It’s the best bike I have ever been on and I’m a very happy owner of one!

The indiegogo is closed it appears. Bikes for supporters supposedly available last spring.

Honestly I’m very interested — slack with long travel. I’m still really enjoying my WFO but standing climbing is terrible on it. Seated climbing is good, descending is good (wish it was slacker) — but technical ups are pretty weak.

if you look at their facebook page the first production frame came out aug 28th. I doubt bakers have their bikes

about 10 do to date. I’d say 5 or so have them built and running, since all but one so far was frame/shock only. There will be a few more this week and more next week. Reviews are starting to surface on other sites.

Here’s a first ride of a prototype on pink bike from 2016 https://www.pinkbike.com/news/first-ride-tantrum-missing-link.html