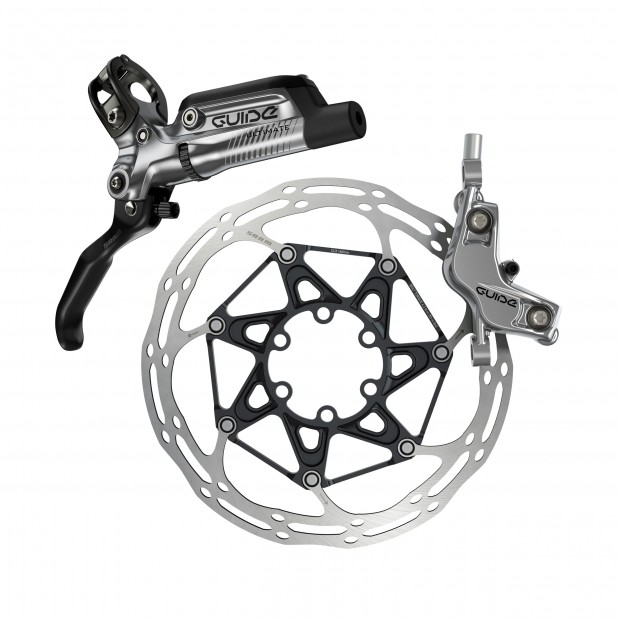 The best thing about bikes is going. Going up hill. Going down hill. Going big or going home. But all that going has to end some time, and if you’re not equipped adequately to stop, you might end up going a lot bigger than planned and eventually going home in a bag.

Thankfully, our friends at SRAM have us covered on the going and the stopping, and they’re announcing a new addition to their already-amazing Guide line of brakes, the Guide Ultimate.

They’ve paired their Centerline X rotor with some maximum-effort four-piston S4 calipers, which are actuated by way of a carbon lever. From the literature, it sounds like the levers are highly adjustable too, which makes me happy. I like being able to fiddle with that kind of thing. 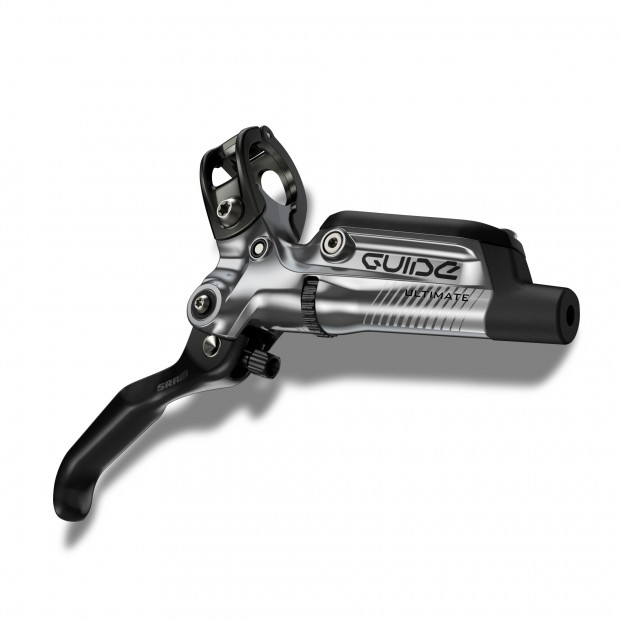 SRAM says this gear won’t be available until May, but that might not matter much unless your wallet is fatter than a fat bike’s tread pattern. If I’m understanding the MSRP table correctly, a Guide Ultimate setup would run you at least $720 USD.

The SRAM Guide brake family introduced a new standard for mountain bike brakes through rigorous design and testing, and has been proven at the highest levels of competition in the Enduro World Series and with downhill World Cup wins. With its completely new, 4-piston S4 caliper, SwingLink lever cam, and carbon lever blade, the 360-gram Guide Ultimate stands alone as the new leader in its class. It has been engineered to be light and powerful, with superior heat management capabilities, which give you better, more consistent, more reliable braking. The new caliper design also incorporates a re-designed seal and aluminum piston interface for ease of setup and improved consistency, while Bleeding Edge technology makes bleeding Guide Ultimate a quick and easy task.

Check out the full details here in this PDF from SRAM, and don’t forget. Go big or go home. Yes, absolutely. But remember to go slightly less big than death.