Santa Cruz has been churning out new and updated bikes at an impressive pace over the past year. Last fall they updated the Bronson and 5010, making them lower, slacker, and longer. Next, they launched the long-ish travel 29/27.5+ Hightower in February. And most recently came the Tallboy 3, in April. The issue for those of us with shallow pockets–or just a preference for metal–was that the updated bikes were only available in carbon. For 2017, Santa Cruz has announced that the 5010, Tallboy, and Bronson will all be available with aluminum frames. (If you were hoping for an aluminum Hightower, sorry.)

Along with the metal frames come updated build kits across the line. The high end builds that previously had SRAM’s X01 and XX1 groups get bumped up to the new 12-speed Eagle groups. Entry-level bikes are getting some 11-speed love thanks to SRAM’s NX group and Shimano’s new SLX drivetrain.

It’s good to see mid-sized companies like Santa Cruz offering their bikes at a variety of price points. There are too many builds and specs to include in one post, so I’ll just touch on some of the highlights below. For more information on geometry or build kits, visit Santa Cruz’s website, which has been updated with 2017 info.

The new 5010 comes in one of two colors: gloss red with mint decals and matte black with yellow decals. It can be had as a frame-only in aluminum for $1,899 with shock, or CC carbon frame for $2,999. There are 10 complete options available starting with the $2,599 “D” build on the aluminum frame. The top aluminum build is the “S,” which gets you a Fox 34 Performance fork, SRAM GX drivetrain and Guide brakes, and a Reverb dropper, all for $3,899.

Above the aluminum bikes, Santa Cruz offers their mid range “C” carbon frames and at the top of the heap, the “CC” carbon frames. The XX1 build on a CC frame will run you $7,999. 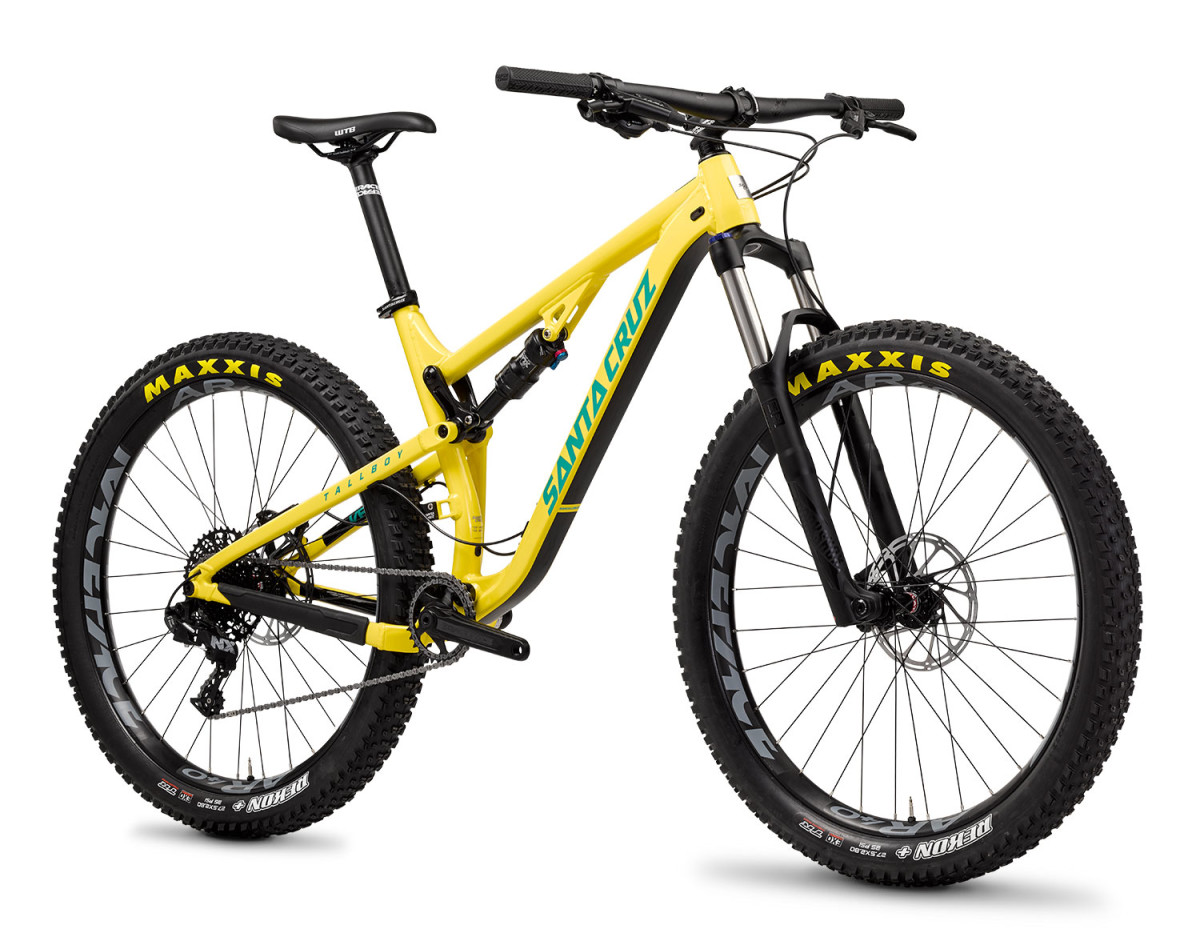 The Bronson has slightly fewer build options, but still starts at a reasonable $2,999. That gets you a Fox fork, SRAM NX drivetrain, and Level brakes, but sadly, no dropper. Stepping up to the S build gets you substantially better components for an additional $900. Highlights include: Pike fork, beefier Guide brakes, 27mm-wide Race Face rims, and a Reverb dropper.

2017 colors for the Bronson are the slate blue and orange shown above, or matte black with slate blue decals.

Gear
The WTB Raddler Gravel Tire is Fast Down the Middle,...
Gear
The Specialized Stumpjumper Trail Bike is On Sale, Along With...
Sponsored
What Mountain Bikers Need to Know About Bicycle Insurance
Gear
Matt and Jeff Weigh in on the Least Useful MTB...
Subscribe
Login
Please login to comment
2 Comments
Most Voted
Newest Oldest
Inline Feedbacks
View all comments

Love the new Santa Cruz price points! I was previously just viewing their cheapest model, the Heckler, but as I did so, I longed to feel that I could spend more money to buy one of their higher end models, which generally had substantially better components. The Santa Cruz Bronson, Tallboy, and V10 are probably my models, but unfortunately purchasing these bikes came with a huge hole in my wallet… This presented a pretty big problem, since I’m hard-set on snagging a Santa Cruz bike. But, with these new price points, the Bronson and Tallboy are NOT out of reach! Thanks, Santa Cruz!

any reviews on these bikes yet??