Freddie Mercury of Queen put it best in the opening lines of Bohemian Rhapsody:

Is this the real life?
Is this just fantasy?
Caught in a landslide,
No escape from reality.

Open your eyes,
Look up to the skies and see.

How many times have you heard this language used when talking about mountain biking?

Based on this logic, what does the “real life” entail? Sitting in traffic on our way to work, clocking in, sitting in our cubicles staring at a screen all day with artificial light beating down on our heads, and earning this thing we call “money.” We then use that money to pay the mortgages on our houses and put food in our mouths. Oh, and don’t forget paying for the car to get to the job to earn the money to buy the house–the house that you’re never at because you’re working all the time.

What about social life? Don’t forget that. We’ve gotta remember the time spent bellied up to the bar dropping 12 bucks a drink, plus tip. Don’t get me started on the cost of dates. (What a great way to keep you returning to your cubicle.)

After we wrap up the drinking binge and catch a cab home, leaving that expensive car sitting on the side of the road (that’ll be a parking ticket), we plop down in front of the TV for a couple of hours–as if the 8-10 hours spent in a cubicle staring at a screen earlier in the day wasn’t bad enough.

Because that’s where the subconscious logic displayed by this language leads us.

If mountain biking is only considered to be a coping mechanism for “real life,” a form of escapism, or even a mental and physical training grounds for the rest of life, then by definition it isn’t real life itself.

I reject this view that “real life” is the endless drudgery of staring at screens instead of trees, paying bills, making small talk, and worrying about what our neighbors think of us.

I reject that version of so-called real life, and instead replace it with riding bikes.

See, the thing is, there are few things in life that make me feel as alive, as real, as connected to the planet around me as pedaling a bike through the forest. The wind in my face, the exertion of grinding up a long climb, the consequences of missing a turn and flying off the mountainside–when you’re in that moment and are vibrantly engaged in what’s taking place, I don’t think there’s any question of “is this real?” or “am I escaping my problems?” Rather, there’s only that moment, only that experience–and that experience is GOOD!

Put another way, have you ever been on a mountain bike ride and thought to yourself, “man, I wish I was working on that spreadsheet at the office right now”? If you answered “no” to that question, then why would work and the house and the bills be real life?

You weren’t born to just pay bills and die. 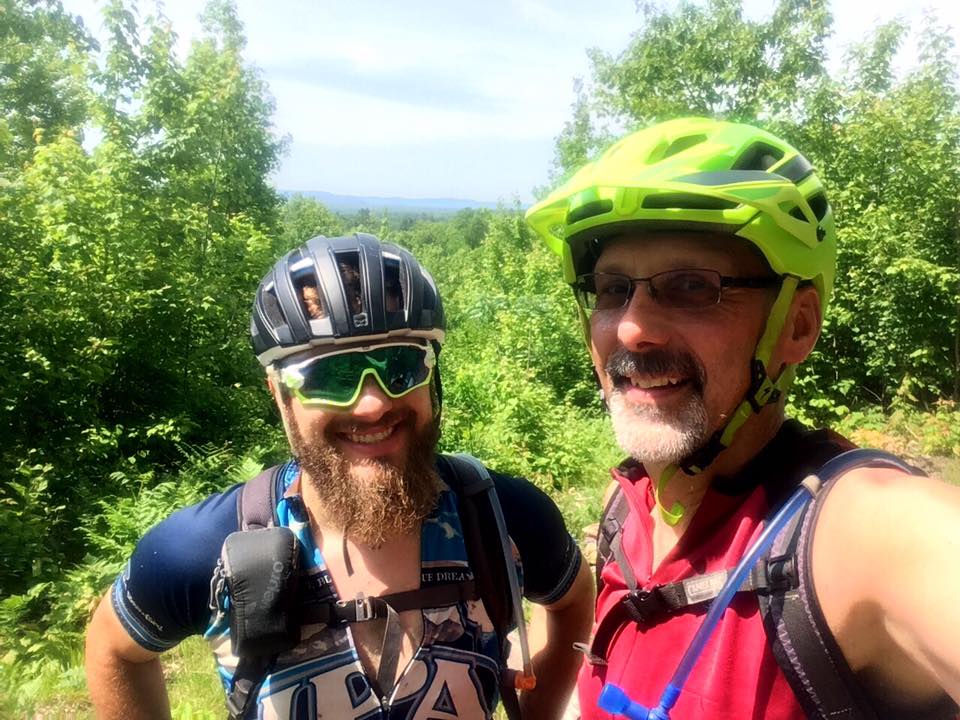 I do think that there’s at least one aspect that is vitally important to real life: real relationships with other people that pass the conversational level of “so, what do you do for a living?” that you might have at the bar mentioned above. (Which, again, cements the idea that our occupations are the most important things about us.)

So grab your bike, grab a few friends, and embrace reality by going for a mountain bike ride!

Leave that fake life at the office.

Ah, my friend, what sage advice. Believe me, life goes fast. Sometimes, as I’m traveling around the country I wonder where the hell 30 years went. It goes fast, that’s what I know. And while you are here, you should make yourself happy doing the things you love, help other people, and stop worrying about accumulating crap that you have to pay for by working more hours.

When you’re near the end, you are not going to look up at your family and say, ” damn, I should have spent more time at the office.” You’ll be wishing you spent more time on your bike.

…whoops – that was supposed to be 2 thumbs-up emoji’s, but posted as a bunch of question marks instead. ?! So yeah – 2 thumbs-up on your reply…

I’m starting to learn this myself. Going through a bit of a transition in life, and figuring out what’s really important. Biking is more important.