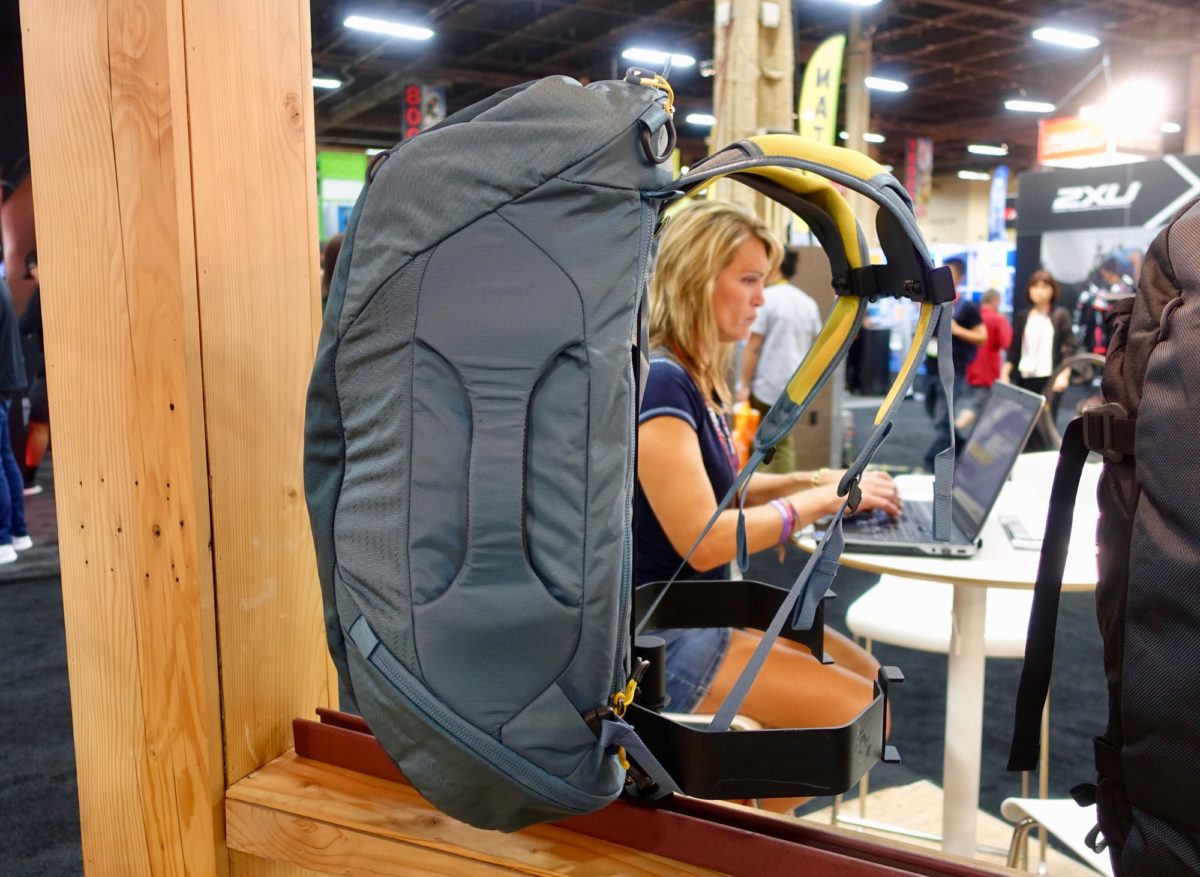 At the end of my Mountainsmith Bike Cube review, I said, “the lack of refinement makes the Bike Cube seem like a missed opportunity.” Just a couple weeks later I was confronted by what the Bike Cube could have been, but wasn’t: Osprey’s TrailKit and BigKit gear hauling bags. 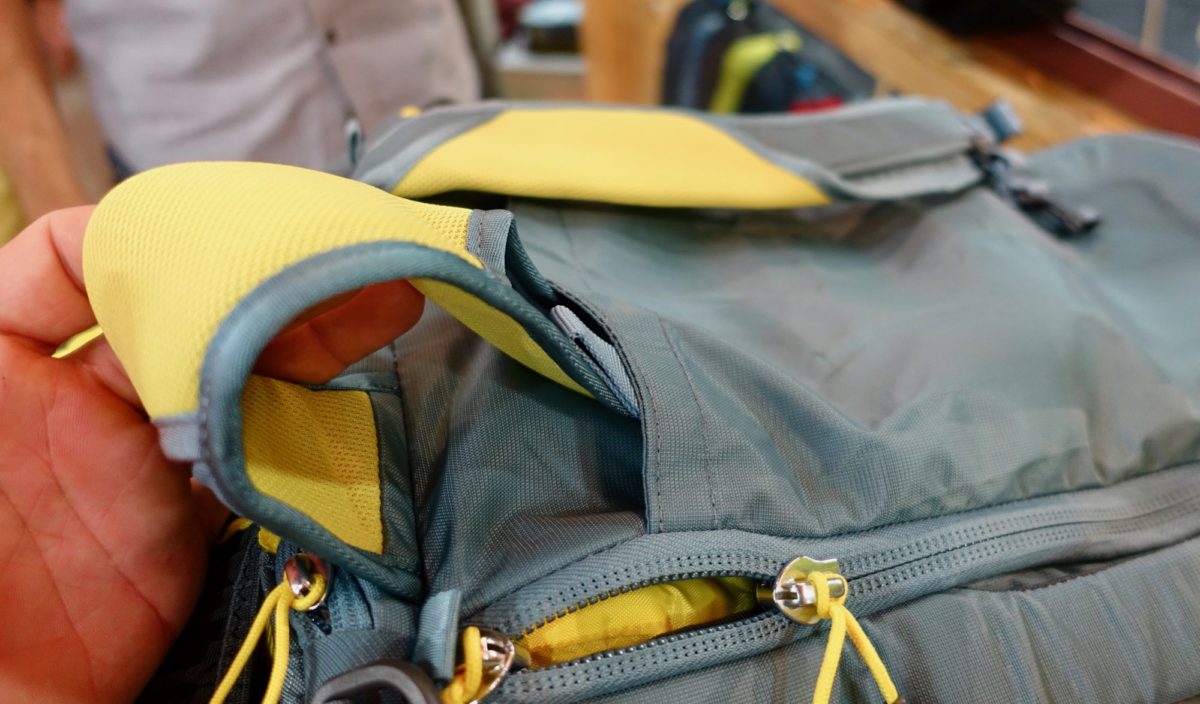 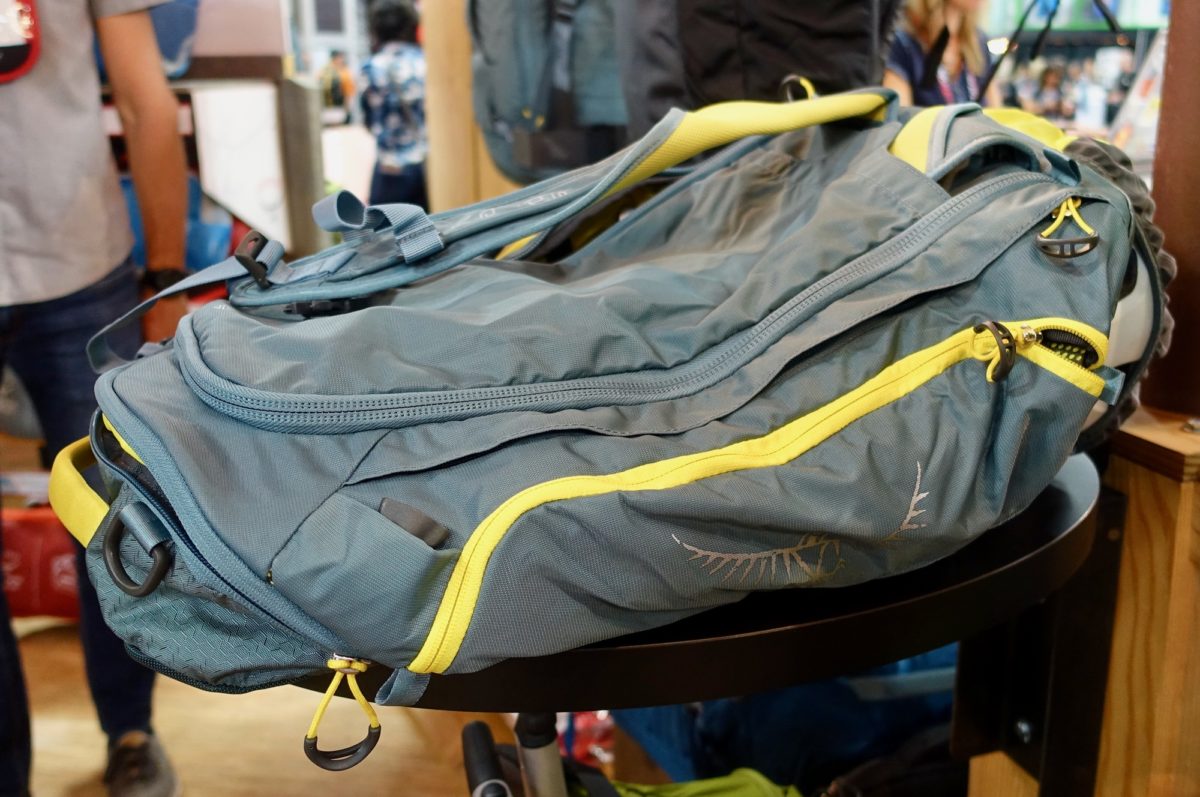 The TrailKit is optimized for mountain biking, with features such as a helmet carry, ventilated shoe pocket, padded eyewear pocket, and a plethora of smaller pockets for all kinds of odds and ends. The bag has D-rings for adding a sling-style shoulder strap, and it also has a pair of backpack-style shoulder straps built in. The backpack straps can easily be tucked away into protected garages if you’re not using them, or if you’re checking the bag when flying. 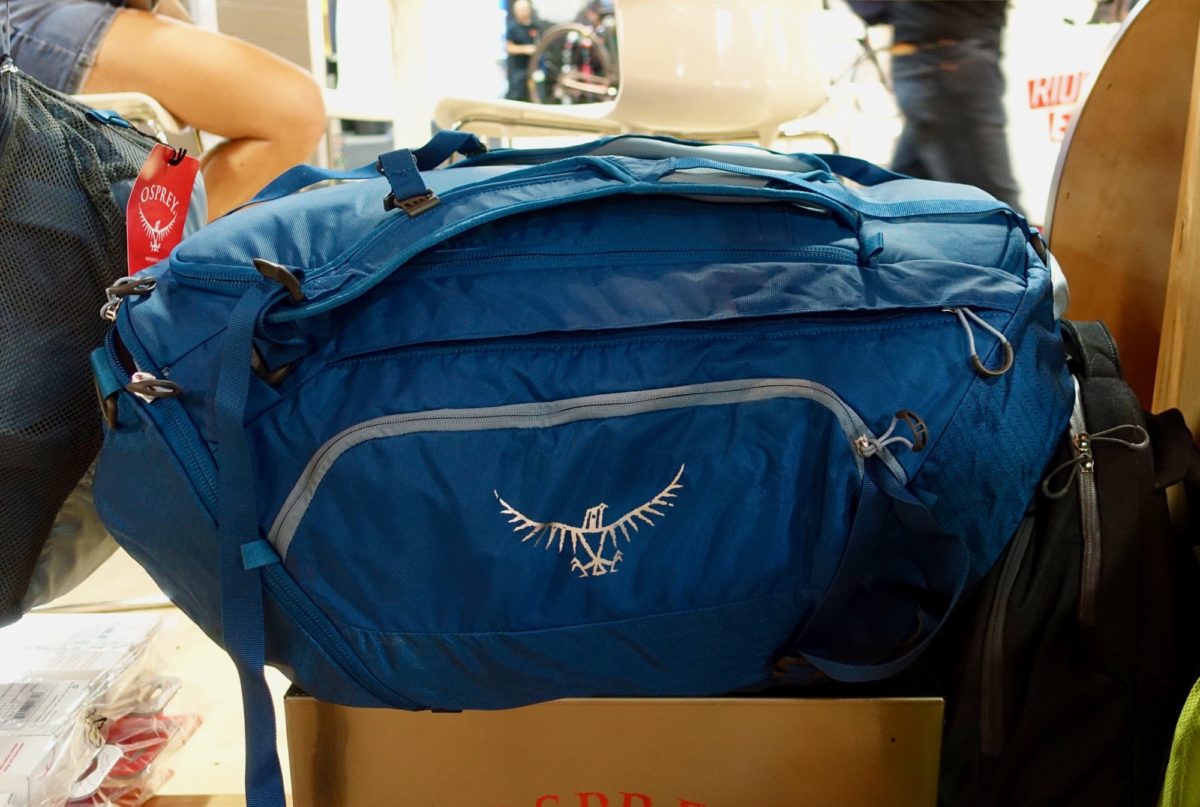 While Osprey offers an intermediate-sized “SnowKit” bag with 45 liters of storage optimized for snow sports, if you’re going to size up from the bike-optimized TrailKit, why stop there? You might as well go for the BigKit, with a whopping 75 liters of storage!

The BigKit features many of the same well-engineered pockets for gear like helmets and footwear (the footwear pocket is large enough for ski–or fat bike–boots), but maximizes the capacity. I could easily see checking this bag when flying, both domestically and abroad.

Gear
Never Underestimate the Power of a Good Zip-tie
Gear
These MTB Deals are Fire, including 40% off Patagonia Dirt...
Gear
The Maxxis Minion DHF Tire is Still the One to...
Progression
Sizing Up or Down Plus Handlebar Widths and Crankarm Lengths:...
Subscribe
Login
Please login to comment
1 Comment
Most Voted
Newest Oldest
Inline Feedbacks
View all comments