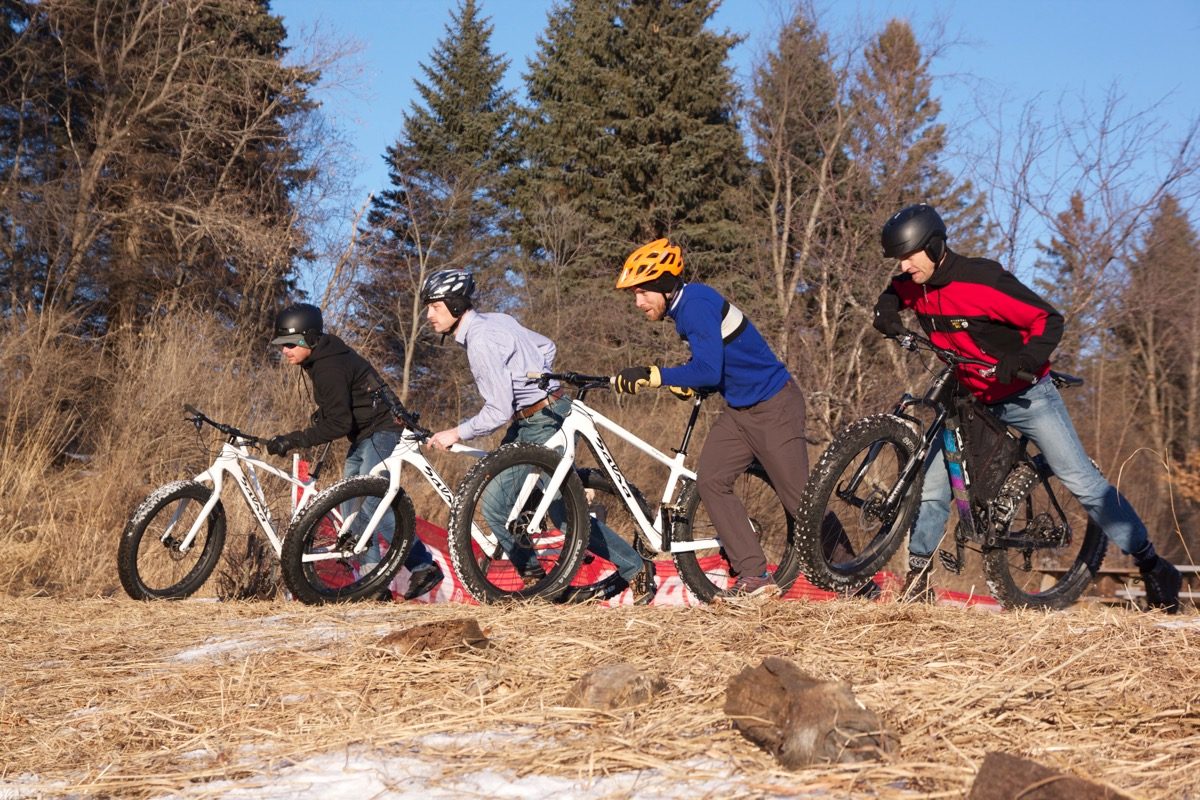 Sure, mountain biking is full of diversity: we have guys who shave their legs and race lightweight XC bikes, bros who shred DH bikes in full face helmets, and men with beards who ride fat bikes in the snow. But wait a minute–these are all men! And if you’re like me, you probably also imagined each of these guys to be Caucasian too.

Now before you jump right to the comments, let me be clear: I’m not out to advocate anything with regards to diversity or demographics within our sport. I am, however, interested in understanding where we are right now and where we might be heading in the future. With that in mind, here are some stats about mountain bikers’ ethnicity, gender, age, and household income. Note that this data applies mainly to mountain bikers within the US and Canada, and any survey data I reference applies to Singletracks.com readers only. (About 1 million mountain bikers visit Singletracks each month, so I’m using our readership as a decent representation of mountain bikers as a whole.) 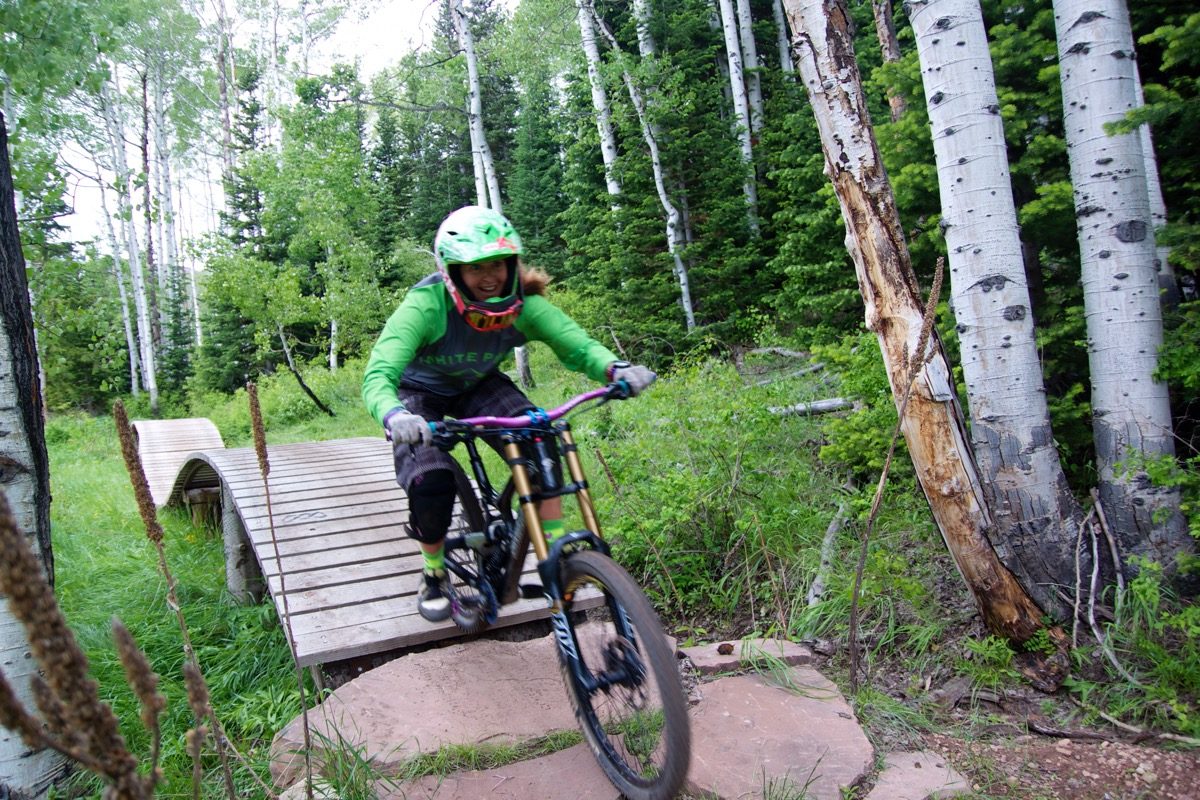 The first few times people asked me what percentage of Singletracks viewers were female, I was honestly embarrassed to tell them it was only about 15%. But I quickly realized that this isn’t unusual for a mountain bike publication; in fact, some people congratulated us for having such a high number!

Looking at our latest survey data, only about 5% of the responses came from females. Google Analytics tells us that about 13% of our readers are female, while Quantcast, another third party source, estimates 18% of Singletracks readers are female. Now some might claim these stats are biased because there are more men on the internet than women, but the fact is that today women actually outnumber men online in North America, representing 52% of all online users.

So, if I’m being generous, my guess is that at most, 2 out of 10 mountain bikers are women. It’s actually difficult to find another activity that has such lopsided gender participation numbers. 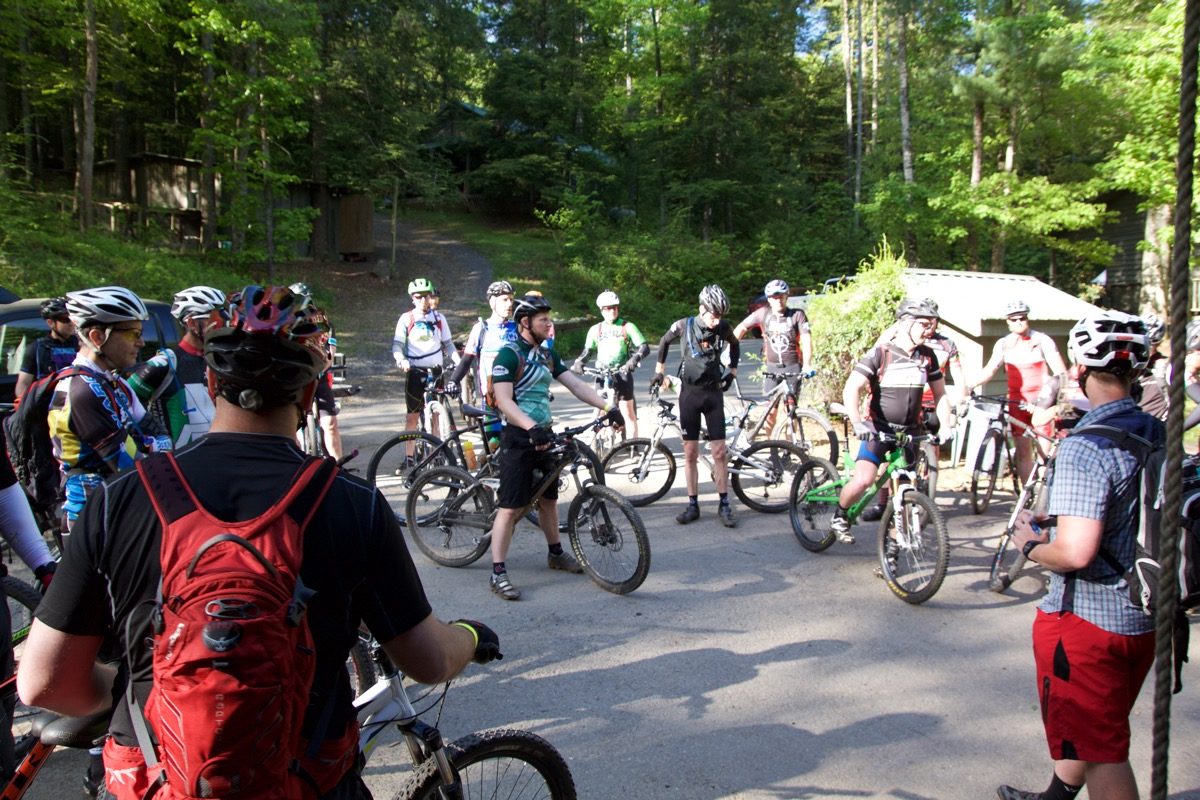 According to our latest survey, more than 90% of Singletracks readers are Caucasian. I started to build a pie chart to show the breakdown but realized it would be impossible to label anything other than the Caucasian slice!

Our survey shows about 4% of our readers are Hispanic, 3% are Asian, and 1% are African American. Truthfully, all of these numbers are rounded up so they’re not even as as “big” as they appear. Quantcast data paints a similar, though slightly more diverse picture: 6% Hispanic, 4% Asian, and 3% African American.

Most of us, outside of a few diverse locations, can probably vouch for these numbers by taking a look around at the riders at the local trailhead on a Saturday morning. Compared to the US population at large, where 2010 Census Data shows 16% of citizens are Hispanic and 13% are African American, we see just how unusually white mountain biking is.

In researching this article I came across a report from People For Bikes, which summarized some of their findings around biking and ethnicity. I won’t go into detail here so if you’re interested in learning more, definitely follow the link above. But here are some of their key takeaways:

So it seems the tides may be changing, though there is still a long way to go.

Mountain biking is an active, physical sport, so one might assume mountain bikers are, on average, a younger group of folks. It turns out this is partially correct: 3% of Singletracks readers are over the age of 65 compared to 12%+ of the US population. But at the other end of the spectrum, 26% of the US population is under the age of 18, compared to only 12% of Singletracks readers. (Of course many people under the age of 18 are toddlers, so we’ll cut them some slack.)

Judging by the success and promotion of high school mountain bike leagues, apparently we aren’t the first to notice a “bulge” in mountain biker demographics at the middle age mark. Could senior citizen MTB leagues be just around the corner? eMTB manufacturers certainly seem to think so.

Looking at Singletracks reader demographics, we find households earning $50K or less each year are under-represented compared to the US population at large based on Census data, while those earning more than $100K a year are over-represented.

On the one hand, it’s not surprising that mountain biking attracts more high income households given the cost of getting into the sport. On the other hand, ultra-low income households have few recreation options available, which makes the nearly-zero incremental cost of biking appealing. That is, biking is basically free once you have a bike. Non-profit organizations like Trips for Kids (TFK) seem to recognize this, giving low income, ethnically-diverse, young riders exposure to mountain biking through their programs. TFK for the trifecta!

Remember at the beginning of the article when I said I wasn’t advocating anything? I’ll stick to my promise here, but I will say this: there are tremendous benefits to diversity. Heck, a Google search for “benefits of diversity” returns 209 million results, including articles about how it’s good for business, communities, and society at large.

Mountain biking is a tremendously positive activity–it’s healthy, fun, and often awe-inspiring–and I can honestly say I love being a part of the community of riders around the world. Now, I wonder what the sport would be like if mountain bikers were just as diverse as the world around us?