For the past week or so Niner has been teasing the release of some new bikes on their Facebook page. There was rampant speculation about exactly what the surprise would entail, with probably the most common opinion being a fat bike. Well, Niner fat bike enthusiasts everywhere were disappointed when the email dropped today, without a fat bike in it. But Niner’s new bike releases continue a trend of theirs of offering affordable, high-quality bikes that the average Joe can afford.

While some people might not think that talking about affordable, budget-conscious mountain bikes is all that interesting, for most of us a $5,000+ bike is out of reach… or even if we could spend that kind of money, we’d regret it afterwards. In mid-2014 Niner began a trend of repackaging and offering their top-tier bikes with build kits that are more affordable than ever before–but still offer bomber performance. This trend is amplified many times over with these new bike releases. 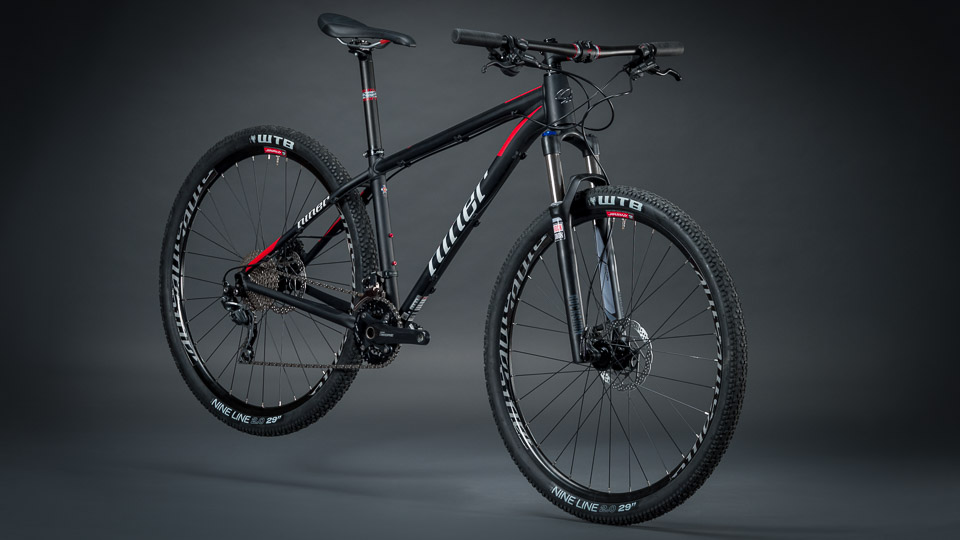 But what’s NOT standard is that Niner is selling a stock $1,499 bike. This formerly high end-only brand is continuing to blow out their lower end by dropping prices and tweaking packages and offerings. Sure, there were older models of the EMD 9, but based on my research Niner has actually dropped the price of their latest version compared to previous models.

Full specs on the new EMD 9: 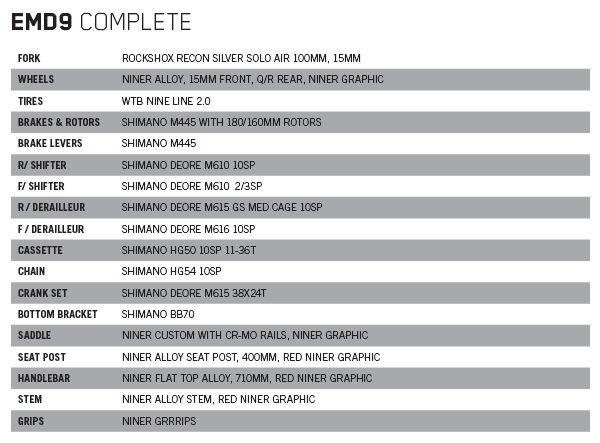 Niner has also released two more affordable versions of the Jet 9 and the RIP 9, dubbed the Jet 9 Carbon and RIP 9 Carbon, respectively. Personally I think these names are a bit misleading, as these new “carbon” bikes both feature a carbon front triangle and an aluminum rear triangle in an attempt to shave dollars off of the RDO-level builds. 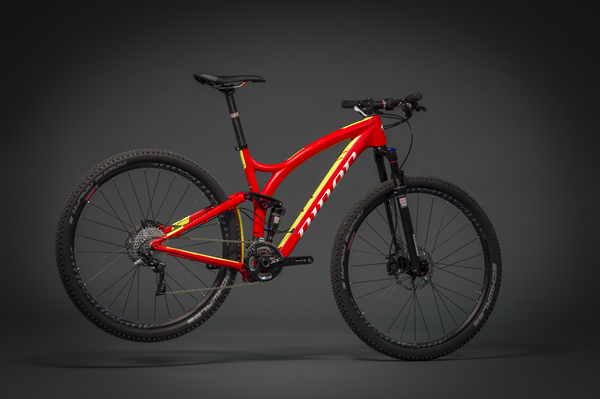 The Jet 9 Carbon, pictured above, is available with different build kits ranging in price from $3,299 to $4,699. Check out the different build options Niner is offering: 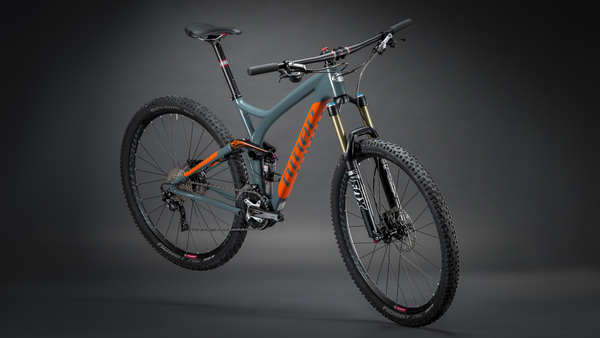 While perhaps these aren’t the most glamorous changes Niner could have made to their lineup, continuing to drop the price of entry for high quality mountain bikes is a trend that the mountain biking industry desperately needs to continue–and to spread to other companies.

Te red and yellow of the Jet 9 is ok, but not great and their overall color schemes are horrible. I feel like this is what happens when you have a small company with less rescources trying to do what Santa Cruz, a larger company with better resources, has been doing lately with it’s graphics and colors. All of the newer SC bikes look pretty good. The same can not be said for the newer Niners.

Did they lower the price on the ROS 9?