A mountain biking person by the name of Cam Zink will attempt to break the world record dirt-to-dirt back flip August 21st at Mammoth Mountain Ski Area by backflipping over one hundred feet. If he succeeds, he will surpass the former world record of 78 feet, which is held by Cam Zink’s arch enemy: Past Cam Zink.

Past Cam Zink completed the 78 foot jump in the past; a year called 2013. But Present Cam Zink is on track to make Past Cam Zink look like a total amateur. With luck, Present Cam Zink’s record will stand against any attempts by Future Cam Zink, whose movements, due to the vagaries of something called “the arrow of time,” are not yet known or understood.

In order to cover the 100 foot gap, Present Cam Zink will reach speeds in excess of 45mph, which means he will be in the air for nearly 1 1/2 seconds. That may not sound like a long time, but upside down at 45mph (or 66 feet per second) it is an eternity. If you don’t believe me, go back in time and ask Past Cam Zink.

Keep in mind as well that the world’s greatest daredevil Evel Kneivel’s longest successful jump was 133 feet, and that was on a motorcycle. All Present Cam Zink has to power his bike are his legs, gravity, and a set of 14″ diameter depleted uranium ball bearings that gong when he pedals.

I know I speak for the rest of the Singletracks editorial team when I say godspeed and good luck, Cam Zink!

Check out more photos from practice for his 2014 jump, here: 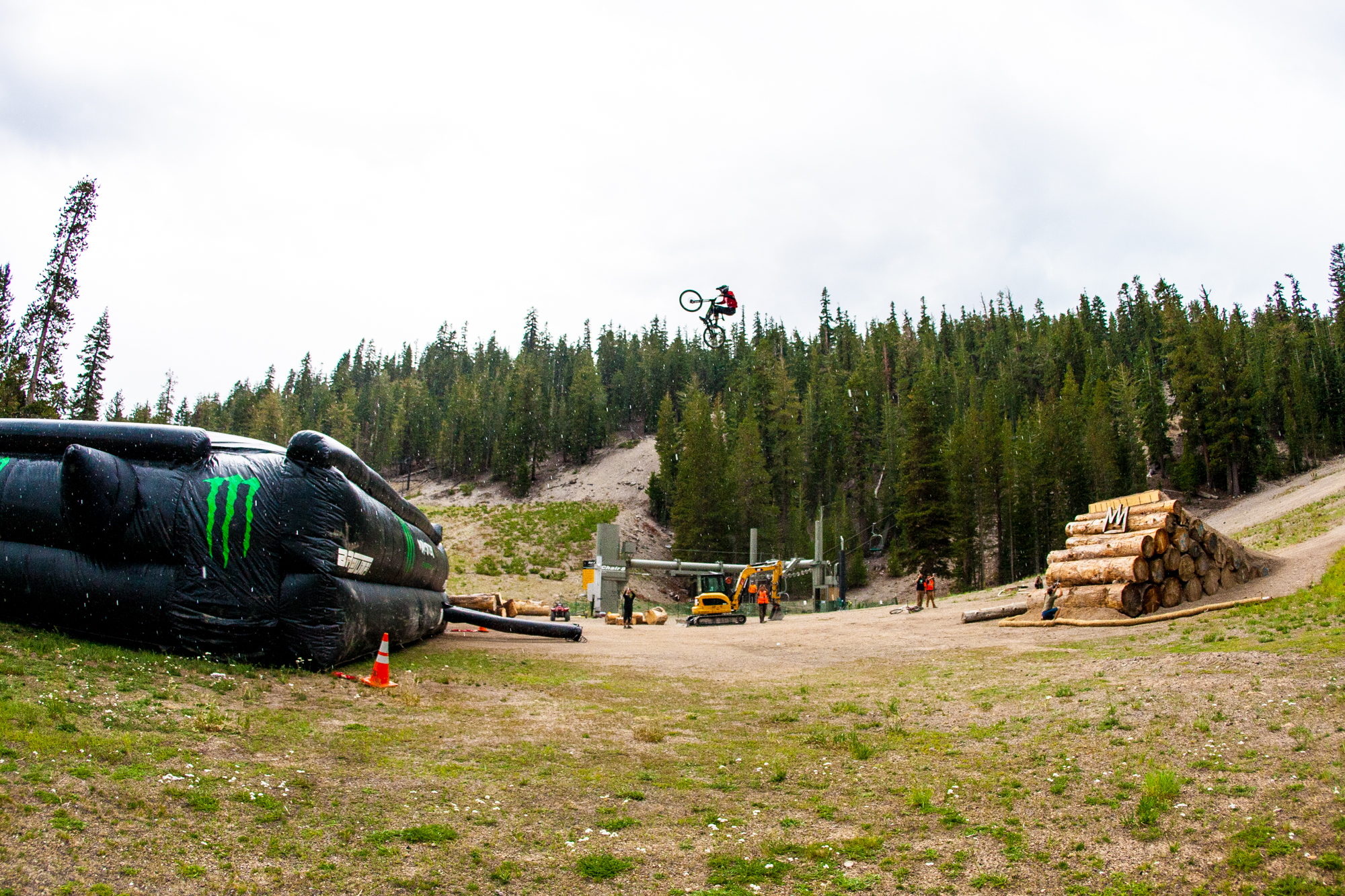 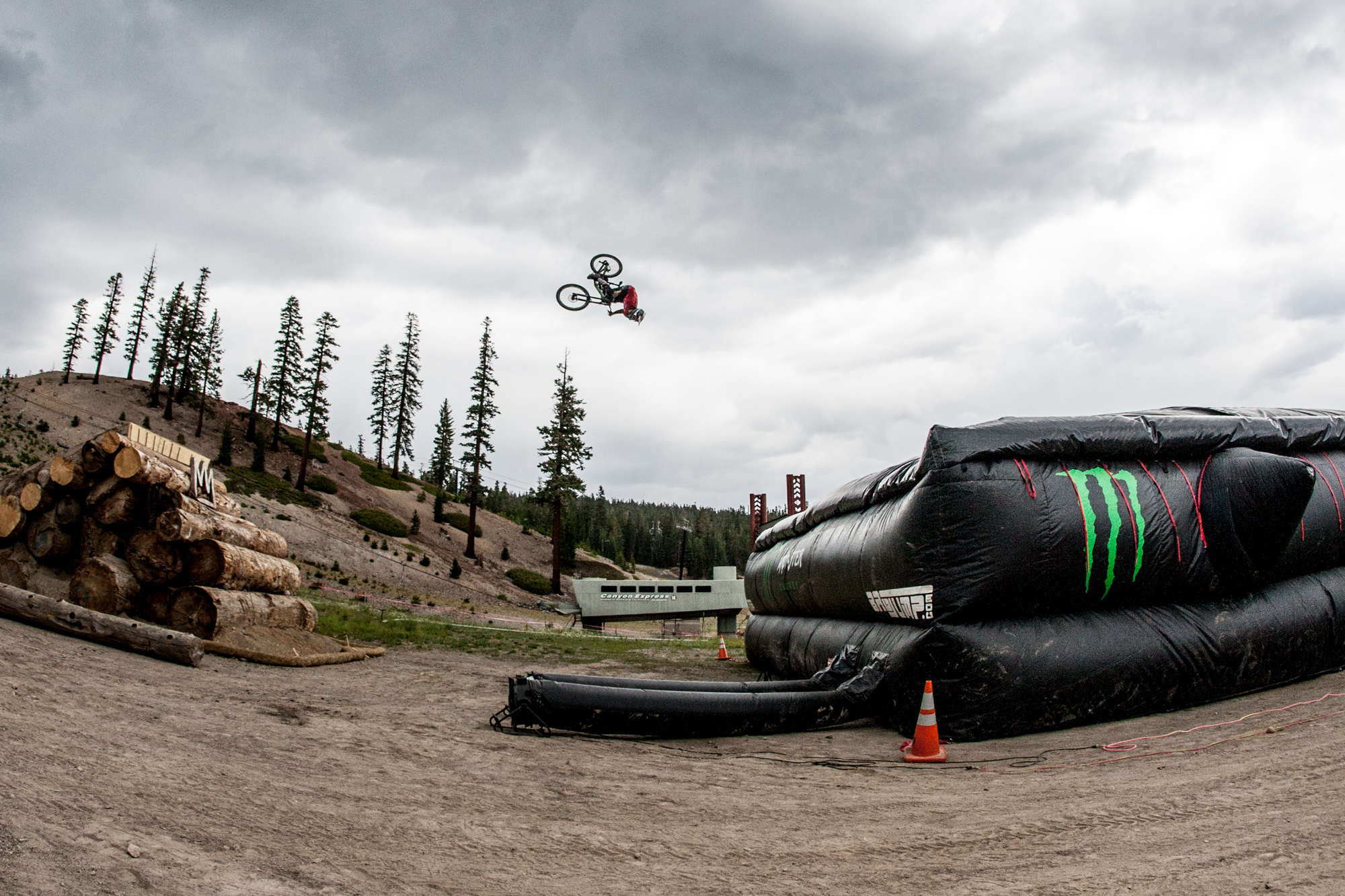 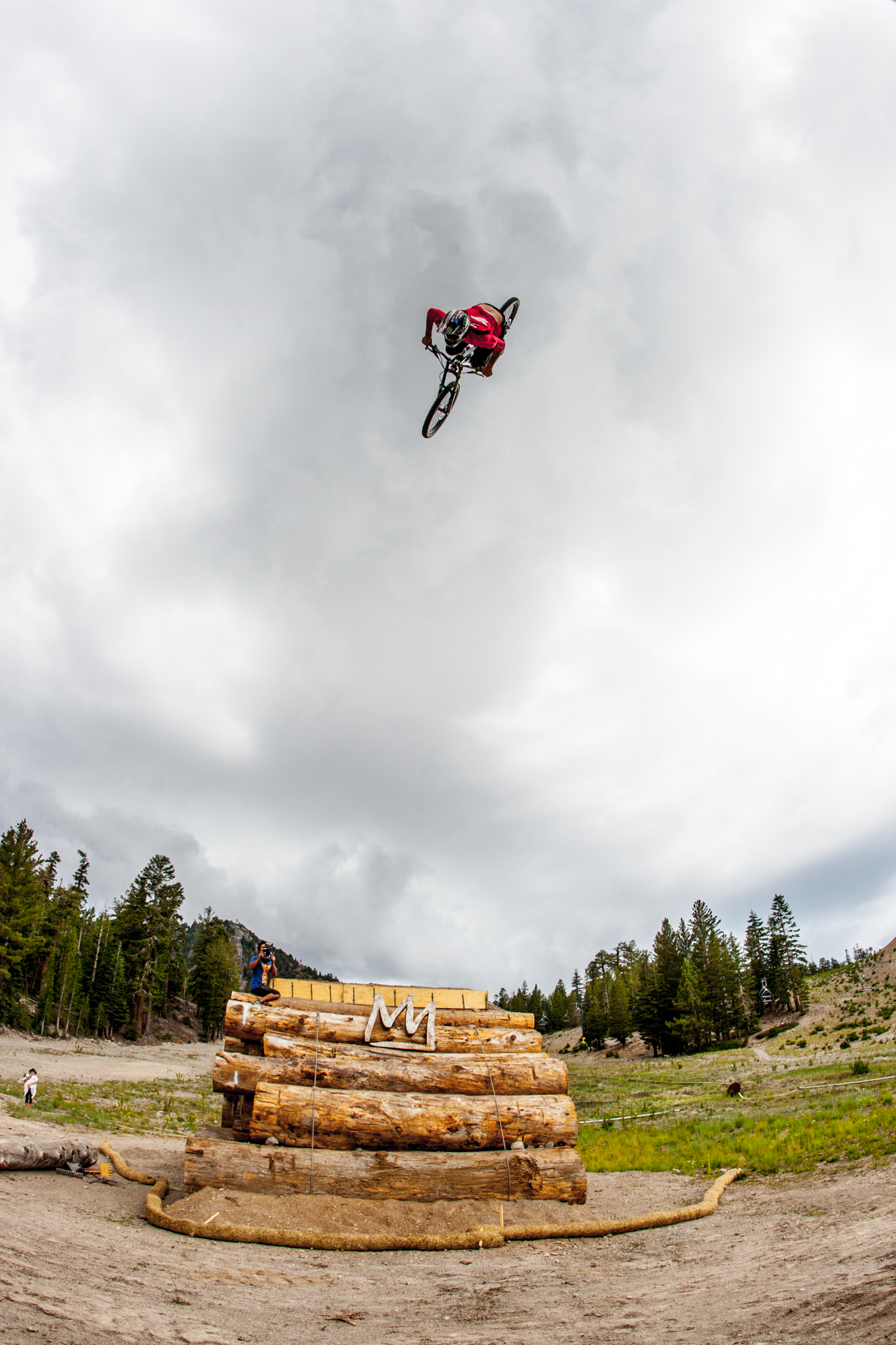 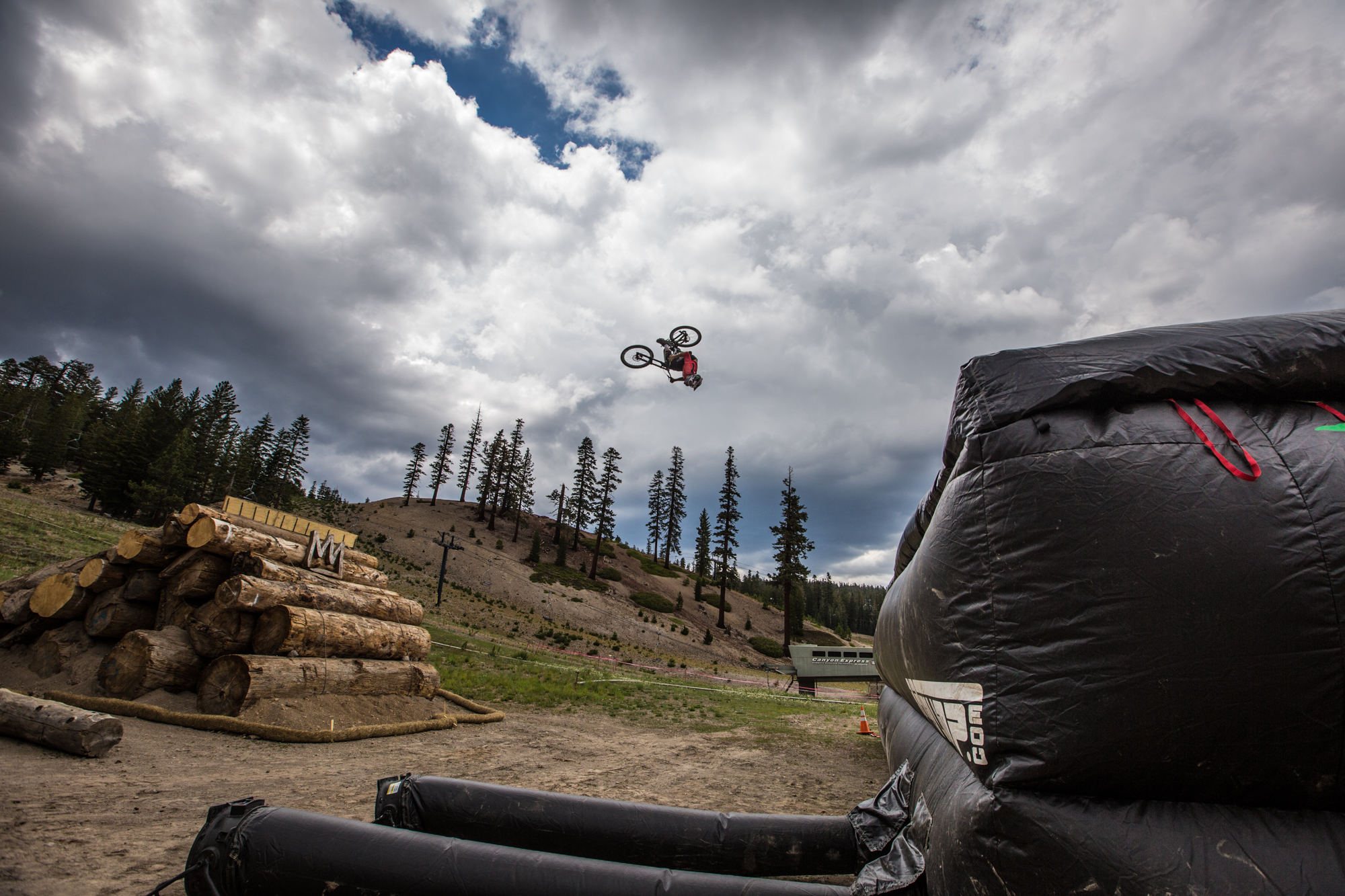 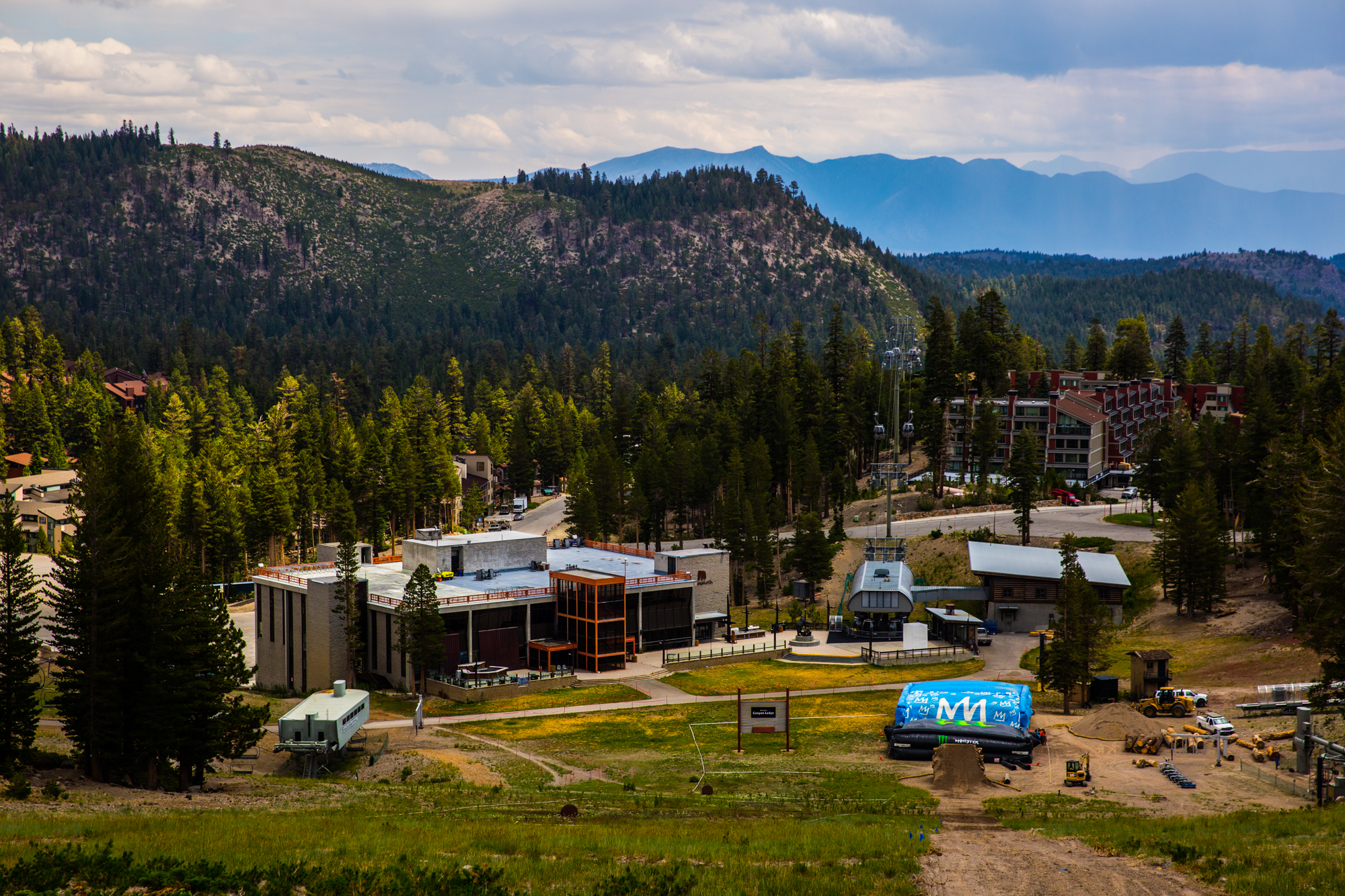 All photos by Peter Morning/MMSA.

Awesome! I can’t even begin to figure out how they pick their lines, let alone throw in a flip like that.