If you’re single, I invite you to continue ripping responsibly without any other responsibility. If you’re married (especially with children), you’re probably not getting out as often as you did during your unwed days. Maybe you’re not so much going for rides as you are squeezing them in. It’s difficult for your family to reconcile a passion, perceived by some as no more than “riding a bike,” that takes you hours away from home when it could just as easily be done around the block. Your wife is satisfied after an hour at the gym, but you’re not happy until miles into backcountry solitude. Plus, you’re a dad and you have stuff to do! To my fellow father shredders, this one is for you. Read on for a handful of lesser-known mountain biking techniques that will maximize dirt time while fulfilling your role as a responsible provider. 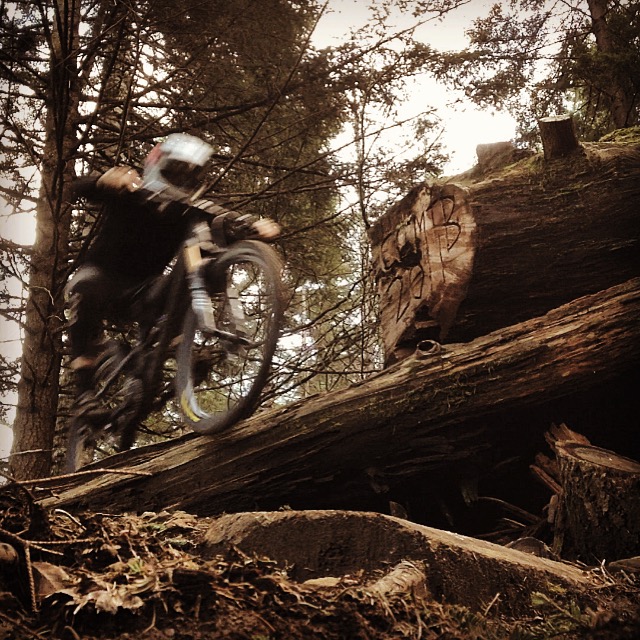 Do Your Honey Do’s

The Honey-Do List. We all have one, they vary in length and girth, and like a saddle sore, it’s a bummer trying to clear up. My advice to you: get it done, get it done right, and get it done right now. How insightful, right? As if it’s not enough to be reminded of it daily by your significant other, now your biking friends are nagging you, too. As basic as it may sound, putting off the perpetual list can make or break your next ride. By churning out the regular chores, you set a nice pace and lay a foundation upon which more advanced techniques for getting out will fall into place. Do you want to get the green light more often? Try doing a few honey-do’s without being asked.

She tells you she has a hair appointment, barre class, lunch with her mom, and girls night out. What say ye? Allow me to share some quick and easy responses to practice:

“Honey, take as much time as you need.”

Working in shred time against her needs is akin to slogging up an hour of fire road before getting to the goods. One (usually) doesn’t happen without the other. Getting her out often, without the kids, for as long as she needs, and before you get yours is an investment that will pay miles in dividends. 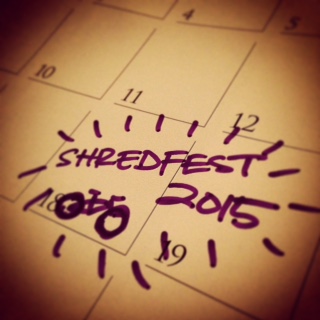 We mountain bikers are notorious planners. We print and laminate miniature maps, create cue notes, troll online forums, brew up wild schemes with our bros while we’re half-brewed ourselves, and even create Facebook pages specifically for organizing mid-week rides. How are we doing when it comes to letting our household know about said plans? Sure, spur-of-the-moment-after-work-quickies pop up now and then, but us dads need to get our rides scheduled soon and communicate them early. Nothing is worse than your wife blocking out time for the in-laws when you’ve scoped that same spot on the calendar for (insert epic event name here). The off-season is a great time to get online and plan your shred-tastic destination trips that, when shared early, are less likely to hamper things at home.

Become an Early Bird or a Night Owl

Better yet, become both! The key here is taking advantage of the time your family misses you the least – while they’re asleep.This means commuting under the cover of night, wheels up as dawn breaks thus, putting you back at the ranch in time for the last bite of bacon (your miles may vary). 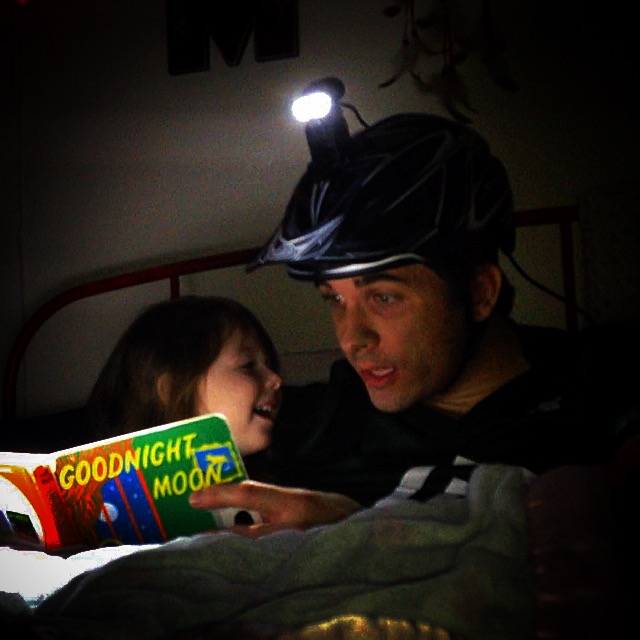 At the end of the day after tucking the bambinos in, your day has just begun. Firing up the torches for a night ride is the guiltless, sugar-free, low-fat ice cream of your mountain biking diet. Partake as much as you want because no one is going to notice.

Go for a Nice Drive in the Woods

… And turn it into a mini shuttlefest! This hair-brained idea came to me when I crossed paths with a solo downhiller (yes, I said solo downhiller) just finishing a sick ride. But where was his posse? Where were the padded pickup shuttle rigs? No sooner did he dismount his bike than a Jeep pulled up for another boost and, with room for another, I joined him for a few more runs. What enlightened me was the biker’s driver wasn’t ripping with him and, when asked why not, he replied, “Oh, I don’t ride. For me it’s just a nice little drive in the woods while he does.” As I leaned back into the seat in awe at the faithful friend, I envisioned loading up the fam’ for a “nice little drive in the woods” of our own. 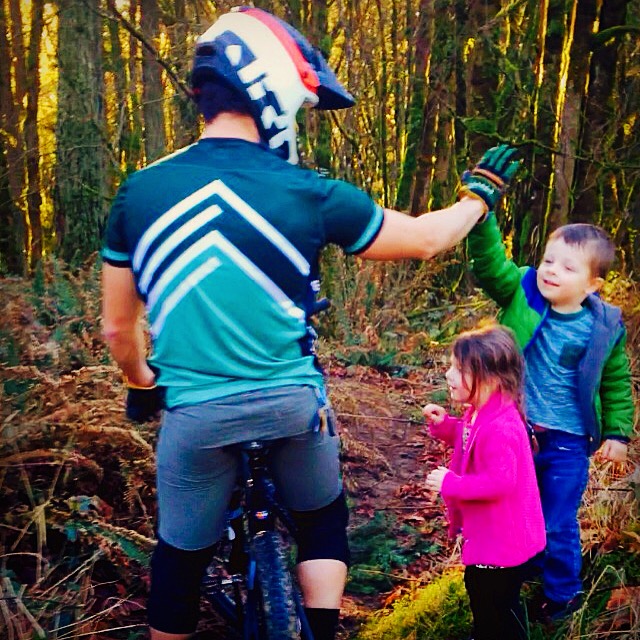 Take Your Bike on Vacation

This is a more obvious tactic, one which you may already employ, but is still worth a mention. I don’t know of many bike destinations that don’t have several family-friendly activities. And just because you’re going to Disneyland doesn’t mean there’s not a couple trailheads along the way.

For a while there, I was stuck in a viscous cycle of making a promise I couldn’t keep–getting home when I said I would. The conversations started sounding like this:

Wife: “So what time will you be home?”

No Jedi mind trick here. She was just saving herself from the disappointment. Between the commute, ride, taking in those breath-taking views, and a post-ride beverage of choice, do yourself (and her) a favor and own the time you’ll be gone. So the night before a ride when I started stating my ETA with an extra hour padding, she went from let down to downright impressed when I started rolling in on time.

If by you’re still thinking you have to cut out shred time for family time, you missed the point. Set the right tone at home, share time and plans with your honey, take advantage of those less-obvious opportunities to ride, and be creative. I’m talking about riding responsibly and respectfully that, by implementing these recommendations, will actually get you more time with both family and dirt. 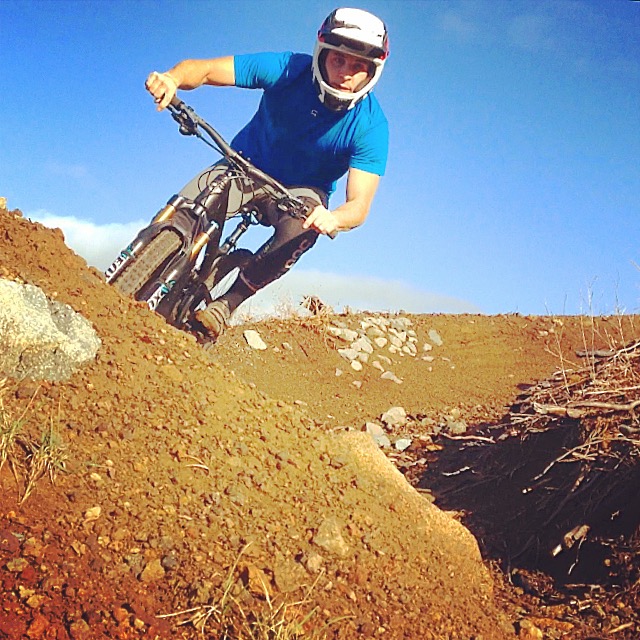 Ever since his first ride in Park City aboard a borrowed Gary Fisher, Chris has nurtured a love affair for mountain biking. From XC to DH, steel to carbon, singlespeed to cassette, he has dabbled in the many forms biking has taken. Chris was born and raised in Utah, attended school in New England, spent some time toiling in Wisconsin, and now writes and rips where he currently resides in the Pacific Northwest.

Great ideas Chris! There is definitely a balance to find between family fun and biking fun.

First, welcome. Grate fun article. Getting to do more riding with my Significant other this season, she is trying out mountain biking. Also kids get big eventually 🙂

Great tips! Sometimes when I hear people with little kids talk, it sounds like their personal lives are just OVER when they have kids… and that makes me pretty skeptical about the whole idea. But after moving out here to Salida, I’ve been astounded by the outdoor ethic and how parents just load their kids up and take ’em with them to hike, camp, backpack, bike (with a trailer)… you name it! Pretty inspiring to see a mom out hiking with her newborn that’s less than one week old.

Thanks for the tips and insights, it’s good to know that life isn’t over after you have kids!

Personal life definitely does not end when you have kids. It just takes a little more planning if you are going with or without the kids. I found this out the hard way after I got married and would try to take trips like I was single. It would stress my wife out. Now I plan it out and she and the kids are a lot better. If they don’t want to ride they still ride with me sometimes to the area so they can site see.

Chris, you may just saved a a few marriages. Maybe you should start a website – marriage counseling for mountain bikers. And you are soooooo right. I am a notorious, utterly addicted planner.

But then again, what would my life be without my kids. I loved every minute of them growing up … well nearly every moment. =) I have the best three sons in the world. My best suggestion for fathers is to double dip. I wish my wife rode, but she doesn’t. But she is (was) always 100% committed to me riding if I was taking out one or all of our sons. Heck, she’s even happy to shuttle us. I can’t tell you how many times she has shuttled us up Cheyenne Canyon in Colorado Springs. Now that’s a beautiful shuttle. And once your kids are teenagers, they can learn to shred pretty well as Fisch and I can testify too — reports are miniskibum and my Johnny have become pretty good shedders. I think I can still take Johnny on most DHs but he crushes me uphill (that’s a hidden challenge for Johnny in case he reads this). Actually when riding with your children, your children become more important than the ride itself. A wonderful experience. And the whole experience is enlarged.

Great article Chris. You are on a roll.

Yep, you really nailed it in this post! Family first. Part of it is just being patient and enjoying the rides when you can. Sometimes the big rides don’t happen often, but when they do, it’s more rewarding because you don’t have that nagging feeling that you don’t belong on the trail. I look forward to the days when my baby boy can go riding too, then the wife will be much more understanding and it will be more fun for all of us.

We all work family vacations the way they need to be, but I can’t envision seeing my young family off for a few hours on our precious together-time while I just go and shred. Once the kids are older, it will be easier to split up and conquer big or little kid to-do lists.