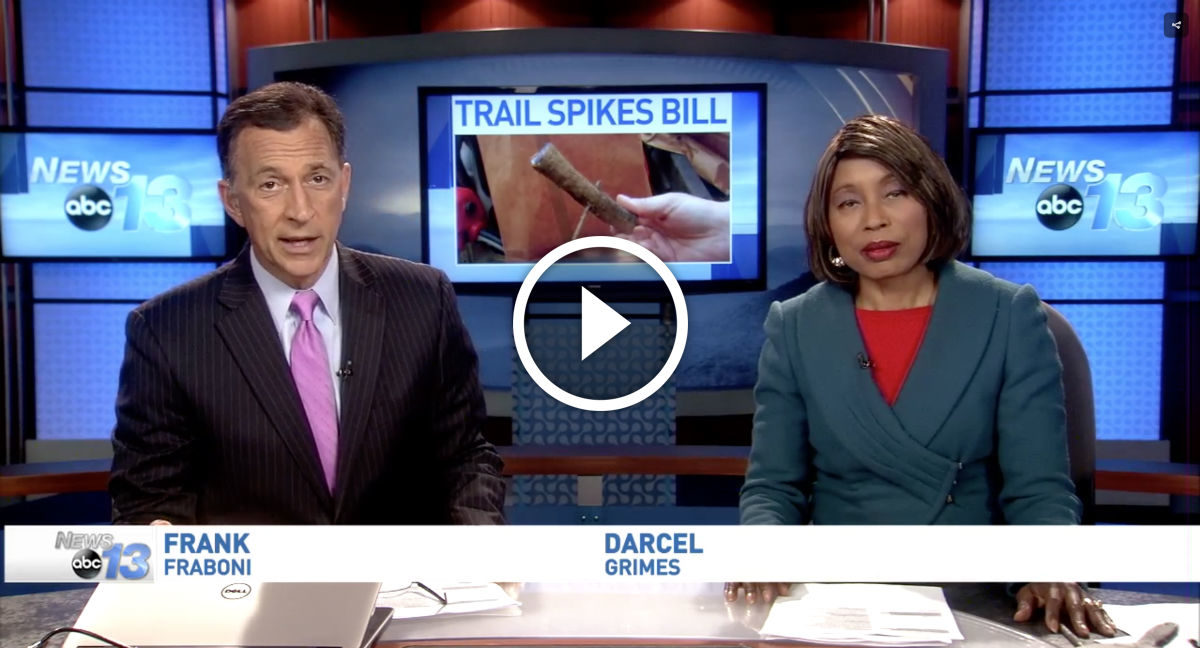 Back in February, a trail runner was impaled by a deliberately-planted spike at Pinnacle Park in Sylva, North Carolina. Now, local lawmakers have introduced a domestic terrorism bill that would qualify spiking a trail as an act of terrorism, according to a report on WLOS.com.

Many folks thought I was being facetious when I asked, “Are Trail Booby Traps Terrorism, or Just a Hate Crime?” Unfortunately, I was being deadly serious. This same question arose in North Carolina following the impalement, and this bill, which passed the North Carolina House unanimously, “would make it a criminal offense to cause injury through the use of a trap in public,” according to WLOS.

“Under the bill, a trap would include explosive devices attached to trip wires, stakes, nails, or spikes, electrical devices and anything producing toxic gases.

The bill, co-sponsored by Rep. Mike Clampitt, R-District 119, would make it an act of domestic terrorism to put spikes into trails, a misdemeanor for willfully placing spikes in the ground and a felony if someone is hurt or the spikes are concealed or camouflaged.”

The bill still needs to be passed by the senate and signed by Governor Roy Cooper to become law.

What about when fighting/protesting public land/trails being sold off to developers gets labeled as domestic terrorism? It always starts at the extreme and slowly trickles down to the mundane.

This is a cultural issue, and mental health issue. People feel so entitled as if the trail is “their” property or are simply unstable individuals. You can’t fight mental illness with felony scare tactics. These people aren’t reasonable individuals that make a pro and cons list before they plant traps.

You incubate a culture of violence, self-righteousness, aggressive individualism and mental abuse then hope labeling it terrorism will stem the issue. It’s like going to the doctor and having him tell you blood pressure pills are the solution to your daily diet of Twinkie, BigMac and Coke.

But labels and easy solutions make us feel good.

“What about when fighting/protesting public land/trails being sold off to developers gets labeled as domestic terrorism? It always starts at the extreme and slowly trickles down to the mundane.”

I don’t see the connection. One is intentionally injuring people and the other isn’t.