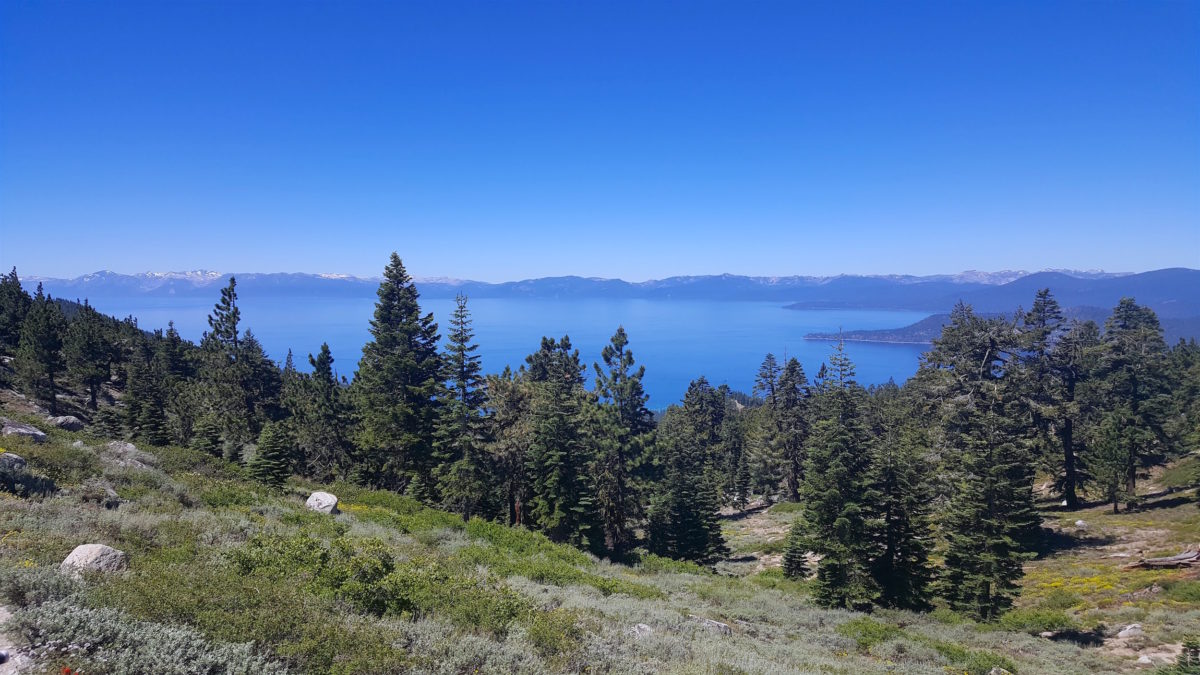 It’s a time for learning and change when it comes to land access and electric mountain bikes. In counties, districts, and areas across the country, land managers are giving eMTBs the green light, based on their own research and evidence that they do not pose a threat to the environment or a trail’s sustainability and are appropriate for specific trails.

The Tahoe National Forest is quick to state that they haven’t made a “decision” or “changed their policy” on electric bikes within the forest service unit. With that said, electric mountain bikers now have a recommended list of trails to ride within the Tahoe Nat’l Forest as of last month. A PDF on the website dated June 24, 2019 lists 32 trails on five different networks that are now eMTB-accessible, ranging in both difficulty and terrain. The list of trails that allow Class 1 e-bikes includes favorites like Hole in the Ground and Bullards, among others.

Allowing eMTBs on select non-motorized trails within the Tahoe National Forest is notable in light of a 2015 USFS briefing paper stating that e-bikes are considered “motor vehicles” and subject to Travel Management Plan restrictions. However, this isn’t the first National Forest in California to allow electric mountain bikes on non-motorized trails; last summer Mammoth Mountain began allowing eMTBs in the bike park which sits on land leased from the USFS.

“There really was no decision, and I’m saying decision with a capital D,” says Flannery. For official policy changes within the National Forest, the Forest Service must follow the National Environmental Policy Act (NEPA) and conduct environmental impact statements or assessments.

“We didn’t trigger NEPA and NEPA didn’t need to be triggered.”

Before the recommended list of class 1 eMTB accessible trails was released, all three e-bike classifications were lumped under one umbrella; classes 1, 2, and 3, and treated as the same. All three classifications of e-bikes were subject to travel management regulations in the national forest, and meant that class 1 eMTBs were only allowed on motorized roads and trails, like classes 2 and 3. Now that eMTB classification is more clear, and Tahoe National Forest managers understand how the three classes are different, they can allow class 1 eMTBs on non-motorized trails.

“The technology and classification system has allowed Tahoe National Forest to manage a specific class of e-bikes, in this case, just class 1 pedal-assisted e-bikes,” says Flannery. “That classification and the specific criteria for a class 1 e-bike allows us to manage them on motorized and non-motorized systems and trails.”

Flannery says that allowing class 1 eMTBs on non-motorized trails wasn’t necessarily influenced by other areas around the country, or because class 1 eMTBs were deemed more sustainable to the trails than classes 2 or 3. A few other factors held a larger influence.

“It’s not really a function of sustainability, it’s in the self-propelled nature. I’m not calling it non-motorized equipment. I’m just saying that with the class 1, pedal-assisted criteria, we can manage it on non-motorized trails.”

Managing the use of class 1 eMTBs has become much more relevant for the district. As word of eMTBs has spread, they’re growing in popularity and people want to know where they can ride them.

“A lot of folks said, ‘hey, where can I take my class 1, pedal-assist e-bike?,'” says Flannery. The forest service needed to respond to inquiries and take a look at what pedal-assist meant. Flannery says that the recommended list of trails for eMTBs offers a variety in terrain that e-bikers can now ride.

This doesn’t mean that class 1 eMTBs are free to roam anywhere around Tahoe, however. There are a few other land management districts in the area that still do not allow class 1 eMTBs on non-motorized trails. The Lake Tahoe Basin Management Unit (LTBMU) which surrounds the perimeter of the lake holds the stance that eMTBs “are motorized vehicles. Use of motor-assisted bicycles is only allowed on motorized trails.”

Other examples across the country

Maricopa County, which surrounds Phoenix, Arizona also opted to allow e-bikes in parks as of Jan 1, 2019, with the statute reading: “An operator of an electric bicycle is granted all the rights and privileges and is subject to all of the duties of a person riding a bicycle. Except as otherwise provided in this section, an electric bicycle is subject to the same provisions of this title as a bicycle.”

Maricopa County’s approach differs from other counties though. The county greenlighted class 1 and 2 eMTBs at the same time. Class 1 e-bike motors only assist when the rider is pedaling. Class 2 e-bikes make use of a throttle, or remote-operated assistance.

For now, much remains the same across the country, and eMTB access is open to interpretation and determination by the appropriate land manager. It does not appear that access is slowing down for pedal-assist electric mountain bikers any time soon, however.

Trails
Everything you Need to Know About the Cross-Washington Mountain Bike...
Gear
How to Get the Most out of Your Bike Tires...
Gear
Sick of Being Cold While Mountain Biking? Get This Gear...
Gear
The Specialized Stumpjumper Trail Bike is On Sale, Along With...
Subscribe
Login
Please login to comment
3 Comments
Most Voted
Newest Oldest
Inline Feedbacks
View all comments

The evolvement into e-mtb understanding is slow………but sure.
In Europe eMTBs have been embraced and are allowed to share all trails with standard mountain bikes.
When you get the facts straight and without emotions you see that e-bikes are not different than a regular mountain bikes. The tire of an e-bike that ride the trail is the same brand and size. There is no noise or pollution. There is also no difference what makes the wheel turn. Mechanical/muscle power or electrical/muscle power…… the trail does not know the difference.

Let’s not use terms like class 1 when talking to anyone out of California. Those classes are a California thing that won’t withstand it’s first court challenge because it directly contradicts the federal law concerning e-bike which specifically mentions that it supersedes other laws that try and restrict we-bikes further, like by grouping them into classes and saying only the weakest e-bikes can be in certain places…

Street legal or not street legal is enough of a dividing line. No street legal bike can go too fast for a trial. They can’t even go as fast as a nonpowered bike (without the bikers assistance). It’s 20mph tops folks. they also don’t do any more damage than a regular bike either. MTN bikers are saints when it comes to trail damage already and no argument that says mtn bikers cause trail damage is valid because we do so much less damage than horses certainly and arguably less than people on foot because we don’t ride on the trail when it’s muddy.

So when talking to park managers if you can keep it simple and use a law federal law, especially for federal parks, that is already on the books and includes almost every e-bike, it’s far more likely to succeed.

More states than not are adopting the Class system and it really does work with the federal law.

Federal consumer law states that 750 watts or 180 pound person on flat ground not assisting (with operational pedals) more than 20 mph.

Virginia and Maryland have also opened their state parks to emtb’s as bicycles on natural surface trails.

Ebikes are about to blow up in a huge way.