Editor’s Note: “Over a Beer” is a regular column written by Greg Heil. Any opinions expressed in this column are his alone and do not necessarily represent the opinions of Singletracks.com.

The problem is, this dogma is wrong.

Psychologist Barry Schwartz explains in his book, The Paradox of Choice: Why Less Is More, that having more choices actually serves to make us less happy. (Get the short version in his TED Talk.) A number of psychological factors are at play, but one of the key factors is fear of missing out–FOMO. We experience FOMO when making choices because once we do choose, we worry that perhaps we could have made a better choice by choosing a different product instead.

Consequently, when shopping for a bike, some riders feel like they must analyze every single bike that’s available for sale the world over that could possibly meet their bike buying criteria. In these days of the internet, even though a bike is manufactured by a small boutique brand in New Zealand, you can still purchase it from just about anywhere in the world.

Schwartz draws on the ideas of psychologist Herbert A. Simon when he calls these people “maximizers.” A maximizer “is like a perfectionist, someone who needs to be assured that their every purchase or decision was the best that could be made,” according to Wikipedia. For a bike buying maximizer, not only must the rider consider every single model from every single brand in existence, they must dig into the geometry of each model, analyze the frame features, the component specs, and even the different build kits available for each model of bike. And don’t forget the opportunity to do a custom build with a frameset–the possibilities are nearly endless.

As Wikipedia says, this is a “psychologically daunting task,” and the number of possibilities can even lead to analysis paralysis–the inability to make a decision due to the multitude of overwhelming options. While there is some debate in the literature about Schwartz’s findings and how they could lead to analysis paralysis, one thing that even those who criticize Schwartz agree upon is that the more complex the choice, the more difficult the decision is, and the easier it is to experience these negative side effects. In the examples that Schwartz gives of having an absurd array of options, he discusses things like buying salad dressing or blue jeans. By comparison, modern mountain bikes are an incredibly complex product with a dizzying array of options–a complicated, difficult decision by anyone’s standards. 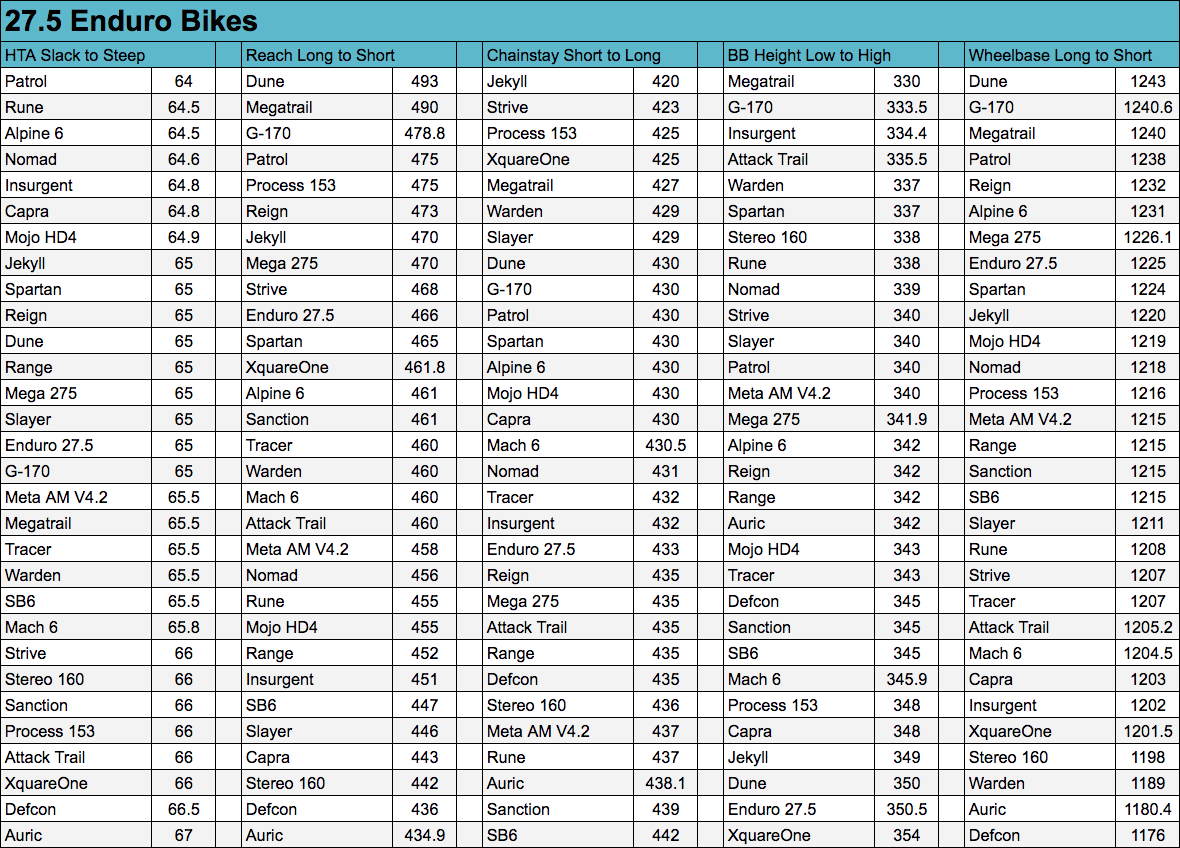 What’s the alternative to being a maximizer? Choosing instead to be a satisficer. “A satisficer has criteria and standards, but a satisficer is not worried about the possibility that there might be something better,” according to Wikipedia. If you do successfully choose to buy a product, worrying that you could have possibly purchased a better alternative–for instance, a mountain bike with better components for less money–is one of the key worries that leads to unhappiness and depression. If you could just be satisfied with your purchase, all would be well in the world. But the ever-present upgrad-itis infecting mountain bikers around the world shows that we’re rarely–if ever–truly satisfied with our steeds.

The Way Forward: Choose to Be a Satisficer, and Just Make a Decision Already 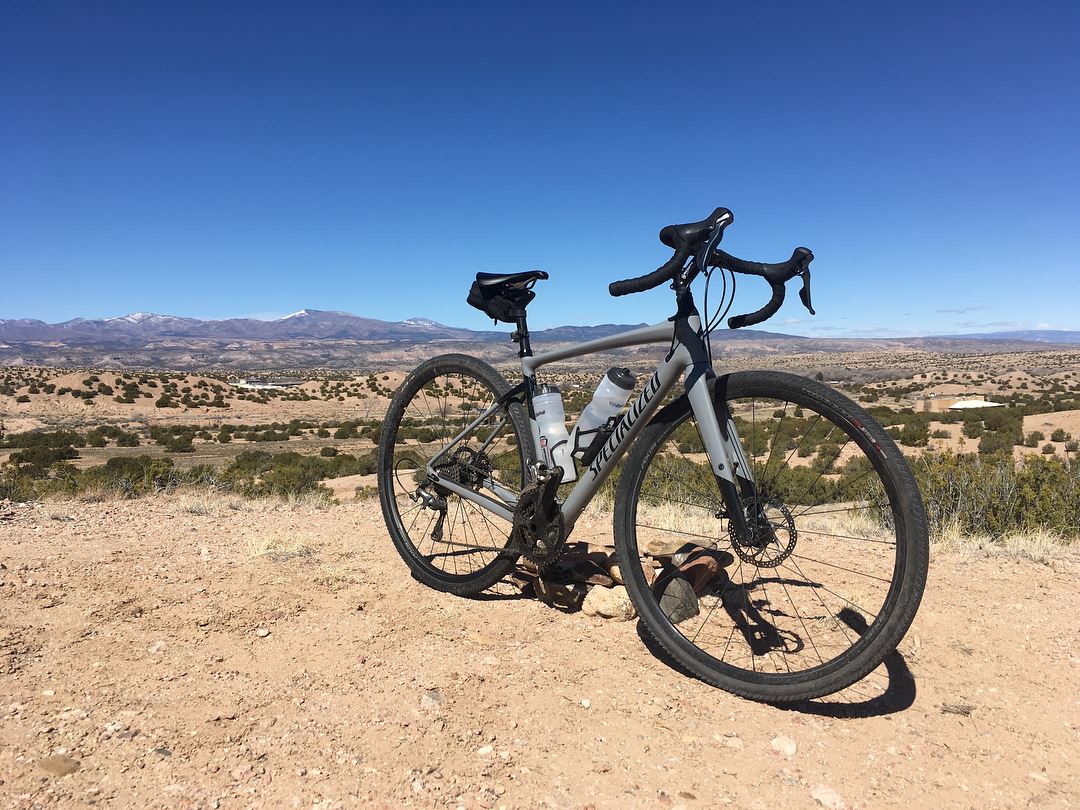 I recently purchased a new gravel bike, and as I started running searches online to compare one brand to another and one build kit to another, I quickly realized that if I considered every gravel bike in existence I would be overwhelmed. So, after running some basic comparisons, determining the key features I wanted, and deciding on a price point, I limited the scope of my search to bikes available from my shops locally.

Since I had already chosen a few criteria to limit the scope of my decision-making, I quickly narrowed my choice to two key bikes. Both qualified as great gravel bikes, but were significantly different in frame material and price point. I rode each bike briefly to see which frame material I liked best, and naturally, the more expensive one took my fancy. While I had to wrestle with whether I wanted to max out my budget or not, after some internal debate I decided to pull the trigger, and I’ve been incredibly happy with my purchase.

However, even as I was going through this process, the number of brands I could purchase from just my three local bike shops began to overwhelm me. “Oh, we could order you this bike from this brand, or that bike from this other brand,” said each shop–multiplied by about a dozen different brands. In order to make a decision and avoid paralysis, I had to swiftly narrow my focus without being distracted by all of the “what ifs” or “maybe there’s something better” thoughts flooding my brain.

Shortly after purchasing my new gravel bike, I was struck by a few components that I was disappointed in. But after making one or two fit-related upgrades, I’ve chosen not to worry about all the other potential upgrades I could make, and instead just ride the piss out of the bike. If something breaks or wears out, perhaps then I’ll decide to upgrade.

If there’s one takeaway from Schwartz’s research, it’s that satisfaction and happiness are based on how we choose to view and interact with our world. Choosing to just ride my new bike and be happy with it has made this bike one of my best purchases ever.

However, those carbon wheels are calling my name…

All too true. I like to consider myself a “satisficer” – I just ordered a new mountain bike. I fell in love with a particular bike, and while I did spend some time researching it as well as other similar bikes, I didn’t spend very much time debating my purchase. I just ordered the one I wanted. I’m in queue for a Guerilla Gravity Pedalhead and cannot wait! But I’ve already been of the mindset of rung what ya brung and ride what you abide (??). I’ve been riding a cross-country geo hardtail for the past three years and I can fairly say I have ridden “the piss out of the bike.” Having ridden that bike many times on any and every trail within a reasonable circumference of my home and workplace – and done so with a smile on my face, I’m reasonably sure that I will absolutely love my new bike and not be worried at all whether there was something better I could have chosen.

Me picking out a shirt.

Me ten minutes later: Maybe I should have gone with death.

This is easy. Buy a 29er long travel rig. Any color you want as long as it’s black. Whatever you like or something like that.

I build my own bikes for this very reason. I pick my favorite frame, every component is as good as possible at doing exactly what I want it to do, and I know everything about my bike. Very satisfying! For those who like brand names and don’t have time to build their own bikes, I feel you Greg! Just go buy something that works for you and don’t stress too much over the marketing.

Try buying a long-travel hardtail. I wanted aluminum, 140mm or more suspension travel, head angle of around 66 degrees or less, and had to cost less than $2,500. And had to be available in the US. I would love to have had your problem of too many choices.

Sage advice Greg. True contentment is not in what we have, but how we choose to look at this world and our lives. I’ve been in mountain biking for just a short six years or so now. Things have gotten sooooo much more complicated in those short six years. Before with only one wheel size, you could look at something like HTA, and you could quite easily grasp what HTA you might need for your style of riding. NOW, you have consider HTA in relation to three different wheel sizes. Amount of travel is the same. The examples seem endless.

I LOVE Sweets advice. =) That would probably work just fine for me, even though I am still on a 26″ bike — a 2012 Ibis Mojo HD. It’s past time for me to upgrade into the world of LLS.

If you can determine wheel size high up in your decision making tree, then that would reduce the options drastically and simplify the decision. But I don’t know if that is a wise approach for most.

What other considerations that are truly critical?

I would argue that riding style and terrain, and budget, are the two most important. Frame size and fit aren’t decisions you need to make–those are dictated by your body. HT vs FS is an extension of riding style. And while wheel size is a consideration, these days I honestly think most bikes are going to ride pretty well regardless of wheel size. Sure, maybe you have to make a decision on this… or maybe you should stop thinking about all the endless options and just buy a bike!

True on frame size Greg in terms of choosing a model of bike. I wasn’t thinking right.

Funny how it’s working out for me. I have a sweet little trail bike(140mm). Nothing too snazzy, a just completed upgrade fork(160) and she’s a gem.
She’s not going to be enough, nice mellow rides and techy climbs are covered. I have my next needs envisioned in a LT 29 Enduro rig. I see myself training and practicing for competition. I think I can do well in the old fat guy category.
Well fortune has blessed me with the budget. Now instead of dreaming, I’m actually shopping. The primary deal breaker is a bottle must fit in the triangle. I also didn’t want a bike from the big 3 Giant, Specialized, or Trek. Like skis, I hate pulling my weapon from a rack with identical models.

My heart was set on Pole’s the Machine, it’s just too popular, same for the Ripmore or the new Sentinel and the juggernaut Rallon. All fine, nee, excellent choices.

My friend said he likes Guerilla Gravity so looking up the Smash, I can get basically a dream build for a GREAT deal so FOMO just is not a factor. I grew up in Denver, and love the GG story, attitude and philosophy. Buying local is a huge psychological bonus. Reviews show a dual personality of a lively playful demeanor or a plow through everything mayhem and I’m extatic.