While all the buzz at Interbike 2015 seemed to be around plus-size bikes, the fat bike trend shows absolutely no signs of stopping, or even slowing its forward momentum. Numerous fat bikes from last year or previous years received minor updates for the 2016 model year, and we also spotted a ton of totally-new fat bikes since this time last year. Going into Interbike this year, we tried to make a list of brands that aren’t selling a fat bike, and it was a very, very small list. And then, as we wandered the showroom floor meeting with brands, we realized that many of the companies that we put on our list had just launched a brand-new fat bike this year.

Here are 22 brand-new fat bikes that we spotted at Interbike 2015. Know of a new fat bike, less than a year old, that we missed? Let us know about it in the comments section below! 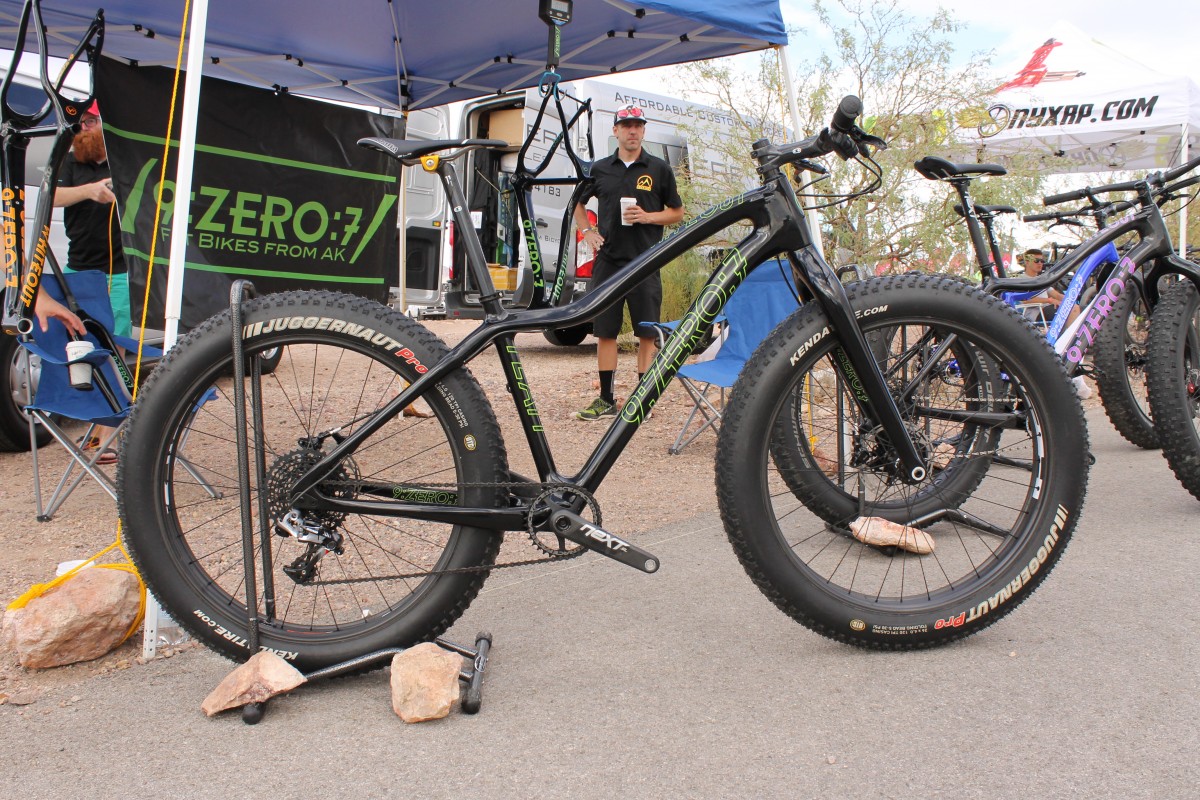 Available this fall, the Whiteout Team Edition utilizes a new carbon layup to drop even more weight–the complete bike, sans pedals, that I saw at Outdoor Demo weighs in at just under 19 pounds! Do note that that’s with a reasonable build kit, including a SRAM XX1 1×11 drivetrain, and not with a bunch of ridiculous parts that nobody would every use. No anorexic singlespeed builds here!

No word on cost yet, but don’t expect this rig to come cheap!

Use the links below to click through the full gallery.