Andrew Taylor set out on the ultimate mountain bike road trip adventure, seeking to ride in all 48 continental US states. Video camera in tow, Andrew showcases the incredible riding that can be found all over the USA. Singletracks will post regular updates from Andrew as he completes his trip!

To kick off my road trip I made my way out of the Bay Area and up towards the Lake Tahoe area to meet up with Dustin Schaad and the boys at the Truckee Bike Park. With the snow nearly gone and the weather warming up it made for one of the best weeks I’ve had in Tahoe to date.

After an epic week in the Lake Tahoe area I keep things rolling by heading into Reno, Nevada to meet up with Greg Watts. We hit up some dirt jumps out at Sandy’s and finished it off with some shuttle runs near Mt. Rose with Caroline Jarolimek. Unfortunately the weather shut down plans of finding riding in the Eastern part of the state but I did get to stop by and see Mike D and get my suspension dialed at his new shop (Mad Racing Suspension) before heading into Utah.

The next state up is Utah, where I meet up with my old buddy Evan Floodman for a few days. Once the weather cleared I made my way over to Eric Porter’s to sample some of his local trails and ride his backyard with his boys. Sasha Yakovleff was rad enough to show me around the greater SLC area with one of the highlights being a trail he built in the woods following a solid afternoon at the I Street jumps with Brady Tweedy and the Lloyd boys. After a quick trip to the grocery store I found myself riding moto with some new friends right outside of Salt Lake.

After a solid week I made my way down to Moab to end it with some laps at the local dirt jump park and a ride down the infamous Whole Enchilada Trail. Huge thanks to everyone who made Utah so awesome! It’ll be a hard one to beat!

Moving on from Utah I made my way into Colorado to meet up with Jim Harris and his buddy Jake to ride down some epic trails in Carbondale. The next day I made my way into Golden to meet up with my old teammate and pal Wade Washburn who now owns a couple of shops in the Denver area called Colorado Cycling Connection. Thanks for the base camp Wade! I go for a ride with one of his shop employees Jame and my buddy Shane met up with us for the ride. To end it off I met up with DJ Brandt and Brock Robinette for a few days of shenanigans. 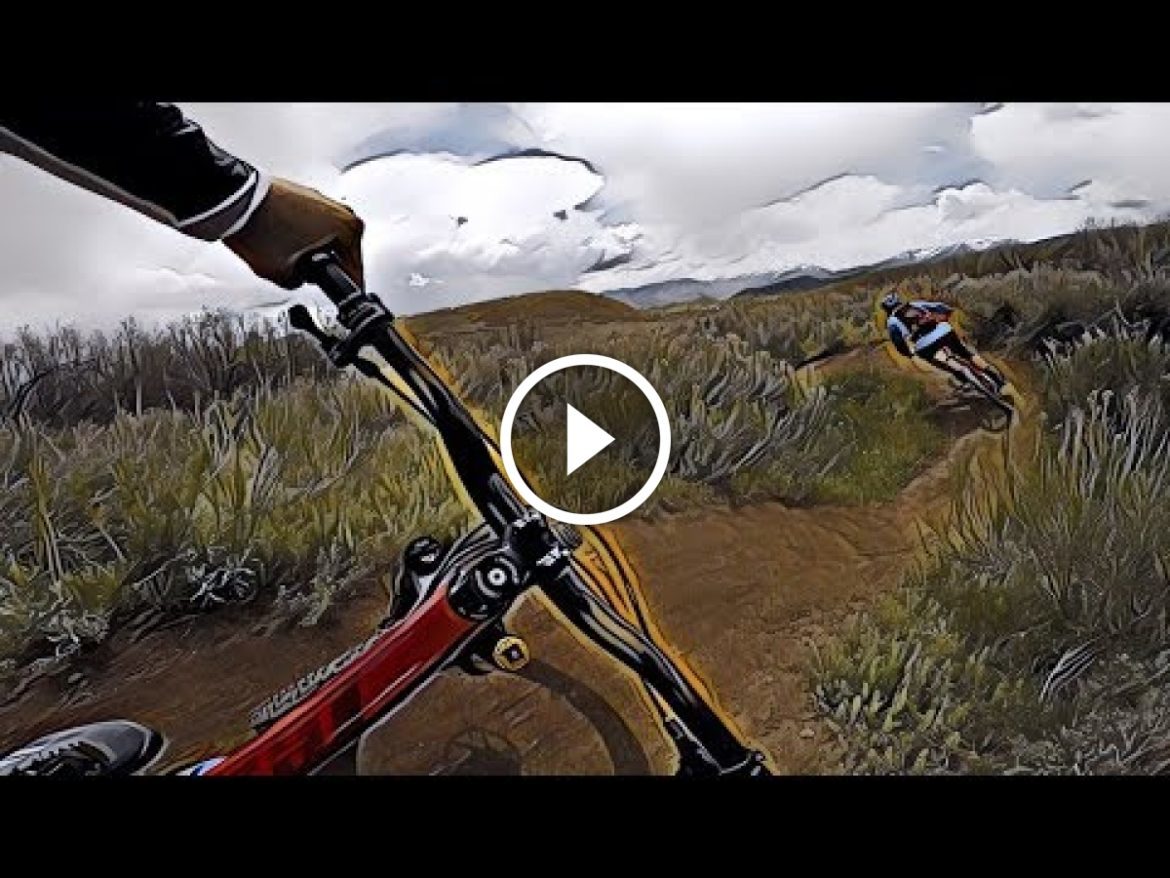 Stay tuned to see where Andrew shows up next!

Progression
Sizing Up or Down Plus Handlebar Widths and Crankarm Lengths:...
Gear
These MTB Deals are Fire, including 40% off Patagonia Dirt...
Gear
Never Underestimate the Power of a Good Zip-tie
Gear
The Maxxis Minion DHF Tire is Still the One to...
Subscribe
Login
Please login to comment
2 Comments
Most Voted
Newest Oldest
Inline Feedbacks
View all comments

So ya I watched those a bit and ya, it was, ya, pretty cool, ya.

ya, no concept, watched just California…wasted time, ya, pathetic, ya.