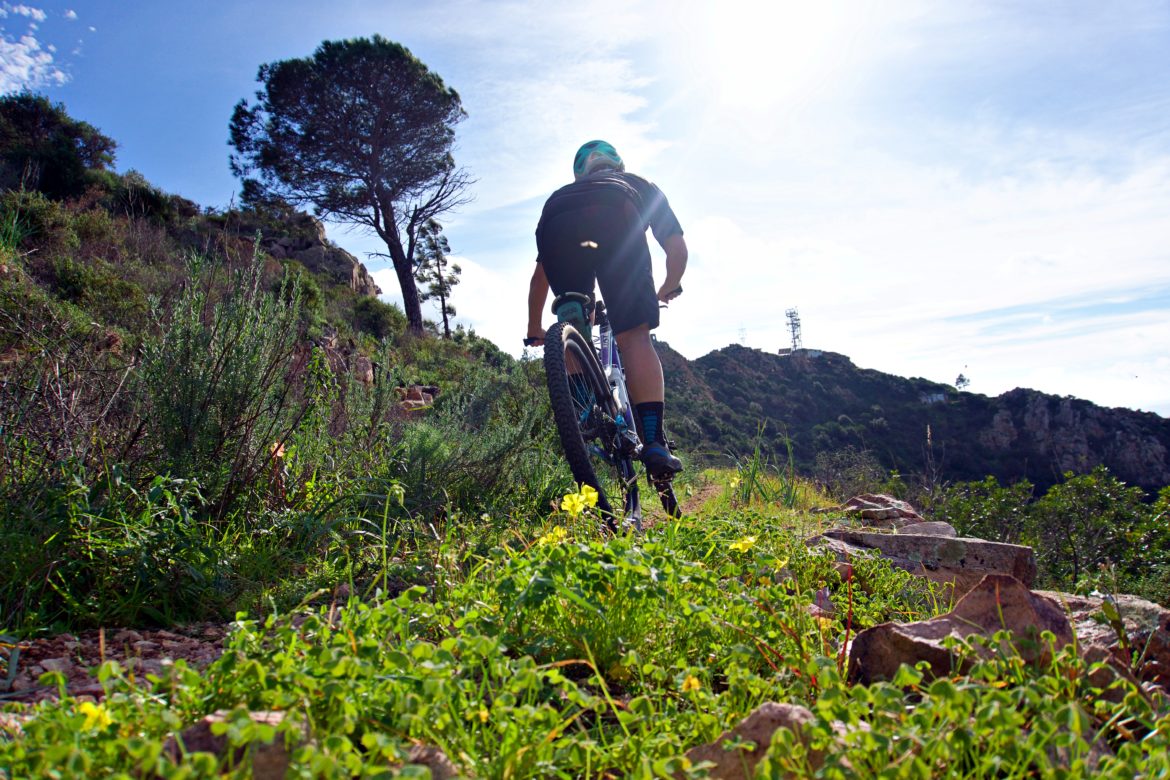 The second largest island in the Mediterranean sea, Sardinia is a puzzle of steep mountains ripping skyward from the water like proudly worn teeth. Given its strategic location in the sea, control of the island has been passed between warring imperial powers for hundreds of years before it became part of the Italian state in 1948. Cultural artifacts from those imperial nations remain woven deep in the heart of Sardinia, including unique cuisines, vibrant works of art, and four official languages in addition to Italian.

Accompanying the tours of ancient ruins, delicious food, and foot-warming beaches, the island is a crocheted masterpiece of natural trails. My partner and I recently rode many of the southernmost options, and below is a narrative of what that party looks like.

The most notable trail center on the south end of the island is outside the city of Sinnai, which also happens to be the home of Sardegnian Enduro Trophy creator Roberto Sergiusti. Roberto led me on a spin through the enduro stages behind his house. Not knowing what type of trails to expect, I had packed my XC bike for the trip. After riding with Roberto, I will opt for my long-travel whip next time. The stages he has built and collected are worthy of a proper gravity machine.

Each of the tracks in the Sinnai network was carpeted with moving rocks ranging from golfball to shoe size, and handily fit the “natural” moniker. With a mix of steep, wheel-dragging descents and short burst climbs, the Sinnai race is well suited for a good all around mountain biker.

Robert and I rode 3 of the 4 stages and pedaled slowly on the transitions. Each of the tracks crossed a creekbed or two, and required some focus to maintain speed and stay above the lower channel of the ephemeral streams.

For traveling enduro racers, this race course is tricky enough to challenge anyone trying to ride it at their limit and also tame enough for an intermediate rider to enjoy the trails at their own pace. If #vanlife takes you south, Sinnai is a spot not to miss.

Our next bout of exploration began on a random gravel climb along the sea near the town of Pula, with hopes of finding a trail at the top. The gravel road became a moto track, then the worn edge of an ancient wall, and finally a rough 4×4-trail. After climbing for about thirty minutes the trail topped out and wound quickly down doubletrack on the other side of the ridge.

Near the sea, the track shifted into a rutted moto line with abrupt climbs and descents that took some grunting focus to clean. This mismatch of trail types continued on for what seemed like forever. I would definitely recommend checking this route out. It contains little classic singletrack, instead offering a unique variety of narrow rocky pedaling and sandy rear wheel spinning.

We mapped this ride as an out-and-back with a short loop at one end, which was a lot of fun given the final descent on moto trails. There are alternate 4×4 trails and tracks to follow if you want to turn it into a larger loop.

Sardinia holds all of the things you would wish for in a southern Latin island. The weather is surprisingly warm through the winter, the views unforgettable, and the locals are unequivocally kind and inviting.

One truly unique element of Sardinia is how uninhabited and quiet it is in comparison to most of mainland Italy. With only 1.6 million residents, the large island feels, at times, as calm and secluded as a Canadian mountain town, albeit with far warmer sunshine. On most rides, we encountered 1-2 hikers, and occasionally another solo cyclist. Given its climate and burgeoning trail networks, I expected to find hoards of mountain and road riders training and shredding, similar to Majorca. I was happy to find cathartic seclusion instead.

There are several nature parks on the island leaving much of the mountainside void of houses or farms. Some of the trails are shared among motorcycles, horses, hikers, and peddlers alike, while the majority of them are designated for human-powered (including human + electricity) movement only. The best way to find tracks where you are staying is to stop in a local bike shop and ask about group rides and tracks. Most days someone will be stoked to accompany you or share a map or GPX track. You can email ahead to get info, but in Italy, a phone call will always be more likely to elicit a response. 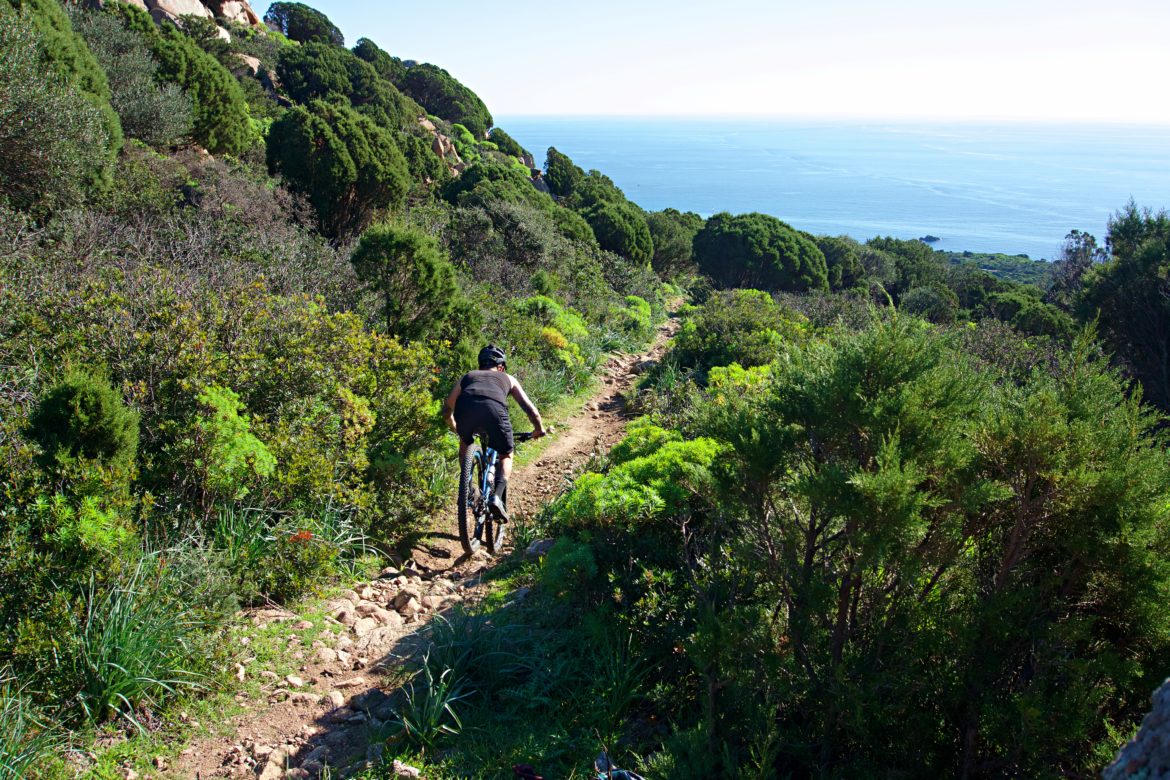 If you want to do more than ride your bike there are heaps of snorkeling opportunities around Sardinia, and a host of other aquatic adventures to be had.

Of the non-Alpine locations I have explored in Italy, Sardinia takes the top step. And, I hear that the island’s more central trails are better yet. Stay tuned for a future Shredlist installation on that region.

Thanks, Matt! It’s hard to take a shabby photo in such a beautiful place.

Think I need to put this on the bucket list!