In 1968, a 13-mile section of the Pennsylvania Turnpike was bypassed in favor of a new route that did not require the use of tunnels, which were causing a lot of bottleneck issues as the road began to see more and more automobile traffic. The old road still exists, and about 9 miles of it are accessible to explore (the other few miles of it are on private land).

I have a certain love for abandoned man-made things. I think they are fascinating—rusty metal, crumbling concrete, smashed windows. The ruin, the decay, and most importantly, nature once again taking over. For this reason, I’d been itching to ride this unique piece of land. 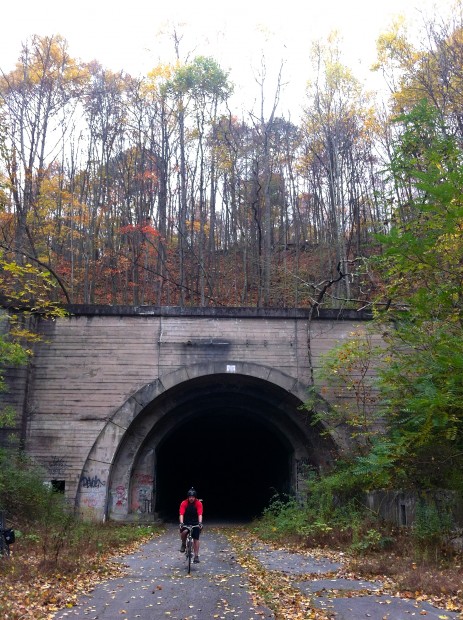 The day I finally did ride it was a dreary one–perfect weather to match the post-apocalyptic landscape. My friend Jeff and I parked on Rt. 30 just outside of Breezewood, PA, hopped on our cross bikes, and set off to explore the overgrown and disintegrating asphalt of the former highway.

It was exactly as I had imagined: grass and trees grew in the median strip. The white and yellow lane markings were faded, nearly nonexistent in spots. It was hard to believe that there were once cars whizzing by. Now, it was silent, and we were alone.

There were two long tunnels along the way, and Jeff had the idea that we should go through them with our lights turned off. As we entered the shorter one, we could already see the spot of light at the end, and I focused on that as we rode through the darkness. But in the longer tunnel, there was no light for some time. It was unnerving and exciting, riding through the pitch black emptiness, not knowing what was ahead. There could be a giant pothole, or other obstacle, or an animal, or even a dead body. I almost freaked out and turned on my light several times, but regained composure and continued on. We made it through without incident, and after what seemed like forever, emerged back into daylight. On the return trip, we turned our lights on for the ride through the tunnels, illuminating the eclectic works of graffiti artists and curious openings in the tunnel walls that exposed the bedrock of the mountain. 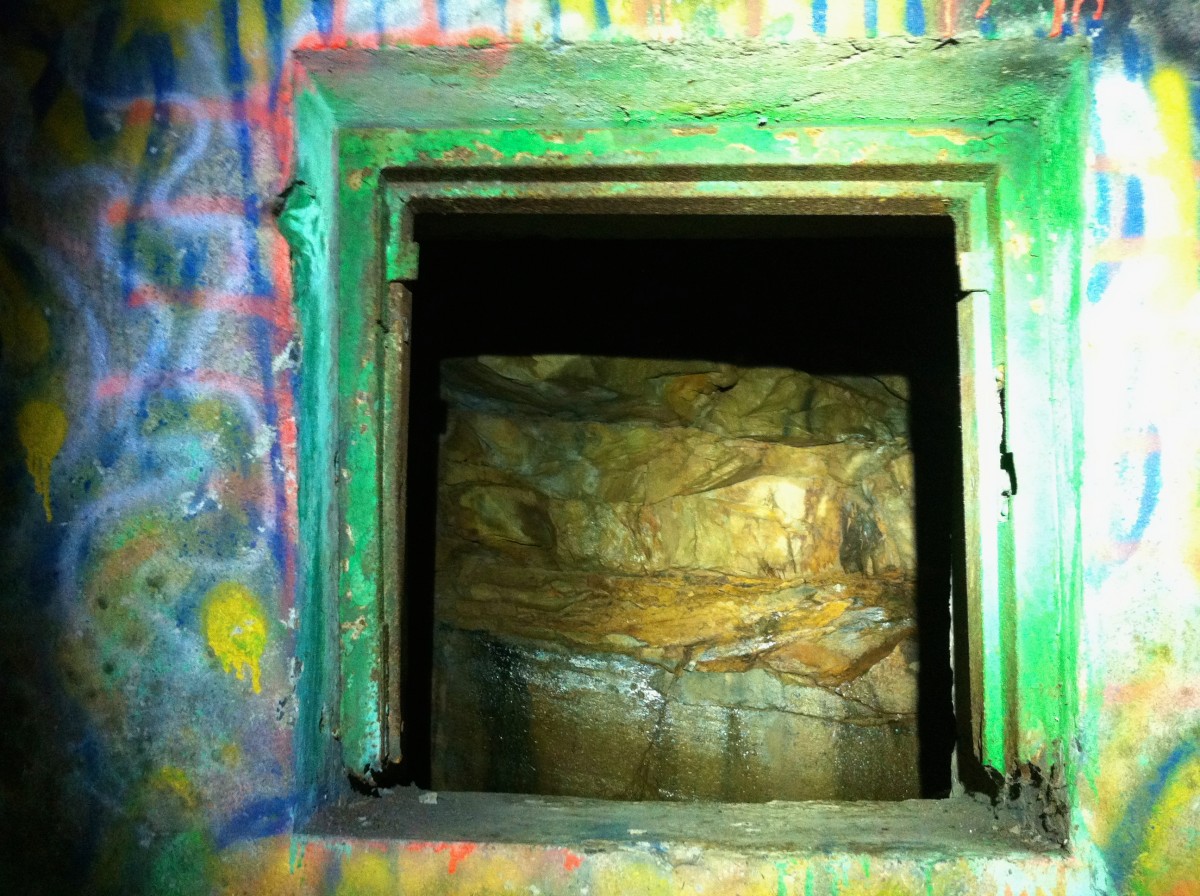 Much of the land surrounding the abandoned Turnpike is that of Buchanan State Forest, which has its own network of singletrack and gravel roads, which I have yet to explore. Daylight was waning as we finished up the ride, so we didn’t have much time to check out some of the trails we saw immediately branching off from the road–but they looked promising. 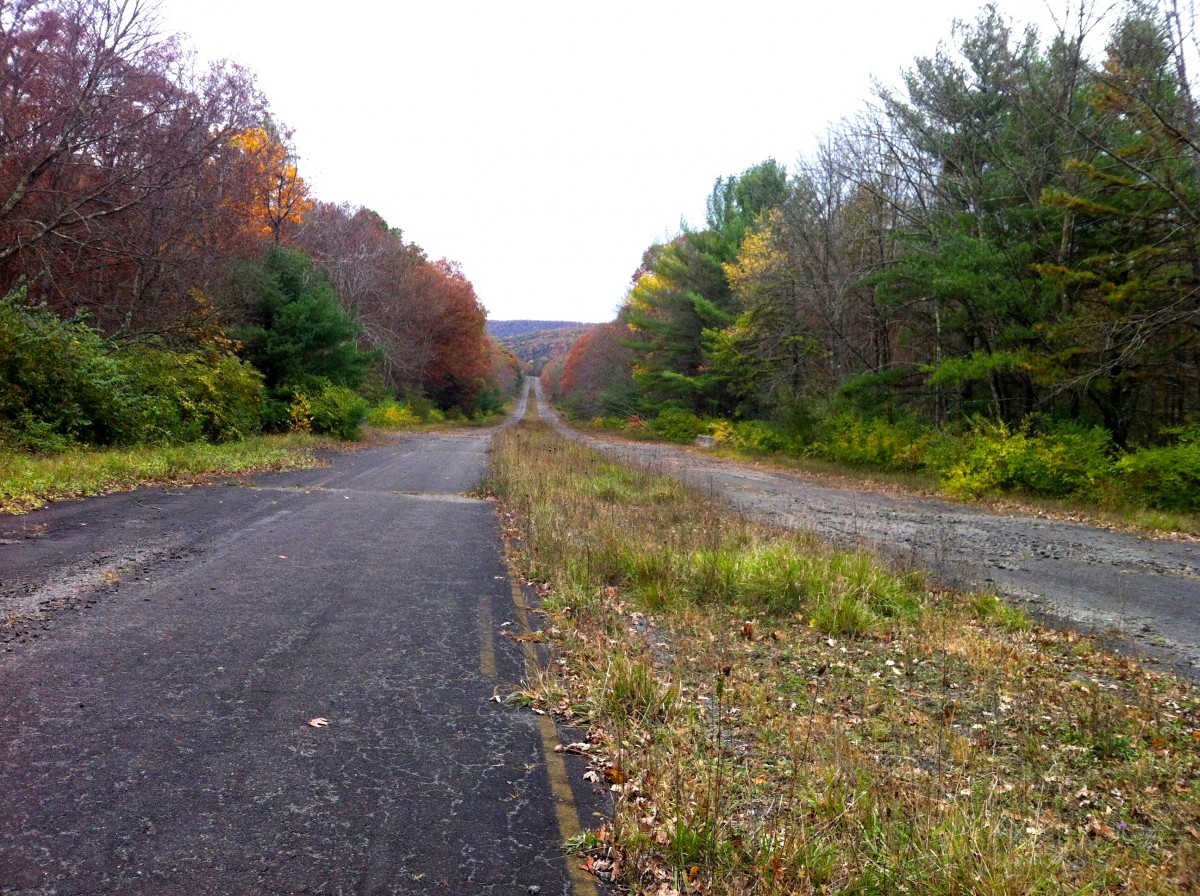 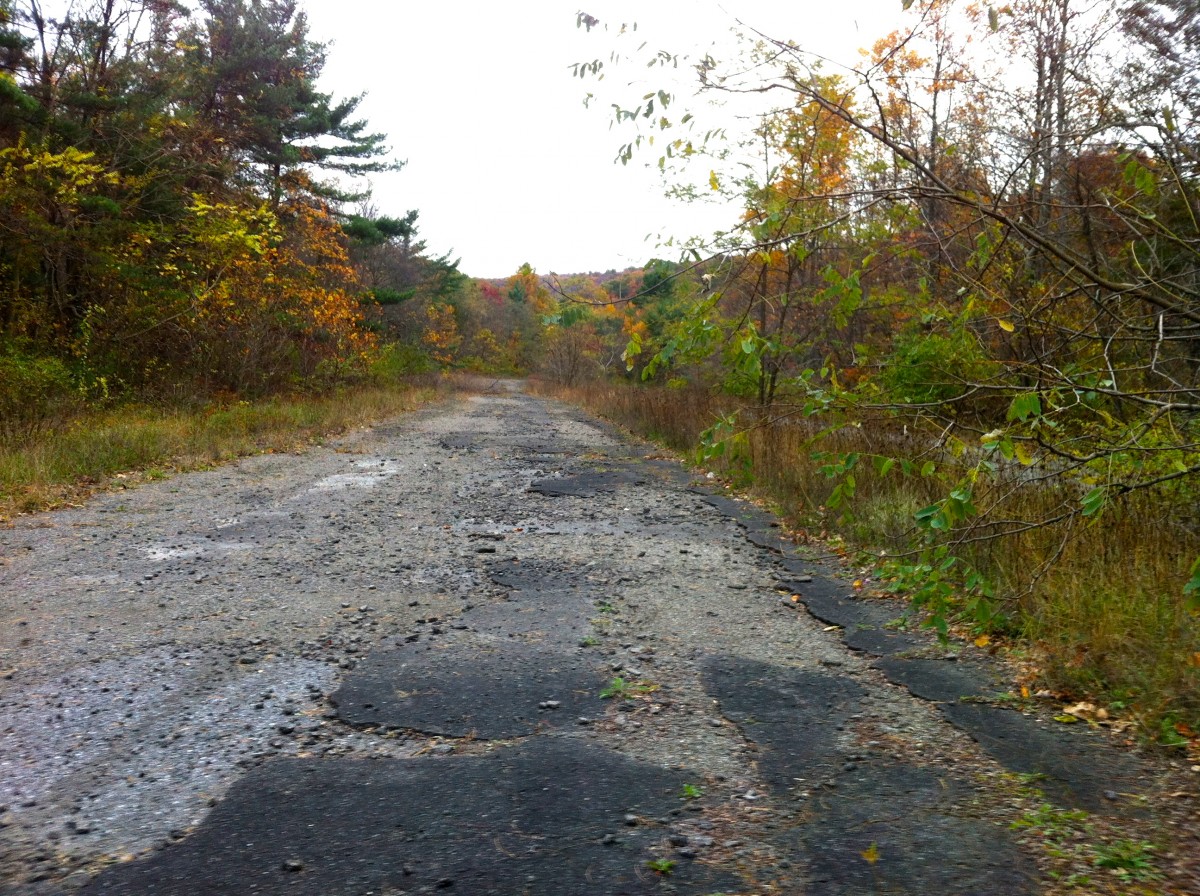 A Pike 2 Bike friends group has plans in the works to repave one lane of the old highway and make it an official pathway and put minimal lighting in the tunnels to make it safer for users, but I’m glad I got to see the area in its current, raw state. I’m looking forward to coming back to explore some of the other trails in the area and make a longer day of it. It’s truly a unique ride opportunity that I didn’t even know about until less than a year ago–and it’s only an hour and a half away from home.