When I first heard that the 2011 Singlespeed World Championships (SSWC) would be held in Ireland, I immediately marked down the date on my calendar hoping to make it to the race during my European tour. Unfortunately, I was unable to make the schedule work for the race, but I still wanted to go ride the trails on my own. After heading down the coast to Cork, I decided to make my way inland to the Ballyhoura mountains, where the SSWC would be held and home to some of the best mountain bike trails in Ireland. I arrived late Saturday afternoon with no place to stay for the night, but after talking to some of the locals that were out riding I was able to find a suitable place to camp just down the road from the trailhead.

The next morning, I stashed my things in the bushes and coasted down to the trailhead. The area has been made into a mountain bike ride center, with hot showers, a bike wash, and a bike rental/repair stand all located at the trailhead parking lot. The trails at Ballyhoura consist of five stacked loops meaning that each loop begins in the middle of the previous loop and rejoins it at a later point. Each loop is one way so the only decision for the rider to make is how long of a ride to do. Since I had all day to ride, I decided to do the longest option, 51km which includes all five trails. 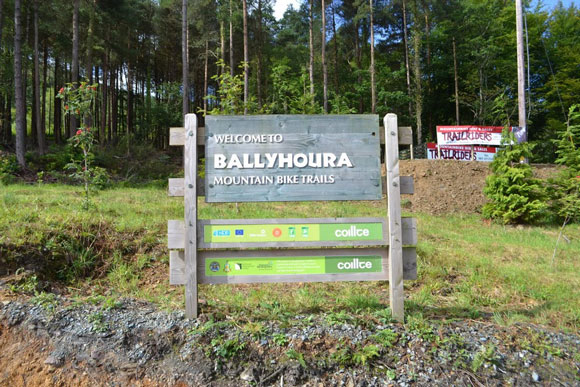 The ride starts off weaving through conifer forests which were thick enough in places that I almost needed a headlight to follow the trail. The lack of light beneath the trees also meant that these sections of trails were slow to dry out and stayed muddy for the majority of the year, although there are a good number of rocks in the soil to keep things from getting too sloppy. 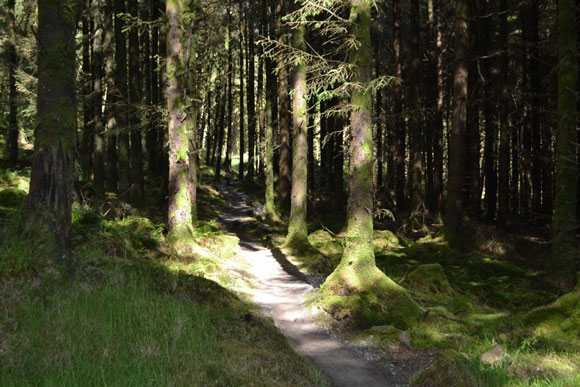 After a few miles of forest trails and dirt road climbs, I came to the split off for the white trail, which is the third of the five loops. This trail quickly became my favorite of the loops at Ballyhoura, with long fast descents through areas that have been logged in the past, leaving panoramic views along the entire trail. Since the trails here are only one way and do not allow hikers, it is easy to let go of the brakes on these long, straight downhills and really fly without having to worry about other riders coming from the opposite direction. 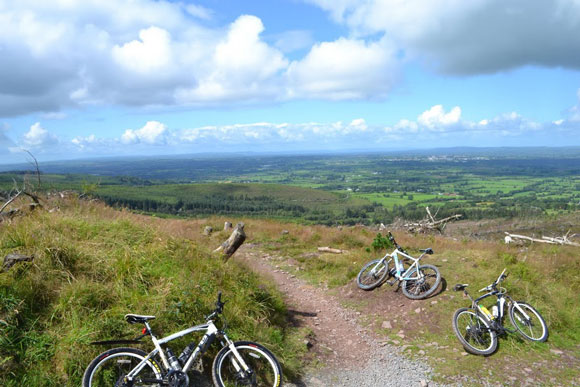 The lack of trees on this section of trail also caused the trail surface to be dramatically different. Since it was directly exposed to the sun, the trail was dusty and rocky. At times, the lack of trees and dusty trails made it feel like I was riding in the desert, although a look around at the patchwork farms and green landscape of the surrounding villages would quickly bring me back to reality. 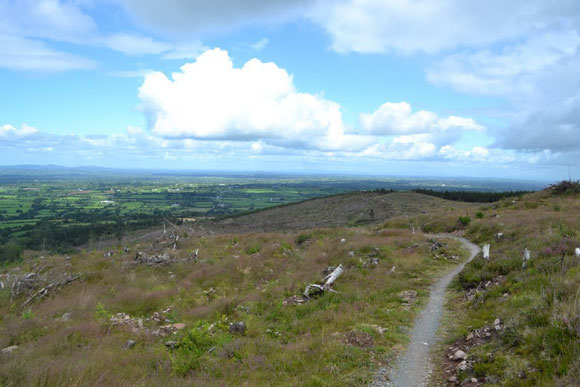 After a couple of singletrack downhills and fire road climbs, the trail came to a long series of whoop-de-doos, essentially a kilometer-long pump track section. This was a nice change of pace from the rest of the trail, and added some variety to the ride. 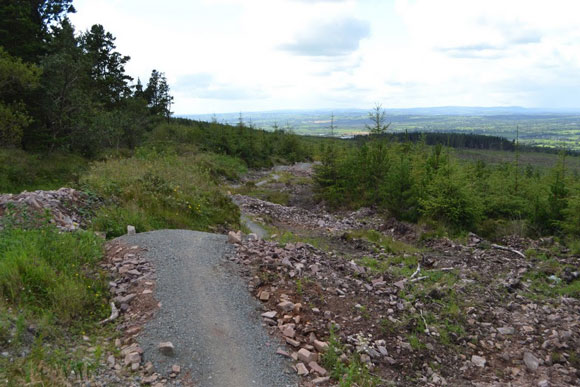 I kept riding through the open fields, enjoying the scenery until I eventually reached the beginning of the red loop, the last of the five trails. This loop is the most strenuous of the five, starting with 5km of fast downhill trail and immediately followed by a 5km fire road climb back to the previous trail. Despite being considered mountains, the peaks in this area are not very high, so even long 5km climbs such as this one are not terribly difficult since there is not that much elevation to gain. 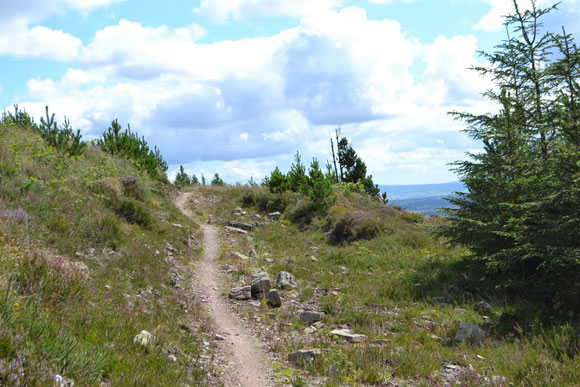 After riding the descent and climbing back out of the valley, I began the return back to the parking lot. Before long, I rejoined the brown loop and headed back into the forest. The trails here were much like the ones at the beginning of the ride, with muddy trails winding through the moss-covered forests. There were also several sections of marsh lands that were too wet to support trails, and instead had extended elevated boardwalk sections built above the ground. Despite being on the easiest rated trails, I found these boardwalks to be the sketchiest things to ride at Ballyhoura. Nevertheless, I was able to avoid falling into the swamp and finished the ride back at the parking lot. 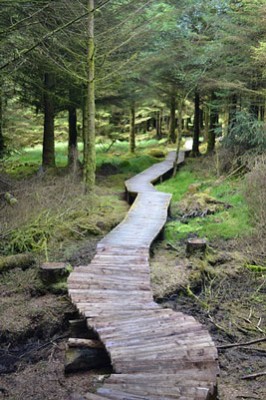 After a full day of riding, I was ready to put the bike wash and showers to good use and cleaned up before eating some dinner back at my campsite. The trails at Ballyhoura have it all: twisty forest trails, open scenic sections, smooth singletrack, technical rock gardens, and man-made obstacles such as the elevated boardwalks and the pump track section of trail. These are all purpose-built trails made especially for mountain biking and when combined with excellent facilities located at the trailhead, it is easy for anyone in Ireland to come out and enjoy an afternoon of riding. Even if I’m not able to make it down for the SSWC party coming up soon, I think that I will definitely be back to ride these trails again at some point down the line.

Culture
The Venerated Italian Superenduro Series is Paused for Another Season
Trails
Off the Lifts and Into the Backcountry in the French...
Trails
A Honeymoon in the Alps
Trails
A Dozen Delicious Descents to Ride in 2017

Looks like a blast and very single speedy! Thumbs up!

Glad you enjoyed it, Ballyhoura is one of Irelands best purpose built trail centres, but the country also has a lot to offer in relation to all mountain off roading.
There’s also a lot of new trail centres on the cards for the next few years, so anyone planning on hitting europe for a riding trip don’t forget Ireland!

I visited Ireland June 2010 and travelled from Limerick down the west coast to Kinsale. I saw a lot of mountain bikers along the way. I am going back in June 2012 and this time I am bringing my gear. I hope I can rent some good equipment.

This looks amazing. The wife and I are planning on backpacking the Dingle route in 2013 once we get all settled again.