This is a continuation of my Montana mountain biking trip report. In case you missed it, go back andread part I here. 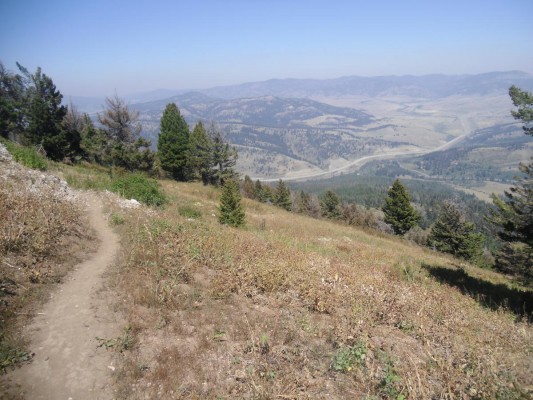 Chestnut is another relatively new addition to the Bozeman riding scene, and Im sure glad I put it on my itinerary. This trail rode something like a mini version of the Line Creek Plateau, but without a shuttle option, we had to earn the 2,600 verts. The climb was a combination of almost equal parts pavement, dirt road, ATV track, and singletrack. Some ride the singletrack as an out-and-back, but theyre in really good shape. The longer, more gradual path up the roads kept me fresh enough to really enjoy the downhill.

The downhill was screaming good fun, but did have plenty of blind corners, so good bike etiquette was in order, especially close to the lower trailhead where foot traffic picks up. Like Line Creek, the views from the top were fantastic but the more dramatic, distant mountain ranges were still obscured by smoke. Nonetheless, I charted this up as another five star ride. 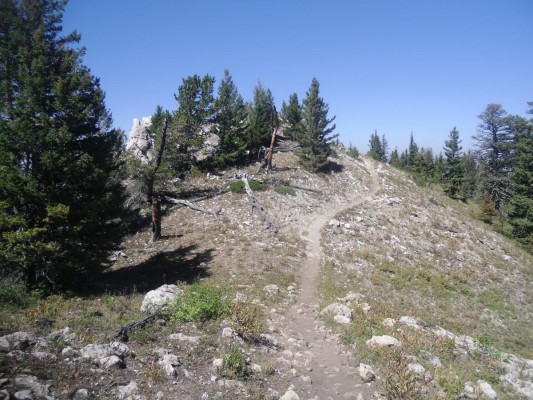 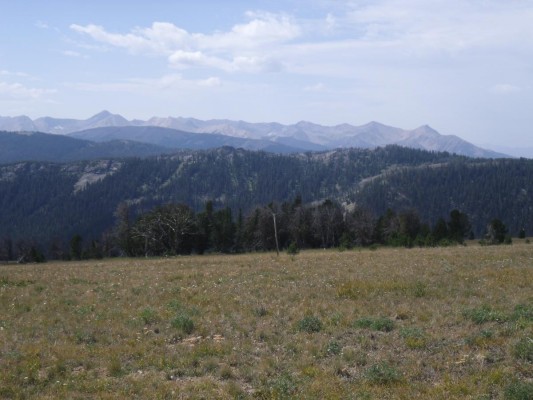 On day seven I met up with Greg, a local with the Montana Mountain Bike Alliance, who I had met online through a shared interest in MTB trail advocacy. After explaining that I had just completed two days of pretty strenuous riding, he suggested we try a ride without all the huge vertical and I gladly agreed. This is how I ended up riding an out-and-back on mostly doubletrack, something I would usually never do. However this still managed to be a fantastic ride, easily the most scenic of the trip. 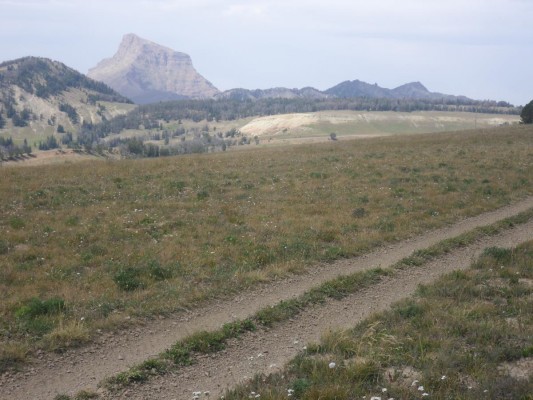 Buck Ridge provides 360-degree views of numerous mountain ranges and famous landmarks along its entire length. Gawking at the scenery, I had little time to notice that this was not at all turning out to be a legit recovery ride. In the end, we covered over 16 miles with more than two thousand feet of climbing, all at high altitude. This is a great ride for those who are as interested in what they see as in whats under their knobbies and it provides a great overview of the topography around the Big Sky area and its surrounding wilderness. Once again, the best views were often obscured by smoke. This is also a trail that can provide many loop opportunities for the very strong, adventurous rider. 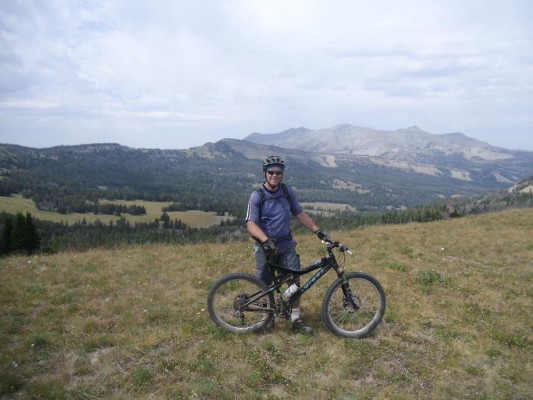 I resolved to stay out of the saddle for a day as my legs (and much of the rest of me) were completely fried by this time. However, after completing maintenance on my daughters college commuter bike, I had to take it for a test ride. The Gallagator Trail is a nice, flat, 1.5 mile cinder trail that connects the campus with downtown and also links up with many other town trails, allowing for as many miles as you want. I put in about six and called it quitsthen the real work began.

Greg had invited me to join him that evening for some trail work. We headed up to the Bridger Bowl, where Greg and his crew were rerouting a damaged, unsustainable trail into a fine piece of singletrack. As we transitioned from blisters to beers, I chatted with the locals about trail advocacy and maintenance. 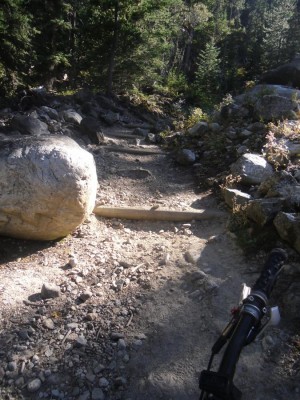 Having enjoyed Red Lodge so much on the way up, I decided to hit it again on the way back down and I found a marvelous trail collection right outside town. Silver Run is a series of cross-country ski loops that get progressively rockier the further you go, but remain fairly low grade throughout. However, if upon reaching the end, you decide to turn up the Basin Lakes trail, you will be greeted with over 2,000 verts of climbing up waterbars, steps, and rock gardens in only 3.8 miles. Again, the climb was agonizing, the scenery breathtaking, and the return descent wicked good fun. This is another must do for any strong rider passing through the area. 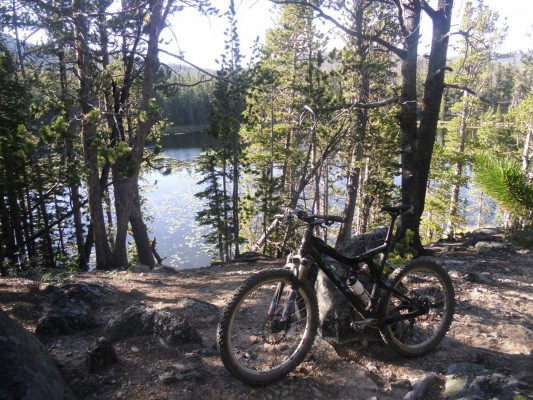 Bozeman deserves to stand alongside the likes of Moab, Fruita, Tahoe, and Summit County as a most worthy mountain bike destination. The trails I rode were all excellent and amount to only about half the trails Ive ridden in the area counting previous visits. In addition, my total trail consumption in the area is but a small fraction of the excellent singletrack available, especially for the advanced or fit rider.

Having said that, darkness looms as much of the pristine land in the area is a prime target for the wilderness movement and many trails have been lost or stand to be lost in the near future. This is a real battleground for MTB access, probably as active in that regard as any in the country. If you have the opportunity and love singletrack, take the time to support the Montana Mountain Bike Alliance and participate in letter writing campaigns to appropriate agency personnel and legislators, both in Montana and wherever you may live.

Trail advocacy battles aside, the city of Bozeman is a very friendly place and everyone I encountered, whether college student, hippie, or wealthy socialite (Ted Turner isnt the only rich guy to discover this place), was most congenial and welcoming. While on the trails, I never received so much as a glare from a hiker–that is, when I encountered one (population density is still very low here and some trails simply dont get much traffic).

What you wont find in Bozeman is great culinary creativity. Even the great Cajun restaurant I used to frequent had closed down. However, I did discover The Chickpea, which provided some of the best Middle Eastern food Ive encountered anywhere in the country. Other than that, its pretty much the usual collection of chains, diners and college dives. In any case, Bozeman is certainly worthy of your attention as a singletrack junkie, especially if youre looking to skip the usual haunts and try something different.

Great post! Bozeman used to top my wish list of places to move… back before they closed the Gallatin Crest and other trails. It’s good to hear that the biking is still fantastic though.

I was hoping to see a few closer to Great Falls, but any info on the “locals” trails is good to have! 😀

Tons of more rides in the 2 1/2 – 3 1/2 hr range, doable as day trips, but worth your while to do some overnighters (plenty of places to camp if you don’t want to spring for a hotel). Butte is 2 1/2 hrs, Bozeman and Missoula are 3 hrs and Whitefish is 4 hrs. All are loaded with great rides and many more I never got to.

That list is now saved on a word doc 😀