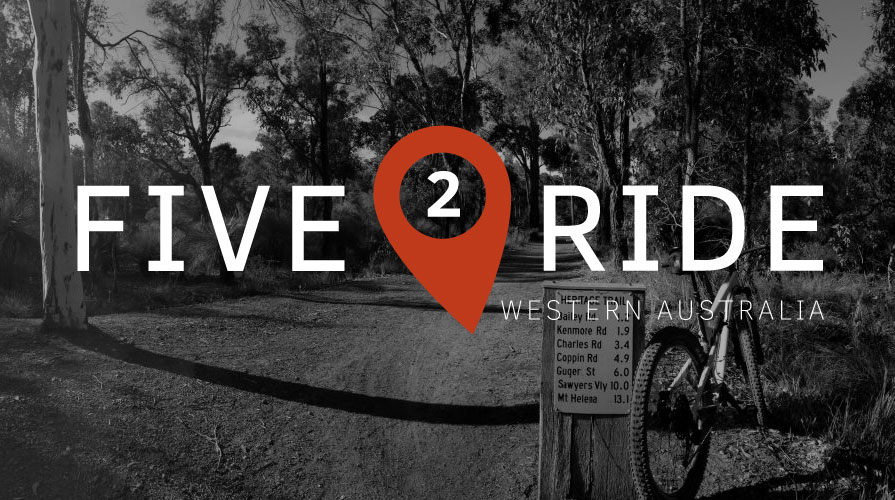 Western Australia is Australia’s fourth most populous state with just under 2.5 million residents. However, given that Western Australia covers roughly a third of the country-continent, the state’s population density is less than half that of the least densely populated continental US state, Wyoming. Much of the state is actually arid and uninhabited, with roughly 90% of the population living in the southwestern, coastal part of the state around the city of Perth, which generally has a Mediterranean climate.

And while much of the state’s topography can be described as a low plateau, mountain ranges can be found sprinkled around the state, most notably the Stirling Range southeast of Perth and the Hamersley Range directly north of Perth on the northern coast. However, for most mountain bikers (and tourists for that matter), the trails around Perth remain popular thanks to their accessibility and the topography of the Darling Scarp where the low plateau transitions down to the coastal plain.

So, if you plan to visit Western Australia, here are five trails that are not to be missed. Big thanks to Singletracks member justin70 for adding photos and reviews of many of these trails to our trail database!

With more than 30 trails and 27 miles (44km) of mountain bike trails, the Kalamunda trail system is said to be the biggest (and busiest) in Western Australia. Trails range from beginner to expert, flow to tech. And Colorado riders will feel right at home with the pea gravel found on many of the Kalamunda trails. 🙂

Great variety of trails within the network, with well-graded options for most riders (except perhaps absolute beginners). -justin70

If you ride some of the 22 miles (35km) of trails at Mt. Lennard, you might just run into a kangaroo or koala. But that’s not the only reason to check out Mt. Lennard, or as the locals call it, Pile Road. The trails wind through a mature forest of eucalptus trees with granite outcroppings with views of the valley below.

Some good trails that are (mostly) well marked maintained by the SW MTB Club, in a quiet and picturesque area.

There are great DEC camp spots at Honeymoon Pool, only 2km from the Millbrook Trail, or on the edge of Wellington Dam itself at Potters Gorge. There are also other accommodation options in Ferguson Valley – including the Farm Stay, which is great for those with kids. -justin70

The Goat Farm features legit–albeit, short–DH trails not far from the city of Perth. The park boasts about 15 miles (24km) of trails including some cross-country track in addition to the gravity runs. This place is exposed with little tree cover but offers excellent views of Perth and is just a short pedal from the Midland train station.

One of the few DH-oriented areas near Perth. […] Reasonable variety of trails on offer in a location that is close to the city. -justin70

The Munda Biddi Trail has been claimed to be the world’s longest continuous off road cycle trail, and while I suppose that’s possible depending on how you parse this claim, the fact is the Munda Biddi is a long freakin’ trail at approximately 1,000km (620 miles). The route begins east of Perth and winds its way southeast to the town of Albany. With shelters and small towns along the way, this is an excellent bikepacking route for adventurous riders looking to experience the unique flora and fauna of Western Australia.

If you want more info about the Munda Biddi trail, check out the official website here.

Your turn: Review the trails you’ve ridden in Western Australia–we’d love to hear what you think!

Progression
Balance Training for Mountain Biking
Community
Middle and High School Mountain Bike Racing Season is Back!
Gear
Should I Mullet My Mountain Bike?
Gear
Get Away from It All with These Bikepacking Picks
Subscribe
Login
Please login to comment
1 Comment
Most Voted
Newest Oldest
Inline Feedbacks
View all comments

Ok, now I want to head to Australia to ride 🙂