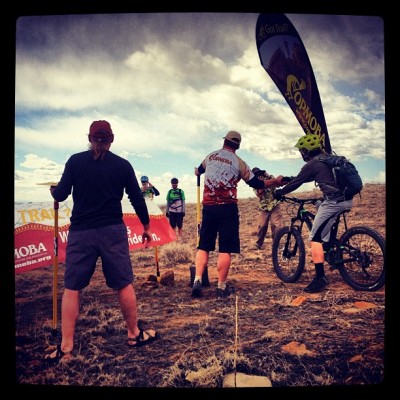 Nola took this photo a few weeks ago when she was out at 18 Road in Fruita for the dedication ceremony of our newest trail, “MoJoe.”  We’re lucky to have such a great group of dedicated trail builders: the BLM, COPMOBA, sponsors like REI, and the City of Fruita.  They all deserve thanks for working hard to constantly build new trails and to improve existing ones.

Recently Nola was back in town so she and I headed out to 18 Road for an awesome ride with about a million other folks (that’s only a slight exaggeration–it’s fabulous tourist season in Fruita!).  After a warm up on Prime Cut and PBR (last year’s new addition), we cruised up through the campground and to the top of Joe’s Ridge. 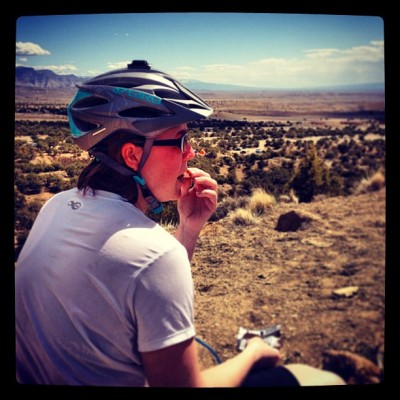 The ridge is as steep as ever and bumpy, but with no obstacles we cruised on down, leap-frogging with another group.  You still have to climb up the other side and spin along the ridge top, but at the end instead of heading back up the gravel road to Kessel Run (still awesome, BTW) you can jump on MoJoe instead.

At the beginning there are signs warning that the “character of this trail changes from this point on.”  There are pumps, rollers, and tabletops!  There is a rocky section (rideable after a quick look) and best of all, in my opinion, there are “B” routes.   The desert is a fragile place and including some ride arounds from the get-go, I think, is better than people eventually creating their own (which we all know happens).

I used a few of the “B” routes, but mostly flew over the tabletops yelling incomprehensible things like “whoooaaaaa!” 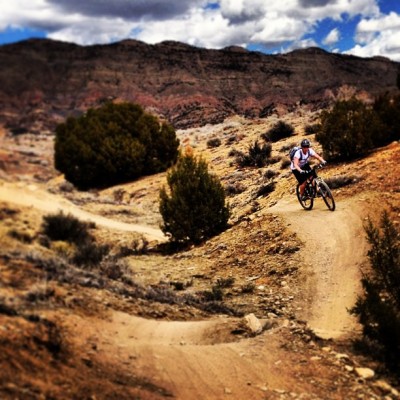 MoJoe ends right where Kessel ends; turn left and ride back up to the parking lot.  Just before the end though is an awesome jump (that I avoided).  Nola took full advantage! 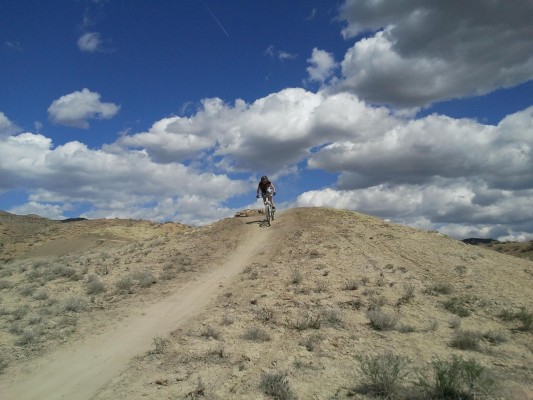 Sponsored
5 World Class Features of the Grand Enduro You Must...
Trails
Rain and Desperate Measures: The Grand Valley's Riverfront Trail
Trails
Is Eagle, CO the Next Fruita?
Community
The Durango Devo Story: A Blueprint for Grassroots Youth Cycling...

I’ll be there this weekend to check it out–thanks for the stoke!

Are you camping out? Looks like it’ll be a little warmer than it’s been the past few days…

Nah, living it up in a hotel this trip.

Wow! Some great pix! I am headed there in 2 wks for th Fruita FTF…Hopefully I can ride with w/o ‘a million’ people. 🙂

If you’re really looking to avoid the crowds, you might try Frontside/Western Zippity or Chutes and Ladders. They are tough in spots but really fun in others…and they are MUCH less crowded than the basic Prime/Joe’s/Kessel or MoJoe (although also longer).

Sounds like time to stop by rd 18 once again. Will be headed back north after the Whiskey Off-raod in AZ.
Has the road in there gotten any better?

Well it’s still gravel and still like a washboard for portions of it…and of course it’s dusty 🙂 But hey, it sure does get you to some awesome terrain!