Here’s a quick update on the 29 Trails project. It’s raining here in Atlanta today which means I won’t get to go on my regular Tuesday night ride for the third week in a row. I’m *hoping* I’ll get to at least ride next Tuesday night since it’s my last Tuesday during the challenge. Things should dry out here on Thursday which means I’ll need to get my bike in gear if I’m gonna bag 29 trails! 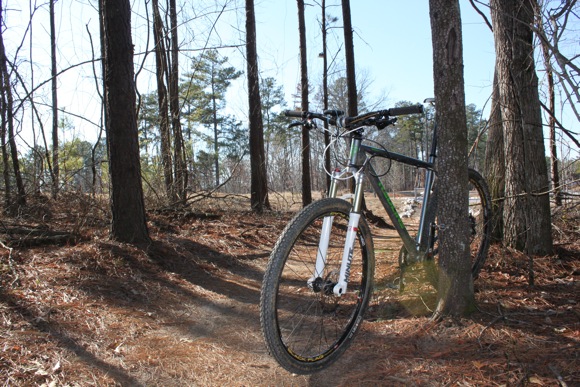 Yesterday was a beautiful day for riding: 55 degrees and sunny. I hit the Harbins Park trails at around 2pm and had my fastest ride yet – 9 miles in about 50 minutes. I’ve ridden these trails several times but yesterday I decided to switch things up a bit and ride some sections backward. Everything still flowed really well and I had a blast. Much to my surprise I wasn’t the only mountain biker playing hooky yesterday. 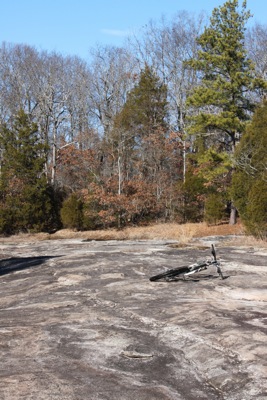 Mudhunny and I rode at Tribble Mill once a couple years ago and frankly we found the whole place pretty confusing. There seemed to be side trails at every turn and it was tough to get into a good flow.

Yesterday I revisited the trails and found the network had been reigned in pretty well by the local club and race organizers. I climbed the wide, gravel paths and descended on smooth singletrack that made the most out of every downhill. Some parts, like the area around the lake, are still a little sketchy and confusing but clearly the hikers/dog walkers are to blame here. 🙂 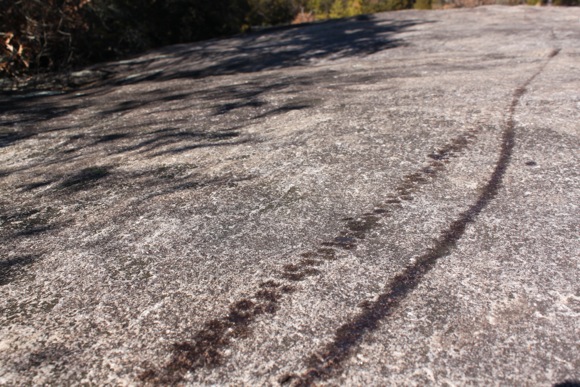 My only wish is that the parks department would install some kind of trailhead kiosk explaining the blazes (blue and white?) and showing an overview of the trail layout. Other than that – I had a blast and will definitely be back soon!

Yesterday I was just 5 trails off my pace (12 trails, 17 days) but it looks like I’ll fall to at least 7 trails down over the next couple days. No worries though – that just gives me time to plot my next adventure!

Go to DuPont SF in NC. You can ride 29 “trails” in one day there! Great system, but alot of short trails that can get confusing if not familiar.

That would definitely be fun but it sorta feels like cheating. 🙂 Haven’t been to Dupont in years…

I was just thinking about how much easier this would be if I lived somewhere like Colorado Springs where there are almost 30 distinct trails listed on singletracks (not to mention the surrounding area). The only issue this time of year would be snow on trails at higher elevations…

That just counts as 1 trail with a lot of options. No cheating!

Yeah, we finally got snow here a few days after Christmas. You’d have to skip down to Pueblo.