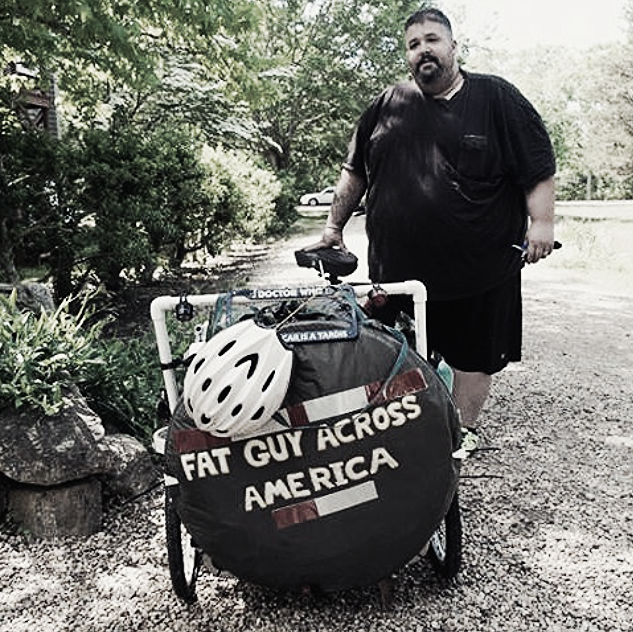 Eric Hites is a man on a mission: he’s riding his bike across the USA in a quest to prove his love for his wife and to take back his health. This 40-year-old, self-professed “fat guy” from Indiana started in Falmouth, MA on a $300 Mongoose Blackcomb mountain bike in June, and his goal is to make it all the way to California under his own power. 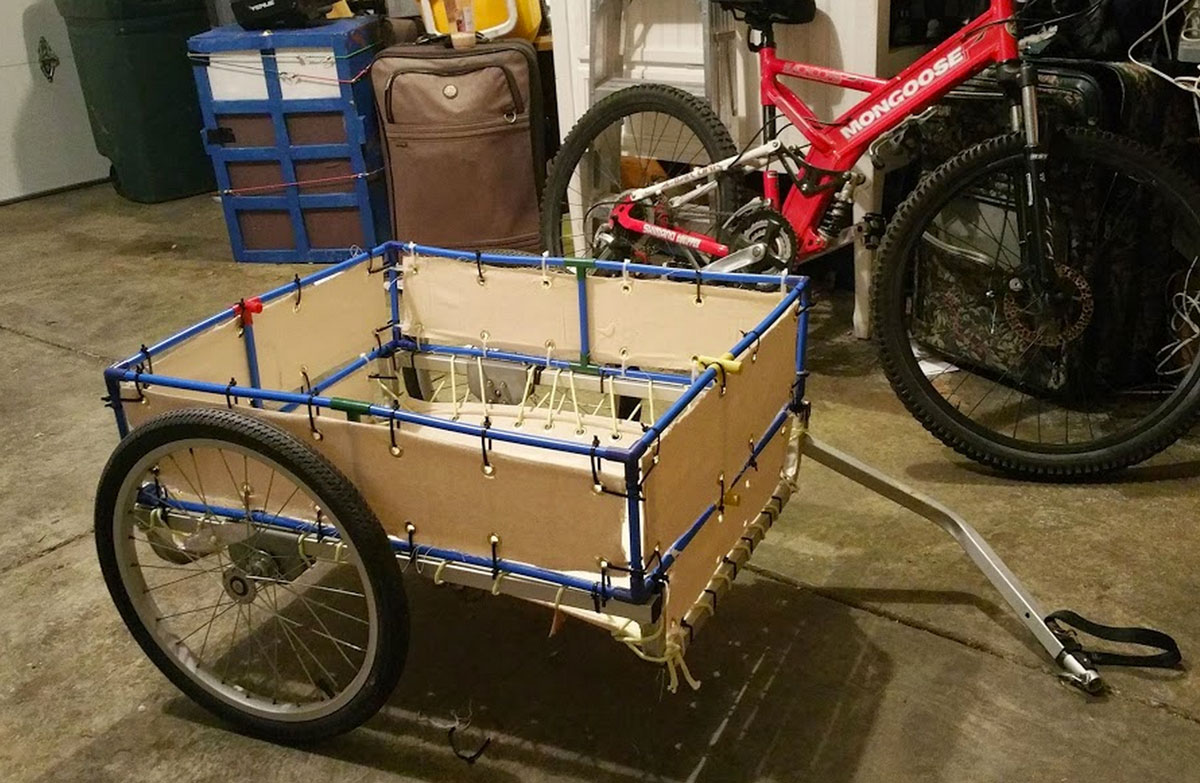 In a recent post, Eric talks about why he’s doing this ride to prove his love for his wife. I won’t try to relate the whole situation (you can read about it yourself) but the upshot is he seems to be on the right track toward improving the relationship with his wife. In fact, just two weeks into the ride she told Eric, “(T)hat was the most romantic thing anyone has ever done.”

As for the weight loss goal, even though Eric started slow (the first 90 miles to Tiverton, RI took several weeks), he lost 60 pounds in the first two weeks, slimming down from 560 pounds to an even 500. His goal is to get down to about 300 pounds by the end of the trip; at his current rate of weight loss, that should happen within just a couple months.

Last month Eric ran into a few snags, including destroying the wheel set on his rig, but what’s incredible to me is how he has remained positive about the journey. Fortunately his story is resonating with others who have helped him along the way (including Ron Purdy, owner of Newport Bicycle, who built up a custom bike to replace the Mongoose). He’s even hosting a GoFundMe campaign to raise $15,000 to help pay for the trip; in just one month he’s already raised more than $10,000.

I’ve been reading Eric’s posts from the road and they’re honest, entertaining, and inspiring. If you have a minute, you have to read this one. If this trip doesn’t result in a bestselling book, I’ll be shocked.

Good luck Eric, I’ll be rooting for you along the way!

Videos
Watch: Is this Illegal? Vittorio Brumotti Does Road Bike Trials...
Trails
The Pros Weigh In: "What's Your Favorite Trail?" Part 2
Trails
The Top Mountain Bike Trails in the USA, State by...
Progression
The Fitness Tech Arms Race: How Data is Making Cyclists...