YT Industries is celebrating its 10 year anniversary this year, and as a part of the celebration, the company just announced a revamped bike range for 2018.

One of the biggest announcements is the addition of a unique drivetrain setup across the entire line, dubbed “Eleven+.” This drivetrain setup utilizes “the new 1×11 e*thirteen TRS+ Cassette,” which offers a 511% gearing range on an 11-speed drivetrain. That’s an extra 11% extra range above the 500% range of SRAM’s 12-speed eagle drivetrains. “This 11-speed system is not only lighter, but also distinctly more durable and much easier to adjust [than 12-speed],” according to YT Bikes.

Like last year, the Jeffsy is available in both 27.5″ and 29″ configurations. The revamped Jeffsy builds run from $2,299 up to $4,999. The most affordable build is actually a full $300 more affordable than the cheapest build from last year–impressive!

The $5,000 top-tier CF Pro Race 29 features a carbon frame and is built with a Fox 34 Float Factory fork and a Fox Float DPX2 Factory shock. The DPX2 replaces the Fox Float X from last year. This year’s drivetrain features a Shimano XTR rear derailleur instead of the SRAM X01 derailleur from last year, although both drivetrains (last year’s and this year’s) use the e*thirteen TRS+ 11-speed cassette. SRAM Guide Ultimate brakes and e*thirteen TRS Race SL Carbon wheels stay the same from last year, and a Fox Transfer Factory dropper post replaces the RockShox Reverb. The CF Pro Race drops $500 in MSRP from last year.

Despite the piggyback shock, this 140mm-travel trail bike weighs just 27.8lbs! This is an impressive build kit and weight for a $5,000 bike. 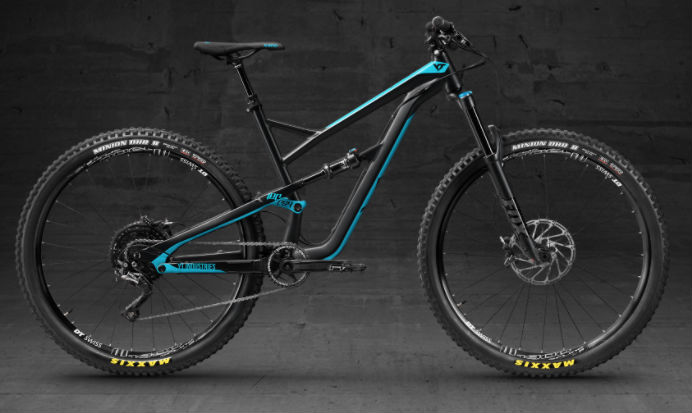 The most affordable Jeffsy 29er features an alloy frame, and this year it comes with a Fox 34 Float Rhythm fork and a Fox DPS Performance shock instead of the RockShox Pike RC fork and the RockShox Monarch R shock it had last year. This year the drivetrain consists of a Shimano SLX rear derailleur mated to the e*thirteen TRS+ 11-speed cassette instead of the SRAM GX 2×11 drivetrain it had last year. SRAM Guide R brakes and the DT Swiss M 1900 Spline 29″ wheels stay the same from last year to this year. Finally, an e*thirteen TRS+ seatpost replaces the RockShox Reverb. Despite the low price, aluminum frame, some burly components, and cutting $300 off the MSRP, this model still only weighs a claimed 29.1 pounds.

Builds for the revamped Tues run from $2,399 to $4,999. Again, these price points offer an incredible value for the money.

The top-tier Tues CF Pro Race features a carbon frame and is built with a Fox 40 Float Factory fork, Fox Float X2 Factory shock, a SRAM X01 DH rear derailleur, TRP G-Spec Quadium brakes, and an e*thirteen LG1R carbon wheelset. The build kit appears largely unchanged from last year but according to information archived on a third party website, it appears the price has dropped a full $1,000 from 2017 to 2018. 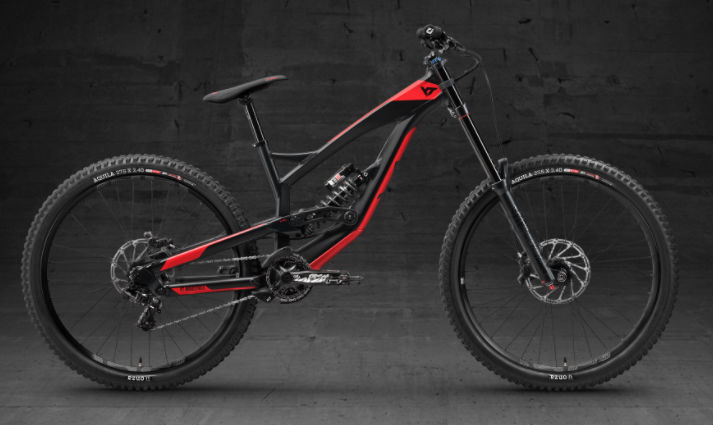 YT didn’t specifically call out the Capra in their press release, and based on their website, it looks like the Capra is still sporting the old build kits, and that YT is still discounting these models. Will the Capra see a more significant refresh soon? We’ll have to wait and see.

Progression
Sizing Up or Down Plus Handlebar Widths and Crankarm Lengths:...
Gear
The Shimano GRX Drivetrain Brings Familiar Mountain Bike Tech to...
Gear
You Have $5,000 to Spend on a Mountain Bike. Which...
Gear
Never Underestimate the Power of a Good Zip-tie
Subscribe
Login
Please login to comment
5 Comments
Most Voted
Newest Oldest
Inline Feedbacks
View all comments

YT Customer Service was my worst purchase experience in the last 10 years. Put into perspective whatever trivial “complaints” I had at local bike shops. I’d rather pay extra, and not be treated like shit.

Yap, I also had a very bad experience with their customer service. They have been totally unfriendly and not interested at the basic questions I asked. It seemed to me like they don’t need to sell bikes anymore.

It is worth noting that the two negative cs comments are coming from people outside the USA. It will make a difference.

I’ve been holding off on getting a new bike, but that jeffsy looks sharp. Might have to get one! Anyone have experience with the suspension platform/customer service? Only thing I’m put off on is the lack of storage in the front triangle since it’s been cut in half with a shock.

My Jeffsy 27 AL 1 is due to arrive tomorrow. Buying process was great. Had lots of questions since I wasn’t able to actually see or throw a leg over it. I always had an email back in am hour or 2, or by 9 am the next morning if my question was sent overnight. Hope to break it in proper on Saturday.