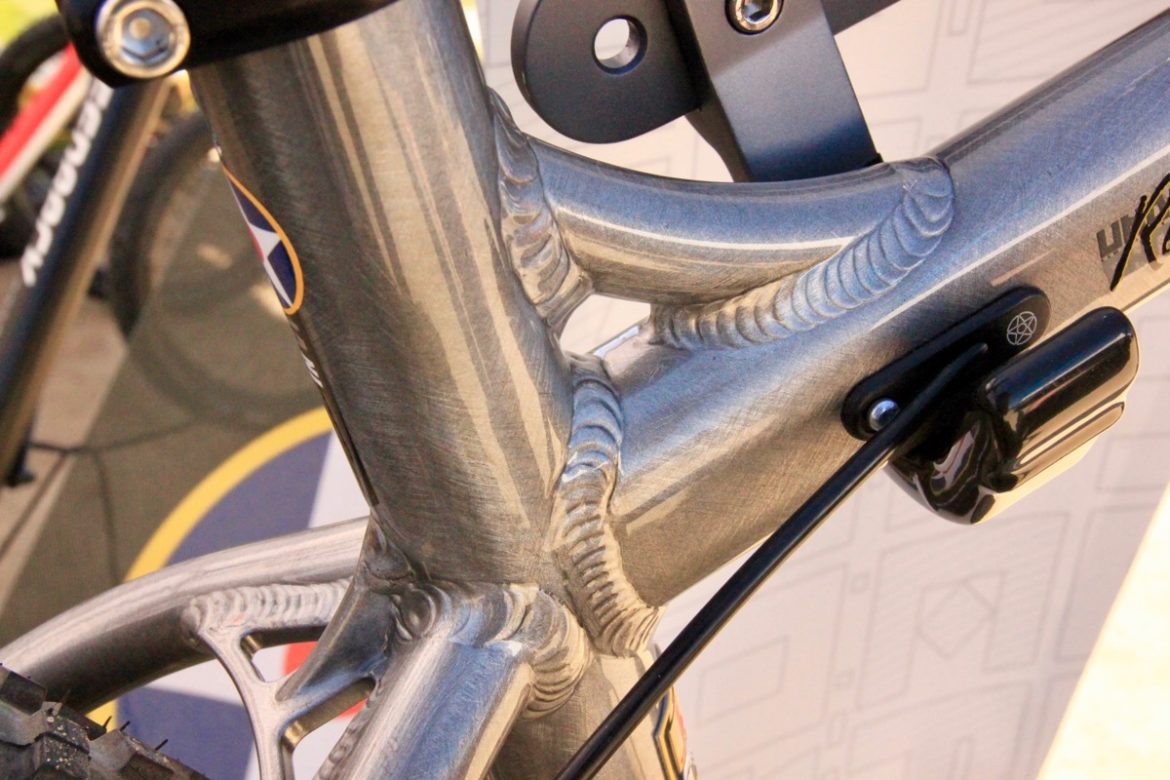 Mountain bike Hall of Fame inductee and founder of Yeti Cycles John Parker is back in the industry after 23 years with a new brand called Underground Bike Works. The brand’s first bike, the Revival, is a high-end aluminum hardtail plus bike. A limited edition run of 250 bikes will be fabricated by Frank the Welder in Vermont.

I had a chance to see a couple of the bikes in person at Sea Otter, and the attention to detail from the frames to the graphics is incredible. The welds on the limited edition frame are over-exaggerated, and clearly exist not just for strength, but to make a statement about the Underground brand. The star-and-circle logo pops up all over the frame, from the stamped chainstays to the internal routing port covers and the decals.

The chainstays are beautifully shaped, which the paint on the limited edition build accentuates. This is a plus bike after all, so the chainstays are shaped to offer plenty of rear tire clearance.

This hardtail features a modern 67.5° head tube angle and is designed around a 130mm suspension fork.

John says, “These bikes aren’t for everybody. […] We worked hard to get these bikes just right. We looked at every detail, hand picked every component so everything works
together perfectly. […] I think fans of my old stuff and anyone with an open mind will love these bikes.”

Fans can pre-order one of the 250 limited edition builds by placing a $500 deposit toward the final purchase price of $6,950. That’s a lot of money for an aluminum hardtail, but clearly no expense will be spared on the build with an Eagle XX1 drivetrain, 130mm RockShox Pike fork, carbon wheels with Industry Nine hubs, Fox Transfer dropper post, carbon bars, and Magura MT Trail carbon brakes (the 4-piston version up front, 2-piston in the back). 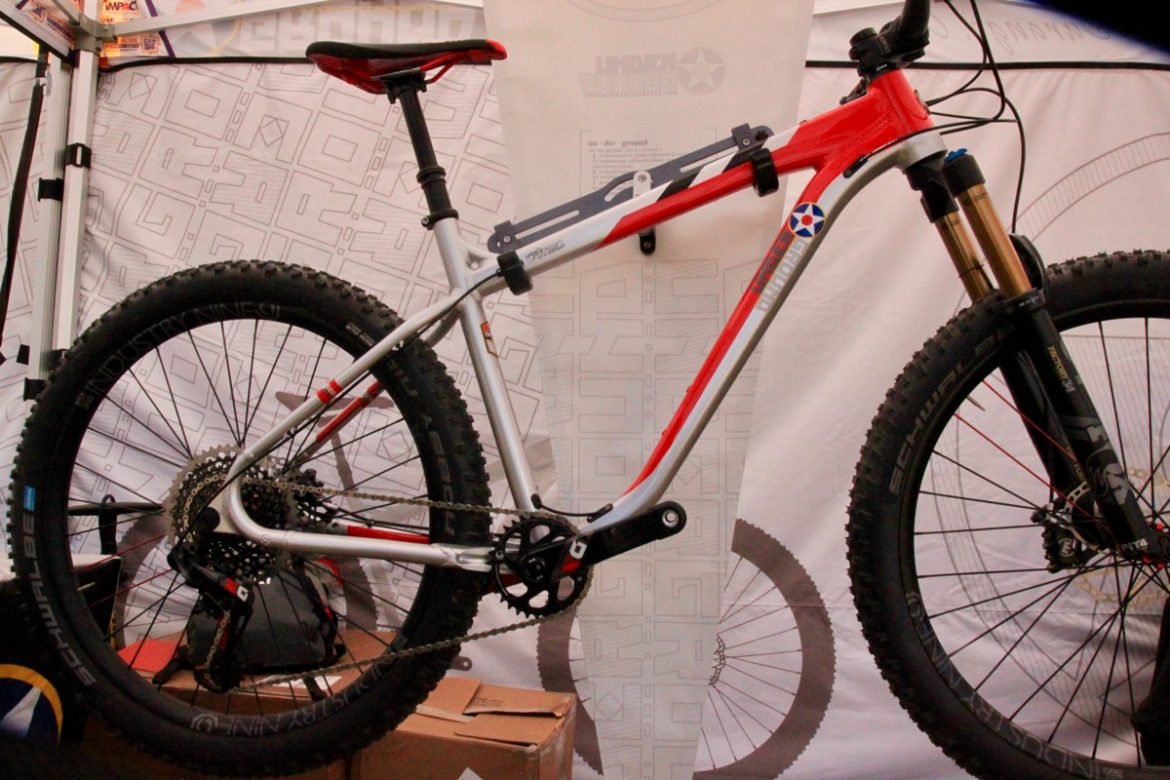 For those who can’t quite throw down for the limited edition Revival, Underground plans to follow up with a mass market bike called the Recon. The Underground Recon, shown above, features very similar lines to the Revival, but with a slightly less-blingy build and frame fabrication in Asia.