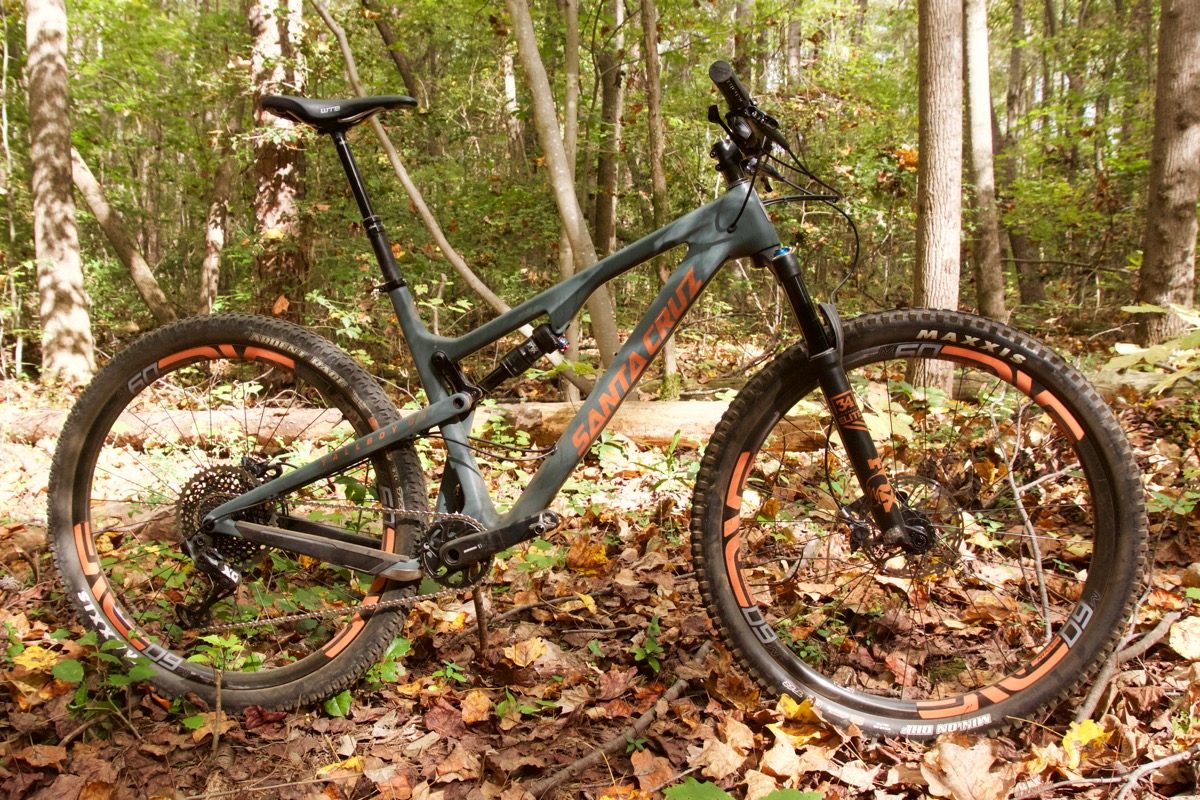 It isn’t often that I get to review an updated version of my everyday rider, so I was stoked to get in a test ride on the freshly-updated Santa Cruz Tallboy. For those keeping track, this is effectively the third generation of the Tallboy; my carbon Tallboy, purchased in 2011, is considered a first-gen model. A lot has changed in the last five years, which I quickly discovered during my test. 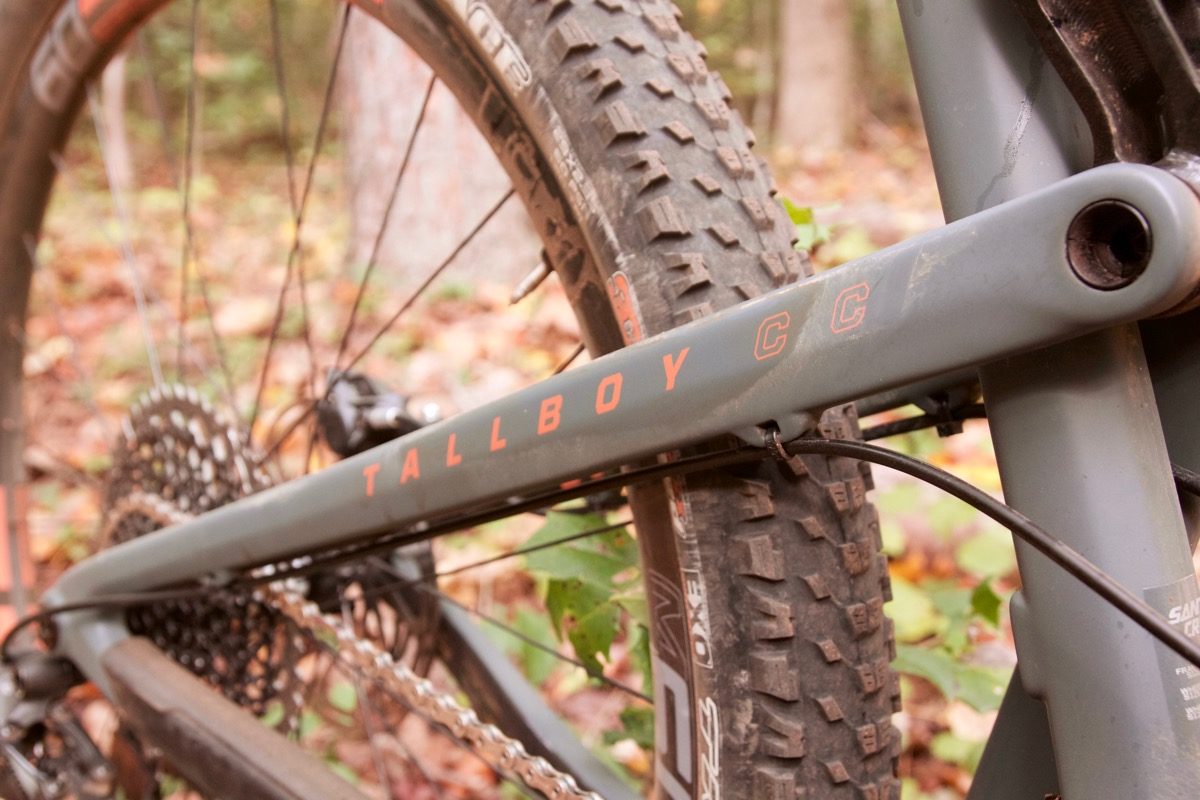 I tested the CC Carbon version of the Tallboy 3, which features Santa Cruz’s higher-end carbon fiber frame construction. When my original Tallboy was released, there was only one level of carbon available at a cost that was pretty comparable to today’s CC frames. In the intervening years, Santa Cruz has introduced a slightly lower spec carbon dubbed “C” that is much more affordable (C-model Tallboys start at $3,599 while the CC models start at $6,099). 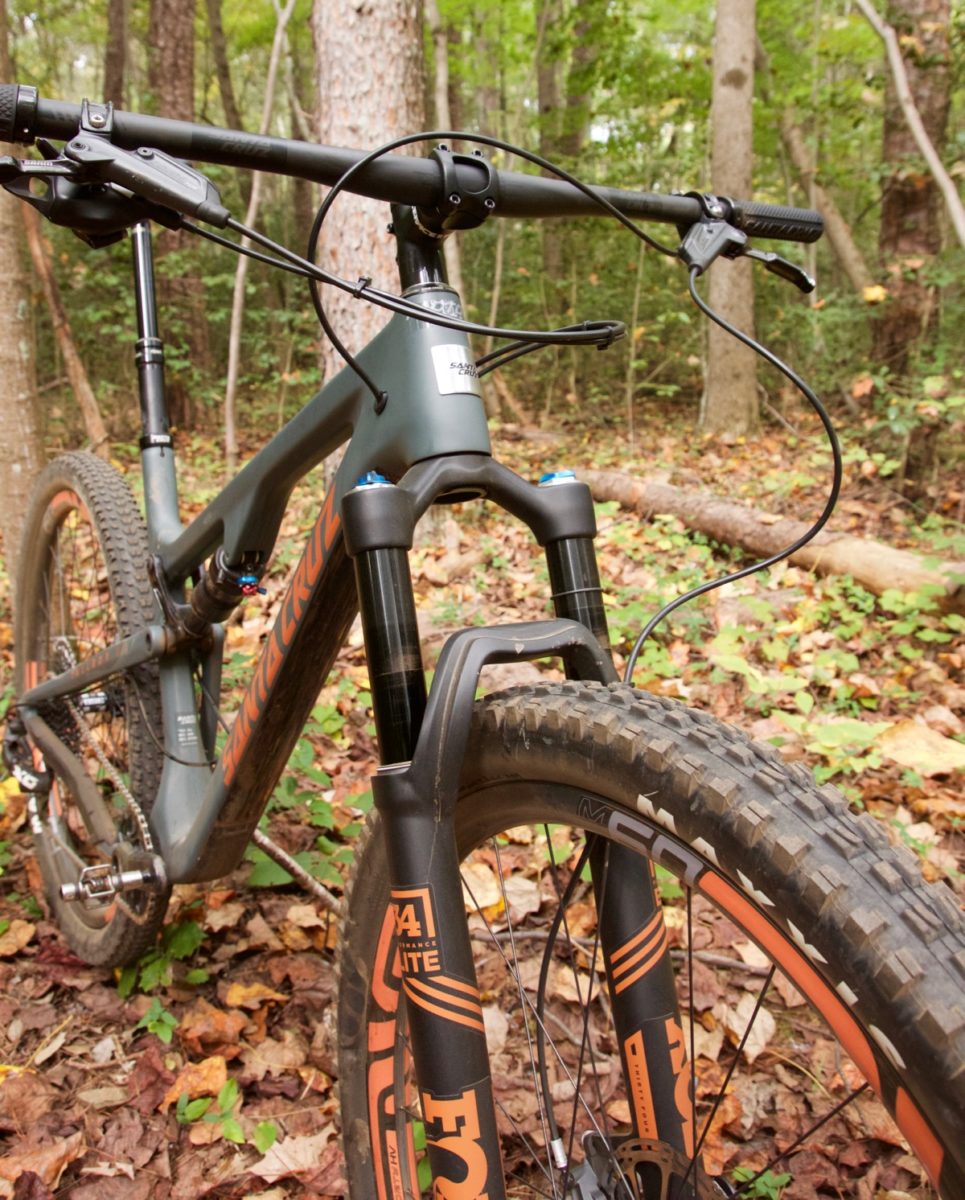 Santa Cruz has introduced big changes to the Tallboy’s geometry over the past 5 years, slackening the headtube angle from 71° down to 68°. This is perhaps the biggest change over the Tallboy I own, second only to the increase in reach from 17.2 inches to 18.7 inches, both of which completely change the ride feel for me. Santa Cruz kept the VPP suspension design but bumped the travel up from 100mm in the rear to 110mm, and now spec a Fox 34 120mm fork up front in 29er configuration or a 130mm fork for 27.5+.

“Wait, the Tallboy is 27.5+ now?” This part actually doesn’t surprise me, since I converted my own Tallboy to 27.5+ more than a year and a half ago. But unlike my jury-rigged conversion, the updated Tallboy features a flip chip that tweaks the bike’s geometry to work with the slightly smaller diameter wheels. This is a welcome change, as the bottom bracket on my own bike is noticeably lower than it should be after the conversion.

The updated Tallboy naturally features dropper post routing and 148mm rear spacing, unlike my first-generation Tallboy. The company also offer a new XXL frame size in their carbon models. Santa Cruz did drop one feature on the new Tallboy that I personally use all the time: the second water bottle mount.

I purchased my Tallboy as a bare frame, so it’s not really possible to compare component specs. As tested, the Tallboy CC I rode features a SRAM X01 Eagle drivetrain, a Fox 34 Performance Elite fork, and a Fox Performance Elite shock. This is essentially the mid-range CC build, which retails for $6,599 USD. This test bike also included the ENVE wheel upgrade, which adds another $2,000 to the price. 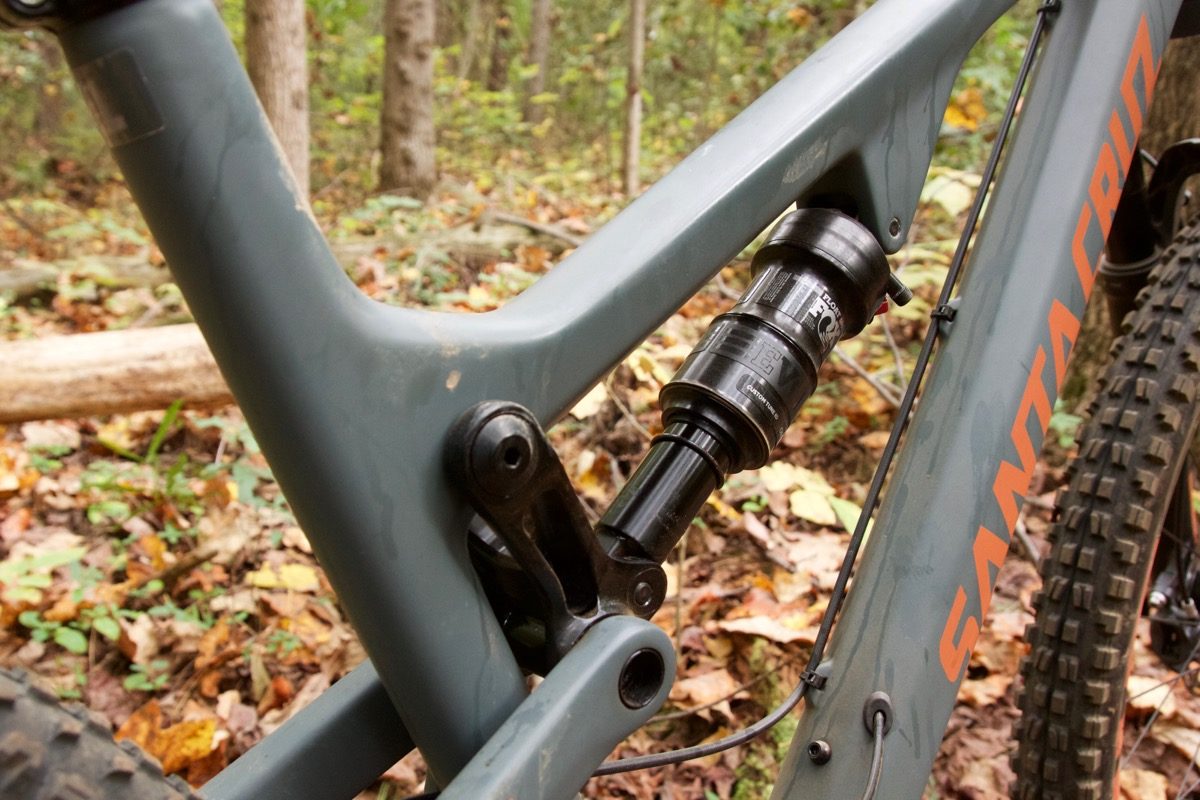 Santa Cruz throws in a RockShox Reverb dropper post with 150mm of travel on the X01, size XL build, along with 780mm carbon bars (the first generation build only specced 740mm bars), and Avid Centerline brakes. I have just two slight nits to pick with this build: the bars seem too wide (fortunately they can be cut) and the fork and shock aren’t Kashima-coated. Santa Cruz saves the Kashima-coated suspension for their roof-of-the-sky, XX1 build ($7,999 USD) but c’mon, if someone drops $6,599 on a bike (or $8,599 for the ENVE build), at least throw in a little Kashima. When I ordered my frame back in 2011, I opted for the Kashima-coated shock upgrade, which added about $200 to the price. I suspect if the company offered a $6,999 Kashima build ($200 for fork, $200 for shock), people would take advantage while saving $1,000 over the XX1 build.

I tested the new Tallboy on the trails at the US National Whitewater Center near Charlotte, NC on wooded, rooty, piedmont trails similar to the trails I ride my own Tallboy on at home. But from the moment I climbed aboard the new Tallboy, it felt nothing like my trusty steed. And looking at the spec differences between the two bikes, this isn’t a surprise at all.

The new Tallboy proved to be a much more capable descender, thanks to the added cush’, slacked out headtube angle, and the additional 1.5 inches of reach. It’s no wonder Santa Cruz has moved from calling the Tallboy an XC bike to a Trail bike, especially given its ability to run 3.0-inch, 27.5+ tires. The wider bars only up the ante when it comes to descending, making the updated Tallboy feel like a much more aggressive bike.

The flip side, not surprisingly, is that I found the new Tallboy wasn’t nearly as capable a climber as my first-generation model. The trails we chose for this test ride featured several short, punchy climbs that at times, seemed to come out of nowhere. While I was able to make it up each one, I felt like the bike was fighting me a bit more than I expected, given the proper climbing manners I’ve come to expect from my own bike. Admittedly this was a quick and dirty test ride, but the front wheel tended to wander a bit on the climbs and overall, I just wasn’t nearly as comfortable climbing on the third generation Tallboy as I am on my original.

Bottom Line: Would I swap Tallboys?

At the end of the day, I have to say I’ll stick with my first-generation Tallboy. While there is a lot to like about the changes to this bike over the years–a rear thru-axle, more travel front and rear, and the improved ability to run 27.5+ wheels–overall I’m not super stoked about the geometry on the new Tallboy. However, this test ride has given me some ideas for modernizing my own Tallboy, like upping the travel on my fork and adding a dropper post.

Just to be clear, I have no problem with longer, slacker bikes or bikes with more than 100mm of travel. But if I were to choose a Trail bike to own, I’d look for something that goes a little deeper into Trail territory with more travel, like the Santa Cruz 5010. Since Santa Cruz isn’t currently offering a true full-suspension XC bike like the old Tallboy, I’ll stick with my first-gen Tallboy as the XC arrow in my MTB quiver.

Thank you Jeff for a honest review.

Thank You for the honest review Jeff, I’m NOT a fan of the slack and low geometry either ! Would this bike be a better bike by changing the head angle to ~69 degrees via an angleset ? I put a Works Components headset on another of my “slack and low” bikes and steepened up the head angle by 1.5 degrees and the bike handled a LOT better in technical terrain and the high bottom bracket didn’t hit as many rocks.

I appreciate this review. I have a 1st gen Tallboy as well and I love it! One thing that I am not happy about is the way bike manufacturers are shunning the XC category and leaning toward trail and all mountain. There is a whole slew of aging mtn bikers out there who aren’t into “hucking” and just want to ride. That’s why I love my Tallboy 1 so much. It rides great. It is plush and climbs really well. Descending is decent, but I’m almost 50 and have no business shredding down the mountain. Why did Santa Cruz have to mess with one of the top selling mtn bikes of all time? I will be keeping my Tallboy 1 for now, with its open rear dropouts and external cable routing. And when it comes time to shop for a new bike, unfortunately I will not be considering the new Tallboy.

have you considered the Stan’s thru axle 135 conversion?

i had it on my hardtail and it pretty much makes your 135 feel like a 142 thru axle. one of the best upgrades i did to my bike. it’s also pretty cheap.

Thanks for the review! i currently have a 2014 TB LTc and due to a recent accident i need to either buy the new 2017 version, buy a 2013-2015 version, or simply have mine repaired. As most people would know, converting from 2014 to 2017 means, new fork, new seat post, and new wheels. i currently have custom made 27.5+ wheels on my TB (like many people have done) and just don’t want to give them up!
my biggest concern was over the suspension. if you call Push Industries, they will tell you the #1 and #2 bike suspension they do are Tallboy and Tallboy LTC. i am having so much trouble dialing in my suspension because it’s just too soft. i think i have it to a point of good balance. i was more interested in the updated TB if it had much better suspension or should i just send my stuff into Push and get even a better result.
the geometry from the 2013-2015 model isn’t as big of a difference than the gen 1 TB. my wheel base is an inch shorter which is better for me because all i have is tight twisty flowly trails.