Yeti announced the SB130 and SB150 mountain bikes at the end of last summer, and at the time, most of us focused on the bump in travel: the SB130 added about 15mm of rear travel over the SB 4.5 while the SB150 grew by 10mm. Digging a little deeper, it appears the new bikes also introduced even more dramatic shifts in geometry, pushing the limits of slack head tube angles, longer wheelbases, and steeper seat tubes.

While in Bellingham, WA last month I spent two days riding the Yeti SB130, climbing upwards of 5,000 feet and descending even more across dozens of miles of sweet loamy singletrack. Here’s what I learned.

With the release of the SB130, Yeti kept a number of things the same including the Switch Infinity suspension design and the use of their proprietary Turq carbon fiber layup and materials. The new bike adds a shock extender which is said to change the leverage ratio and add more shock clearance. Yeti even managed to make room for a water bottle cage inside the front triangle.

Yeti positions the SB130 as a trail / enduro bike, and the 29er offers 130mm of rear travel paired with 150mm up front. Compared to other 29er trail bikes with a similar amount of rear travel, a 150mm fork is long, and it’s worth noting that the bike sports one of the widest spreads between front and rear travel (20mm). Still, that’s a narrower gap than the Yeti SB 4.5 which offered a whopping 26mm spread between front and rear. Mis-matched suspension numbers seem to be a hallmark of Yeti designs, and in practice, it tends to work out pretty well.

Not only is Yeti pushing the envelope in terms of front suspension travel with the SB130, they’re also at the bleeding edge of progressive trail bike geometry. The 65.5-degree head tube angle is among the slackest of any of the 29er trail bikes we’re tracking, and it’s a full two degrees slacker than the SB 4.5 was. Even more dramatic, Yeti boosted the seat tube angle more than three degrees to 76.9, again making it an outlier among 29er trail bikes. The wheelbase and reach, as you probably suspect by now, are among the longest of bikes in this class, and significantly longer than the SB 4.5 or the SB 5.5 were.

While most brands tout their latest-generation of bikes as “longer and slacker,” Yeti is possibly the only one (for now) who can credibly claim to be both “longest and slackest,” at least among the 130mm rear travel 29ers we’ve looked at.

The bottom bracket height is one of the few key specs that didn’t change dramatically, and the 337.7mm height is right around the average.

The size XL Yeti SB130 I tested was a highly modified build, so much so that it’s hard to say how it lines up with the standard kits offered by the company. One thing is for certain: this is one of the higher-end builds, utilizing Yeti’s lighter (and more expensive) Turq carbon layup.

Up front, my test bike was kitted with a Fox Factory 36 fork with 150mm of travel, paired with a DPX2 rear shock, both Kashima-coated. For the drivetrain, the SB130 was fitted with the new Shimano 12-speed XT drivetrain and updated XT 4-piston brakes. Shimano XT wheels, XT trail pedals, Pro Tharsis carbon bars, Pro Koryak dropper post, a Pro Turnix saddle, and Pro grips rounded out the Shimano-heavy parts kit.

The test bike was fitted with Vittoria Martello 2.35″ 29er tires rather than the Maxxis Minions that Yeti specs on their builds. The Martello is a tire I’m familiar with, and in some ways, it’s pretty similar to the Minions.

In Bellingham, the Yeti SB130 lived up to its “Super Bike” designation. In my opinion, it’s the most versatile bike in the Yeti lineup, nearly as capable a climber as it is a descender.

For starters, it’s worth noting just how lightweight the SB130 can be built up, which obviously helps when climbing. The top of the line, $9,000+ build is said to weigh just under 28lbs. and while I didn’t get a chance to weigh my test bike, my guess is it was well under 30lbs. On the trail, that light weight translated to a nimble and spry feeling, particularly on ascents.

I found the SB130 to be pretty efficient on climbs, with the Switch Infinity suspension setup offering a mostly static platform. The anti-squat capabilities of the SB130 are among the best I’ve experienced, allowing me to mash the pedals harder than usual without feeling like the added power was being soaked up by a bobbing rear end.

While the pedaling platform is awesome, the slack head angle makes for a slightly wandery front end. The uber-steep seat tube angle aims to make up for this, attempting to shift more weight toward the front of the bike in a climbing stance, but in my experience, it just wasn’t enough. On really steep climbs (and to be fair, they were among the steepest I’ve pedaled), I couldn’t get far enough forward on the saddle to keep the front end in line. I suppose at this point in the trail most of us decide to just hike-a-bike anyway, so I can’t really ding the climbing abilities of the SB130 too much here.

On the flip side, having such a slack head angle (and long wheelbase) makes the SB130 a rocket on the descents. This is where the bike really shines for me and it’s clear Yeti has decided to err on the side of descending prowess over climbing. Yeti touts the linear nature of the Switch Infinity platform, which in my experience can sacrifice some of the small-bump sensitivity that riders prefer. However, I found the small-bump compliance to be more than adequate with this bike, and the suspension has an overall feel that’s solidly in between linear and progressive. The SB130 and Switch Infinity strikes a nice balance here.

Even going downhill, the light weight of the SB130 is noticeable, making the bike easy to pop off trail features and maneuver with ease. The long wheelbase and reach give it stability at high speeds, yet somehow the bike is still capable of maneuvering through tight spaces.

Overall the Yeti SB130 is an extremely capable bike, worthy of pretty much any trail you might want to ride on a mountain bike. The extreme, aggressive geometry sets the SB130 apart from other 29er trail bikes with its descending abilities, without completely sacrificing its ability to climb with the best trail bikes on the market. If you can only have one bike, the Yeti SB130 is definitely one to consider.

Compare prices of the Yeti SB130

Hey, looks like a great bike. Thanks for the review. Now to the good stuff, what trails were you riding? Looks like some seriously lush conditions. Please share.

Bellingham, WA. Publishing a story about the trails there next week!

I rode the SB130 in Pisgah the first 2 days on a Pisgah Trip, earlier this year and didn’t enjoy it as much as I expected. I’d put it down to the poor suspension setup by the rental shop but I got the worse arm pump I’ve ever had in my 6 years of MTB riding. The bike had me feeling like I was on verge of crashing every time I pointed down a gnarly trail. So I was disappointed to say the least.
I rode a Ripmo for a shorter period on same trip and found that was more comfortable descending. Last two days of the trip I rode an Offering and that bike shone like dog stones. Had me hitting stuff at speed I wouldn’t regularly do.
Wish I could retry the SB130 again with a better tune to see if I’d like it more but wouldn’t pick it over the Ibis or Evil if I had to choose.

I just picked up the 2021 version of the Yeti sb130 and it’s a fantastic bike. It’s a great ride and really handles well.

I got my 2021 Yeti SB130 T3 build back in November so I’ve only had a few rides, but I love it. The bike feels more like an extension of my body and fits my riding style perfectly. I upgraded from a 2018 Specialized Camber Expert and the difference was very noticeable. I can’t wait to get it onto some of the better trails I normally ride, but COVID and weather have been preventing that so far. 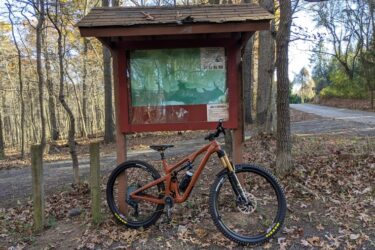