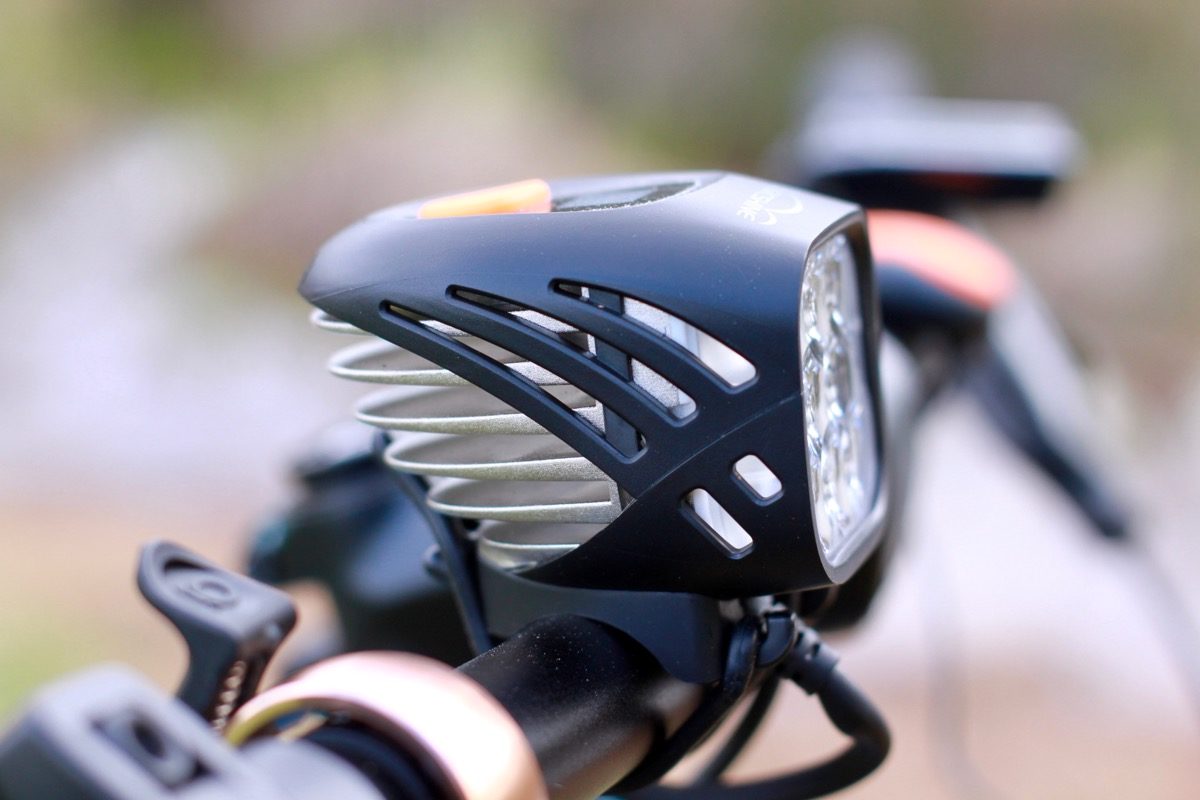 The Magicshine MJ-908 mountain bike light kit is designed for serious night riding, and the company makes some pretty big claims for this reasonably priced light set. But does it deliver? I decided to find out.

Lumen count is the number that consumers tend to focus on when selecting a bike light, and it’s also the most controversial. One of the large mountain bike websites likes to do a big bike light lumen test each year, using lab equipment to determine if lights are actually producing as much brightness as they claim.

Magicshine hedges their own claim by stating the 8,000 lumen output is theoretical, meaning consumers’ actual mileage may vary. The MJ-908 does feature eight Cree XM-L2 LEDs, each capable of producing up to 1,052 lumens. Magicshine is actually being a bit conservative on the theoretical lumen number because eight times 1,052 is actually 8,416 lumens. There are several factors that limit how much actual light is produced by LEDs, chief among them, the amount of power that is sent to the LED. Send too much power, and the LEDs can overheat and burn out. 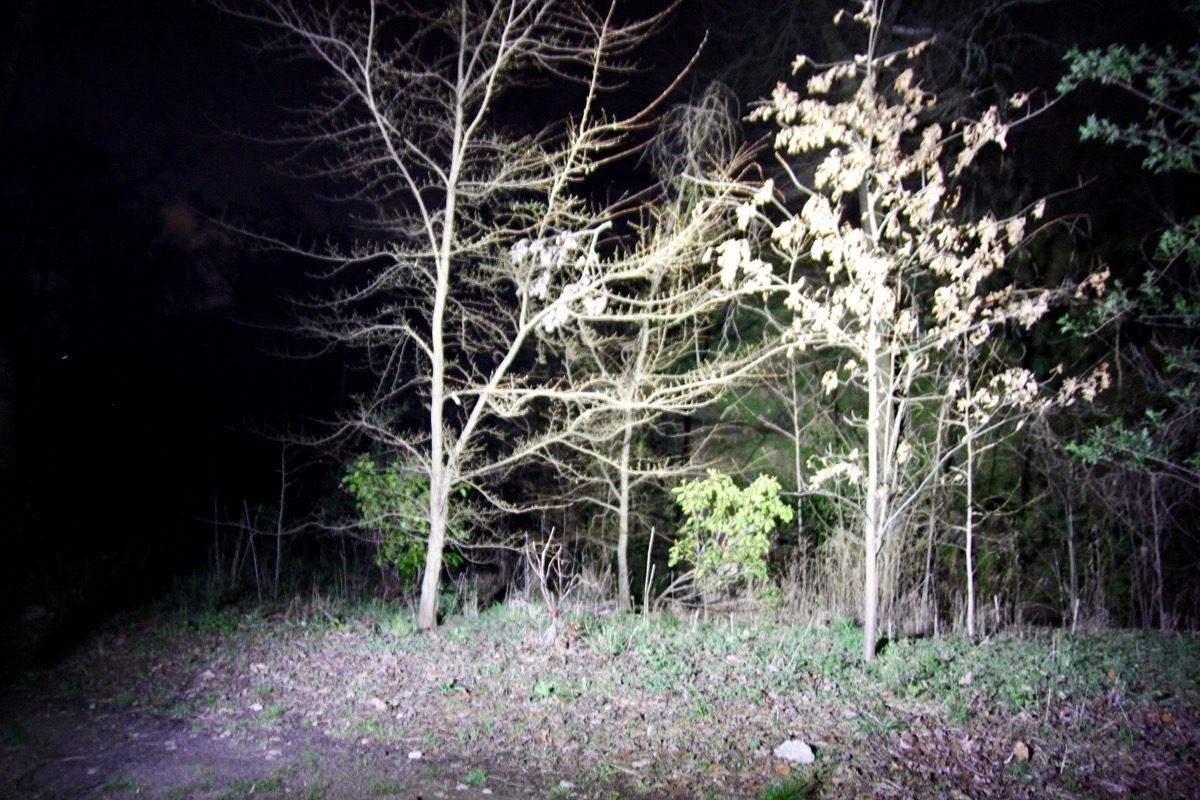 Does this light pump out 8,000 lumens? No. But if you think you actually need 8,000 lumens on the trail, rest assured that this light will be very bright, brighter than most lights on the market. While I don’t have access to fancy lab equipment, I do night ride a lot and have tested a ton of lights, and my subjective assessment is that this light appears to be about as bright as the 2,400 to 3,600 lumen lights I’ve tested. My regular night riding setup consists of two lights: one 1,200 lumens, the other 800 lumens, and I rarely run either on full power. So even 2,400 lumens is a lot of light, much more than the vast majority of riders will ever need.

Three hours on high is a generous amount of run time for most mountain bike lights on the market, so this claim seems a bit exaggerated. To test, I fully charged the MJ-908, then sat it on my desk at the office with the light blazing at full power. To be honest I’m not sure this is a fair test; after all, the light needs airflow to keep it from overheating–just look at those massive heat-dissipating fins! 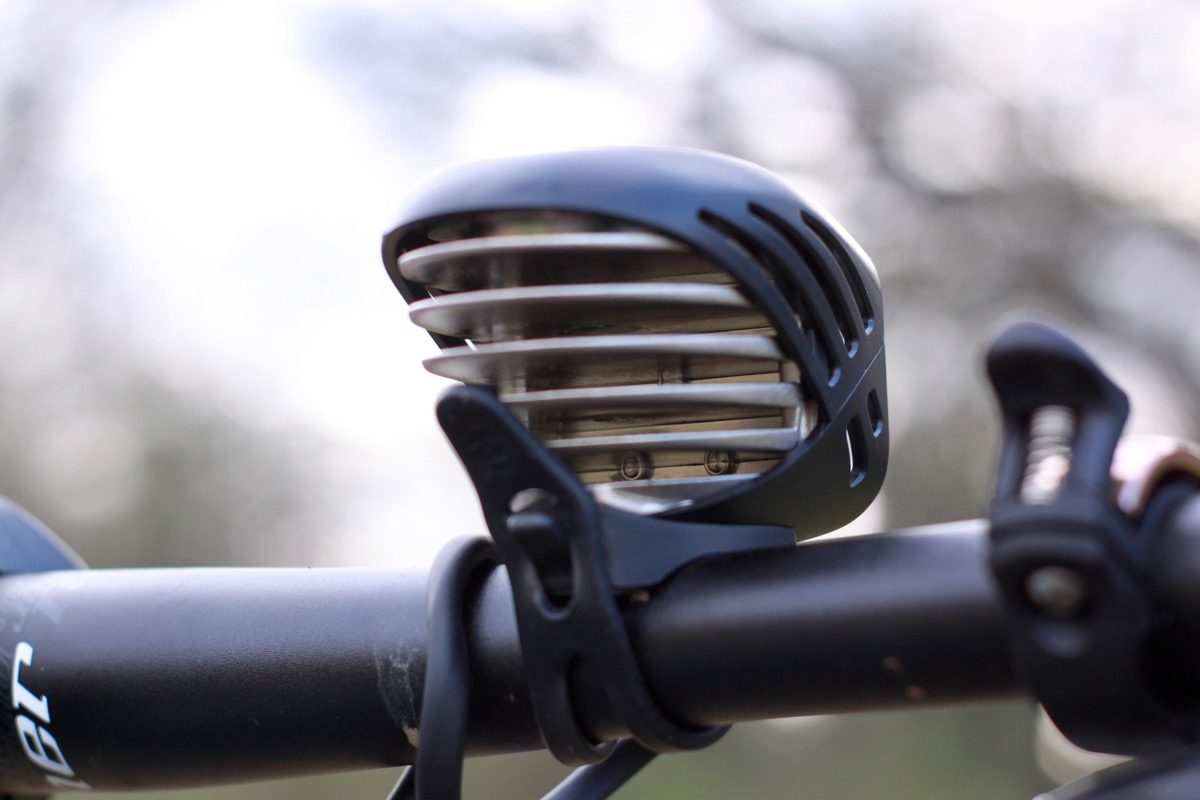 The MJ-908 has a super fancy LCD screen on the top of the lamp with a battery indicator that not only provides the percentage of power remaining, it also gives an approximate time-until-empty readout. I scoffed when the screen said the light had 4+ hours of runtime remaining, thinking the calibration must be off. But as I kept an eye on the light throughout the test, I found the timer counted down pretty consistently, and in the end, I clocked nearly 5 hours of runtime on high. Pretty incredible considering the stationary position, and 60% better than claimed.

The included battery pack isn’t all that heavy (350g) or cumbersome either. The package is fairly sleek and is easy to mount securely to a bike frame using the included velcro straps. Magicshine also sells batteries individually as replacements or backups for $65, which could be a good option for anyone who plans to spend long nights on the trail.

During my testing I did notice the battery seemed to drain quickly when not in use. That is, if I charged the lights and let them sit for a day or two, or if I had half a charge after my last ride and tried to use the lights again days later, the battery would have very little, if any juice left. To see exactly what was happening, I charged the battery fully in the office and let the light sit, turning on the light briefly each day to check the remaining battery life. After sitting for 24 hours, the battery lost 5% of its charge without any use. By day 3, it had lost 13% and by day 4, it was down 19%. This seems to indicate that the battery loses about 5% of its charge each day. Is this normal? Honestly I don’t know because I haven’t tested other lights this way, but at the very least it’s good to know so I can plan my charging accordingly.

It also seems the battery charger is very conservative when it comes to overcharging, leading to a situation where the battery is not being charged even though it’s plugged in. In recent years there have been instances of bike light battery packs catching fire while charging, and one theory is that these types of batteries are being overcharged. After noting the battery on the MJ-908 was charged at 80%, I plugged the battery in to top off and found that the charger wasn’t doing anything. This behavior could be what led me to find the battery nearly empty on a couple of occasions despite thinking I had just charged the battery. For best results, it seems it’s important to only charge the battery once it has been pretty thoroughly depleted.

Verdict: False. Battery life is even better than claimed, though it’s important to use the charger as intended.

Once again, I wasn’t able to lab-test the MJ-908 but fortunately the IPX4 water resistance test is pretty easy to replicate. Basically, IPX4 means an item is protected against splashing of water, and the test involves spraying water at an item for 10 or 20 minutes at a time. I’ve ridden with the Magicshine MJ-908 in a variety of conditions, including misty, dewy, and humid rides, and the light continues to function as intended.

Looking at the battery case and electrical connectors in particular, it’s clear that Magicshine has designed the MJ-908 to resist water intrusion. Unlike the fire-hazard, no-name light I tested in 2015, the MJ-908 batteries are sealed in a hard plastic case with a flexible rubber gasket at the cable to keep water out. The cord connections are solid as well, producing an audible suction sound whenever they are connected or disconnected. During my tests I found it easy to align and connect the cables, even with gloves on.

On their website, Magicshine claims the MJ-908 produces “a fairly narrow beam pattern at 20 degrees.” I personally don’t think a narrow beam pattern is anything to boast about when it comes to mountain bike lights, but at least Magicshine is being honest! I attempted to measure this myself, and I found the angle to be closer to 29°, though I’m really not 100% sure how this should be measured. 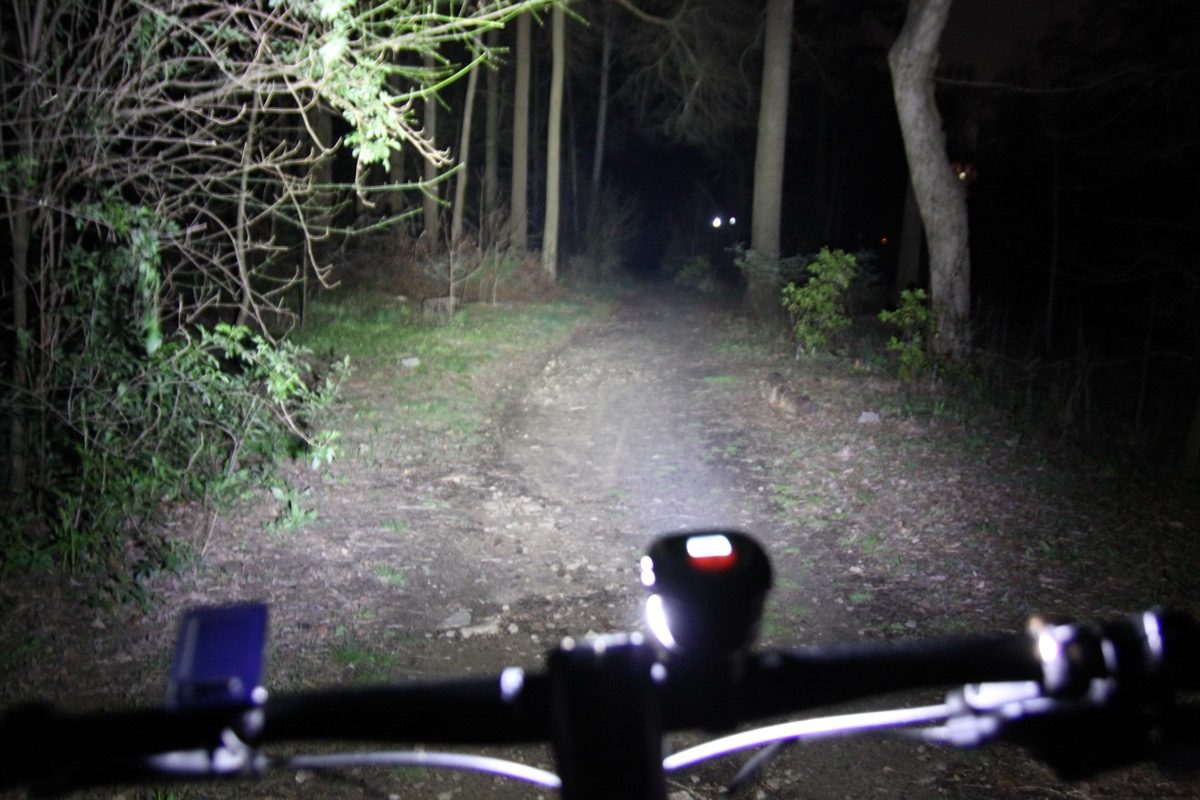 Curiously, Magicshine doesn’t include a helmet mount in the MJ-908 bike light combo kit, despite the fact that this “narrow beam pattern” light seems well suited for such use. All of the mounts included in the package work great, and utilize simple silicon bands to keep things in place. The upshot is if you already own a helmet mount, you can probably get the MJ-908 to work with your mount. 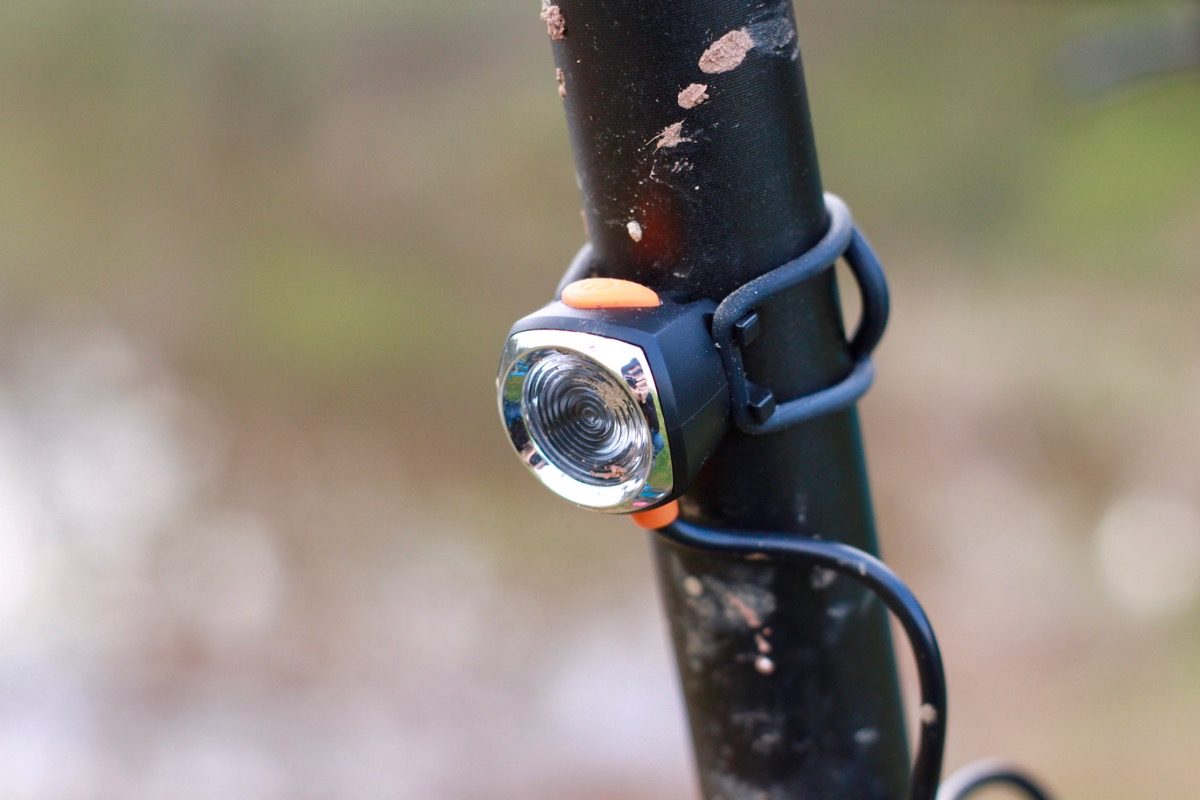 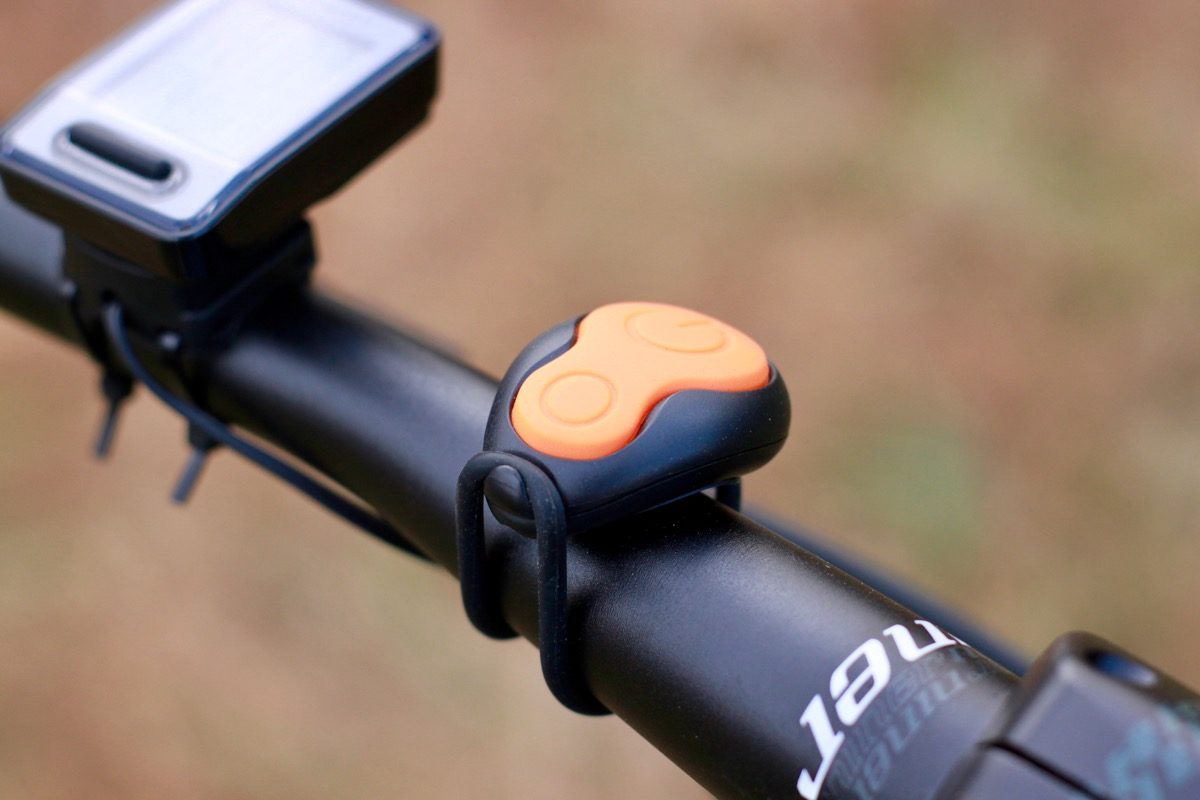 The MJ-908 is only available as a part of either the MJ-908 “bike light combo kit” or the “ultimate bike light combo.” I’ve been testing the former, which includes a rear, red blinky light PLUS a remote control to adjust both the headlight and the blinky. At first I thought the remote was pretty gimmicky but it’s actually really useful, particularly for adjusting the rear blinky mid-ride. And if I were to mount the headlight on my helmet, I’m sure the remote would get even more use.

The blinky light is wired to the same battery as the headlight which is convenient since I’m always forgetting to replace the AA batteries in my other blinky lights. However, the cable routing is a little cumbersome and did get a few laughs from my riding buddies because it looks so dang complicated. 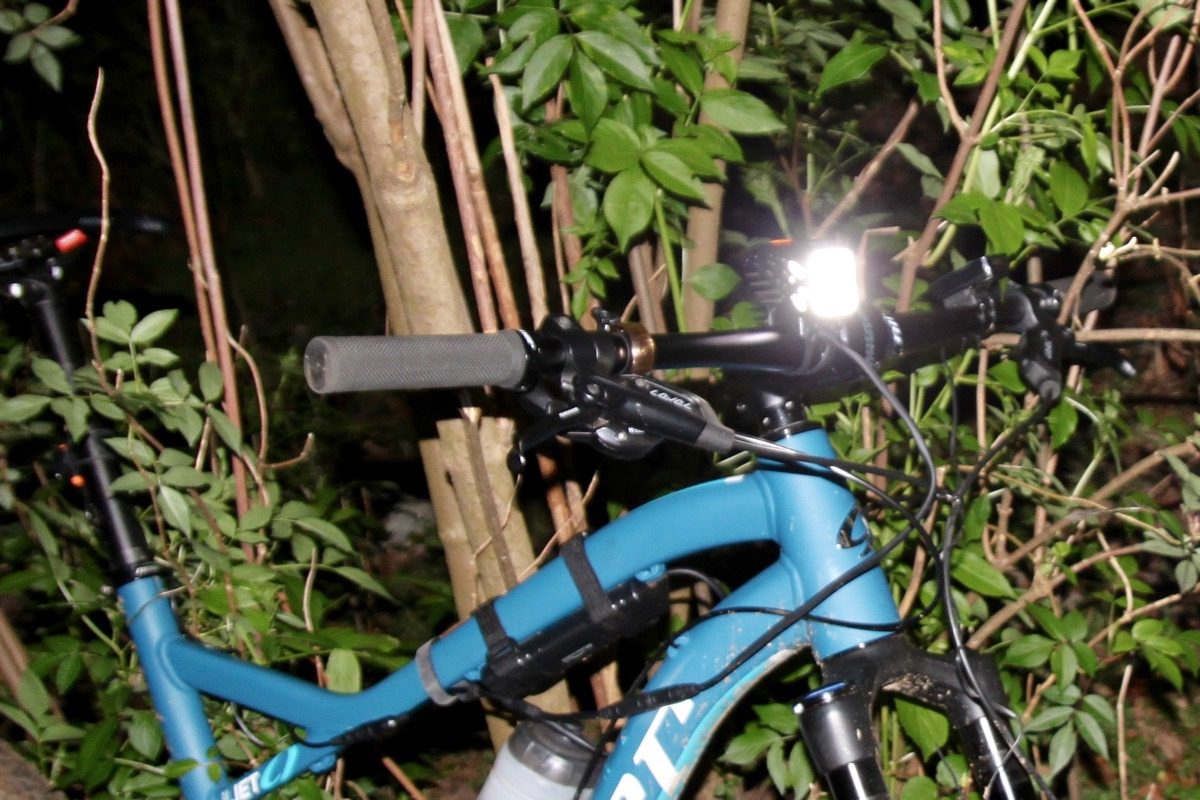 At $239.99 MSRP for the whole kit, including the battery, headlight, blinky, and remote, the Magicshine MJ-908 is offered at a mid-market price between the no-name, direct-from-China lights and more expensive performance lights from big name manufacturers. While the MJ-908 may not fully live up to its claim of pumping out 8,000 lumens, it’s very, very bright, gets great battery life, and is well-suited to being used in combination with a wide-beam handlebar light. Just don’t forget to pick up a helmet mount separately!

Thanks to Magicshine for providing this light for review.