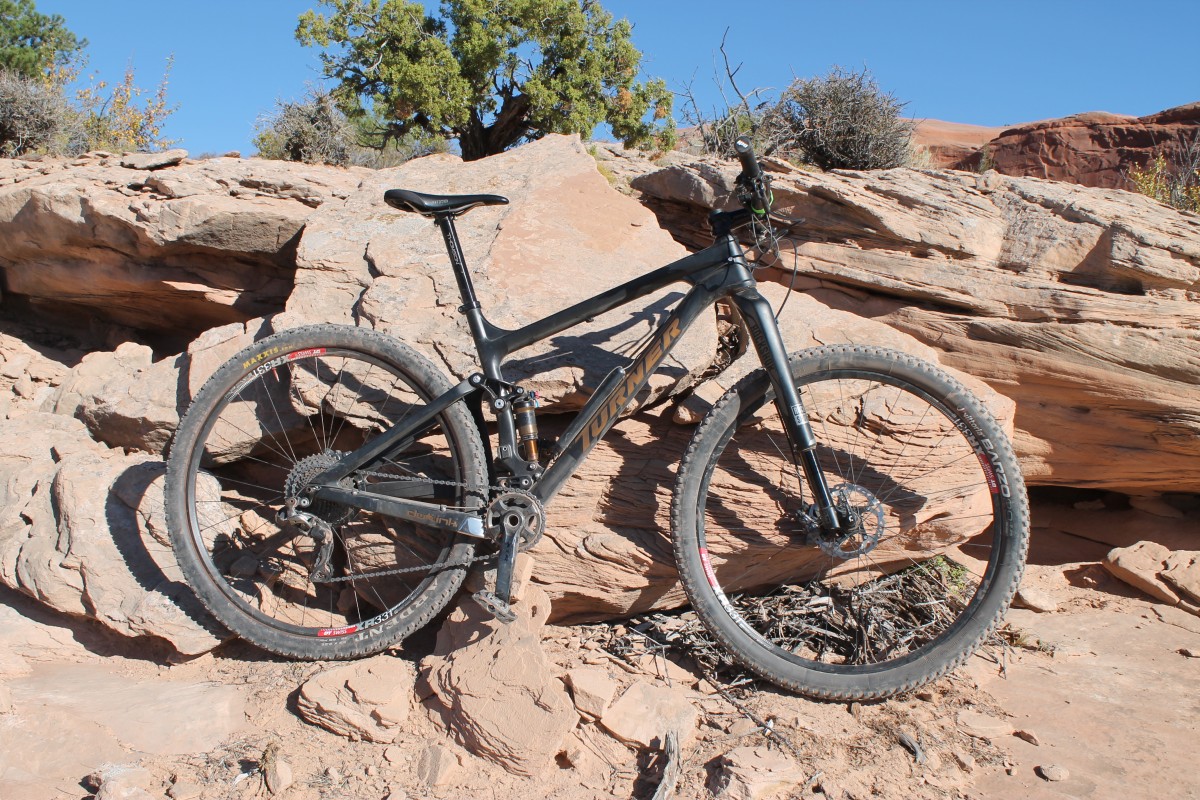 Having enjoyed my time on the Turner RFX so much, I decided to wrap up my Outerbike experience with another Turner, this time migrating from the all mountain side to the opposite end of the spectrum in Turner’s line of high quality suspension bikes, with the dedicated XC racing Czar.  Like most dedicated full suspension racers, the Czar rides on 29″ wheels and sports a modest amount of travel (100mm) mated to a carbon frame.

My test bike was a special build with the Rock Shox RS-1 ultrafork up front, and Shimano’s highfalutin XTR Di2 electronic shifting package on the handlebars.  Complete bikes with standard build kits from Turner run from $4,122 for a GX-equipped bike to $8,297 for a complete XTR bike with a carbon Enve wheel upgrade.  It’s not hard to get a complete Czar under the 23lb mark, which in general is tough for a fully. 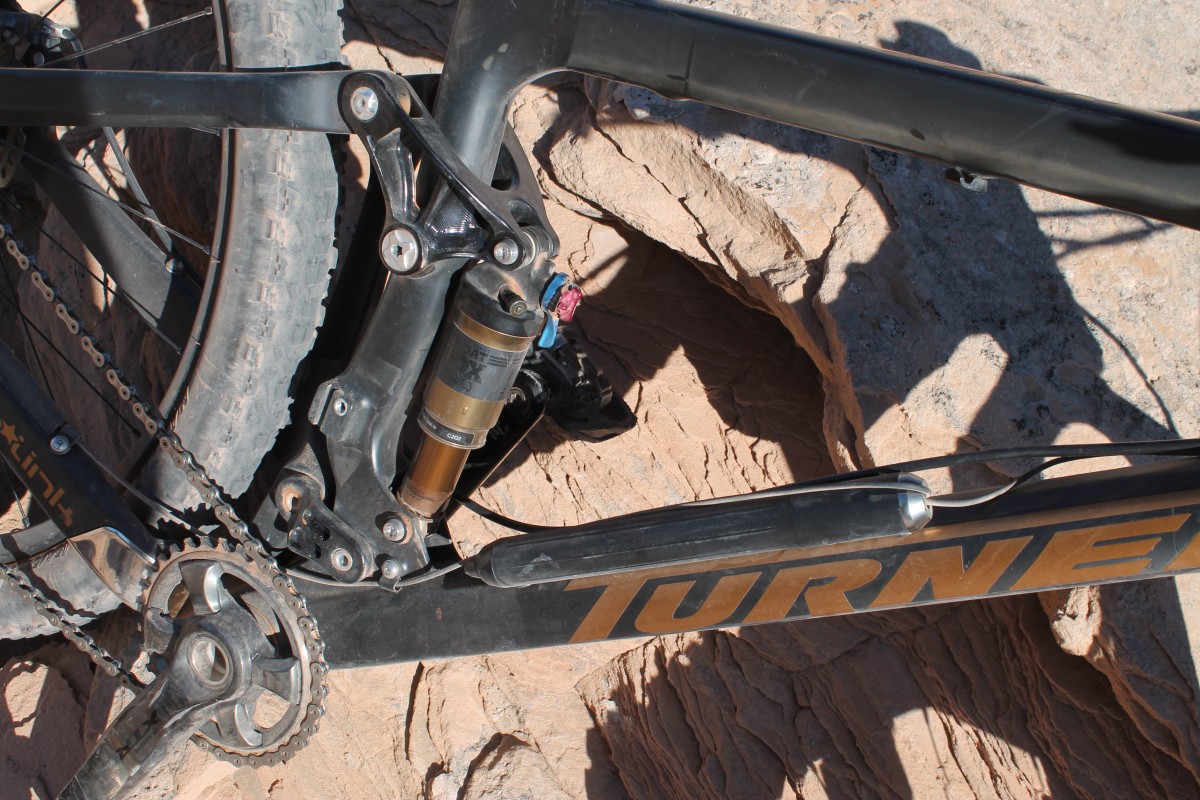 I wondered why Turner would choose the name “Czar,” for their bike as the name carries multiple connotations, both royal and reviled.  The ride on Outerbike’s third day at the new Navajo Rocks trail system would answer that question quite well.  Navajo Rocks was reputed to be rather tame by Moab standards and promised to be the perfect test bed for a dedicated XC bike.  However, it became apparent that Navajo Rocks had a few not-so-tame tricks up its sleeve, which allowed me to push the Czar beyond its designed performance envelope into some serious trail riding. 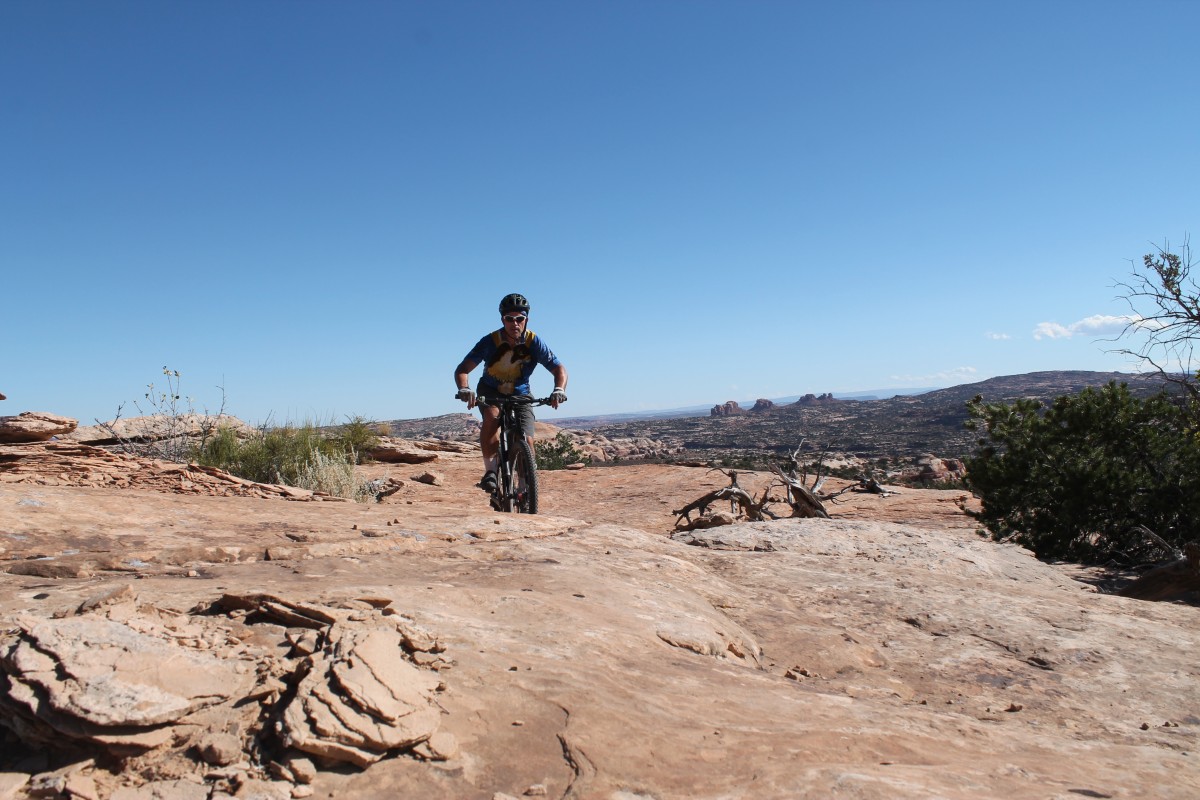 The first mile from the dropoff point down the Rablin’ trail was indeed fast, mostly smooth, with a few minor step ups and rollers, slightly more down than up overall, and allowed me to sway the bike back and forth and really get in tune with its handling characteristics.  To say this bike handles in a very precise manner would be an understatement.  The Czar is not only capable of laser-like precision, it demands the same of its rider.  This is not a bike to take out on a leisurely jaunt; it was made to be ridden fast and with great care.  The Czar will not brook either sloppy technique or poor line choice.  As long as the rider remains alert, aggressive, and committed, the Czar delivers its pilot right to the front of the pack without hesitation.  I would periodically stop to take pictures while my fellow riders passed on by, putting their own steeds through their paces.  Very quickly after replacing the camera in the Camelbak, it seemed I was asking for a pass each time, as I played leapfrog with dozens of riders in this fashion for a full nine miles. 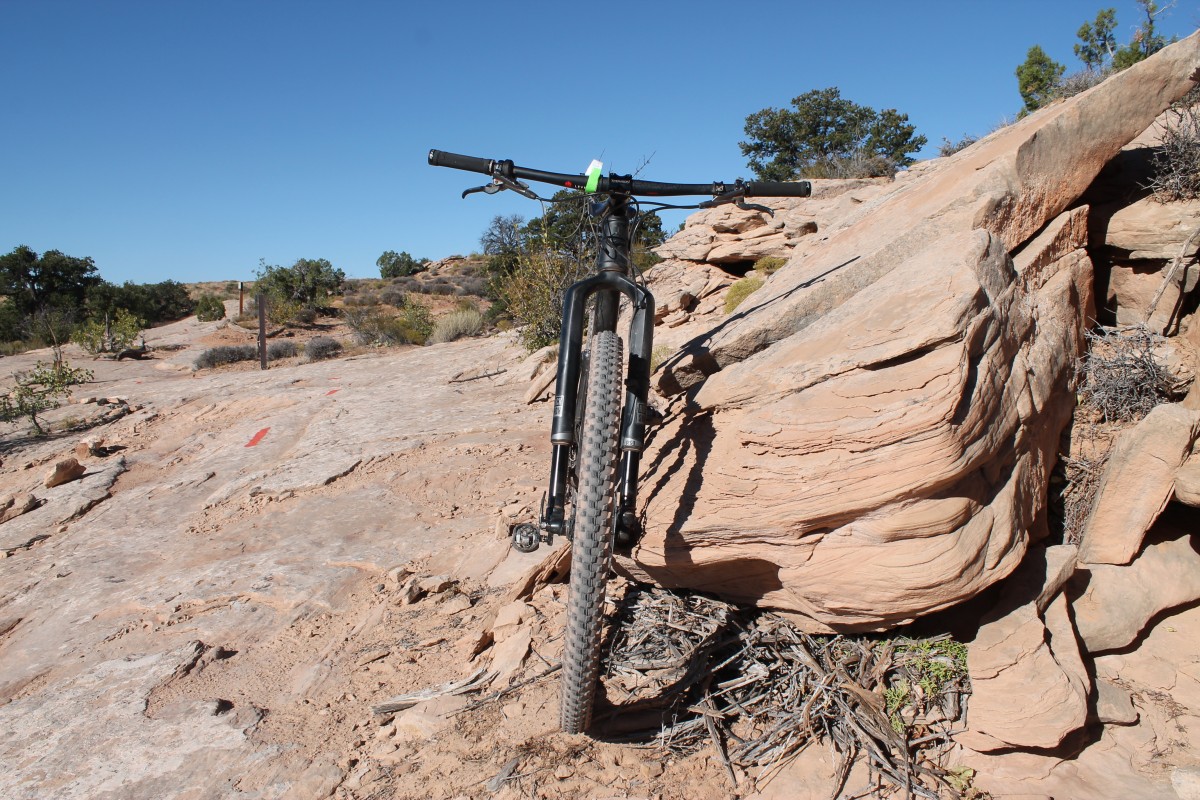 As expected, this rocket-like launch was most evident on the climbs, where the Czar became a most encouraging companion.  A couple spots on Ramblin’ and much of the return on the Rocky Tops trail were punctuated with climbs of different grades and lengths, many of which had much of the crew dismounting and walking some sections, either out of discouragement, or a failed attempt.  Often, when seeing such a climb, I also think to myself, “Oh, no, I really don’t want to have to do this!”  Such a thought never once popped into my head while on the Czar.  One such slickrock climb rivaled the infamous big one on Moab’s original Slickrock Trail. As I turned the corner at its base and saw it for the first time, I simply leaned forward, applied power to the pedals, and cranked my way to the top without fuss or fatigue, passing by groups of riders panting at the top, having either walked up or ridden up, but at the expense of all their energy. 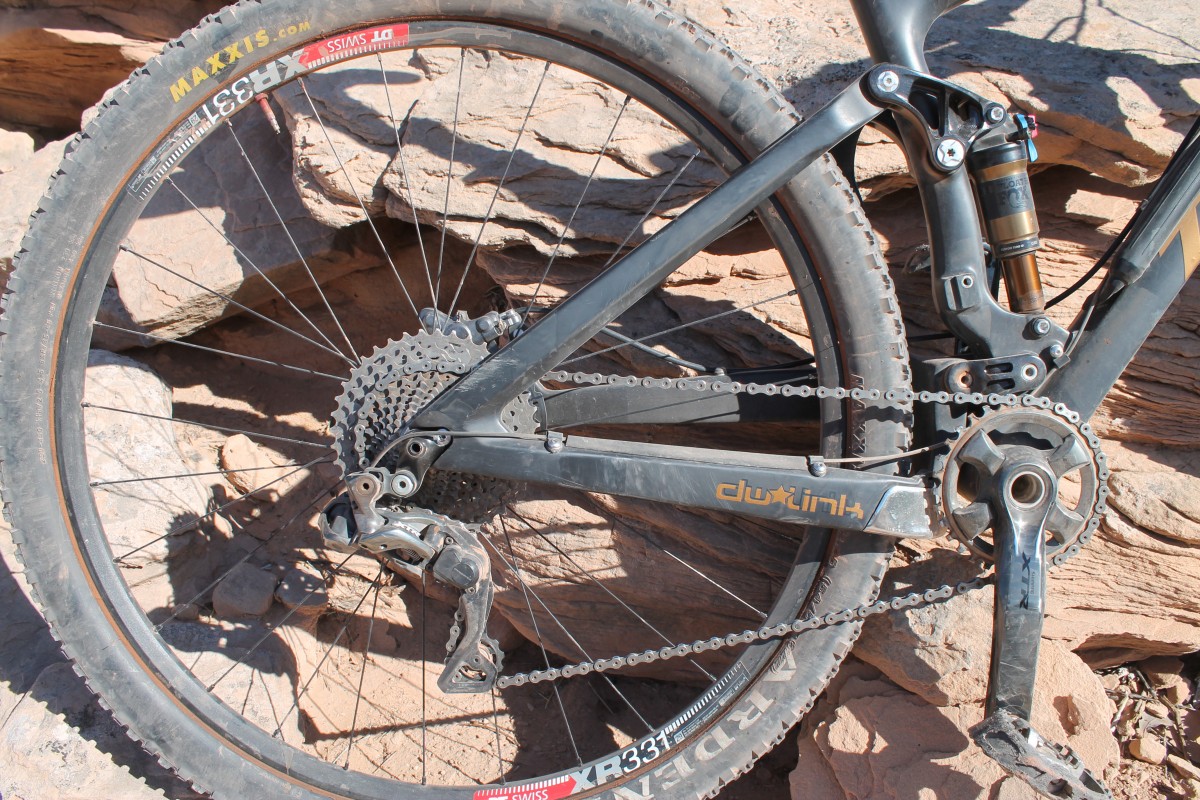 The Czar’s magnificent climbing ability wasn’t limited to slickrock areas with perfect traction.  Many of the climbs on the route were soft and sandy, or loose and filled with awkward rocks, and a couple of those came at seemingly impossible grades.  None of this fazed the Czar, even with its relatively skinny and less substantial Maxxis Ardent tires.  No matter what climb I faced, I never considered dismounting, and I cleaned every last one, including a few I know I wouldn’t have made with my usual bike. 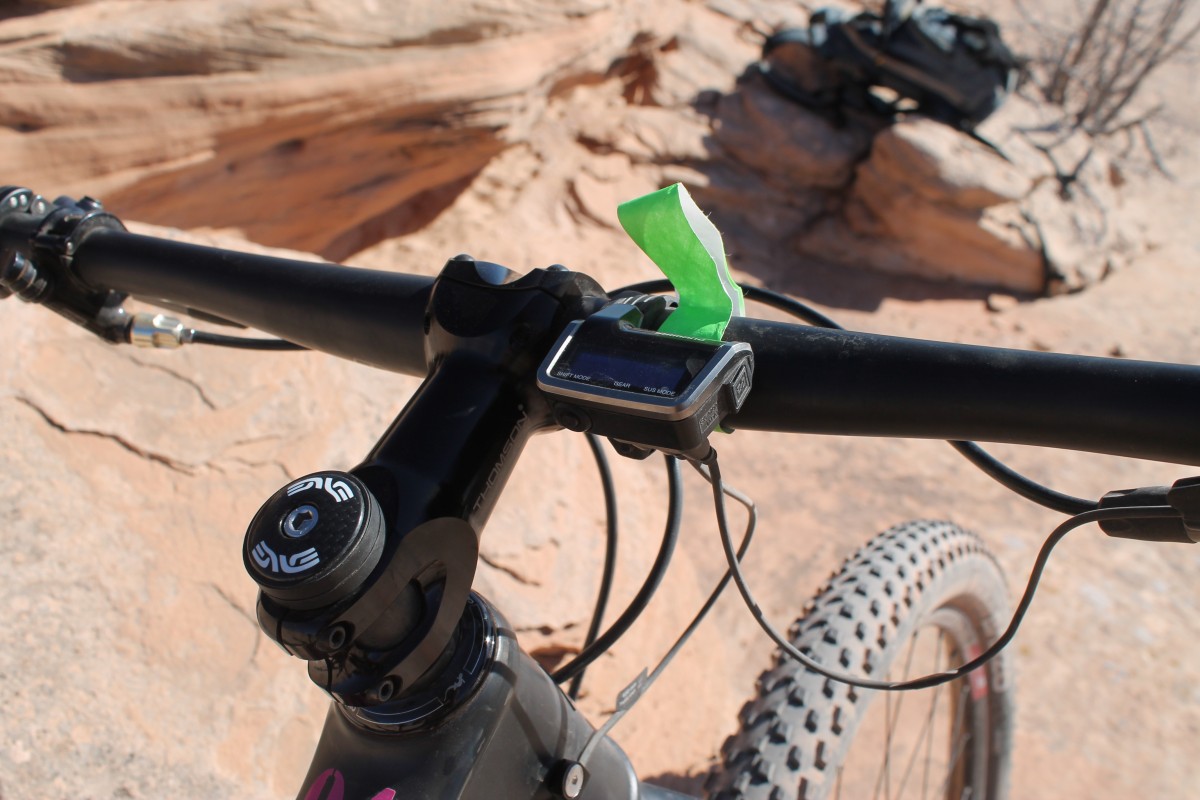 In the end, the Czar lived up to its name. It is not doubt among the royalty of full suspension XC racers. It is also, like the infamous Czar who was ultimately overthrown by the proletariat, somewhat harsh and unforgiving. The difference, though, is that while unlike the Czar of old who was committed to keeping the people down, the new Turner Czar will not only allow the people to rise, but actually encourages and expects them to do so, right onto the throne of cross country racing: the podium.