The Ibis Mojo HD3, the long awaited third generation of the popular Mojo, made its debut last November and was on hand for demo at Outerbike. Ibis set up their demo area near the entrance of the event, and these particular bikes were very hard to come by throughout the weekend, demanding attention with beautiful aesthetics, top of the line specs, and a reputation to haul the mail on the trail.

Speaking to the mechanics, Ibis went the extra mile to redesign an already-capable Mojo from the ground up to maximize every benefit from the 27.5in platform and tried-and-true DW-link suspension. Contemporaneous with modern trail bikes, this long, low, slack Mojo was engineered to elevate weekend warriors up the Strava food chain, and put pros on the podium with six inches of silky-smooth travel.

The stiff carbon frame was made even lighter than its predecessor, with deft internal cable routing for a clean, low-maintenance rig. This was made possible by the clevis design, lighter linkages, and new bearings that also buttress lateral stiffness.

The Deets (from Ibis Cycles)

The HD3 was well thought out with options to run internal cables and save a few grams, as well as internal dropper post routing with both hydraulic and internal wire lines. An optional bolt-on polycarbonate guard protects the frame. There are also options for multiple drivetrain configurations (an option that is slowly becoming extinct), to run 1x, 2x, 3x, or a combination of aftermarket modifications. The frame is also chain guide-compatible and has a 68mm threaded bottom bracket. Ibis says that the frame will fit up to a 2.4 inch tire for the hardcore Endurophiles (you know who you are).

This frame is also designed to comfortably fit Ibis’s proprietary 41mm rims (pictured here). For more info on these uber-wide rims, be sure to read Greg’s review here. 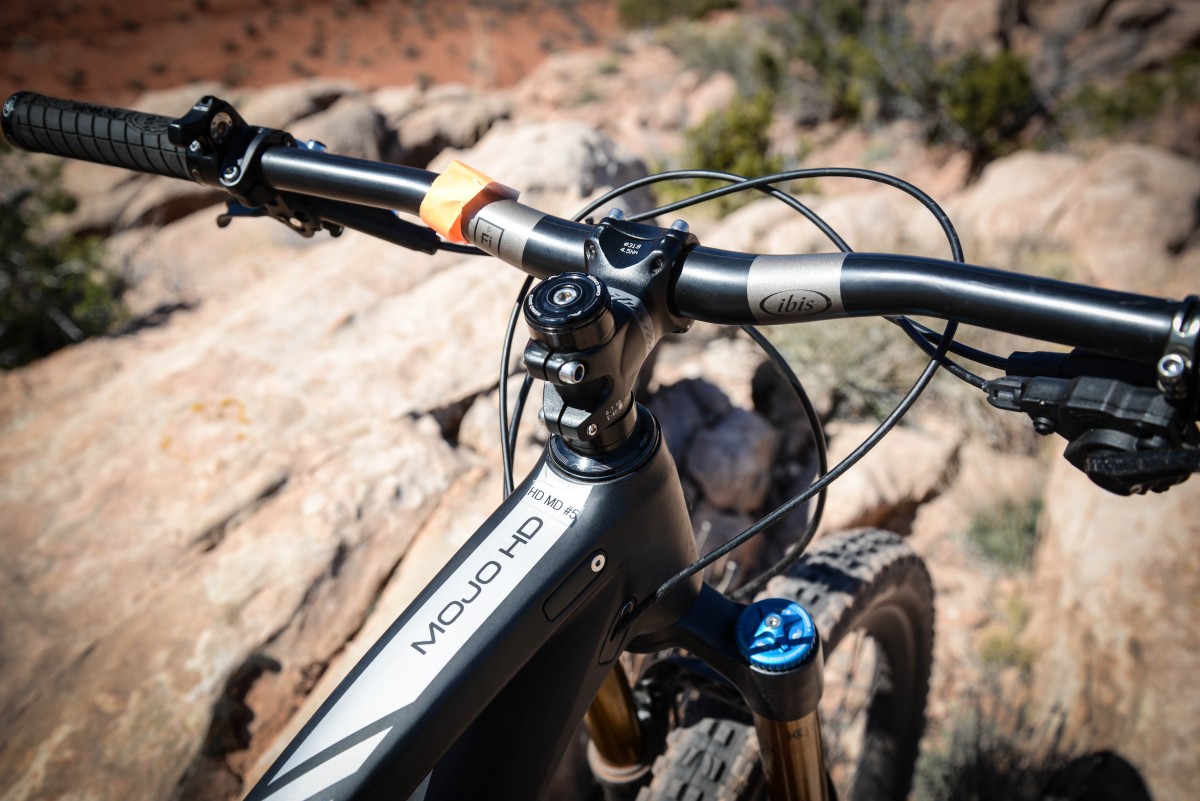 Ibis boasts about the new Mojo HD3 on the their website, but a bike is only as good as how it handles on the trail. The size-medium demo bike that I tested had some choice components on it such as a Fox 36 fork, Cane Creek DB Air, RaceFace Turbine cinch cranks, KS LEV dropper post, Maxxis Minion DHFs, and and XTR derailleur. Hard to go wrong with that build if your goal is to give gravity the middle finger on your way to the Enduro trophy case. 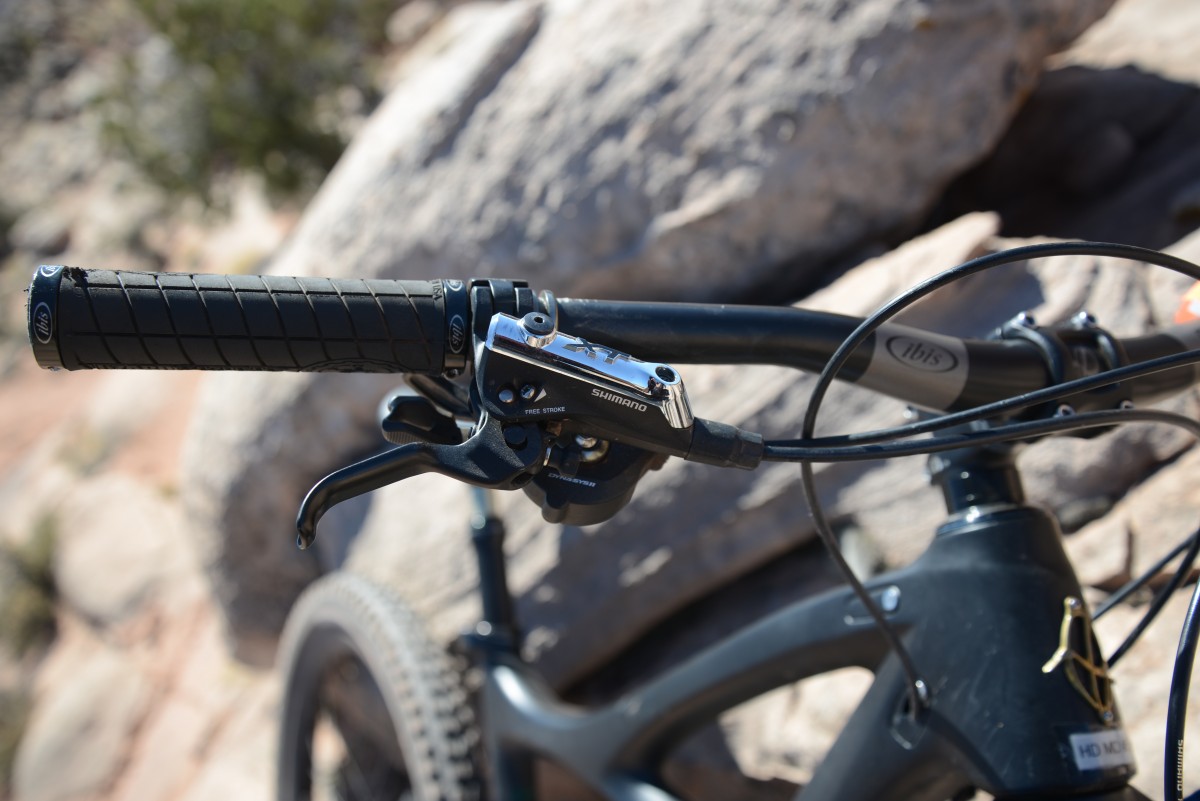 My friends literally make fun of me because I am so picky about bikes and components (but you should be if you are dropping $5000-$10,000 on a bike, right?!), but I was instantly impressed with the Mojo HD3. More than anything, I could not believe how plush this bike felt from the first few strokes on a rocky trail. The small bump compliance was phenomenal, better than any other bike I’ve ever ridden, gently soaking up trail chatter and bigger rocks on the trail. I’m sure the Fox 36 and DB Air has a lot to do with that, but the DW link and new linkages on this bike are a noticeable improvement over previous Mojos, and other competitor’s bikes for that matter. Steering was decisive, and it was a capable climber for the amount of travel the HD3 has. For once, I literally have nothing critical to say about this bike in the limited hour or so I took it on the trail.

One of our testers, however, who normally rides an XL frame, said the Large frame he rode felt less playful than expected, and he wasn’t as impressed as I was. He rode the bike on part of Mag 7 in Moab, for much longer than I did, over burlier terrain, with drops and a monster road climb out of a valley. He noted that he did not have anything negative to say about the HD3, but did not feel the suspension was as incredible as I thought it was. Take home: ride the correct frame size, set up the suspension correctly, and ride one for yourself. 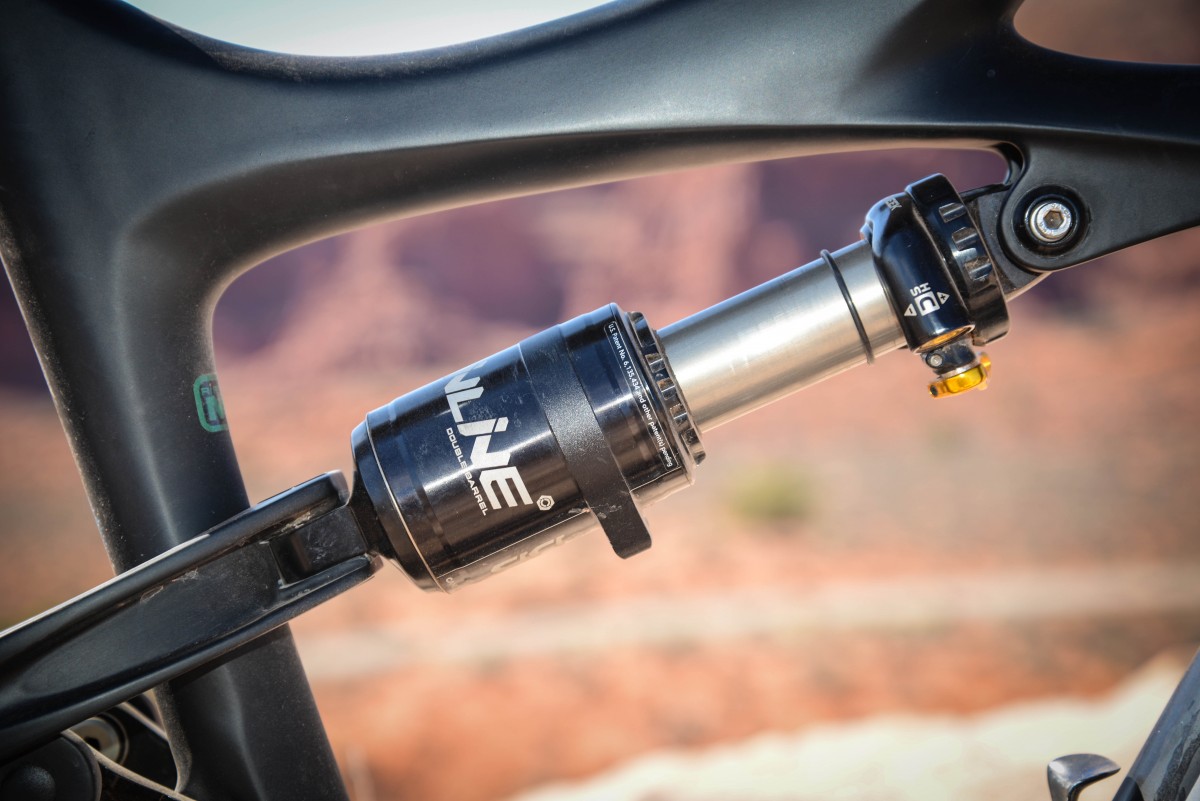 I personally regret that I did not have more time on this bike. For riders that are looking for a versatile all-mountain bike with a well-thought-out frame and suspension, the Ibis HD3 is one I’d recommend on a short list in a large field of bikes in this category. Having spent time on tons of bikes in the past few years, it is one of my favorites. 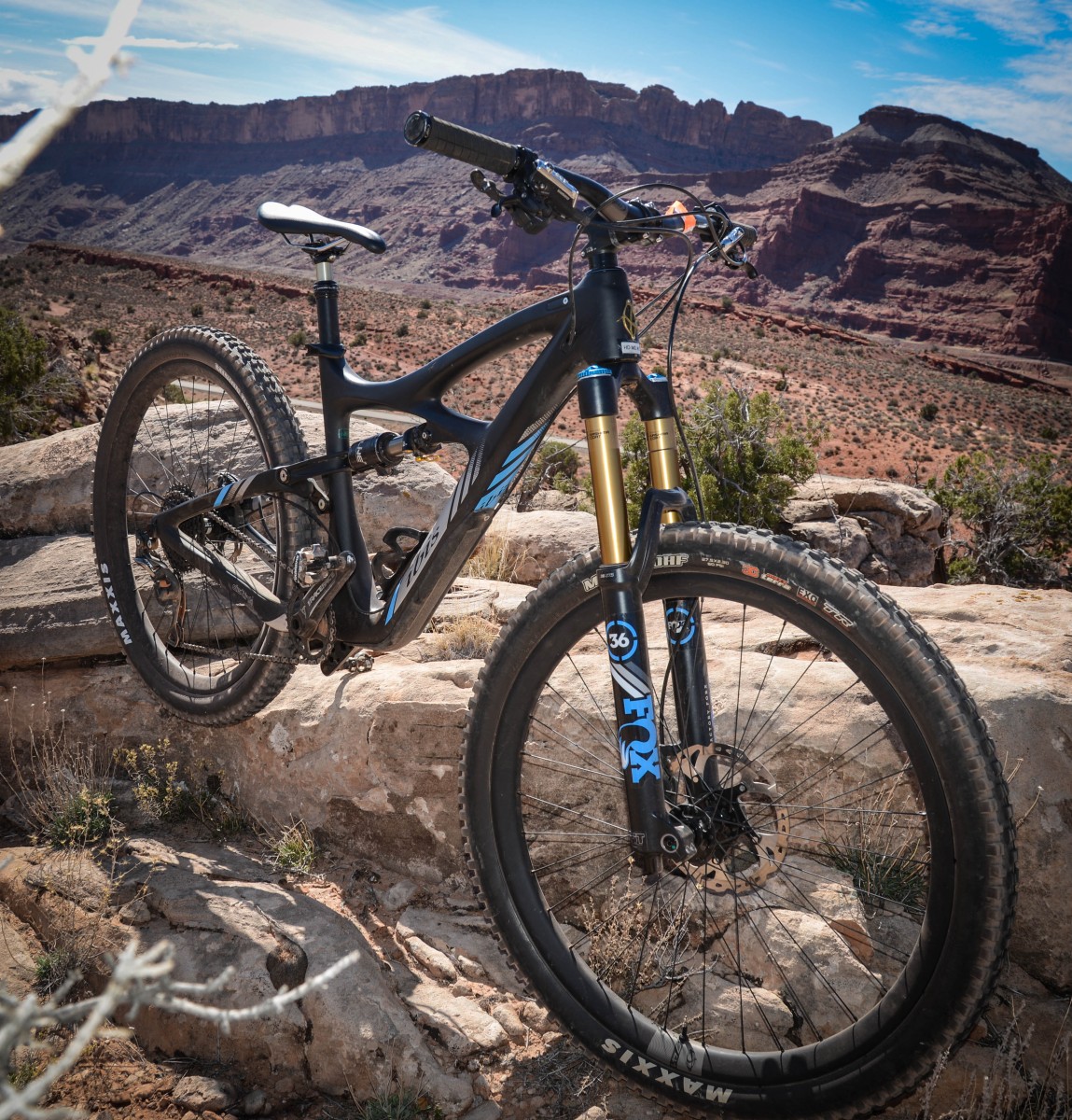 Gear
The Continental Kryptotal Re is More Than a Trail Tire...
Trails
Tennessee's Smoky Mountains are Full of Good Trails and Good...
Gear
Mountain Bike Tire Deals That are Poppin' Off
Trails
The 12 Best Mountain Bike Destinations in the USA [2022]
Subscribe
Login
Please login to comment
7 Comments
Most Voted
Newest Oldest
Inline Feedbacks
View all comments

SO MUCH WANT RIGHT NOW! This is dream bike material. Also, looks like your bike was spec’ed with the massive Ibis 41mm rims. LOVE those things!

It was running the wide rims, which I should have mentioned. I was eager to try them, and oddly enough, forgot they were even on the bike. With such a limited demo run, I did not notice much of a difference, but reviews I’ve read say they are very noticable on fast and loose runs. I’d love to try them out for a longer test…the concept is cool but I am still skeptical that they won’t negatively impact the performance for certain tires.

Oh the wide rims will most definitely negatively impact the performance of certain tires. You really need to choose your tires carefully with these rims, although maybe they’ll be able to run the + size tires coming out… that’d be interesting to test.

The Maxxis Minion DHF and DHR are proven to work well with those rims, which is why they were spec’ed 🙂

I’ve had the Pivot Mach 6 since November 2013 and for a while, I would ride my Mach 6 on trails where I thought the 6″ of travel would be beneficial and then I rode my Tallboy when there would be alot of climbing. Well, riding the Mach 6 has just gotten better with time, the Tallboy just sat around so I recently sold it.

I fully intended to buy an HD3 as a second bike (yes, I know they are essentially the same bike) but once again, I’m just so happy with the performance of the Mach 6 in EVERY aspect that I’ve decided to hold off for now. Nothing against the HD3 of course as I’ve steered my closest riding buddy to that bike but there’s nothing that I can honestly say I wish my Mach 6 did better.

Haha, tough choice…but wilsonm knows that I just bought a new Mach 6 after trying a ton of bikes and I love it. The HD3 seems just as capable, though I demo’d the Mach 6 for several days. I think it comes down to what you want to ride, and what feels good to you. I loved the Yeti SB5c, but had personal reasons for not buying though I am a huge Yeti fan. The SB6c, on paper, seems comparable to the Mach 6, but the Yeti SB6c did not feel right to me: too big, and too hard to pedal uphill…which I do a LOT of where I live. I’d love the Yeti more if I was more into shuttling. Though the 5c was clearly a better climber, I felt I needed more than 127mm of travel (my former bike), and the Mach 6 seemed to do very well both up and downhill. In fact, I broke all of my PRs on the Mach 6 on the climbs and the descents (and continue to do so). The Pivot Mach 6 is an AMAZING bike, but it comes down to how a bike feels when you demo it and how you want to ride it. The Bronson is a perfect example: I wanted to love the Bronson, and all my friends that have one do, but after spending 4-5 days on it, it never felt right to me. Nothing against Santa Cruz–another fantastic company–but the Bronson and I were not meant to be. The Nomad, however, is another story…but I needed more of a climber. That is a long winded/worded answer, but hopefully this helps. Bottom line: go to a place like Outerbike and demo as many bikes as you can. Narrow the list, then go to your LBS and ride them on your home turf before you buy.

I would like to hear more about the experience with the larger frame. I am 6’3″ and was about to order the XL. It was between this and the Mach 6. After (brief) demos of both, I thought the HD3 felt more stable on technical ascents, which I was attributing to the slightly steeper head angle. If you can provide more info about the ‘less playful’ larger frames, that would be great.