Polygon has been around for decades; since 1989, to be exact. You’re not going to see these bikes at your local bike shop. Based out of Indonesia, Polygon has only expanded to the US market in the past couple of years. They have over two decades of experience building bikes, but a quick Google search wouldn’t prove that to you. 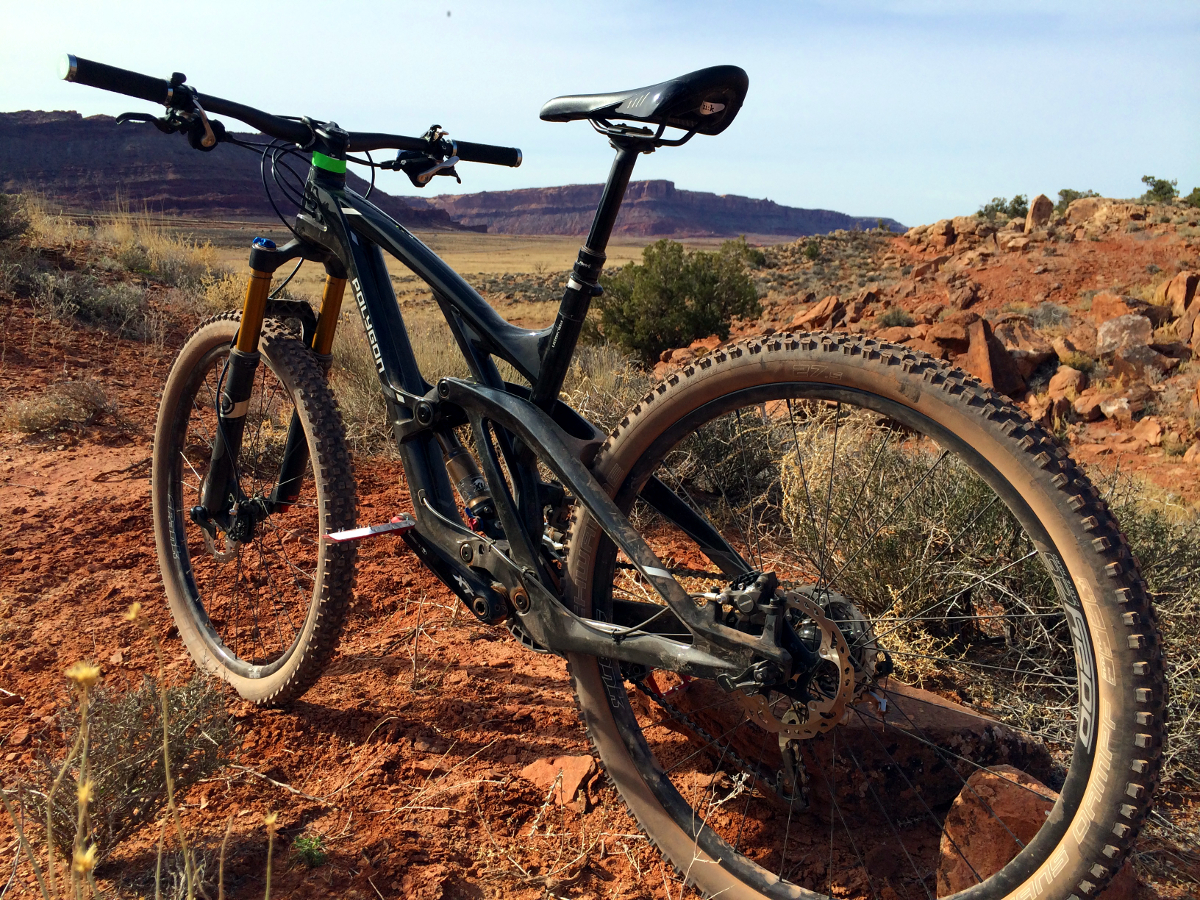 In the US, Polygon operates as a direct-to-consumer bike company, meaning only a few clicks and keystrokes will result in a bike at your front door. Events like Outerbike give direct-to-consumer companies a unique opportunity to showcase their products. And boy, did the Collosus T8 shine at Outerbike. 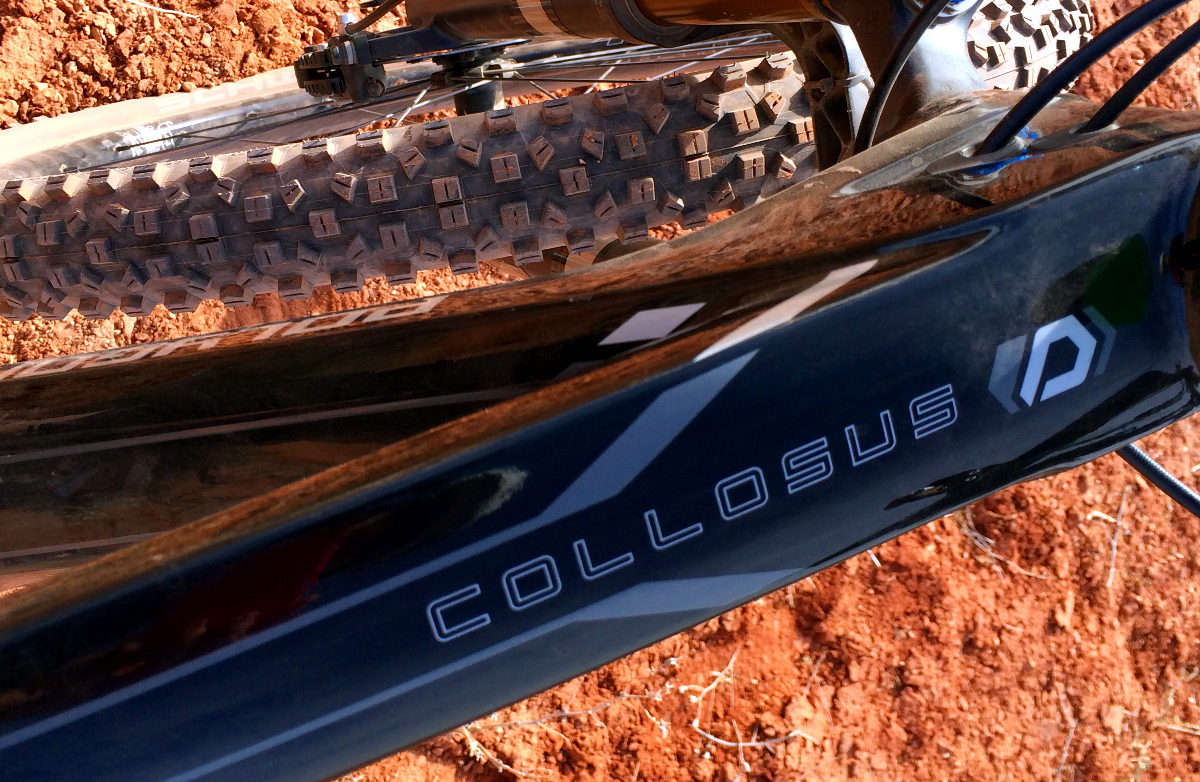 The Specs from Polygon

The Polygon Collosus T8 frame is made from state-of-the-art “space plastic,” as pitched by the Polygon sales rep at Outerbike. The carbon frame weighs in at 6.3lbs and 30.5lbs for the entire medium build. Looks are deceiving with this bike, as I would have placed it closer to 32-33lbs based on the complex, futuristic linkage design by Polygon.

Polygon designs their mountain bikes with a slight lean towards descending capability. The Collosus T8 has a 67.3-degree head tube angle, a short chainstay of 431mm, and 140mm of suspension travel. Polygon’s suspension is the FS3, which is a floating pivot design that isolates pedaling and braking from the suspension.

A bike designed for improved descending typically compromises efficient pedaling. With the FS3 suspension, Polygon didn’t have to sacrifice pedaling or climbing ability on the T8. It felt extremely responsive in the pedals, with little to no suspension movement during the entire pedal stroke. It pedaled as though it had much shorter suspension with a cross-country design. I absolutely dug the Spank cockpit, with the aluminum Spank handlebar about as comfortable as any carbon bars I’ve had. 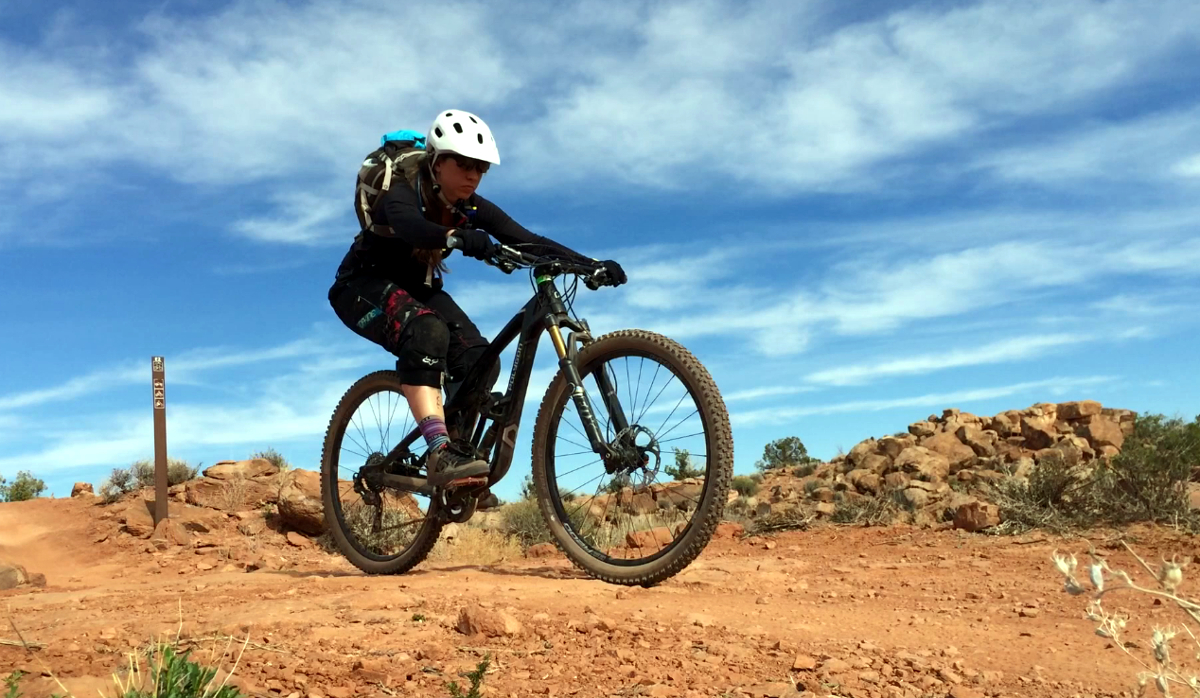 With the nose pointed downward, however, the T8 gobbled up technical sections and begged for more. This is definitely a fully-capable trail bike that would allow you to tackle technical terrain all day long and well into the night, if you so desired. My only regret is leaving this bike for the last demo and not having more time and fresher legs to put it through the ringer. I would be a kid at Christmas if I had the opportunity for a long term demo (hint hint Polygon!). 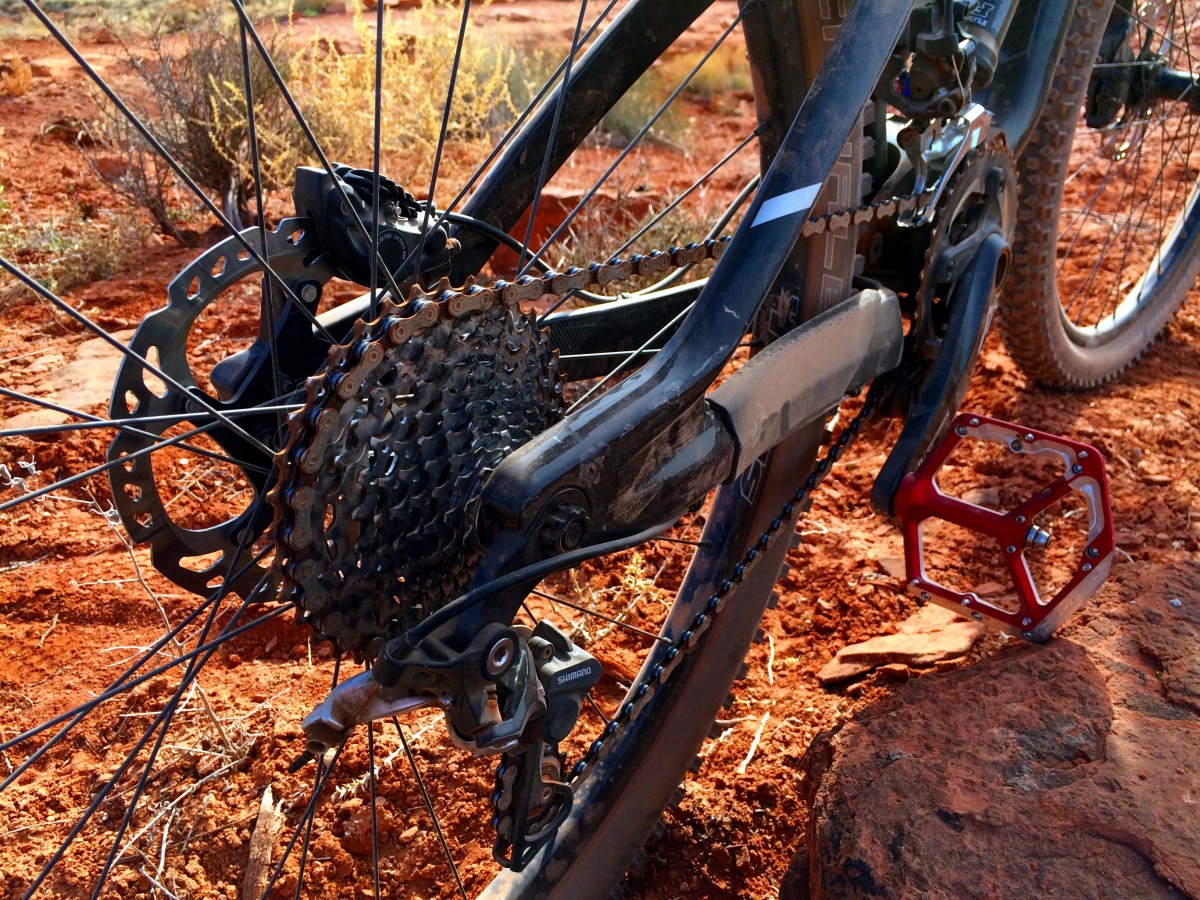 I only had two griefs with this bike. The first is the fact that the build comes with a Fox Talas 32. While I would be hard pressed to push a 32 to its limits, the all-out capability of this bike really demands a 34. The second knock I had on this bike was the low bottom bracket height. The Polygon rep recommends running the suspension a touch stiffer to help alleviate that issue. In addition, the T8 comes stock with a bash guard, helping to reduce the possibility of damage to your chainring.

The Polygon Collosus T8 was a bit of a surprise in it’s capability. It was an absolute joy to ride and I absolutely despised having to turn the demo back over at the end of the day. At a price point of $4,499, it is a smoking-good deal given the components. With their sponsorship of Hutchinson UR Team, I expect Polygon sightings to become more common out on the trail.