Until now the Reign and Glory were 26″ hold-outs in Giant’s line-up. For 2015, both of these gravity bikes get the 27.5 treatment. While no Glorys were available to test ride at Outerbike, Giant did bring along a size run of the new Reign Advanced 27.5. 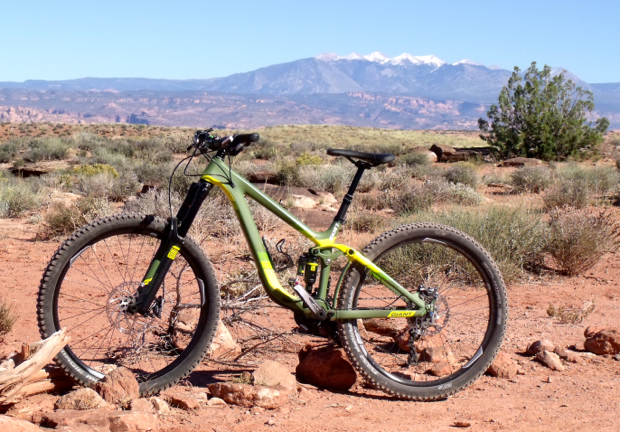 The Reign Advanced 1 features a carbon frame with a modest component spec that includes SLX drivetrain and brakes, Giant-branded cockpit (including dropper post) and Giant’s own P-AM2 alloy wheels. The rear shock is a Rockshox Monarch Plus Debonair RC3, and the fork is a travel-adjust 130-160mm Pike with a custom offset of 46mm. The net result is a respectable $4,750 pricepoint.

From the moment you start pedaling the Reign it is obvious that it is intended to be pointed downhill. It can climb, but it’s not pleasant. With the fork in the full 160mm position, climbing is a chore, but with front end travel reduced to 130mm climbing is at least tolerable. Interestingly, in either travel setting there isn’t much front wheel wandering, despite the slack head angle. 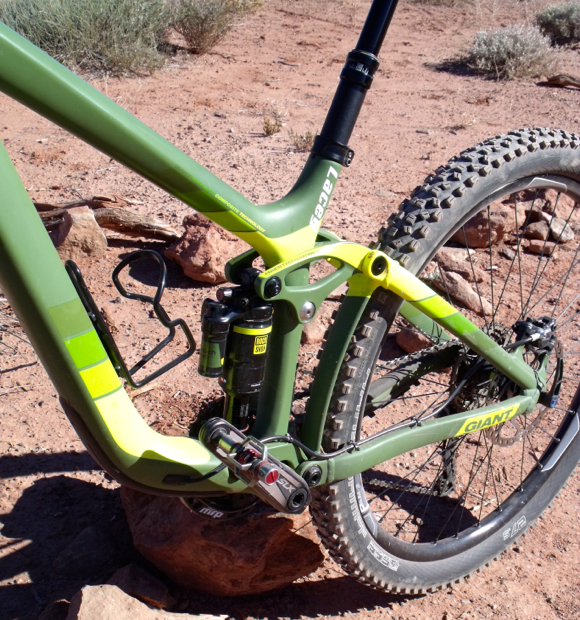 Once the Reign is pointed downhill, however, things get interesting. The 160mm Pike and time-tested Maestro rear suspension combine to absorb anything you have the chops to point it at. The custom 46mm fork offset optimizes steering, and the short chainstays help to keep the rider’s weight well back in relation to the center of the frame. The SLX brakes with 203mm front and 180mm rear rotors were more than adequate for stopping needs, and the comparable drivetrain worked as advertised.

In talking with the Giant rep, he said he feels like the Reign is basically a mini downhill bike, and if your gravity runs involve any climbing at all then the Trance SX may be a better choice. However, if you have season tickets to a lift accessed bike park, or a friend who likes to shuttle, then the Reign Advanced 27.5 could be just the ticket to get your gravity-induced grins.