The Blackjack is a brand spankin’ new design offered by Durango Bike Company, making its first debut at Outerbike this spring. With the build on this bike literally completed a day prior to Outerbike, I was able to demo the Blackjack on only it’s second ride ever–only the owner had turned the cranks in Moab the day prior.

Durango Bike Co.’s claim to fame has been custom-designed, U.S.A. hand-built aluminum frames based solely on 27.5″ wheels. However, new for this year they’re expanding their lineup to 29ers with the incorporation of SRAM’s fairly recent release of Boost 148 components.

The demo Blackjack was decked out with an X01 groupset,  130mm RockShock Pike fork (although it is also available with solely a 120mm fork), and 120mm of rear suspension travel as well. SRAM has yet to release their new group offerings for improved alignment with the Boost 148 rear hub and front chainring. Durango Bike Co. was just a bit too jazzed about their newest design, the Blackjack, to hold off on its release. After testing the bike, I can’t blame them.

Editor’s note: The new SRAM Boost was officially announced this morning, 03/18/15. Read up on all the new components and changes here.

It will conceivably take big bike companies some time to react to these changes due to geometry redesign, tooling for frame molds, shipping from China, etc. etc. Durango Bike Company is the first company we’ve heard of that’s selling a bike compatible with these new systems, and they’re able to be the first thanks to their handmade in the USA operation. But if you want one of these rigs, you’ll have to act fast once they become available, as handmade frames can only be produced so quickly. 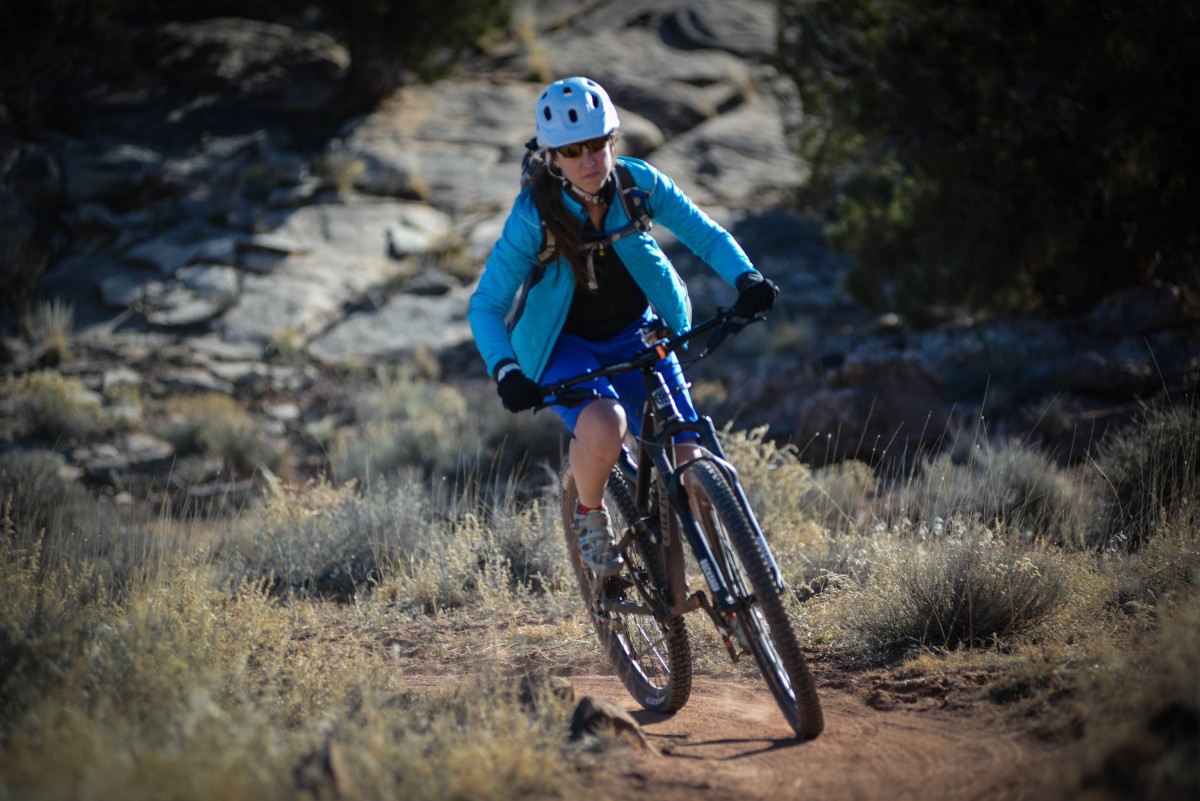 Durango Bike Co. claims a weight a 27.2lbs, without pedals, for the full X01 build with their handbuilt aluminum frame. This is accomplished by designing the rear suspension to attach to the downtube as opposed to the top tube. Suspension designs that attach to the top tube require it to be robust enough to handle suspension forces, in addition to an already robust downtube for structural rigidity. Durango Bike Company’s suspension design utilizes the structural rigidity already inherent in the down tube to compensate for the suspension forces, allowing for a more lightweight top tube design, thereby decreasing overall frame weight. In addition, the lower attachment point of the rear suspension results in a lower center of gravity with the intention of improving cornering and handling. 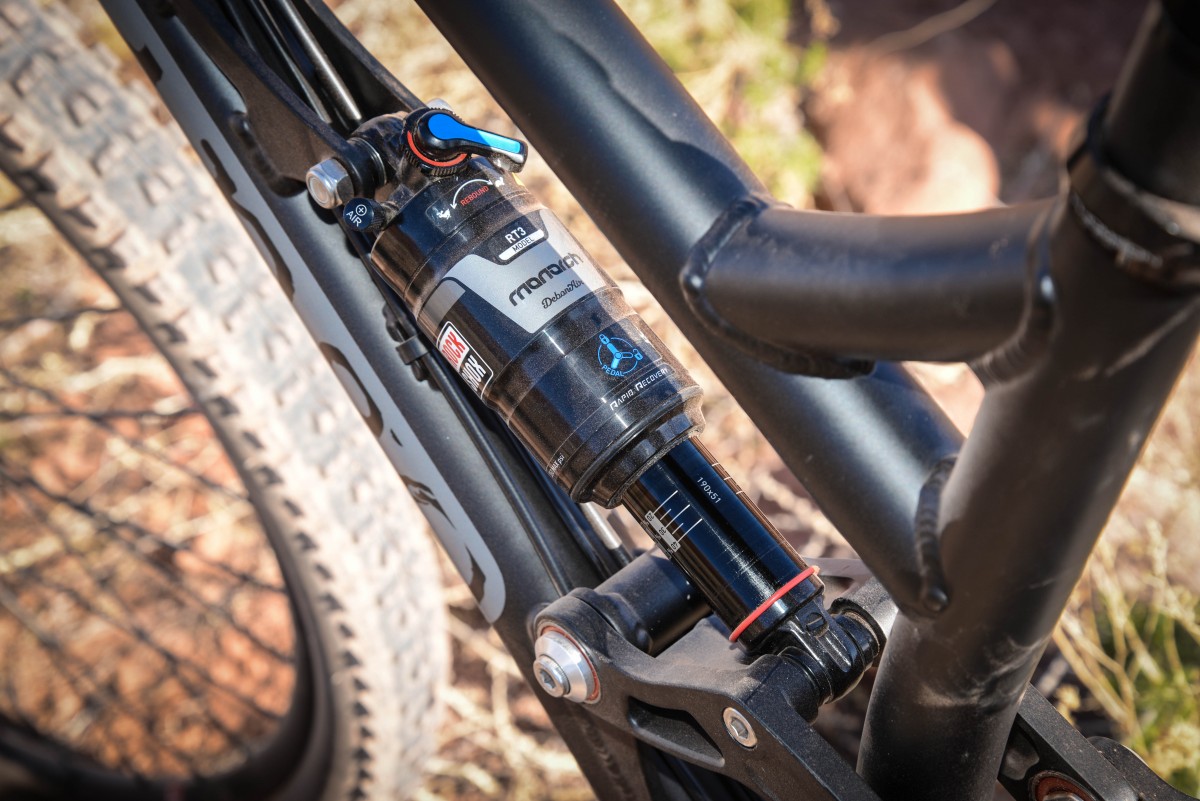 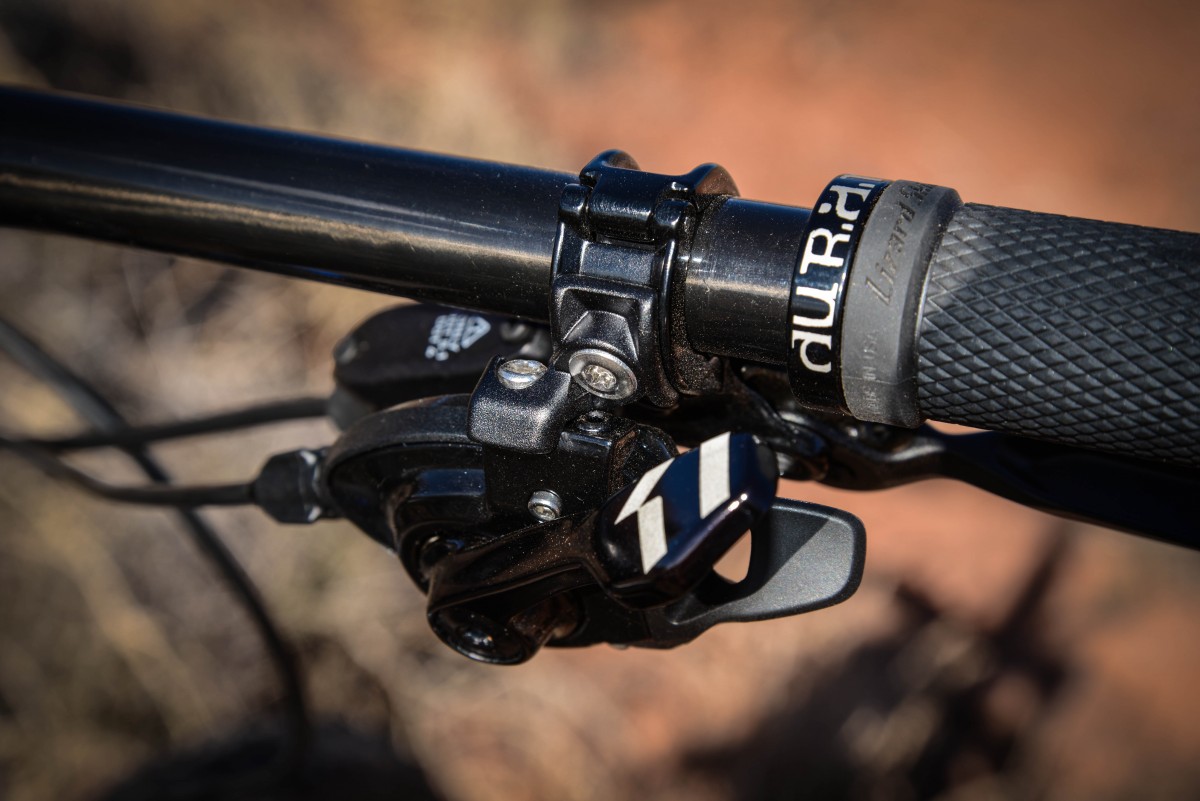 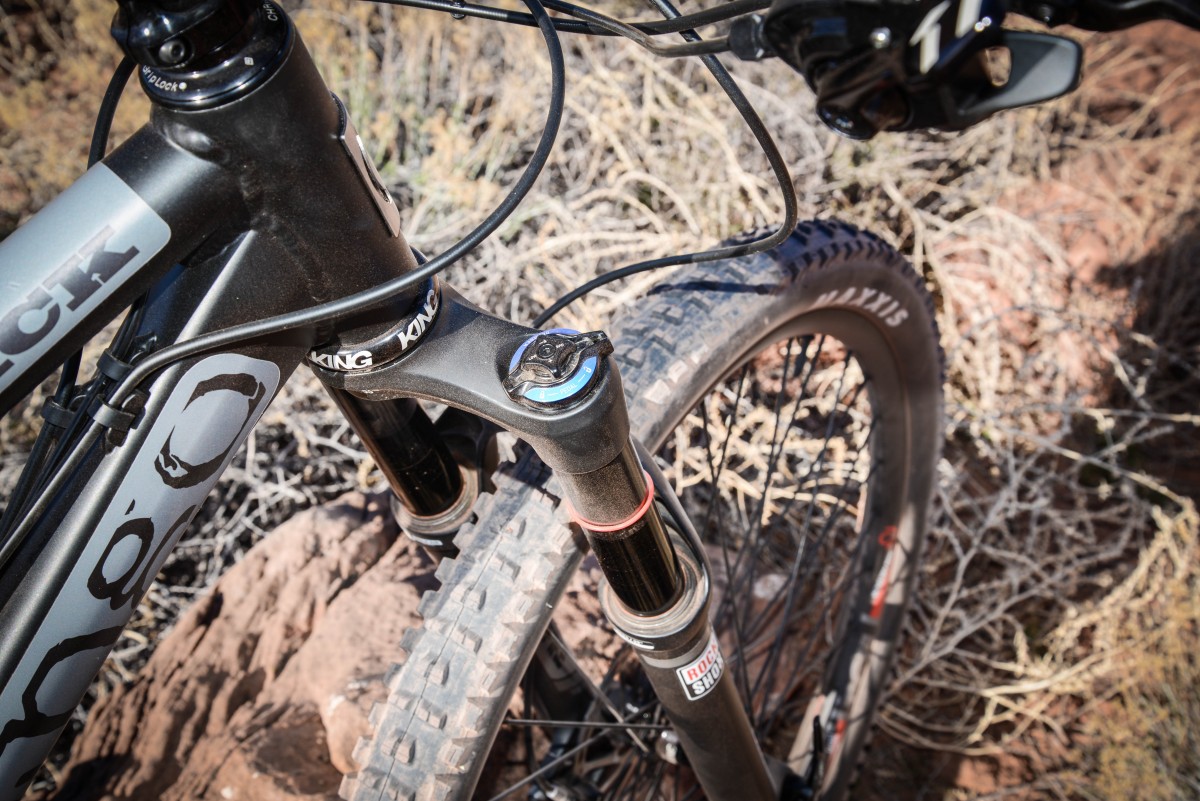 With 2.3″ tires, the Blackjack maintained the standard 29er feel of sitting in the bike. Pedaling was a different beast, however. The Blackjack sports 16.7″ chainstays and a 67.5-degree headtube angle. The shorter chainstays provided a much more nimble, playful ride, while the slacker headtube angle allowed for confident descending over technical terrain.

Durango Bike Co. took a many of their cues for the Blackjack from their long line of 27.5″ bikes. The 29″ wheels still resulted in a slightly heavier feeling while pedaling, which is intrinsic of 29ers, but not as heavy-feeling as other 29ers I ride on a daily basis. On several occasions, the Blackjack surprised me with how light, responsive, and playful it felt on the trail. 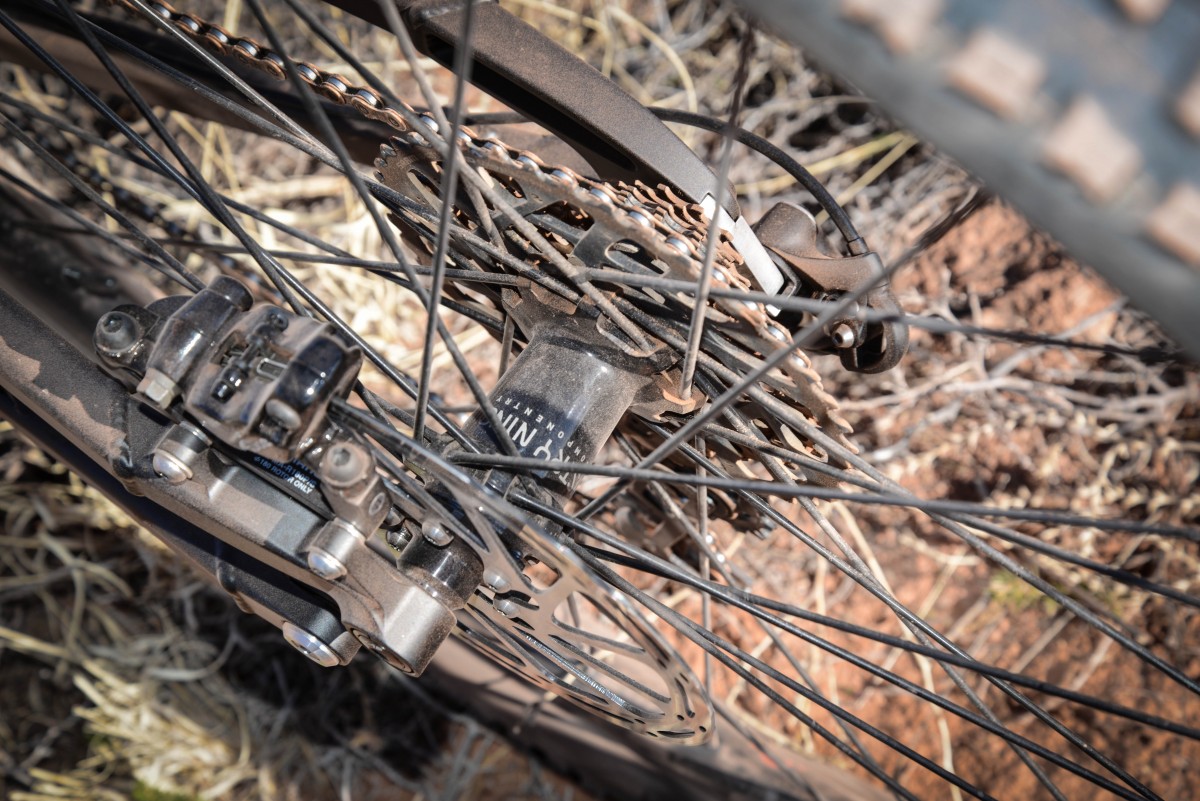 Climbing on the Blackjack was efficient and reactive. The 29″ wheels made tackling technical terrain easy, while the short chainstays gave it an agility that is lacking in most 29er designs. The powder coating is a nice change of pace compared to the standard paint schemes typically offered in the bike industry. I would expect this to be a much more robust coating, withstanding chipping and scrapes slightly better, though I admittedly avoided testing this aspect on their brand-new bike. 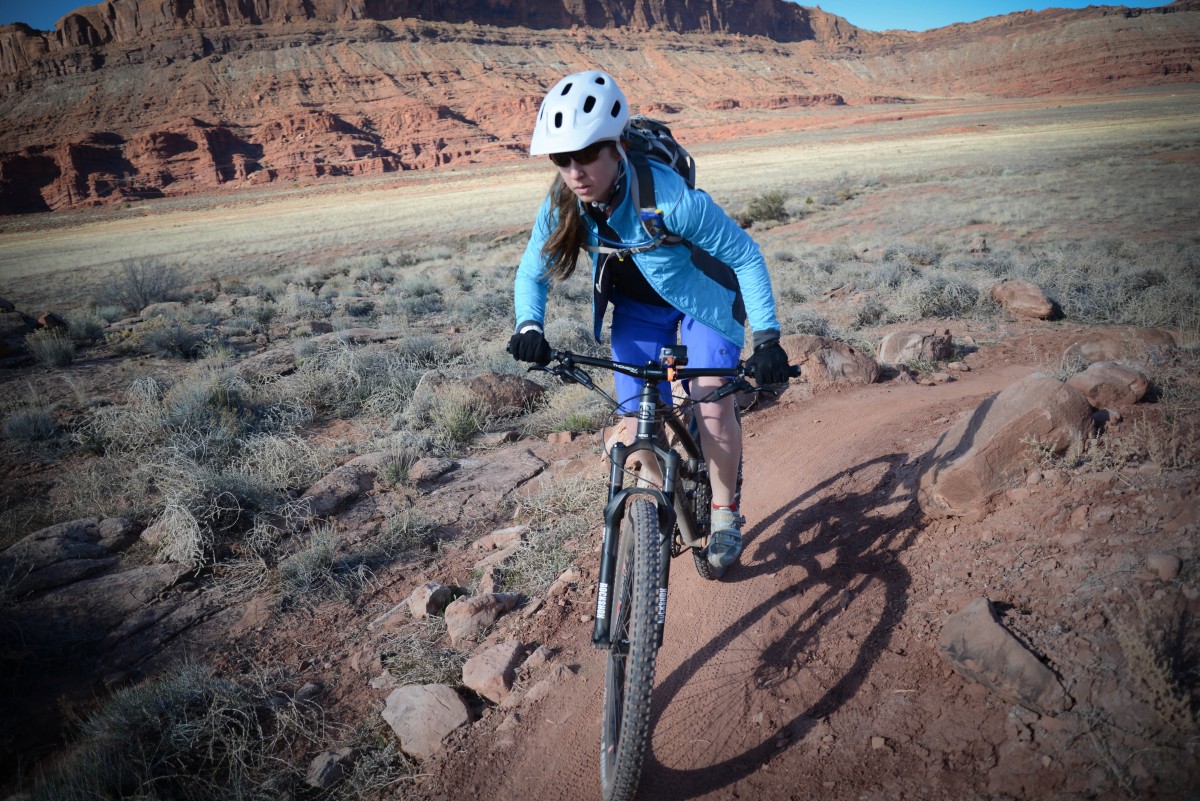 As tested, the Blackjack MSRP is expected at around $5,000. This may fluctuate a bit since this bike is not yet released for production. Durango Bike Co. is expecting their fully decked out Blackjack rig with an XX1 drivetrain to come in at $6,500. Not bad considering it’s a “Built in America” mountain bike.