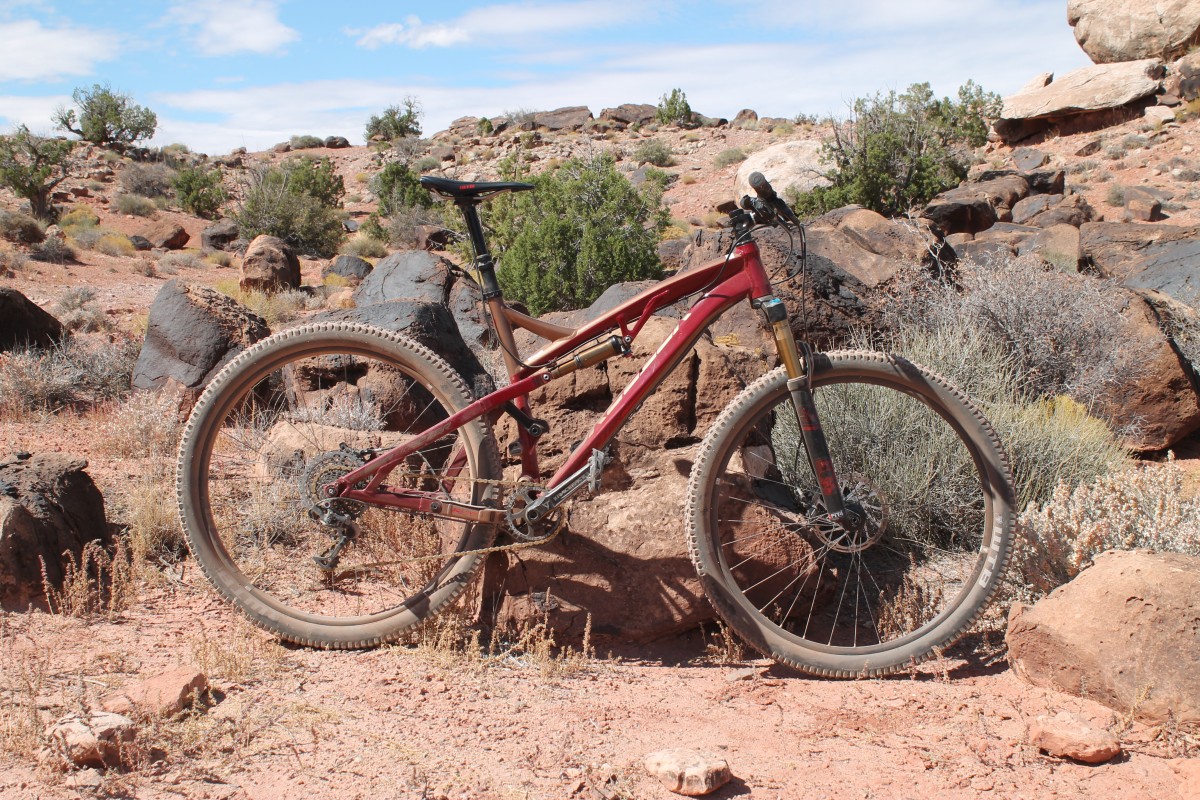 Have you ever met someone you were instantly, completely comfortable with?  From the first exchange, you simply fit well with them.  It’s not the fiery passion of “love at first sight,” which inevitably burns out after a brief “honeymoon period,” but more the comfortable hand-in-glove fit that announces that both today and for years to come, you’ll be matched, and that even as you grow, your friend will grow with you, and that many indescribably good times will happen along the way.  I am convinced the Breezer Supercell can be the mountain bike version of such a partner, and not just for me, but for a very wide swath of the mountain biking public.  It is a marvelous “everyman’s bike,” but in no way average, having a lively and inspiring personality.

Anybody familiar with the history of mountain biking knows about Breezer bikes and the exploits of its founder, Joe Breeze.  Paying homage to this legacy, Breezer has entered the most popular 27.5 trail bike segment with the heritage name “Repack.”  The Supercell, on the other hand, aims for a similar market, but with a 29” platform. The unassuming Breezer frame is traditional aluminum and eschews other contemporary elements, such as internal cable routing, but employs the unique MLink suspension system, which places the lower pivot midway through the length of the chainstay.  The rest of my Supercell carried a combination of mostly high end parts, including a SRAM X01 drivetrain, kashima-coated Fox suspension front and rear, and a very nice DT Swiss 350 wheelset, all of which perfectly suited the bike’s personality and purpose.  Supercell options range from the $2,624 Supercell Expert to the $4,999 Supercell LTD I was fortunate enough to put under my bum. 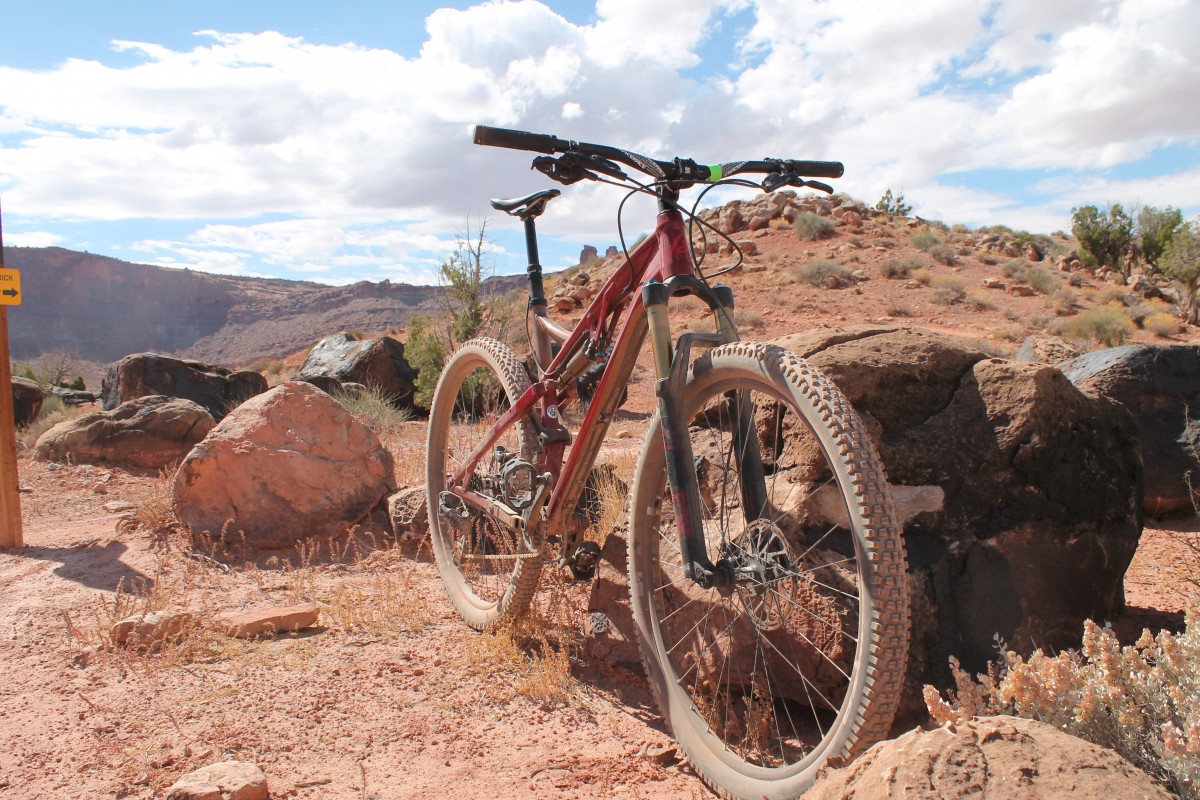 We often hear a claim that a bike has a “neutral geometry,” meaning that it is not too slack and is not too steep, and/or naturally places the rider in a neutral position. This is generally considered the best option for most riders not pursuing a very specific riding style, and is the goal of most trail bikes. While Breezer didn’t specifically use this terminology, I found the Supercell to be the best possible example of this.

The Supercell’s 610mm top tube (size L) and 70 degree head angle put it right in the middle of 29er trail bikes.  However, there’s more to bike design than merely lining up the right lengths and angles, and far too many bikes that simply rely on the numbers end up being rather generic-feeling and uninspiring overall.  I can safely say that was not the case with the Supercell, which practically begged me not to turn it in, even though I still had the task of reviewing more bikes to tend to. 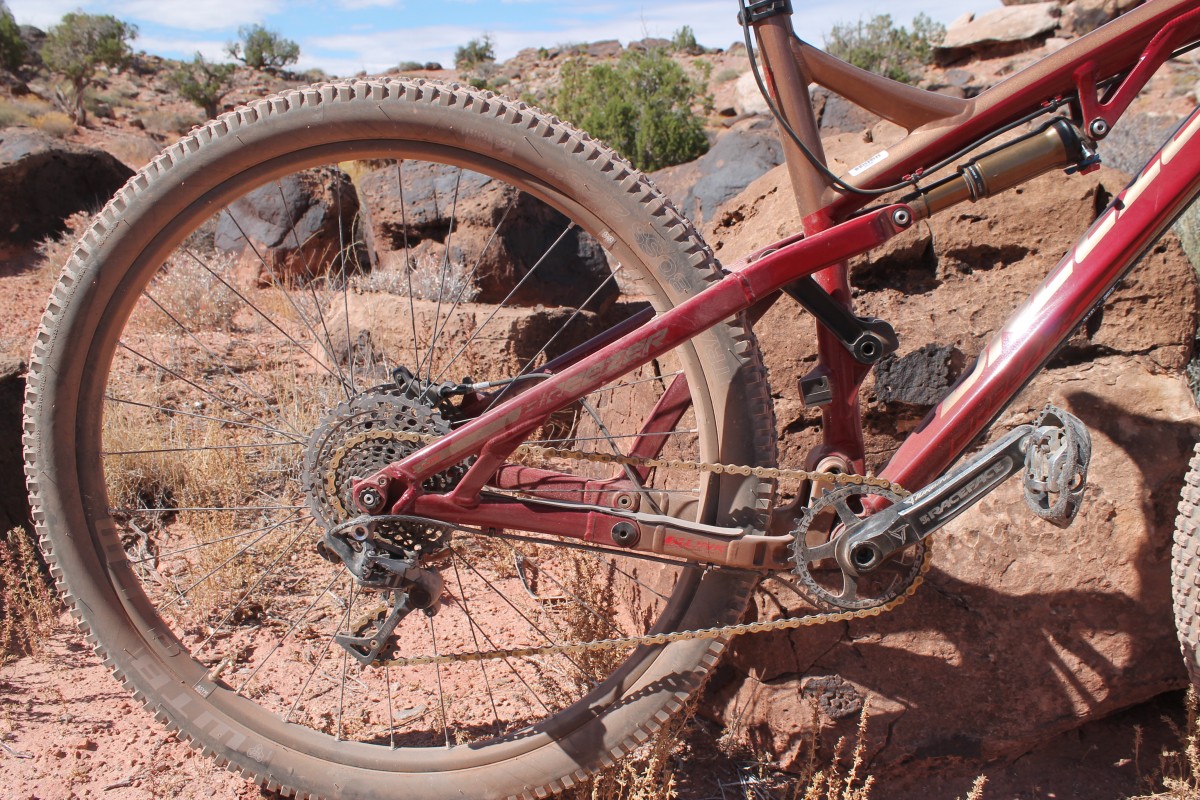 It’s easy to get forward on this bike and have a nice, efficient climb, although the aluminum frame isn’t quite as light or efficient as the lightest, stiffest carbon frames.  What it is, though, is reliable, predictable, and comfortable.  The bike makes no complaint when sent upward and delivers the rider no unwanted surprises or quirks. It may not launch the rider up a slope like a serious cross country bike, but it does allow the rider to relax and enjoy the ride on the way up, saving both physical and mental energy for the downhills, which is most appreciated.

When the trail turns down, this bike shifts from that reliable ol’ friend to that sexy, exciting partner who is always ready to spice up the relationship and keep it fresh.  The fun factor is pretty much off the hook when the downhill arrives, as the combination of big wheels, supple but efficient suspension, and exceptionally-well-designed geometry combine to place the rider in the best possible position for ripping anything grom-smooth to black-diamond descents.

It was very interesting riding the Breezer Supercell back to back with the Orbea Occam, as both bikes sit in exactly the same category as 120mm-travel, 29er trail bikes.  As great as the Occam was as a climber, the Supercell was as a descender.  I also found myself looking for opportunities to huck the Supercell like I would any 27.5 or even 26″ trail bike.  It was phenomenally well balanced and reassuring when leaving–and returning–to Mother Earth.  If there’s such a thing as an enduro-worthy 29er, this would be it.

As good as the climbing was, and as outstanding as the descending was, the most amazing part of the Supercell’s performance was its maneuverability.  If early 29ers had bobbed and weaved with the combination of smooth confidence and quick efficiency as the Supercell, there would never have been a need for anyone to develop the 27.5, at least in the trail bike category.  Again, here the Supercell somehow manages to simultaneously achieve both calm stability and a high excitement factor.  Despite wanting to demo as many bikes as possible, I hung on to the Supercell for an extra couple laps, just so I could continue to enjoy its seemingly contradictory, but rather complimentary, array of virtues. 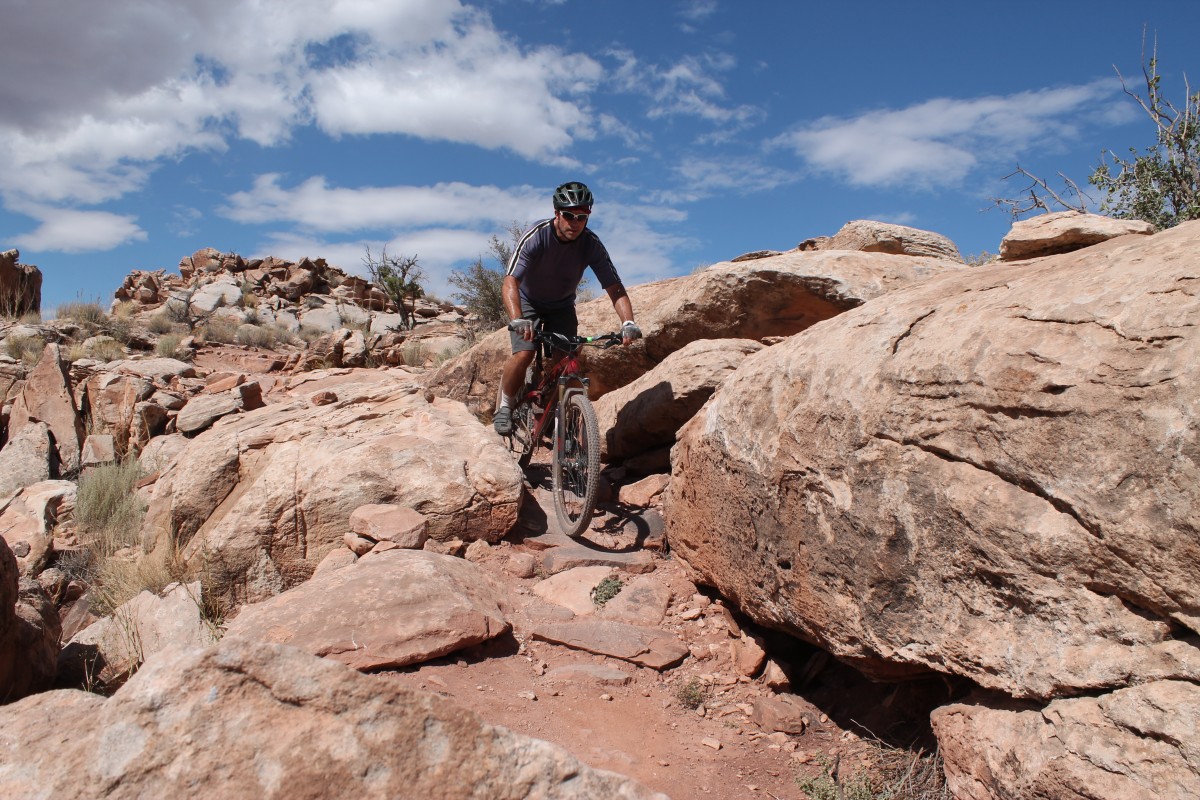 Is there anybody who wouldn’t like the Supercell?  I suppose a Seattle Seahawk fan may balk at the distinctly San Francisco 49er red and gold color scheme, but other than that… no, I find it hard to believe anybody wouldn’t be happy with this bike.  There are some bikes I think of as good choices for the rider who could only have one bike.  There are others I think are best as part of a well-rounded quiver.  The Supercell is the first bike I think of as fitting well in both situations.  It is certainly as close to a “one-bike quiver” as you can hope to find, and it even comes in at relatively reasonable price points.

But even for the rider who has a separate bike for each specific purpose, the addition of a great do-it-all-just-for-the-fun-of-it bike is always welcome. The Supercell’s perfectly neutral feel should appeal to the broadest range of riding styles and body types, all the while delivering an anything but generic experience.  Breezer is not a huge brand with outlets everywhere there are bike stores, but if you’re in the market for a great all around trail bike, you owe it to yourself to seek one out as part of your bike hunt.

Gear
Mountain Bike Tire Repair Tips: From Emergency to Semi-Permanent
Gear
These MTB Deals are Fire, including 40% off Patagonia Dirt...
Gear
Never Underestimate the Power of a Good Zip-tie
Gear
The Maxxis Minion DHF Tire is Still the One to...
Subscribe
Login
Please login to comment
1 Comment
Most Voted
Newest Oldest
Inline Feedbacks
View all comments