Specialized just announced updates to the Epic hardtail, and it’s a weight weenie’s dream come true. This racy, cross-country hardtail frame weighs a claimed 774g in size medium, but that’s not all Specialized wants you to know about the bike.

Looking at the geometry of the new Epic, Specialized slackened the headtube by more than a degree to 68.5°. The designers also reduced the fork offset and increased the reach for a longer, slacker bike. In their marketing materials, Specialized says these changes were made in response to “rougher” race courses and also to make the bike more comfortable. 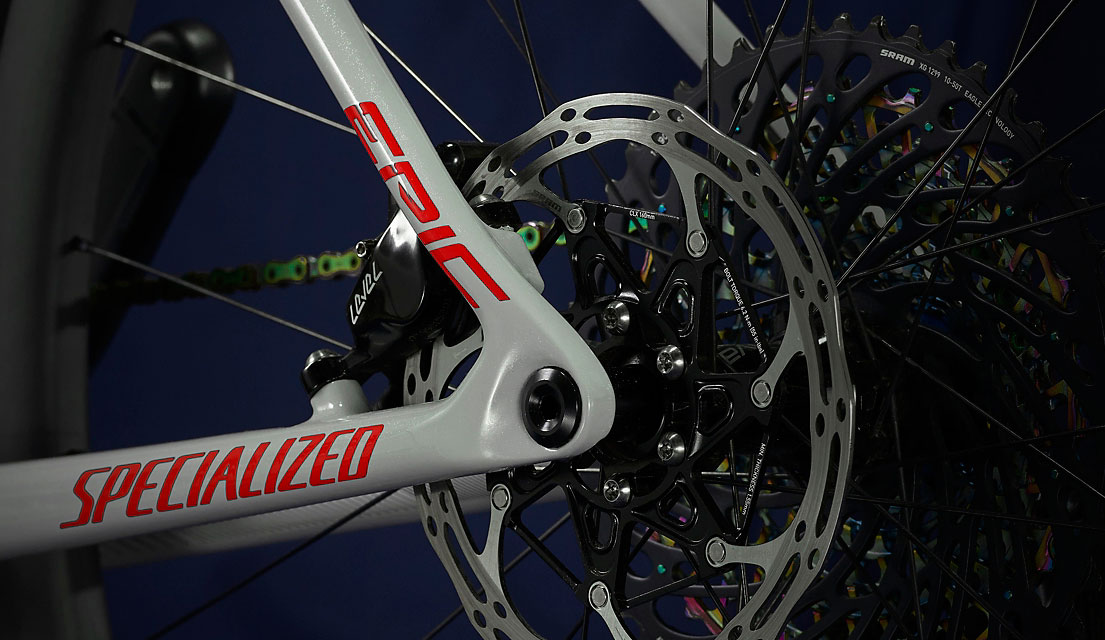 The silhouette of the Epic has been updated as well, with thinner seat stays and an arced seat tube. The seat tube change, along with a new carbon fiber layup, is said to improve comfort and also boost tire clearance. Specialized is billing the new Epic hardtail as “the most capable, comfortable, and versatile in its class” and the ability to run wider tires could arguably check all three of those boxes.

Now, about the weight. The new Epic drops 101g off the weight of the previous version, which was itself 200g lighter than the one before it. Specialized adds the caveat that this is the lightest production hardtail on earth, but it’s not like there are many custom frame builders working in carbon fiber to get weights this low. We’re not sure about qualifying the statement with the word hardtail either; a full suspension frame would clearly have to weigh more. Outside of folks modifying stock carbon frames by shaving bits off, it’s safe to say this is probably the lightest at the moment. 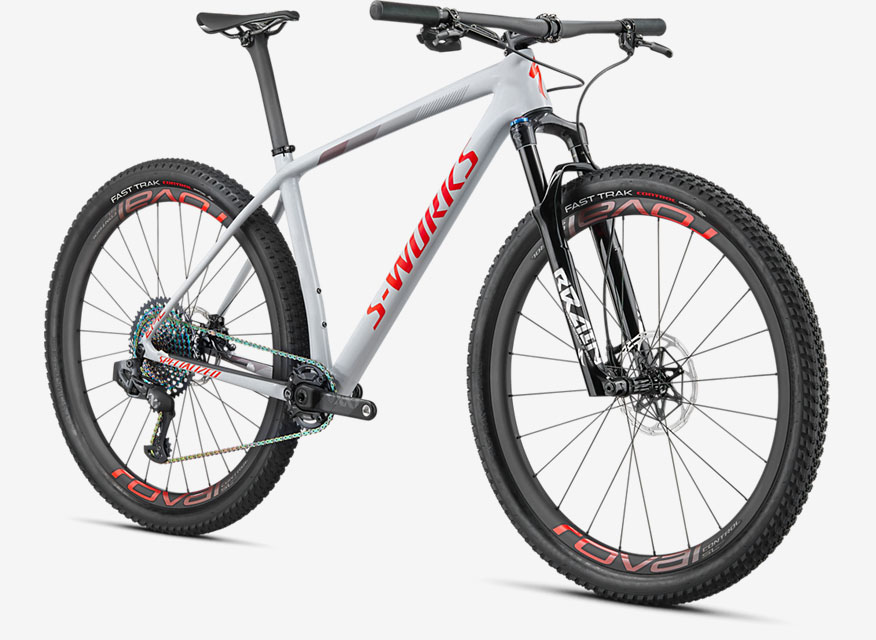 Pricing for the top-of-the-line, S-Works Epic hardtail is set at $9,520USD with an AXS drivetrain. There’s also an S-Works “Ultralight” build priced slightly less at $9,020, and an XTR build for $8,520. More affordable builds, and bare S-Works frames, and currently listed as “Coming Soon” on the Specialized website.