The perfect mate to the WCS Trail seatpost is the Ritchey Vector EVO Streem saddle. Coming in at a scant 175g, this minimalistic saddle will make any weight weenie proud.

Putting things in perspective, the Vector EVO Streem is 278mm long and 132mm wide, with a relatively flat top profile. This makes it easy to move around on, not fixing a rider to any one single position on the saddle.

A close up look reveals minimal padding–I can safely say that some of the beginner riders may want to get a few miles under them, or use a pair of short with a good liner before considering this saddle. The Streem is not one of those mushy gel saddle jobs that weigh a tonne–it is designed for speed.

Why the Vector EVO rails? 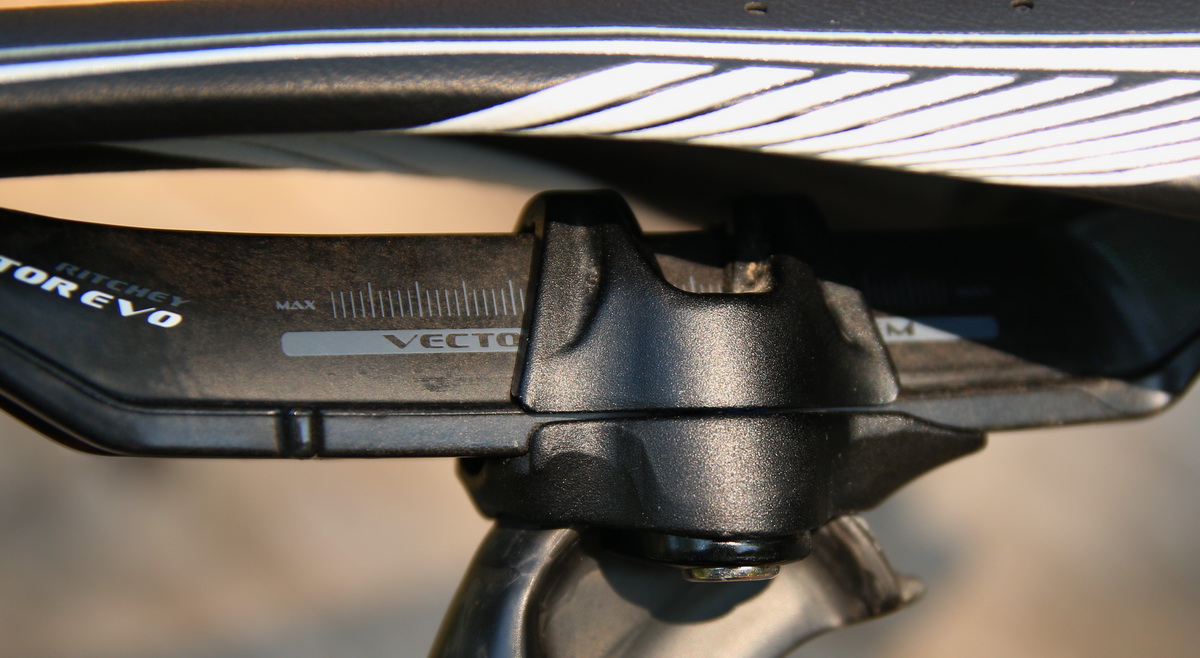 The EVO rail not only holds the saddle on the seatpost, it but is designed with an inherent light spring action. The Vector EVO Streem not only transfers the rider’s weight, it also allows for lateral movement. The saddle tracks your pedal stroke and reduces that harsh edge feeling of a rigid post and twin rail system. As an added bonus, the design of the rail allows for a slight increase in front-to-back adjustment.

Installation is dead simple: just remove the existing rail clamp off any Ritchey EVO compatible seat post and replace it with the EVO clamp, then torque the two clamp bolts evenly down to 15Nm with the use of a torque wrench. If you purchased the EVO Streem outside U.S., then you will need to purchase the EVO clamp for an additional $14. 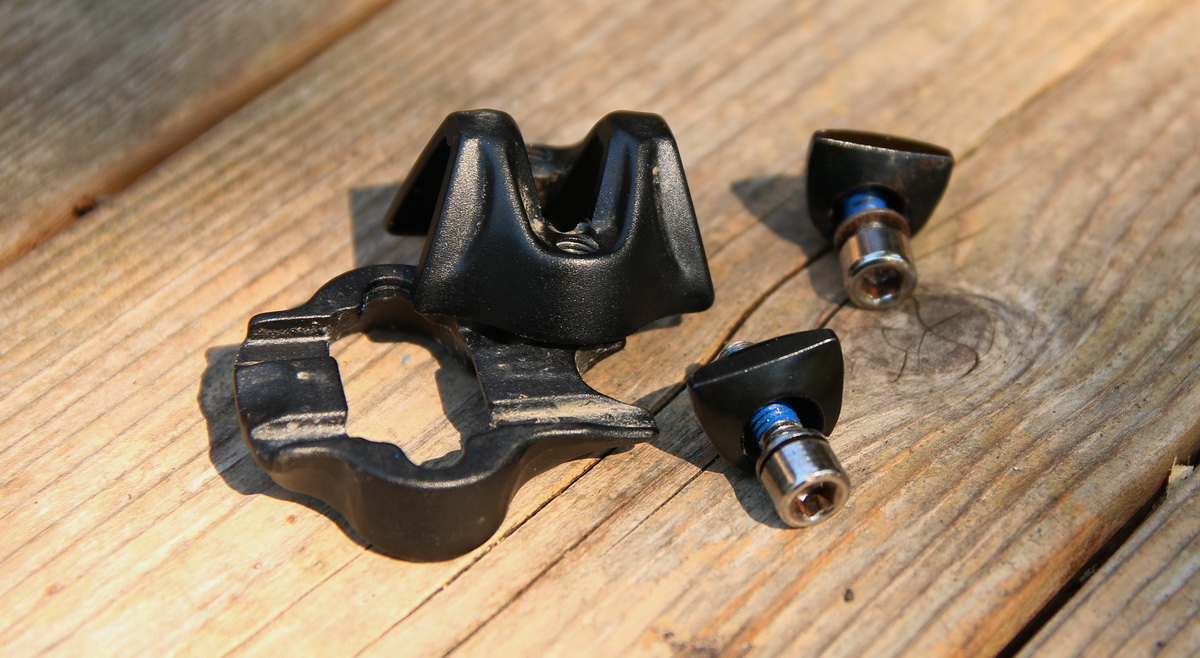 Throughout the duration of the review, both in warm and bone chilling weather, I had no issues with the Streem saddle. I tend to like a firmer saddle with little padding, and the Vector EVO Streem is just that. Even after three or more hours in the saddle, I had no issues when using padded shorts. Thanks to the Vector Wing Technology, which helps spread forces on the saddle and allows for extra compliance, I enjoyed longer climbs without discomfort. Under similar conditions, a harder-framed saddle would result in chafing on the inside of my legs.

For those who like to shift their weight on the saddle, the Streem should be on your short list. The flatish top makes it easy to move forward or back without any discomfort.

Thanks to the folks at Ritchey for providing the Vector EVO Streem for review.