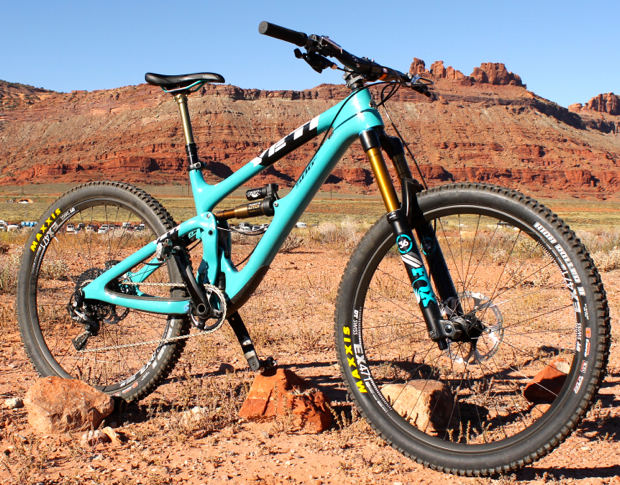 Yeti debuted their new Switch Infinity link on their 5-inch-travel platform, and while Paul only had positive things to say about the SB5c, I was impatiently awaiting Yeti’s release of the 6-inch platform. And guess what? It’s here, and it’s officially shipping!

The SB6c is the long-awaited replacement for the cult favorite, the SB66c. While maybe Yeti would have been a bit smarter not to have such a gap between the discontinuation of the 66 and its replacement, I think they were never really worried about losing fans. Because they new that once the die-hard 66 fans got on the 27.5″ 6c, all devotion to the 66 would vanish into thin air. 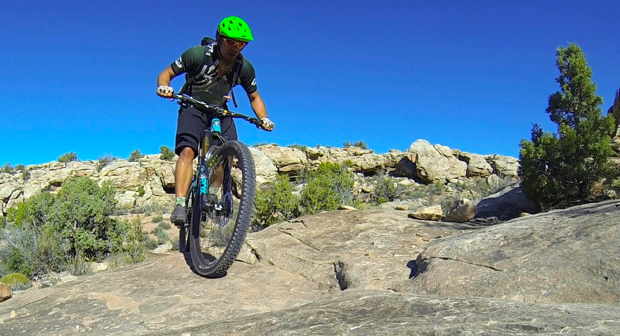 The version of the SB6c that I had the chance to review at Outerbike came built up with a Fox 36 fork, a Fox Float X CTD rear shock, SRAM X01 1×11 drivetrain, DT Swiss EX471 27.5″ wheels, Shimano XT brakes, Thomson dropper post with internal stealth routing. MSRP for this build is $7,399, with prices only going up from there. 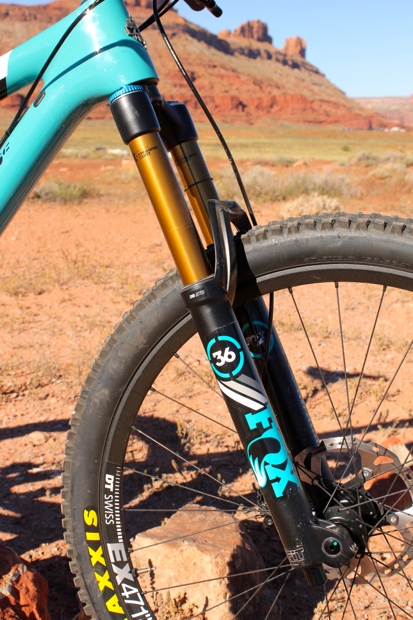 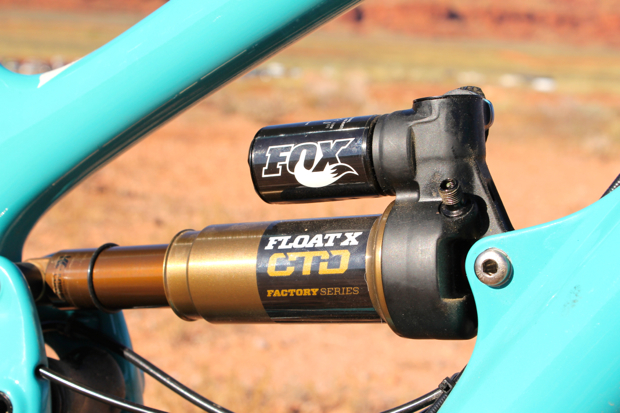 For a 6-inch-travel all mountain bike, the SB6c was ridiculously light and climbed supremely well, even with the shock in full-open mode. Since the shock is CTD, you can switch it to Trail or Climb for more efficient modes, but I chose to leave it full-open most of the time for testing purposes. And in full-open mode, small bump compliance was fantastic, without the rear end feeling inefficient or bogged down. Presumably, this is a result of the radical Switch Infinity link, which you can read more about here. However, from the perspective of a rider, it’s pretty difficult to ascertain exactly what is causing the remarkable performance. There are numerous factors at play, including the shock itself, the shock’s valving, the suspension design, the Infinity link, and much more. While narrowing down exactly which part of the equation is having the biggest difference might be impossible, one thing is certain: this bike just shouldn’t climb this well. But it does. 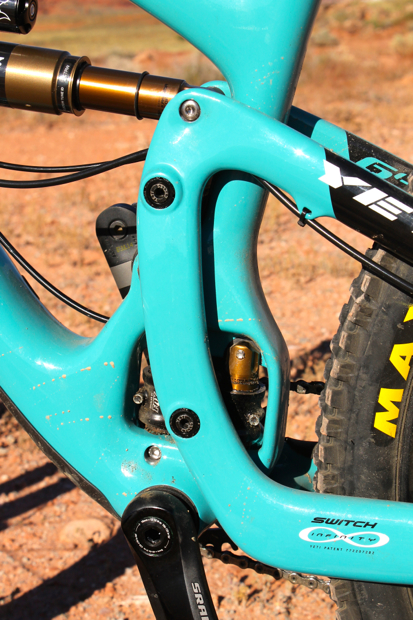 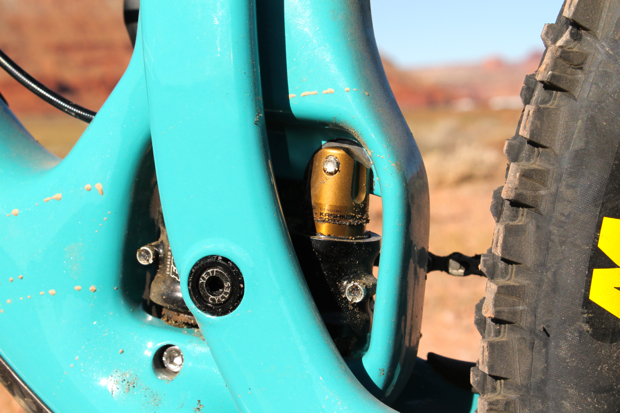 However, with a 65.5-degree head tube angle, the SB6c’s primary purpose isn’t to climb–it’s to descend. In short, the SB6c is a bottomless, confident, descender that was proven even before it got to production with multiple enduro race wins below riders much more capable than me. But even I, with my limited skill set, can appreciate the fantastic handling, supple suspension, and sheer awesomeness that this rig delivers. 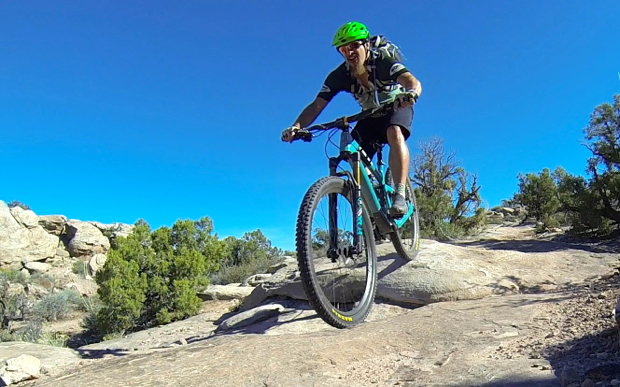 Let me make this really simple for you: to date, I always listed the SB95 as one of the best bikes I’ve ever ridden. But now, the SB6c takes top honors and claims the throne in my heart reserved for expensive bike lust.

Now if only there was a 29er trail bike with Switch Infinty… *hint, hint*

Yep–trade in my hardtail for an ARC, my trail bike for a ASRc and my all mountain bike for a SB6c . . .
. . . and forsake all other worldly goods, food, roof over my head, etc.

Can anyone compare how the SB6c climbs compared to the SB5c? Is there a noticeable difference? Or Greg can you venture a guess from discussions you may have had with others or the folks at Yeti? I’m not going to get a chance to test rides these in the near future, but I am very interested in both. I am assuming with a 65.5 degree head tube angle that there are some noticeable advantages down hill in comparison to the 5c, but how much is lost uphill?

I haven’t personally ridden the 5c yet, but word on the street (aka the Yeti techs at Outerbike) is that the 5c is definitely the best all-around bike (but it still has great descending chops) while the 6c is definitely descent-oriented. I’d take that to mean that the 5c climbs significantly better than the 6c, but I can’t confirm that personally… at least, not yet.

Thanks Greg. Appreciate you sharing their comments.

Greg, Any thoughts on how the 6C climbed and descended vs. a 66C?

I’ve ridden quite a few Yeti bikes, but unfortunately the SB66c isn’t one of them. If you want to check out some of my general thoughts on the performance of 27.5″ wheels VS 26″ wheels, you can check out these articles: