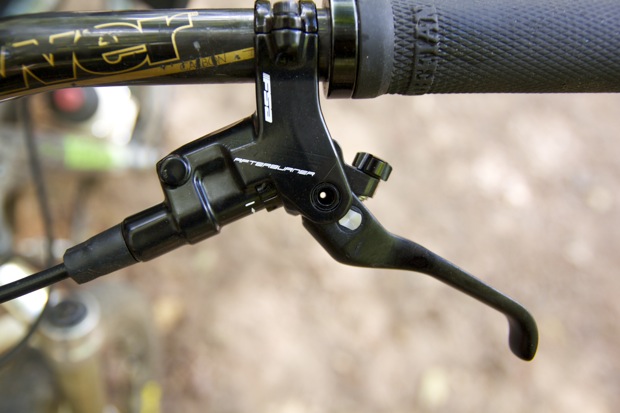 FSA is a familiar name when it comes to components like stems and cranksets, but this year the company is making a big splash in the MTB brake market with two new sets of hydros: the K-Force and Afterburner. I’ve been testing the 2015 Afterburner brakes over the last several weeks and I’ve been really impressed with just how dialed these first-gen FSA brakes feel. 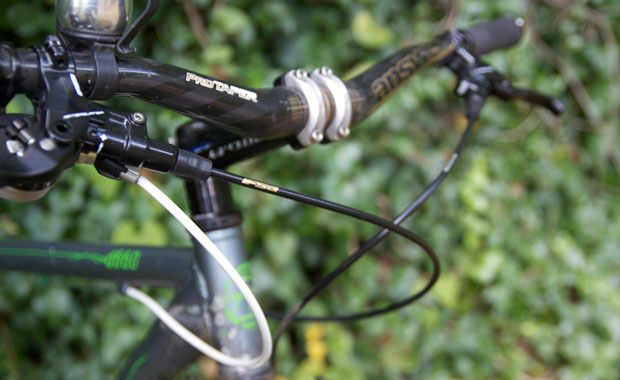 The Afterburner brakes weigh 393g (per wheel) and are marketed for XC and trail application. Installation is a cinch thanks to a two-piece clamp on the lever–no need to remove grips or shifters. Aligning the calipers took no time at all, and the system came factory-bled and ready to shred! And unlike many brake systems I’ve tested, the stock hoses were just the right length for my rig–no ungainly hose loops to tuck under the bars. 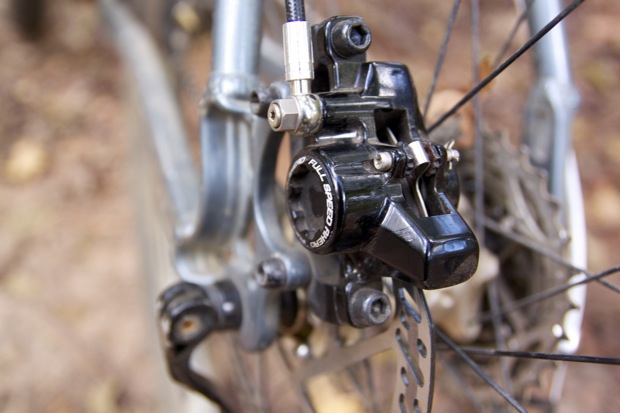 FSA clearly put a lot of thought into the Afterburner design, right down to the hoses. The rear brake hose is designed to be more stiff than the front to account for the added length (and therefore potential surface area for expansion), giving the front and rear brakes a similar feel. As Joel Richardson at FSA points out, hydraulic brake hoses are the area of highest expansion within a disc brake system so some pressure will always be lost between the lever and the caliper. By stiffening the rear hose, the amount of pressure lost in the front and rear brakes is roughly equalized.

The Afterburners feature tool-free reach and stroke adjustment, allowing the rider to customize the fit and feel at the bar. The reach adjustment controls are a cinch to use, though I found the stroke adjustment slightly more difficult to nudge. 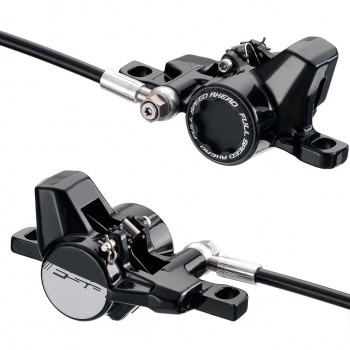 A rocker cam actuator is used in the Afterburner brakes to maintain linear force throughout the stroke. This is a dual-piston design with a one-piece forged aluminum caliper body.

Right off the bat, the FSA Afterburners offer a solid lever feel and are comfortable for one-finger operation. Full stops are no problem and the brakes feel like they have power to spare even in the most panicky situations. On the trail, tires will generally lose traction way before brakes slip but during a recent near-collision with a car on my way to the ride, I found out just how quickly and effectively these brakes can stop on hard surfaces, even at high speeds.

Brake feel is important to mountain bikers, and it seems we’re divided between brakes that ramp up stopping power quickly (Shimanos) and those that offer a more gradual force application throughout the stroke (Avids). It seems FSA has struck a happy medium with the Afterburners: there’s a steady increase in pressure throughout the stroke, though much more linear than Avids which tend to feel a bit parabolic to me. And like Shimano brakes, the Afterburners produce a solid feel from the beginning of the stroke to the end.

The Afterburner brakes are super responsive on the trail and snap back immediately after releasing the levers, allowing me to rocket out of turns without delay. And while these brakes are marketed for XC riders, they honestly feel more burly than what I’ve come to expect from XC brakes. 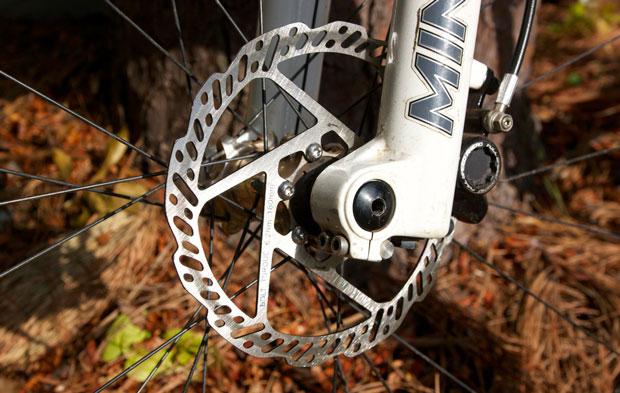 The FSA rotors worked well on the trail and thankfully didn’t sound like a turkey gobble after stream crossings. The rotors appear to be slightly thicker (we’re talking micrometers) than the rotors I’m used to running, which gave the brakes an even more solid feel and slightly-quicker engagement.

These brakes are available from North American retailers now and retail for $199 per wheel. The FSA K-Force brakes ($299 per wheel) utilize a similar design but swap the alloy levers for carbon and feature a magnesium master cylinder body, which drops the overall weight to just 305g per wheel.

FSA has clearly done its hydraulic disk brake homework with the Afterburner and K-Force brakes. With a truly linear feel and proven stopping power in a sleek and solid package, the Afterburners are an excellent choice for both XC-racers and trail riders.

Thanks to FSA for providing the Afterburner brakes for review.

Gear
How Often do you Bleed Your Hydraulic MTB Brakes?
Gear
How to Replace Disc Brake Pads
Gear
Putting on the Brakes @ Interbike: Avid, Shimano, Formula, and...
Culture
New 2012 gear from Interbike