At Interbike this year we saw a number of mountain bike brake refinements along with a few interesting new developments from companies like Avid and Formula. Here’s what we found.

One of the biggest deals at the show was Avid. The company is revamping their rotors this year and changing them to even sizes in line with the industry which is a big step for them. The new rotors are the HS1 (all stainless) and the higher-end HSX (two piece with aluminum center) in 140, 160, 180, and 200mm sizes. The new hexagonal-shaped rotor has been cross-drilled instead of having the rotor milled out. The smaller, more numerous holes will run smoother with less “growl” as the pads do their job bringing your bike to a stop.

The entire line of Avid brakes that feature taper bore (Elixir, XO, and XX) have been tweaked internally with a revised bladder to reduce air permeability. The new design adds an air trap system to prevent air from entering the reservoir and an O-ring just in front of the air trap to further improve the feel of the brake and maintain consistency. The new Elixir 9 also gets an improved contact point adjuster for 2012. Along with that, the World Cup brakes lose the tri-align system in favor of weight savings, bringing them down to 277 grams (weight includes lever, caliper, and 160mm rotor and hardware). 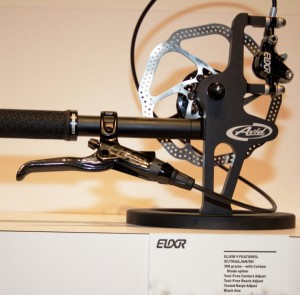 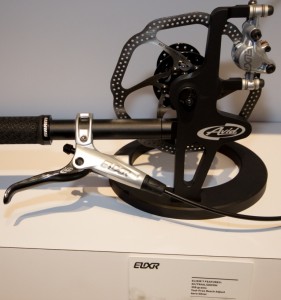 Shimano had a see-through XT brake set on display with windows into the caliper and lever assembly (pics below). The complex lever design fits great for one finger operation and the adjustment on the lever works well at setting reach as well. The simple linear piston and return spring with its relatively large volume should perform nicely. However, even in this cutaway you can see how air could be trapped in the piston area of the master cylinder. Just be sure to have the reservoir pointing up and full when bleeding the system out and it shouldn’t be a big deal.

The brake caliper itself looks great with a simple, elegant design that makes it easy to remove top-loaded pads. But having the bleed port below the hose means you are doing a caliper-to-lever bleed only. Not a bad thing but with visuals like this you can get a better idea of what you’re dealing with. Now if only these would work in the real world I would be sold! 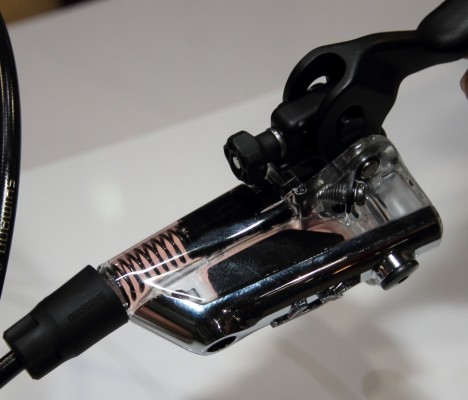 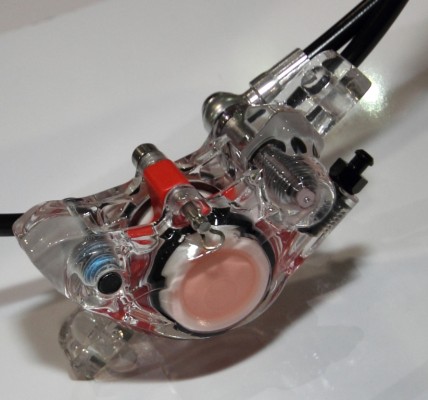 Formula has refined their mountain bike brake line-up as well. The new oval piston DH monster, the Formula RO, has a totally redesigned lever and master cylinder with more volume than the current THE ONE. Along with a redesign, the unit is also more robust. Stroke reach adjustments are built into the lever and the RO can also be had with optional FCS (contact point adjustment). 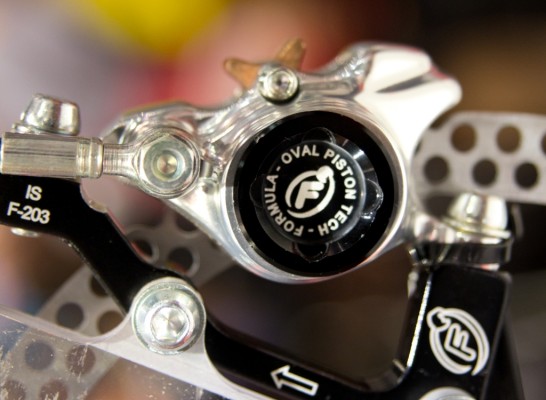 The top-load design makes for easy removal and servicing of the pads and pistons. The calipers on the RO are forged one-piece designs to keep weight to a minimum. The bleed port is located in the middle of the caliper making it easy to flip flop the calipers if you decide to run “Moto” style. 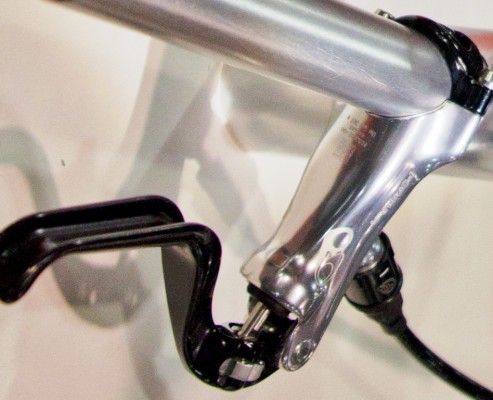 At about 361 grams per wheel, these are heavier than THE ONE brakes but heavier duty as well (not that there was anything wrong with THE ONE). The robust design as shown above and the redesigned levers scream DH. 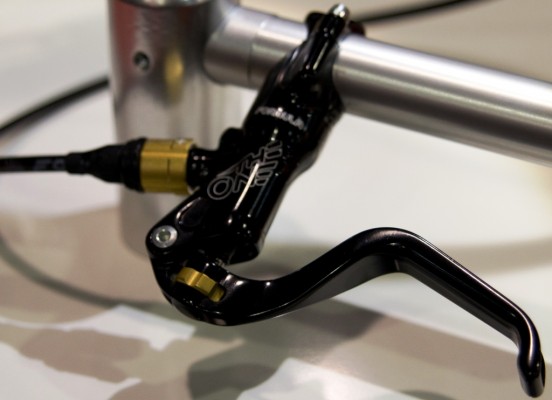 THE ONE with reach adjust on the lever.

And when I saw the latest idea from Formula I was screaming like a little girl at a Justin Bieber concert. Formula is working on a new hydraulic brake hose quick release fitting. Coming from a race background and using zero loss quick releases before I was super stoked! Talk about making some jobs easy. The best part of the quick release is that the hose end is just slightly larger than the hose itself, opening up a bunch of possibilities for routing. 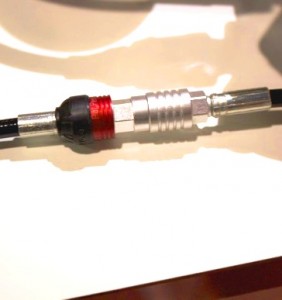 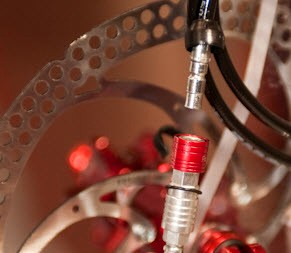 Ashima Brakes has been coming up with inventive ways of making brake rotors run cooler and lighter. Wayne Moore let me in on some ideas that have been floating around, some of them a bit crazier than others but you never know. 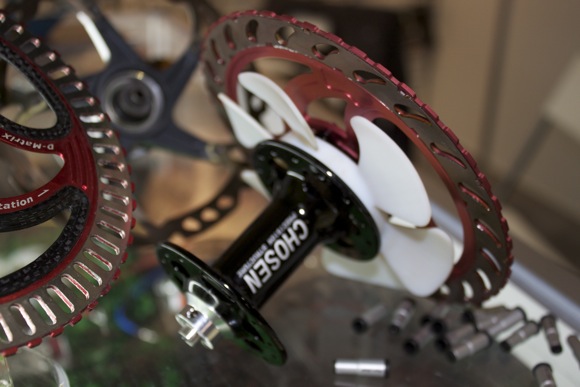 The photo above shows a test concept that uses a simple fan that would pump air through the rotor to cool things off a bit. Simple, somewhat effective, and lightweight. Usually nothing gets in that space anyhow. Another idea Ashima is working on is a three spoke aluminum rotor core with carbon reinforcement (for added stiffness) and steel braking surfaces for compatibility. Of course this is still under development but it should make for a lightweight rotor.

Due to time constraints we didn’t get a chance to hit everyone else but believe me, Hope, Magura, Funn and others were also showing off their goods as well.

Good article – although I’d personally like to see some more info on Shimano! (I’m biased)

Have you bled the new avid brakes? Have they solved there “Bleed issues?” If so that’s the only flaw or beef I’ve ever had with avid…