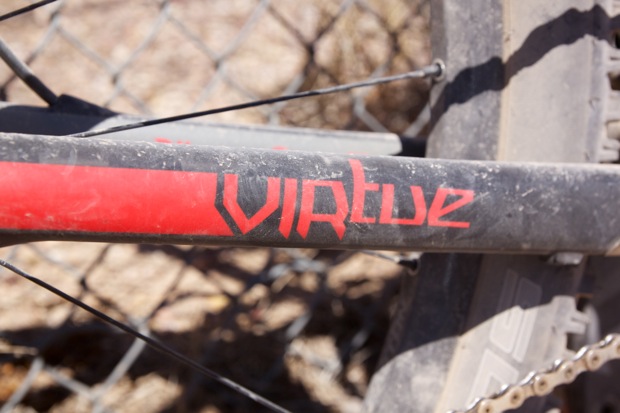 At Interbike I got a chance to test the Felt Virtue Nine, a carbon 29er trail bike with a full 130mm of front and rear travel and I was surprised at just how well the bike climbed. Here are my impressions based on a quick spin around the trails at Bootleg Canyon.

This bike is built to climb 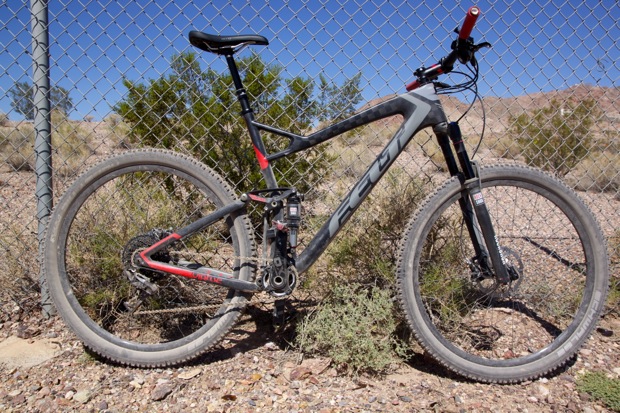 From the moment I threw a leg over the Virtue Nine I could tell this was going to be a racy bike. Despite featuring a dropper seatpost and more than 5 inches of travel in a 29er platform, the Virtue was surprisingly lightweight and gives off a very XC vibe (if that’s actually a thing.) 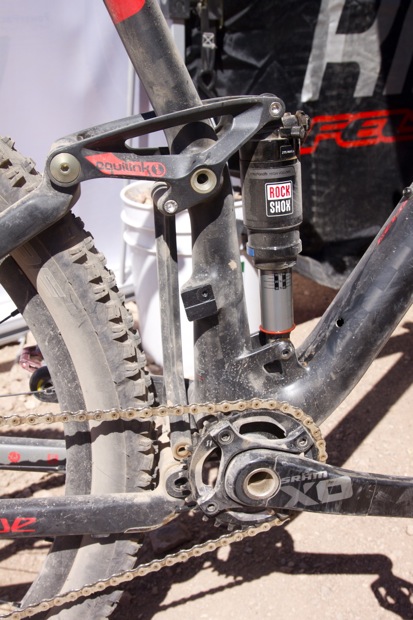 As I pedaled away from the demo tent, the bike felt super stiff. So stiff, in fact, that I actually stopped the bike and pressed down on the seat to make sure the rear suspension wasn’t locked out. It wasn’t and I would later find out this is a hallmark of Felt’s Equilink suspension platform. Essentially Equilink ensures both the upper and lower links move in unison which separates the suspension forces from drivetrain action. I’m not sure I totally understand how this works but in practice I can tell you Equilink climbs as efficiently or more so than any 29er bike with 5+ inches of travel I’ve tested. 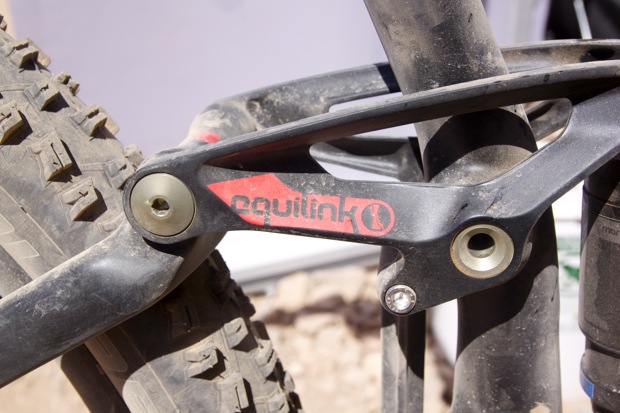 But that climbing stiffness doesn’t mean this bike is all business and no pleasure. Dropping the seatpost down and railing into turns was a blast and the lightweight package made it easy to float over rocks and ledges. And when the bike was grounded, the suspension did its thing without feeling harsh like other racy 29er bikes tend to feel.

Felt offers a number of configurations of the Virtue Nine and this particular version sports a carbon rear triangle. The frame is set up with a 12x142mm thru axle which really ensures a stiff rear end.

The Virtue Nine 1 build I tested features SRAM’s X01 drivetrain which is every bit reliable as it is sexy looking. The RockShox Revelation fork on the Virtue can be run at either 140mm or 130mm of travel, though Felt has optimized this build to run a balanced suspension at 130mm front and rear. The Virtue Nine 1 tips the scales at right around +/- 25lbs.

As an XC-oriented rider, I can really appreciate the Virtue Nine for its climbing abilities, especially given the amount of travel the platform boasts on the way down.  Add in the dropper seatpost and this bike is just as much fun on the descents as it is efficient on the ups. The Virtue Nine 1 retails for about $5,999, though the more budget-friendly Virtue Nine 60 can be had for just under $2,000.

Gear
Would You Rather Ride with No Suspension, or No Dropper...
Trails
Cuyuna and Pisgah Add New Trails, While Utah Gets a...
Progression
How to Ride Flat Corners on Your Mountain Bike
Progression
Sizing Up or Down Based on Riding Style Can Work,...
Subscribe
Login
Please login to comment
0 Comments
Inline Feedbacks
View all comments
Tags: Gear | 29er, bike review, Felt, Interbike 2014, trail bike, virtue nine
First published September 11, 2014 @ 6:57:35