You may not have heard of iSSi yet, but they are making a strong bid to join the fairly short list of performance pedal purveyors. However, they have a slight twist: iSSi’s line of all-clipless pedals come in a variety of colors from simple silver to bright neon, covering most of the rainbow.

The iSSi Trail is available in silver, black, yellow, red, pink, blue, orange, and green. If you’re into customization, then iSSi offers the opportunity to do this in your clipless pedals in a way that is usually reserved for large platform pedals. 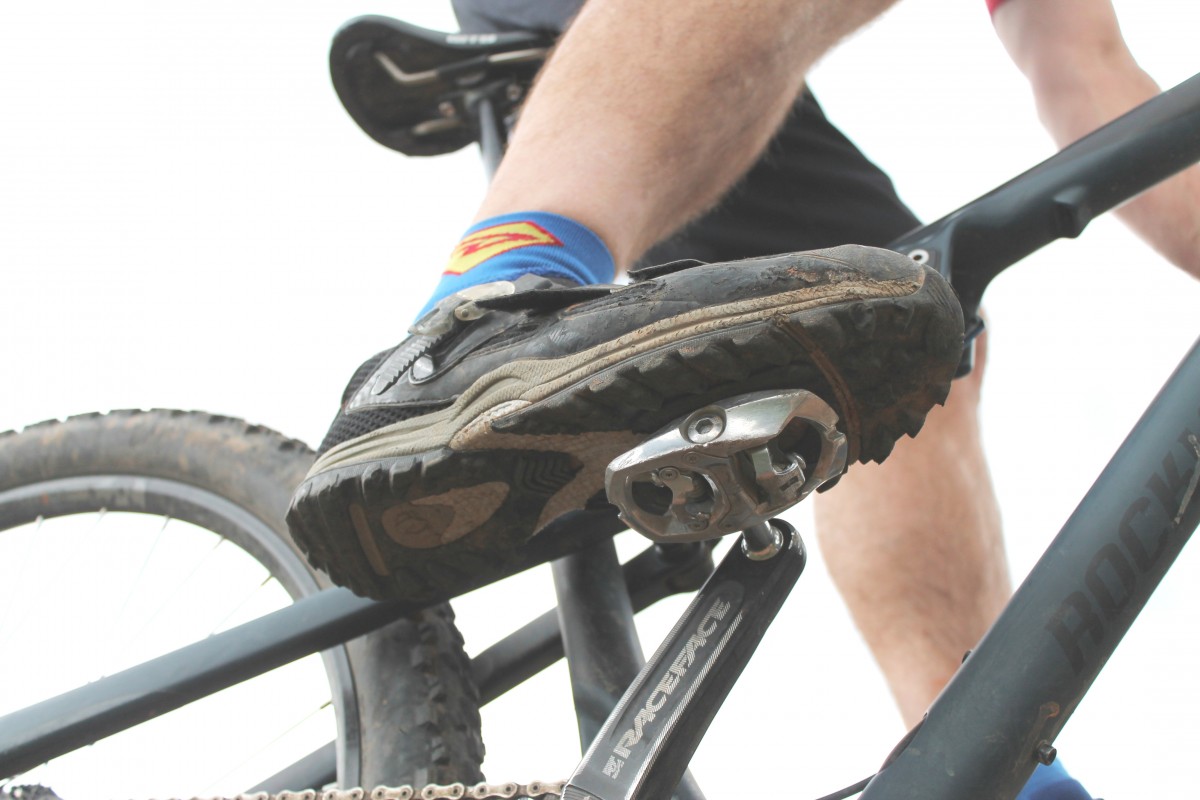 The iSSi Trail is a standard SPD-compatible clipless pedal mated to a small platform for added rider stability. iSSi has laid some recent redesign into the iSSi Trail to enhance performance. Specifically, the release point on the retention claw has been reset from 20 degrees to 14.6 degrees (similar to that of other high end pedals) and advanced material science has been applied to the retention claws themselves via a special heat treating process, which extends the life of the claw so that it continues to release smoothly and at the same point over the long haul. iSSi also put great effort into finding just the right springs for these pedals so that, no matter what spring tension is used, release and retention will be consistent.

At 407 grams/pair, the iSSi Trail isn’t the lightest pedal out there, but it is in line with other high end clipless/platform combos, and at a full MSRP of $110, you’re likely to be able to score a pair for significantly less than most of the competition. 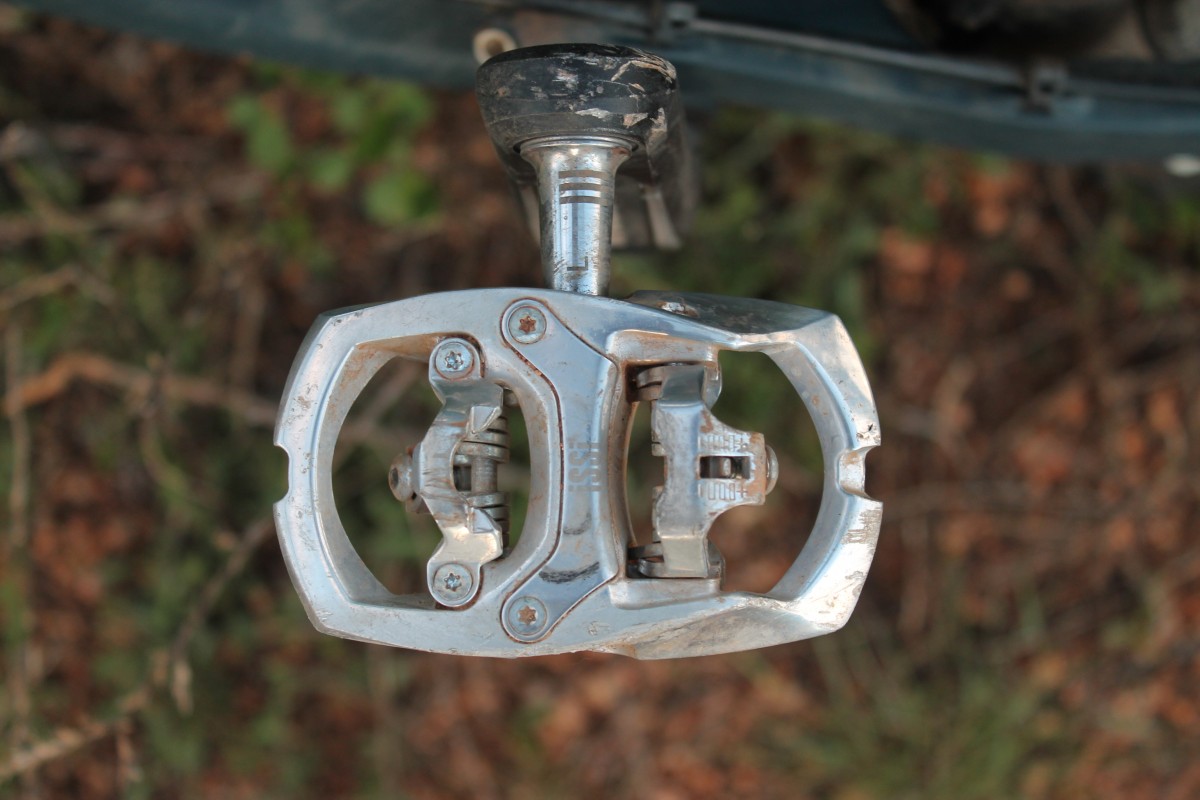 Over the course of two months, I was able to run the iSSi Trail on three bikes, including a race hardtail, a mid-travel trail bike, and a long-travel all-mountain bike, and in a wide variety of conditions from dry desert to monsoon-plagued dense forests. Overall, I was unable to find a riding style or condition for which I was not perfectly pleased with the iSSi Trail Pedal.

Upon arrival, I loaded up the iSSi Trails just as they came out of the box—with the release tension set to minimum. As a heavy rider with a brute force riding style, I quickly found this to be too soft, as I tended to come out of the pedals. After increasing tension to about ¾ of the way toward the stiff end, I had found absolute clipless nirvana. In fact, I can say without hesitation that these pedals provided the best retention/release balance of any pedal I’ve ever run. Engaging the cleat was always easy, and the iSSi Trails always let the rider know when the cleats engage with an audible click and a sudden feeling of security. Once engaged, I always felt perfectly stable and secure, but when I needed to bail quickly the iSSi trail allowed me to do so without fuss.

The additional stability offered by the modest platform was quite welcome, especially on consistently technical trails where dabbing was inevitable, super tight switchbacks where a leg may need to be thrown out for balance, and where occasional dismounts and restarts in the rocks were necessary. Mud shedding was also surprisingly good for a SPD pedal, especially a clipless/platform combo.

When I pulled out the iSSi Trails out of the box, I noticed they didn’t spin as freely on the spindle as most pedals. However, once I was actually turning cranks out on the trail, I didn’t notice any additional resistance, so this may be more mental than actual. I also found that, if I unclipped by rotating inward at the top of a pedal stroke, I was prone to banging my ankle on the rear triangle, but only on one of the three bikes on which I tested the pedal, so that may be bike dependent. It’s also worth noting that I’m something of a “duck-footed” rider, meaning I tend to ride with my feet at a high angle: ankles in and toes out. But iSSi also has an answer for this, as the iSSi Trail is available in two extra spindle lengths, at 6mm and 12mm longer than their standard pedal. 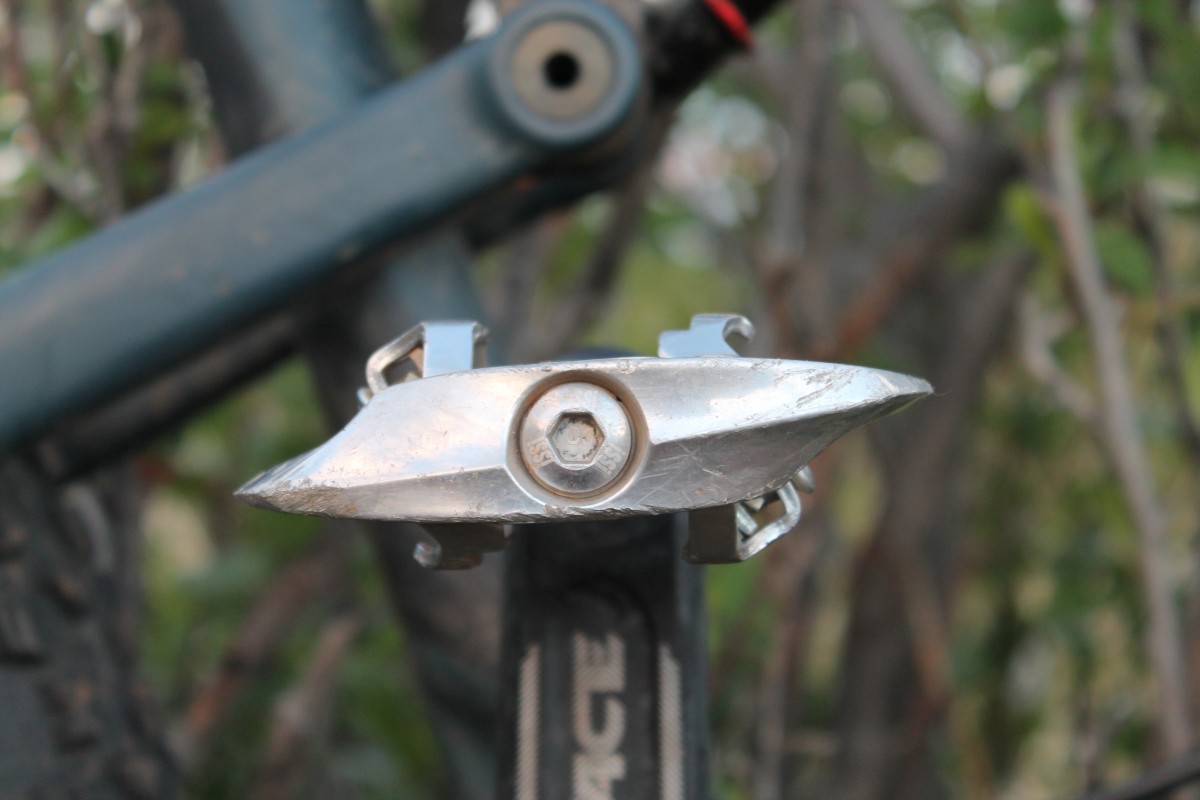 The minor hiccups I encountered hammering the iSSi Trail Pedals over a few hundred very rugged miles are inconsequential in the face of what they offer in terms of stability and the best retention/release performance I’ve had. They are a perfectly-suitable pedal for anybody seeking outstanding clipless performance with the added security of a platform. As for me, they will remain on my favorite trail bike indefinitely, which is saying something given the pedal collection I’ve accumulated over the years.

Thanks to iSSi for providing the Trail pedal for review.