LOUISVILLE, Colo. (April 1, 2015)—Pearl Izumi, maker of ride, run and triathlon performance apparel that empowers athletes to perform better 365 days a year, is excited to introduce the Fat Bike Bandolier, a simple, lightweight device to carry all the CO2 you need to keep rolling after a puncture on your fat bike. 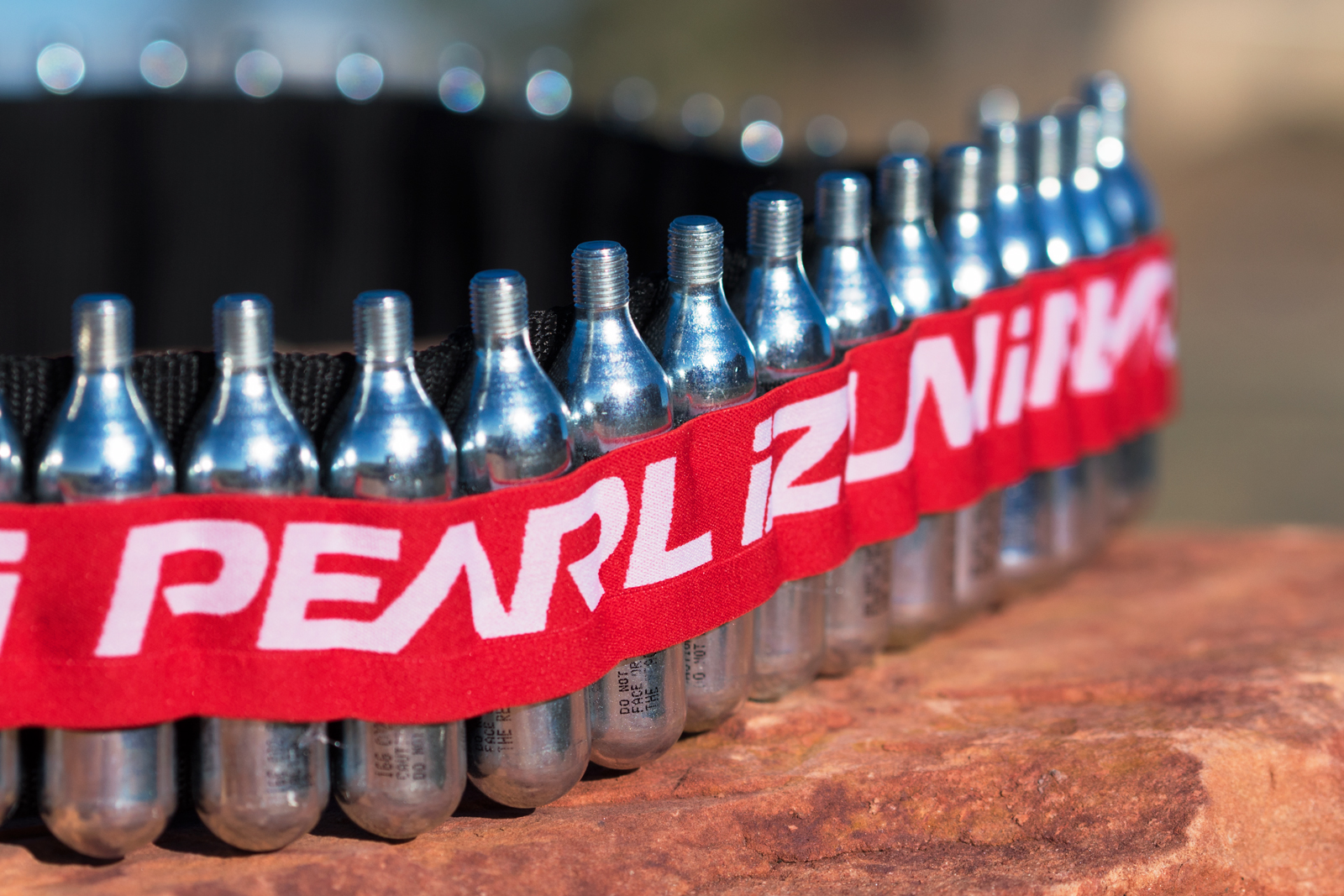 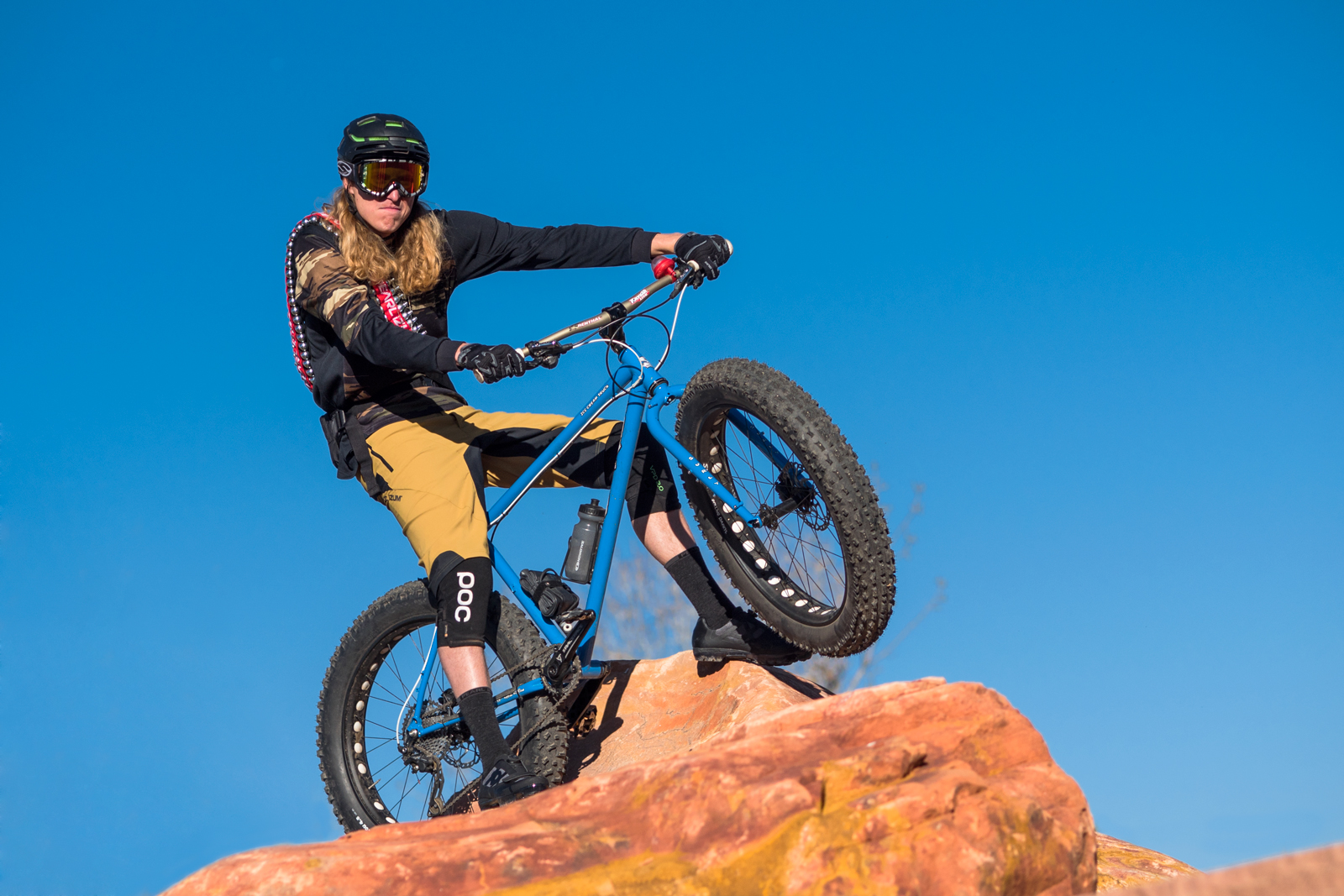 The easy over-the-shoulder design does not interfere with enduro fanny packs and will securely carry 50 16g CO2 cartridges, roughly enough to fill two 4.8” fat bike tires to 12 psi. The idea came about during an Arctic fat bike lunch ride from the Pearl Izumi headquarters.

“I was riding with another guy from the office who is totally cheap, and he’d put one of those cheesy glue-less patches on his tube to fix a previous puncture and of course it flatted,” said Keegan Rehfeldt, Product Designer at Pearl Izumi. “He scammed a tube off me and we set about pumping up his tire. 785 strokes later, like 20 minutes, we had it to about 10 psi. We knew there had to be a better way.” 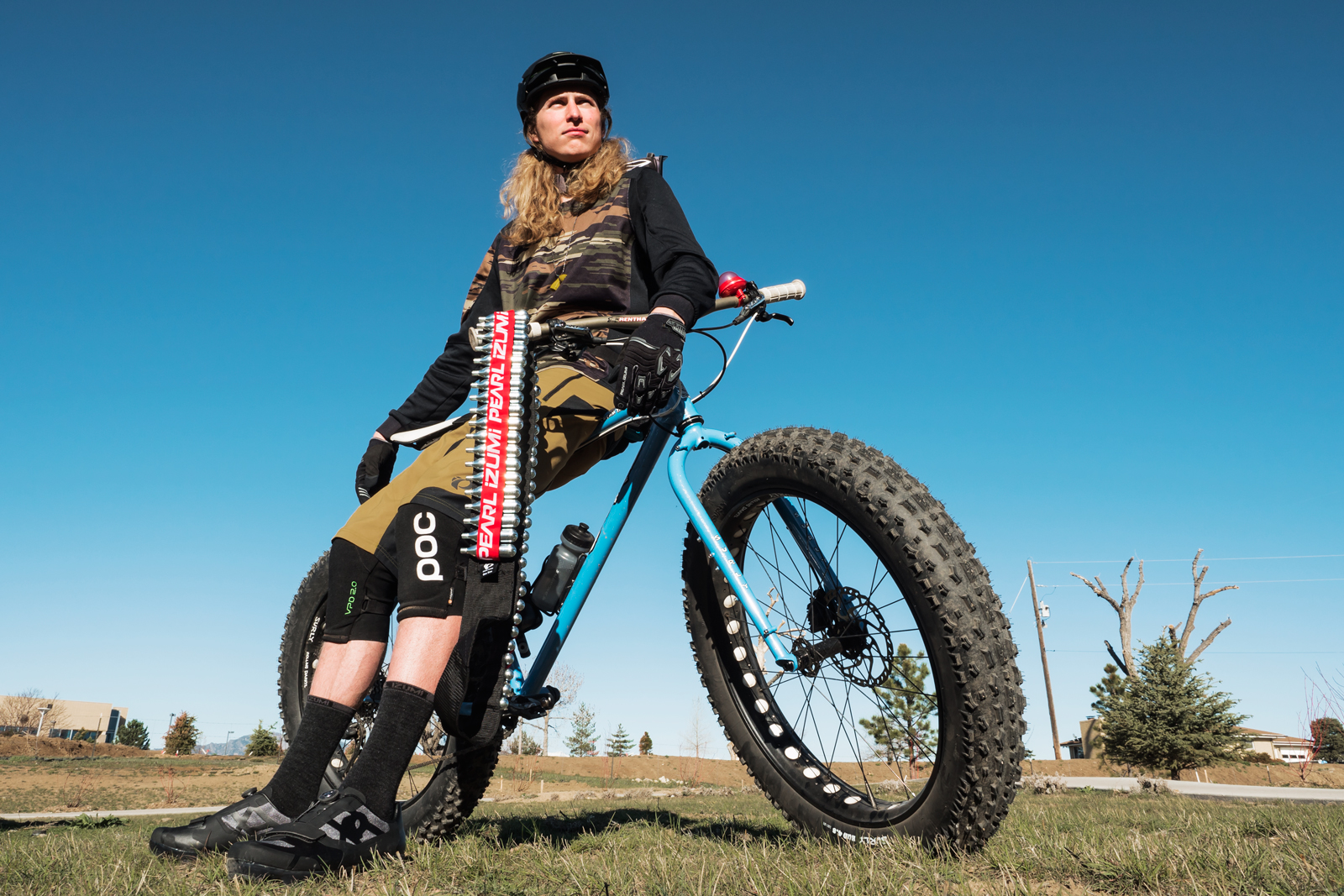 “When we were pumping up my flat tire, we had a lot of time to think,” said Andrew Hammond, Global Brand Manager. “Either we were going to strap a floor pump to the top tube or figure out a way to use CO2. CO2 was the clear choice because of the speed and simplicity it brings to fixing flats, but one 16g cartridge doesn’t even put a dent in a fat bike tire. We needed a way to carry more. That’s when Keegan came up with the idea for the Fat Bike Bandolier.”

The Fat Bike Bandolier will come in two color ways, Attack Black and Enduro Urban Camo, and retails for $39.99. It includes three 16g CO2 cartridges. Pre-orders have exceeded expectations. Look for it at your local retailer in early August 2015; approximately the same time you would finally be done hand-pumping that tube. 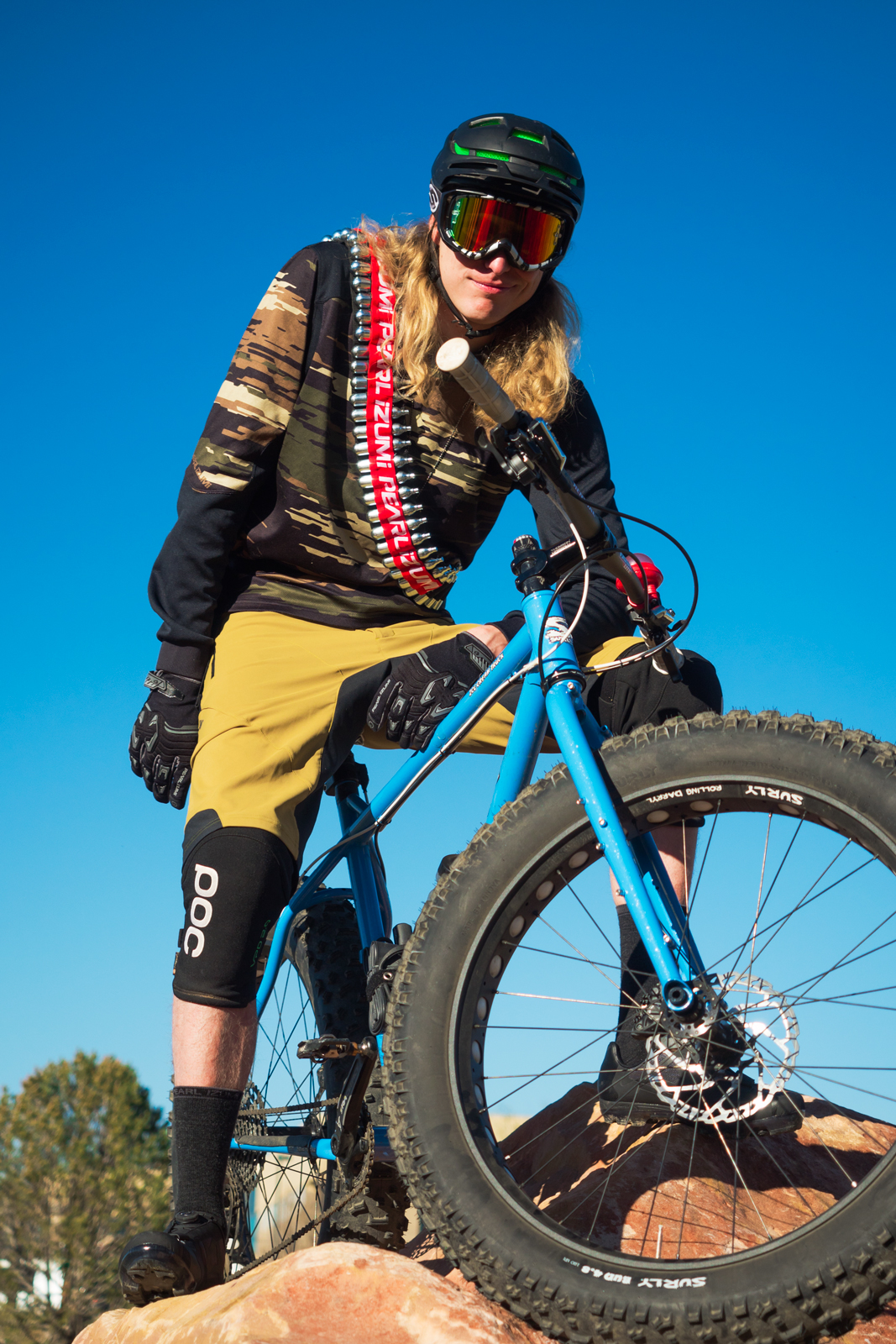 For over 60 years, Pearl Izumi has been evolving and revolutionizing the design and manufacture of performance apparel and footwear for athletes who depend on uncompromising gear. Pearl Izumi products empower runners, riders and triathletes to be faster, more comfortable and to perform better 365 days of the year. In 2014, Pearl Izumi rooted its new world headquarters in the Colorado Front Range where it embraces strong influence, both culturally and structurally, from its Japanese heritage.

Gear
This Gift for Mountain Bikers Will Knock Their Socks Off
Gear
How Fat is Your Seat Tube?
Gear
Why are Good Rain Jackets so Expensive? We had to...
Gear
Our Favorite Mountain Bikes of 2022, And All the Rest...
Subscribe
Login
Please login to comment
2 Comments
Most Voted
Newest Oldest
Inline Feedbacks
View all comments

I need to get one of these ASAP!