Scott’s inaugural entry into the fat bike market, the Big Ed, was launched last year. But we hadn’t had a chance to ride it–until now. 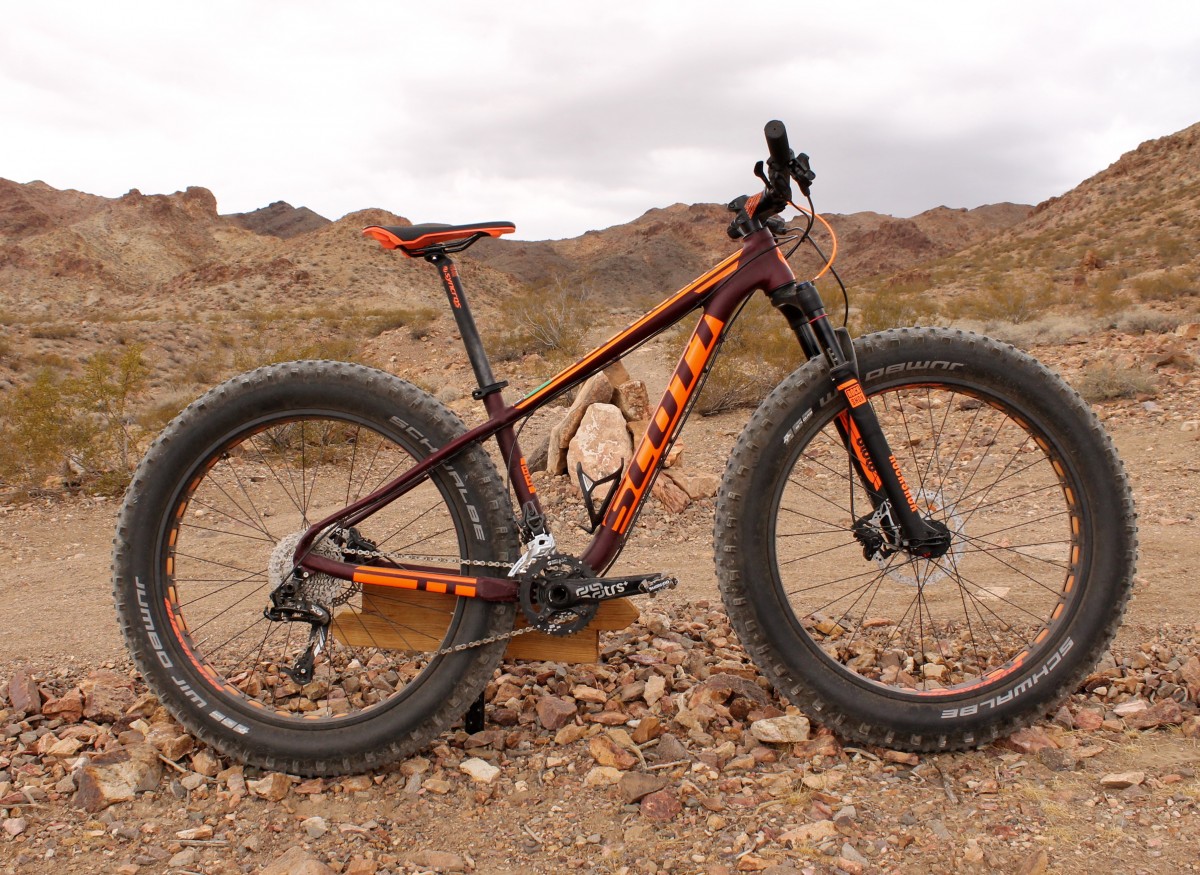 The Big Ed features an aluminum frame, 4.8″ tires, and comes kitted out to excel on the trail and in the snow. Ed wears the RockShox Bluto fork up front with 100mm of travel (with remote lockout), a SRAM X9/X7 drivetrain, Shimano M506 brakes, Syncros cockpit, Syncros 80mm wheels, and Schwalbe Jumbo Jim EVO tires.

Claimed weight is a very respectable 32lbs for the $2,799 MSRP rig. 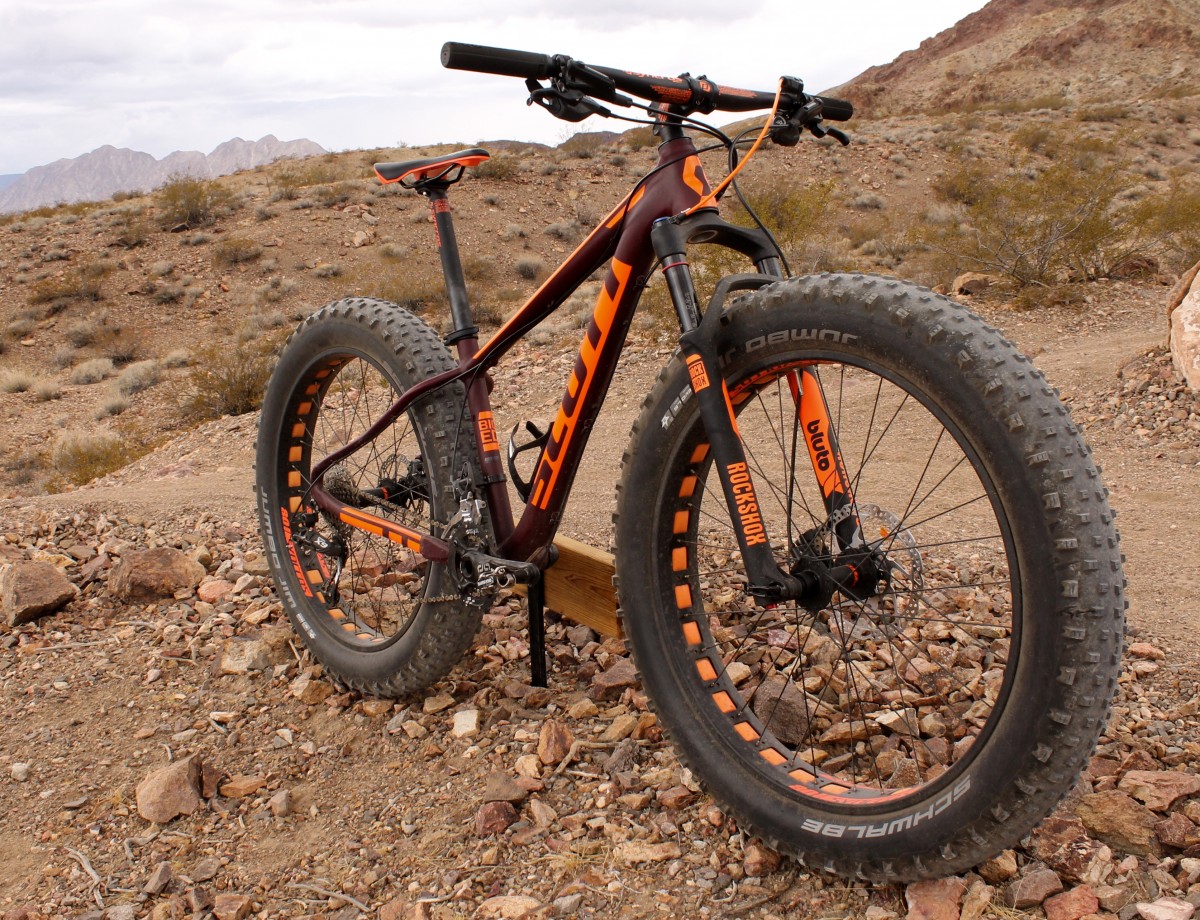 With such a reasonable weight for the size of the tire and cost of the bike, I was pleased to clip along, up the hill at a reasonable speed. Traction was superb through loose conditions, as one would assume. 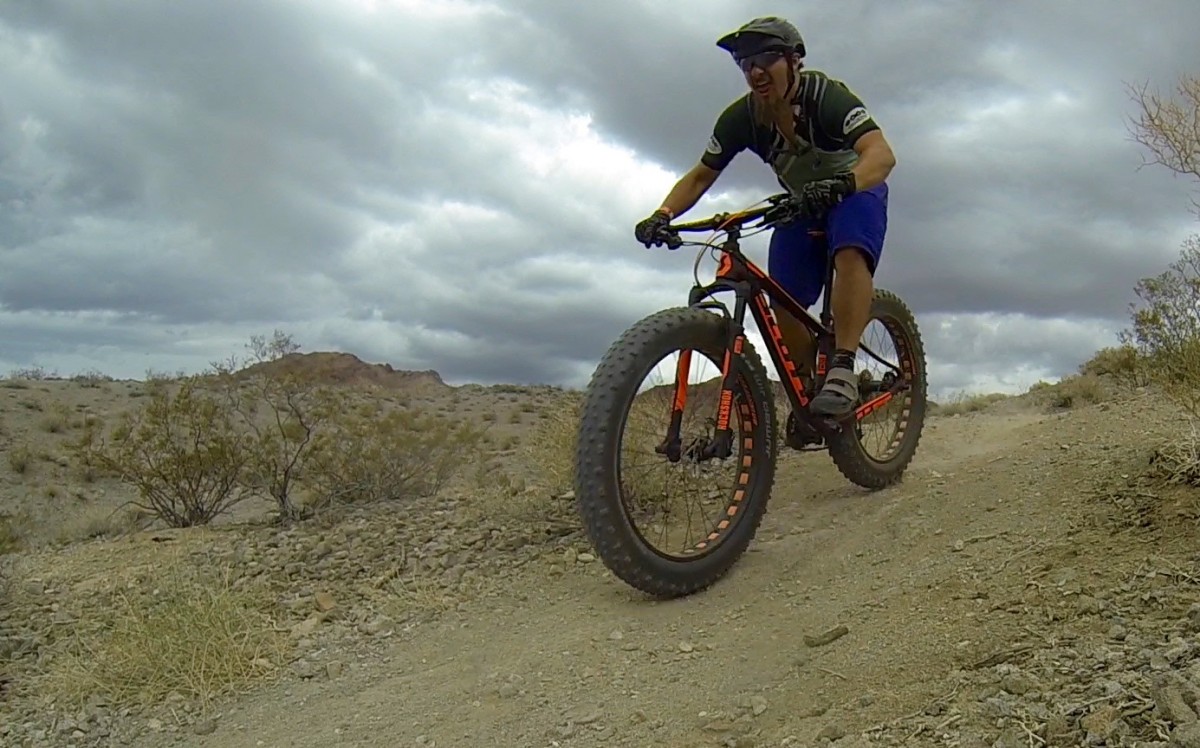 The drivetrain and brakes aren’t the highest-end products on the market, but keeping this group affordable helps keep overall bike cost down. And the reality is, components are getting so good these days that even the parts on the lower end of the spectrum perform better than the highest-end products less than a decade ago. I experienced no issues with any of the parts on the Big Ed in my short test ride. 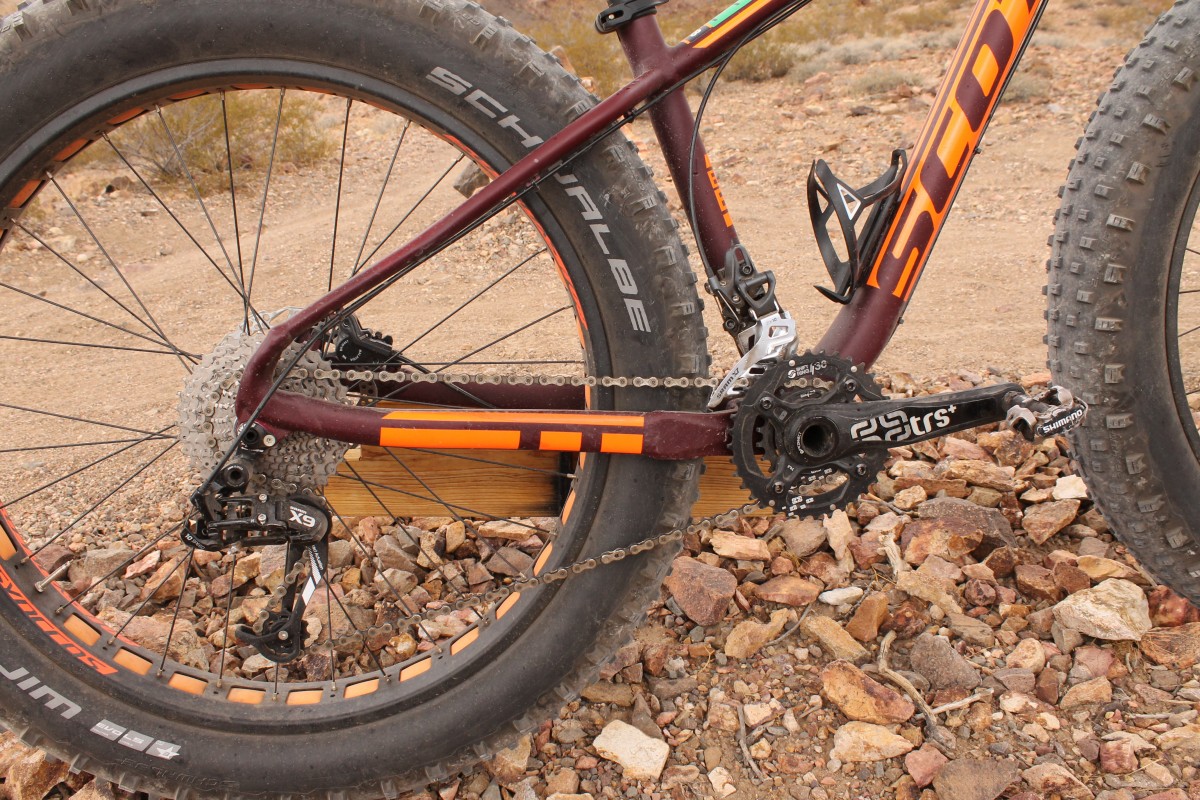 The Bluto performed great both up and down the hill. The Big Ed features a remote lockout for the fork, which was easy to reach and extremely convenient. The remote is such a great feature–I wish every fork had one! 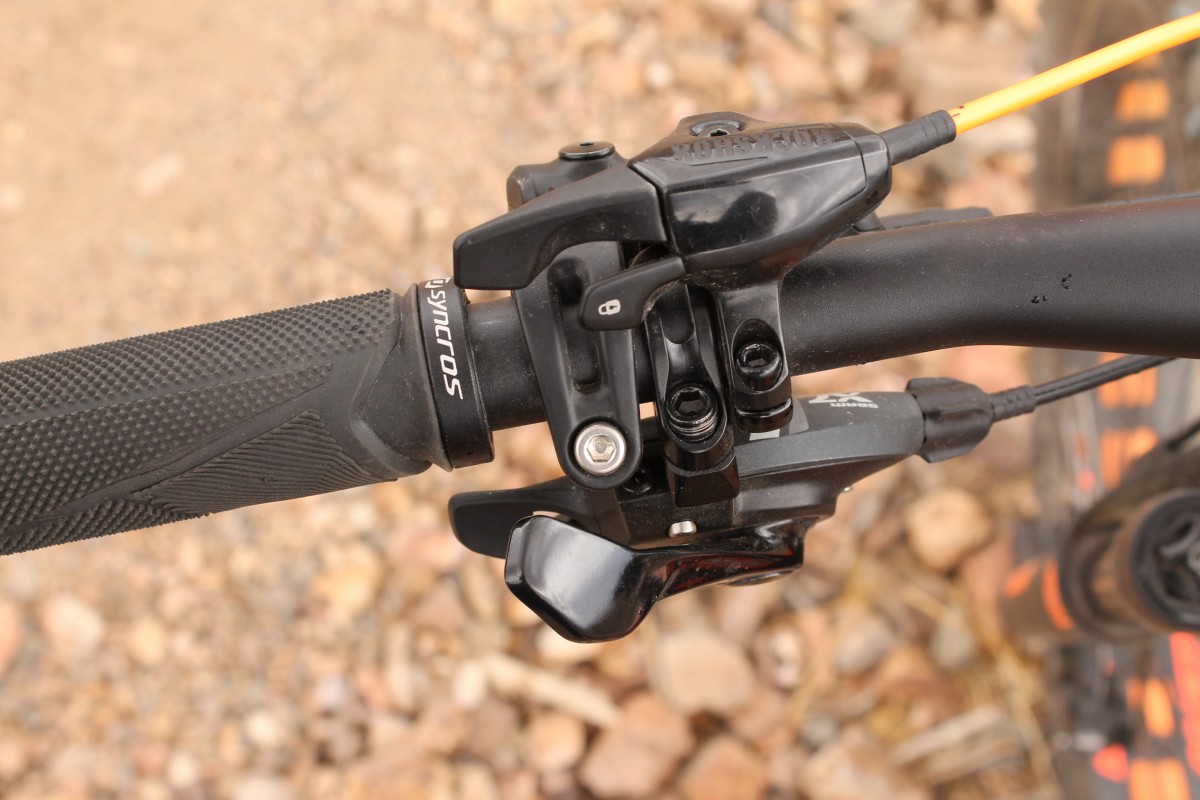 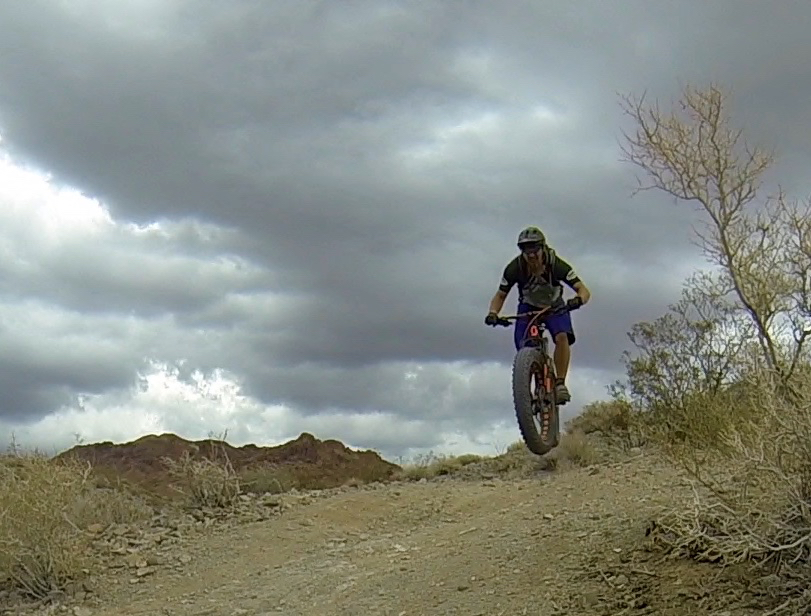 When it came time to descend, I opened the fork up and railed away. While the Big Ed is a hardtail, having it equipped with a suspension fork made it quite capable through chunky spots. The 69-degree headtube angle provided very respectable handling, and for a hardtail 5″ fat bike I had a great time descending!

I did record a calf-bang factor of 3/10, which by itself isn’t very bad. However, do note that I did size down to a small–I’d normally ride a medium, but one wasn’t available. Calf-bang factor may have been even lower in larger frame. 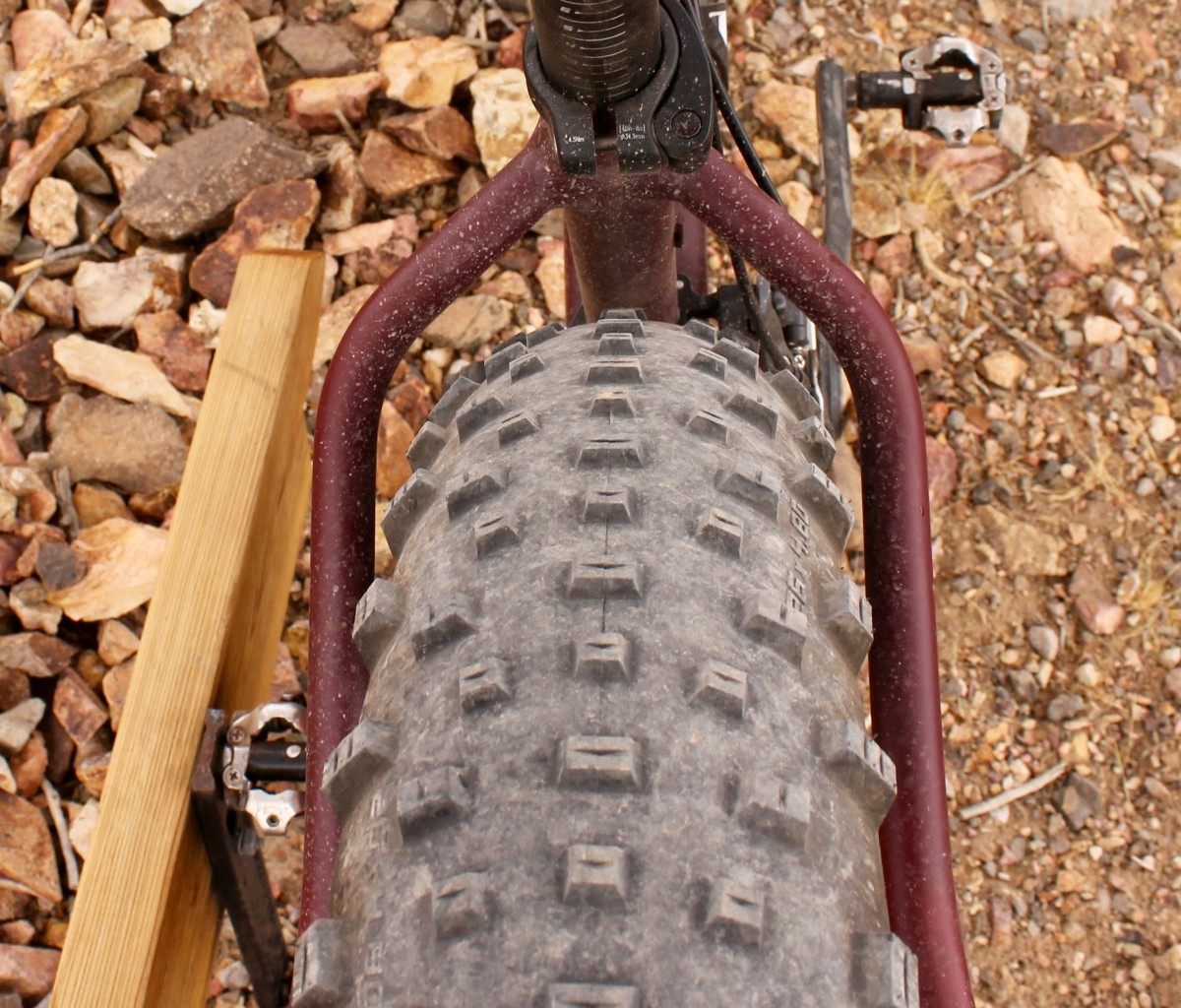 For a short taste of that descending action (and I mean short–like 4 seconds short) check out the video clip below:

Click here to learn how to win a FREE Big Ed for yourself!

Thanks for the review on Scott’s debut into the fat bike world. With a paint scheme straight out of a Virginia Tech team store, Hokies everywhere are drooling…overall, it looks to be a nice build highlighted by the Bluto upfront. It should inspire a surge in user content.