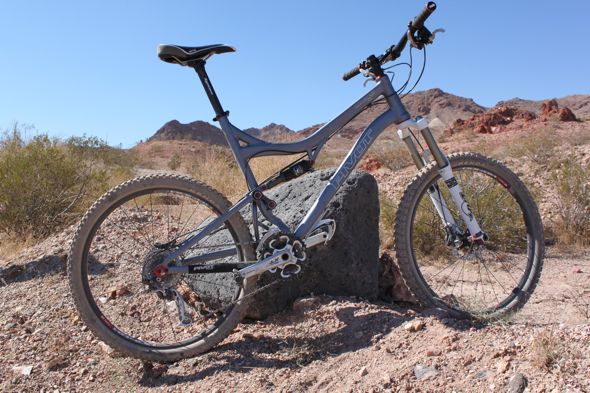 On my trip from Durango to Moab my buddy Nate rode a Pivot Mach 5 and LOVED it so I decided to see what the fuss was about. I knew from Nates bike that the Mach 5 was lightweight for a 5-inch travel bike and that it climbed well thanks to the DW-link suspension design.

After waiting on two different occasions for a Mach 5 demo bike in my size, I found out the Mach 5 was being phased out in favor of the Mach 5.7 with an extra 0.7-inches of travel and a lower bottom bracket (among other changes). So I hopped on a Mach 5.7 and hit the trail!

Full suspension mountain bikes (even XC bikes) have never been my thing for a number of reasons: theyre heavier, more complicated, less efficient for climbing, and in some ways not as responsive as hardtail bikes. But after riding the Mach 5.7 I can honestly say this is a bike I could see myself owning. 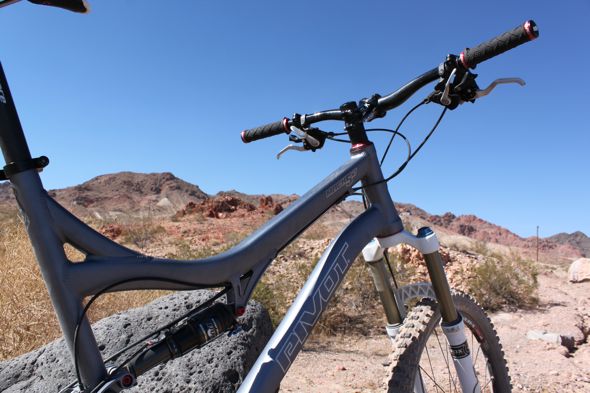 First off, just like Nates Mach 5, this bike feels light. I dont know if its the components or the frame but the Pivot Mach 5.7 is almost as light as many of the hardtails Ive ridden. I think they must be filling the frames with helium or something.

The demo loop at Interbike starts off with a fire road climb and the Mach 5.7 climbed as well or better than any of the other FS bikes Ive ridden over the past 3 years. Thats saying a lot too because remember this bike has nearly 6-inches of travel! Much of that efficiency is thanks to the DW-link suspension, which is really hard to beat.

Thanks to the expert mechanics at Pivot, the Mach 5.7 I demoed was completely dialed to a tee. Flowy ups and downs were pure bliss as the suspension shifted nearly instantaneously. Descending over rocks and drops was a cinch and even over fast, washboard sections the bike reacted quickly and precisely. 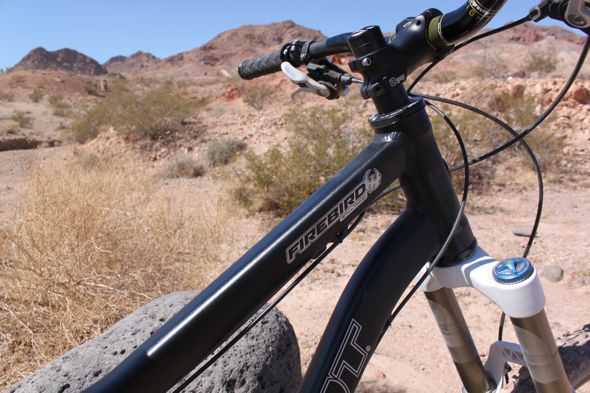 While I was waiting to demo the Mach 5.7 I also got a chance to take out the Pivot Firebird, a freeride-style bike with a bit more travel. The Firebird was a great ride, though admittedly Im probably not the best person to put this bike through its paces. Its a beautiful bike though and wasnt terribly painful on the climbs. 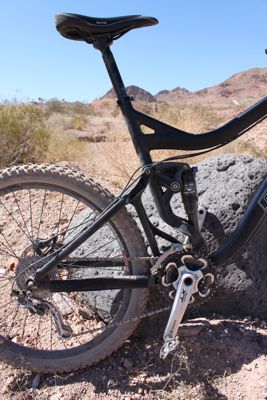 Based on the lines at Outdoor Demo and my experience with the Mach 5.7 I gotta say Pivot is onto something here. Its hard to argue with more travel, especially when the bike still climbs and rides like a sleek cross-country machine. And despite the fact this bike isnt a 29er, I might just have to pick one of these up for myself. 🙂