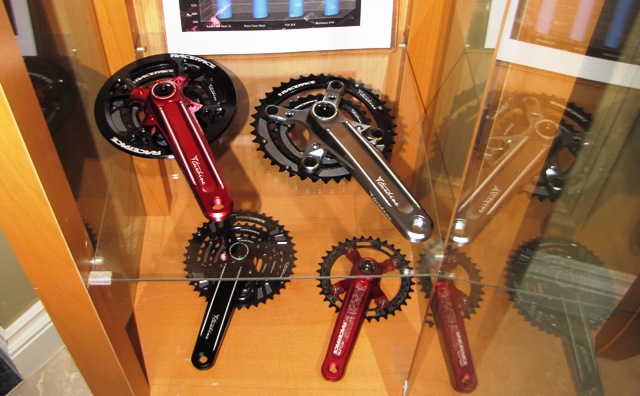 If you were to walk around Interbike last month you might have wondered where the RaceFace booth was set up. Six floors above the noisy convention center inside the Venetian hotel, RaceFace set up a swanky suite to show off their latest gear to a mostly invitation-only crowd. Fortunately trek7k and I were on the list and we got a chance to sit down with John Pentecost to chat about the 2011 line.

We started off talking about the newest and most anticipated items, the Next SL and SixC cranks. Both of these cranks are made of carbon using a process that’s super cool and super secret. Suffice it to say it’s manufactured using aviation-grade technology. The Next SL cranks weigh in at a feather-light 675 grams, lighter than top-of-the-line SRAM and Shimano cranks. 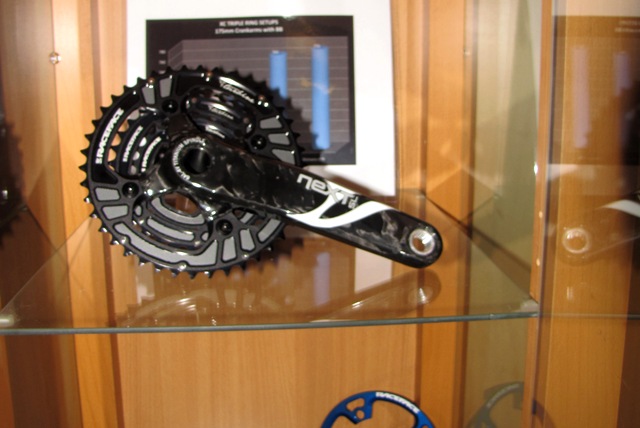 The 2011 Deus and Next cranks feature some impressive features like newly redesigned chainrings called Turbine rings. Two years of engineering and testing went into the all new Turbine rings which have unparalleled performance. As with the previous Team and Race rings, the Turbine rings are made in Canada from 7075 aluminum so they’re built to last. 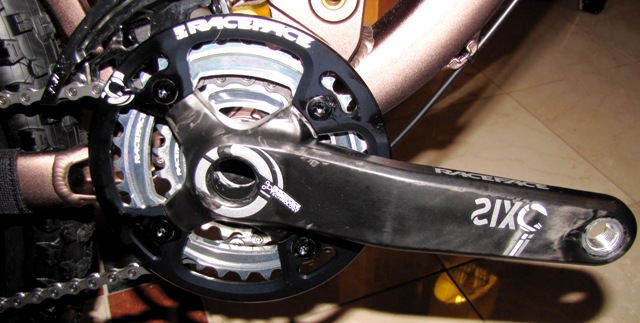 What really piqued my interest was the SixC cranks (the “C” is silent), manufactured at the RaceFace British Columbia (Canada) facility. The crankset is completely hollow and the composite arms have no internal aluminum spine. Taking a look at the cutaway confirmed that claim, though the actual manufacturing process is a closely guarded secret (as it should be). With 3mm of chainline adjustability, this ensures the ability to achieve perfect drivetrain alignment even with difficult suspension frame designs and it’s ideal for fine-tuning shifting chainguide set-ups.

The pedal and spindle inserts on the SixC cranks are co-molded and mechanically locked into place to guarantee that they’ll never loosen or creak. The SixC can be purchased in either a triple ring set-up or double ring with a lightweight 7075 alloy bashguard. All-alloy Torx 30 hardware keeps weight down and looks sweet. 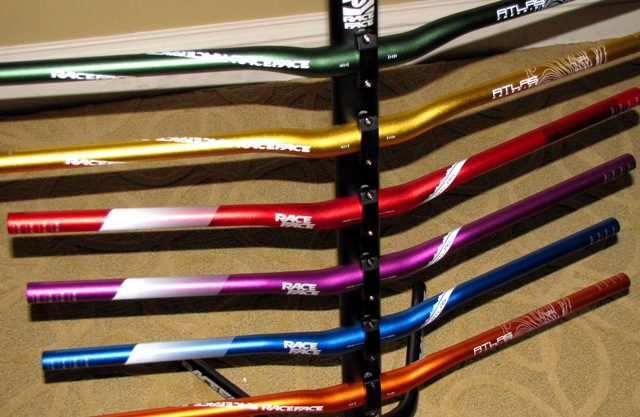 For 2011, RaceFace is all about color. Like the Atlas line, the Deus handlebars also come in several color choices, just in case you were planning on blinging out your ride. The 680mm wide Deus bar comes with a 3/4″ inch rise while the 785mm AtlasFR bar features a 1/2″ inch rise. But if color isn’t your thing, you can always go for the stealth look. 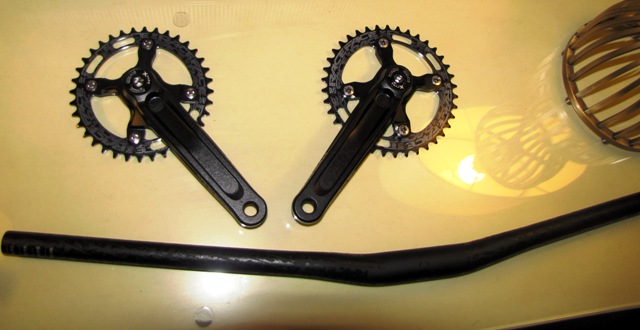 That’s right, RaceFace had stealth looking bars stems and matching cranks on display at the show. This stuff looked really cool but was hard to shoot with the cameras (I guess the stealth really works). Of course RaceFace isn’t limited to what we were able to photograph here. Rest assured that the product line-up is huge with a multitude of bars, stems, cranks, seatposts, rings, and headsets. And don’t forget they also have a huge clothing and protection line designed with feedback from great riders like Brett Tippie and Wade Simmons. 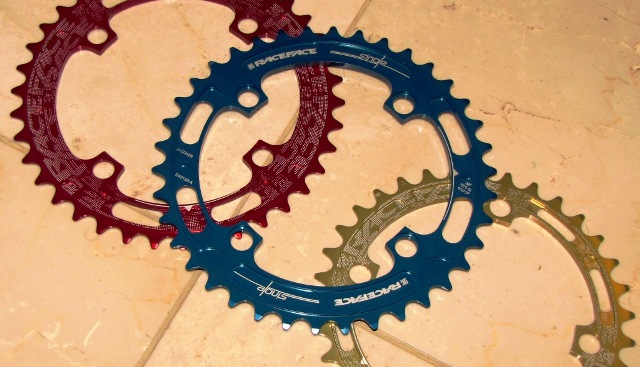 Now you gotta check out the RaceFace website to see all the cool gear and threads. I’ve been a believer in RaceFace products since as long as I owned a MTB – I had one of the original turbine cranks from way back – so I know the new stuff is going to be dialed on the trail. Put on your RaceFace for 2011!

Nice, good stuff!
I have ended up with some Race Face complonents over the last couple years and am very pleased with their performance. While stuck in a camground with the Tomac in way too many peices I had to call Race Face for some help on installing a BB set- caught the guy just as he was leaving work and he graciously stayed past quitting time and helped walk me through the process- Im sold with the components and the company- Kuddo’s!

I have used RaceFace products since their beginnings. I had up until I sold the bike one of their very first cranksets. Still perfectly fine when I sold it. Even the finish was good.