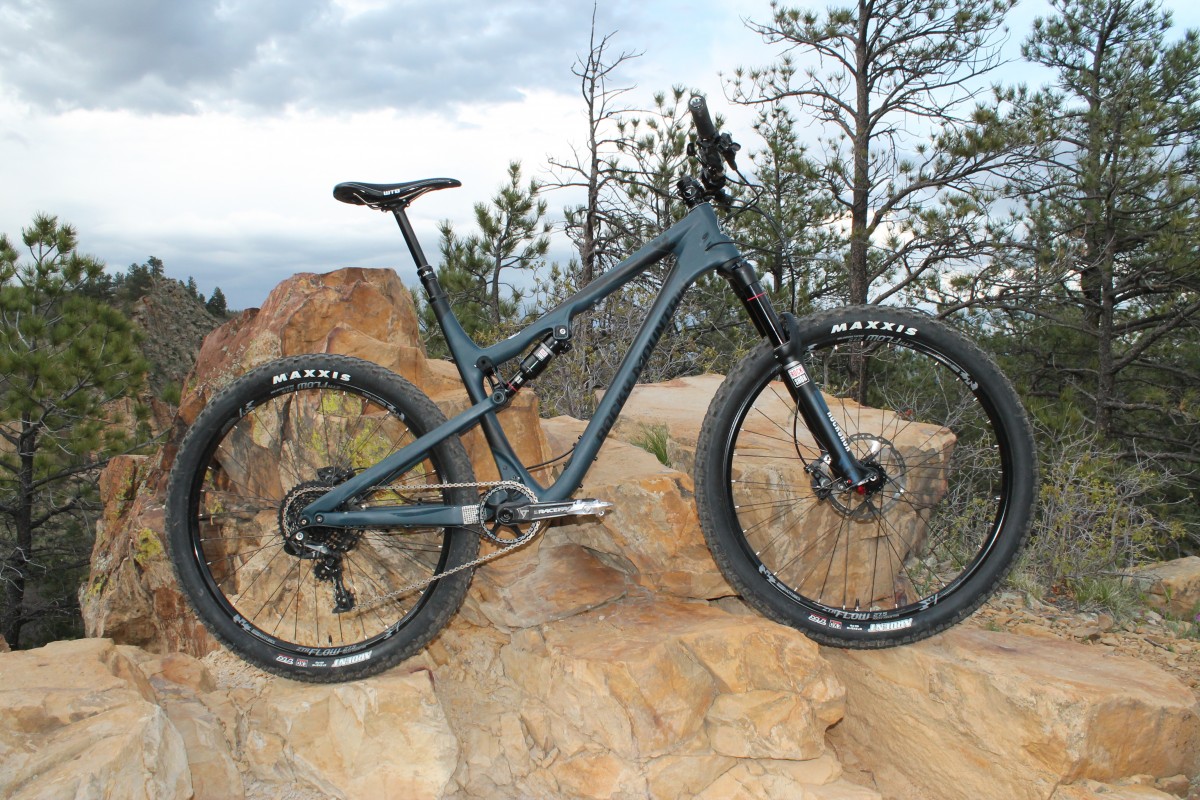 It has always seemed to me that Rocky Mountain bikes “cheat up” on the gnar scale.  That is to say that a Rocky Mountain cross country bike can be thrown around like a hardcore trail bike and their trail bike can be pushed more like an enduro/all mountain bike… and they generally do this without losing sight of being competitive in their core category.

I first encountered this phenomenon when I purchased a Rocky Mountain Oxygen Race hardtail in 2000.  It was certainly worthy of lining up at my local race series, but I enjoyed throwing it around on more technical trails even more–despite it being an aluminum hardtail with an 80mm fork.  I have ridden many Rockys through the years since then (and I still own that old hardtail and enjoy riding it regularly), and I have had that impression with every one I’ve thrown a leg over, including last year’s Instinct 999 MSL I reviewed, which exceeded expectations in every way. It’s like they sneak a little of their North Shore DNA into all their products. 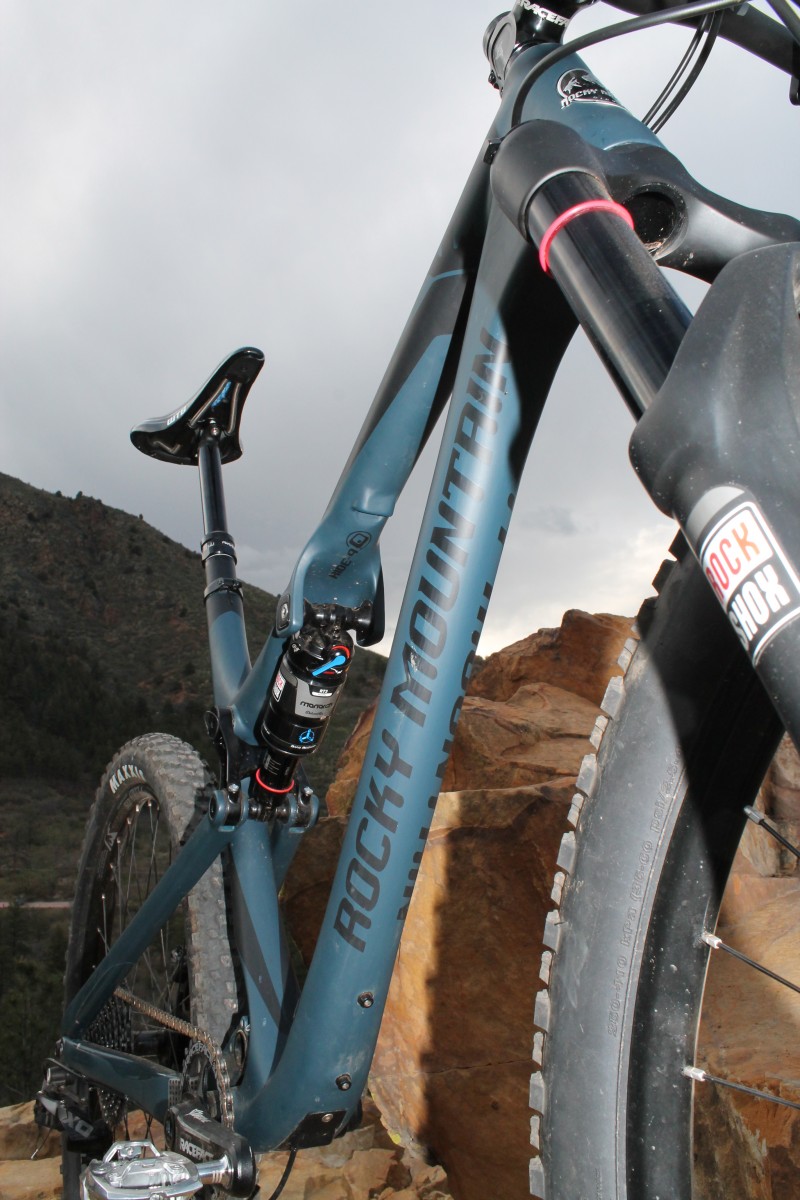 When I reviewed the Instinct last year, I was particularly impressed with how well the frame “cheated up” on the gnar scale, even for a Rocky. It did this to the point I found the parts kit, which was perfectly selected to minimize weight without sacrificing durability, didn’t fully exploit what the frame was capable of on the gnar side. I noted that, for my favored style of riding, which is more technical/enduro and less cross country focused, I would have loved the exact same frame with some heftier parts like wider bars, wider rims, fatter tires and maybe a beefier fork.

Enter the BC Edition.

It seems the folks at Rocky like to ride like I do (well, probably somewhat better to be honest, but I’m talking about attitude here) and for a couple of their lines, namely the Instinct 29er trail bikes and the Thunderbolts, they make a “BC Edition,” which allows them and us to indulge those tendencies without forsaking the core mission of the bike. The changes in components include everything I mentioned above. 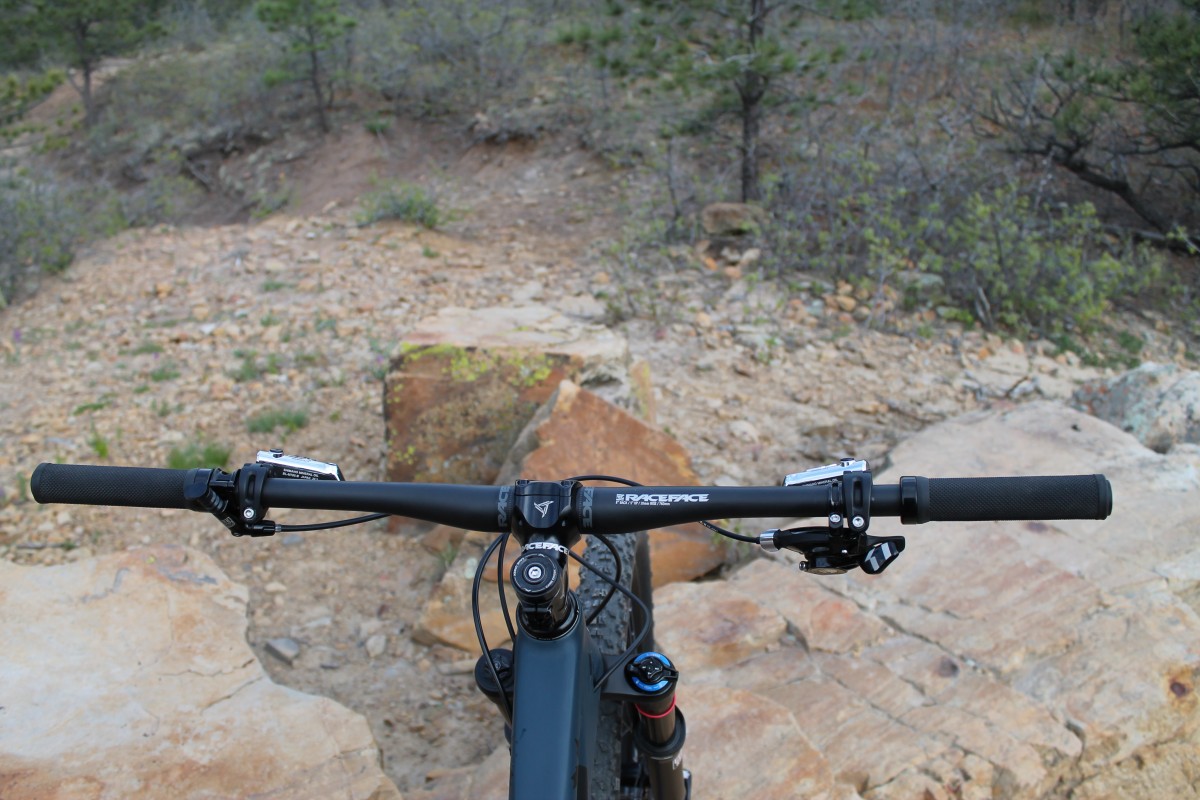 Rocky’s Thunderbolt line is their rendition of the 27.5 trail bike platform. With a mid-range travel of 120mm and mid-size wheels, this is the sort of everyman’s line not aimed at hardcore cross country racers of total enduro freaks, but rather everyone in between. The Thunderbolt line ranges from the $1,999 alloy Thunderbolt 710 to the fully blinged out $10,999 carbon Thunderbolt 799 MSL, with four intermediate steps in between. The Thunderbolt BC edition sits off to the side in its own category as neither the lightest nor the heaviest, but ready for the most aggressive riders, at an MSRP of $6,699. 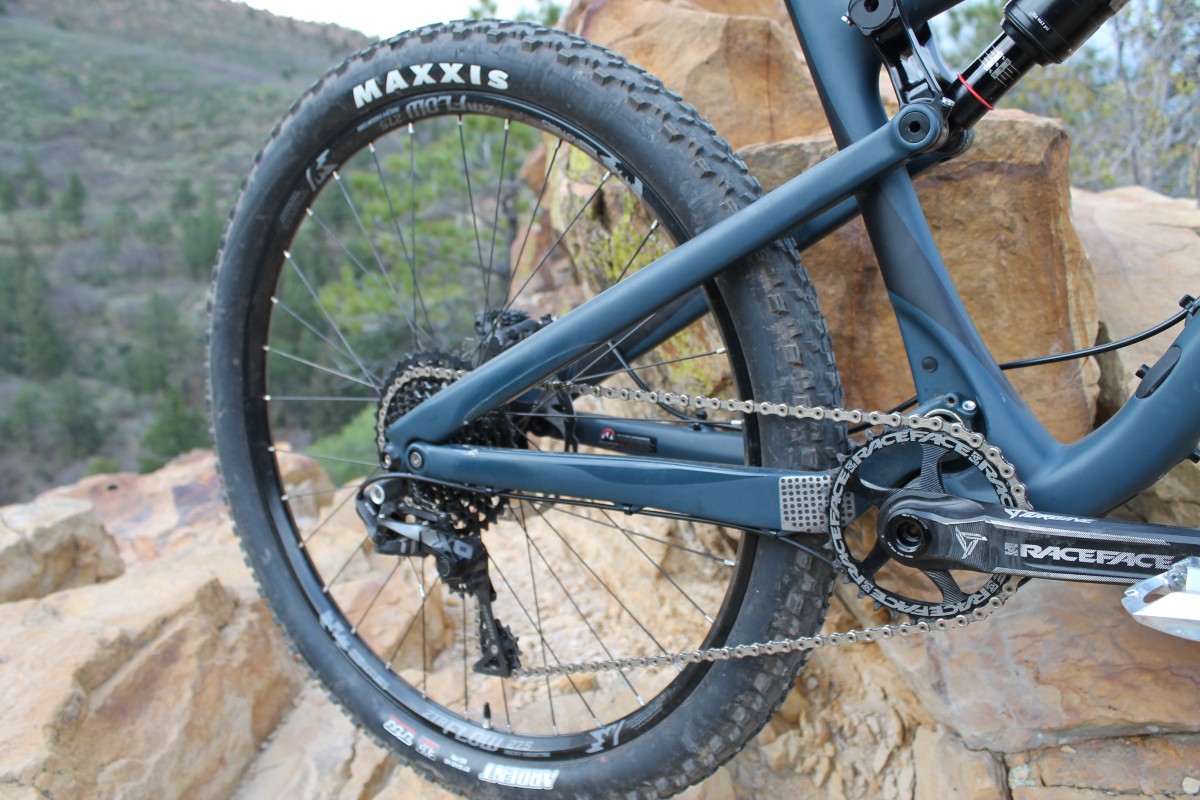 The Instinct 999 is made with Rocky Mountain’s patented Smoothwall carbon, which Rocky claims allows them to manufacture a frame with the best stiffness-to-weight ratio on the market. The Instinct also features Rocky’s proprietary Smoothlink suspension, a true four-bar system which, unlike the Horst Link, places its chainstay pivot above rather than below the axle, which Rocky claims keeps the bike active across a wider range of gear ratios and enhances bump absorption without affecting pedaling efficiency. I had found both these claims to be justified on the Instinct, so at this point, I fully expected to find the same on the Thunderbolt BC Edition.

For those who aren’t yet familiar with Rocky’s Ride 9 system, think of it as a 3×3 grid yielding nine possible configurations. The back-to-front axis on the grid changes the geometry from steeper to slacker. The top-to-bottom axis provides tuning for rider weight, with the uppermost position for the lightest riders and the bottom position for heavier riders. By combining the two axes, a rider can select one of nine different riding configurations to match their build, terrain, and even mood.  Rearranging the two chips to a new configuration takes about a minute and two allen wrenches, so it’s not something that can be done on the fly, but it is easy enough to change between rides or even mid-ride if the terrain suggests it. 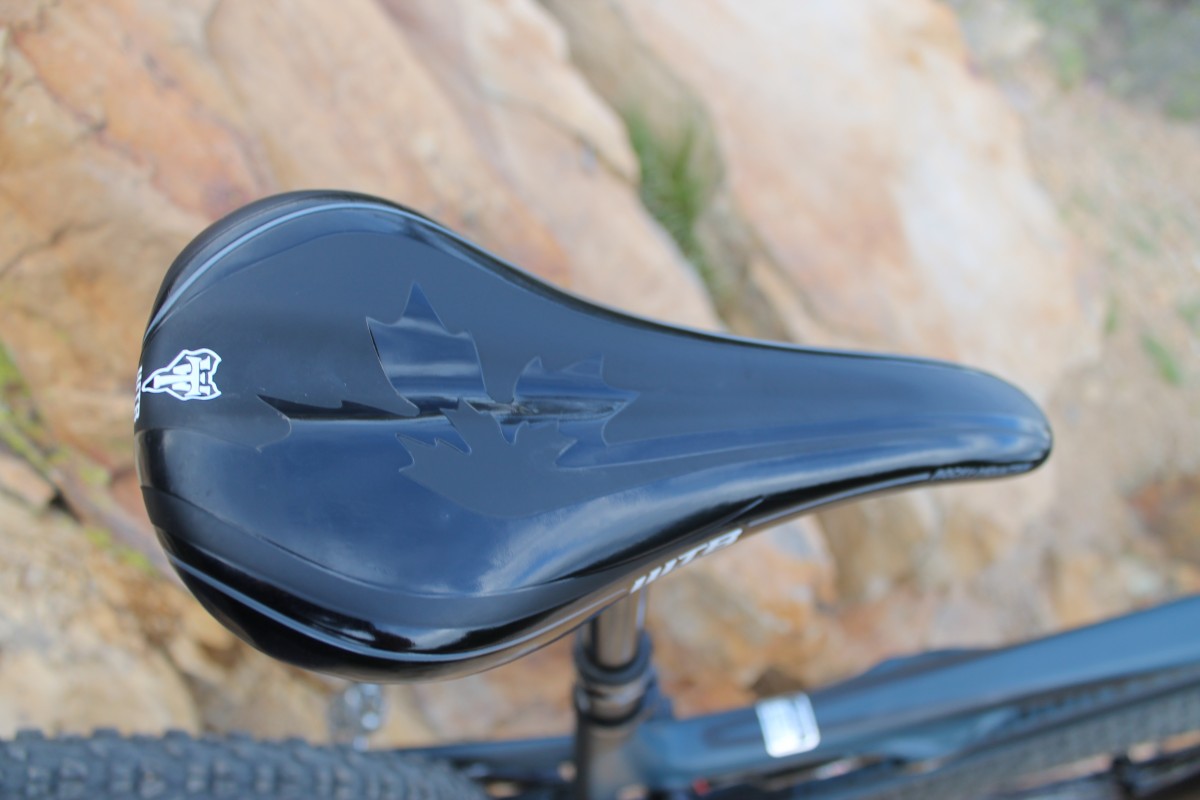 Looking at the Thunderbolt BC Edition, it’s as though Rocky was reading my mind with regard to how to build a killer trail bike and somehow picked almost exactly the parts kit I would have. Highlights include Stan’s Flow rims with big Maxxis Ardent tires, a wide Race Face Next 760mm handlebar, stout Race Face Turbine cranks driving a SRAM 1×11 drivetrain, RockShox Reverb Stealth dropper post, and Shimano XT brakes ready to bite into massive 180mm rotors. Suspension duties are handled by a 130mm RockShox Pike fork up front and a Monarch shock in the rear. The suspension is yet another way that Rocky has tailored this product for those whose who want a little more attitude in their trail bike: not only are these particular selections from RockShox a little beefier than the typical Fox counterparts mated to bikes in this category, the Pike ups the front travel from 120mm to 130mm for a little extra forgiveness. 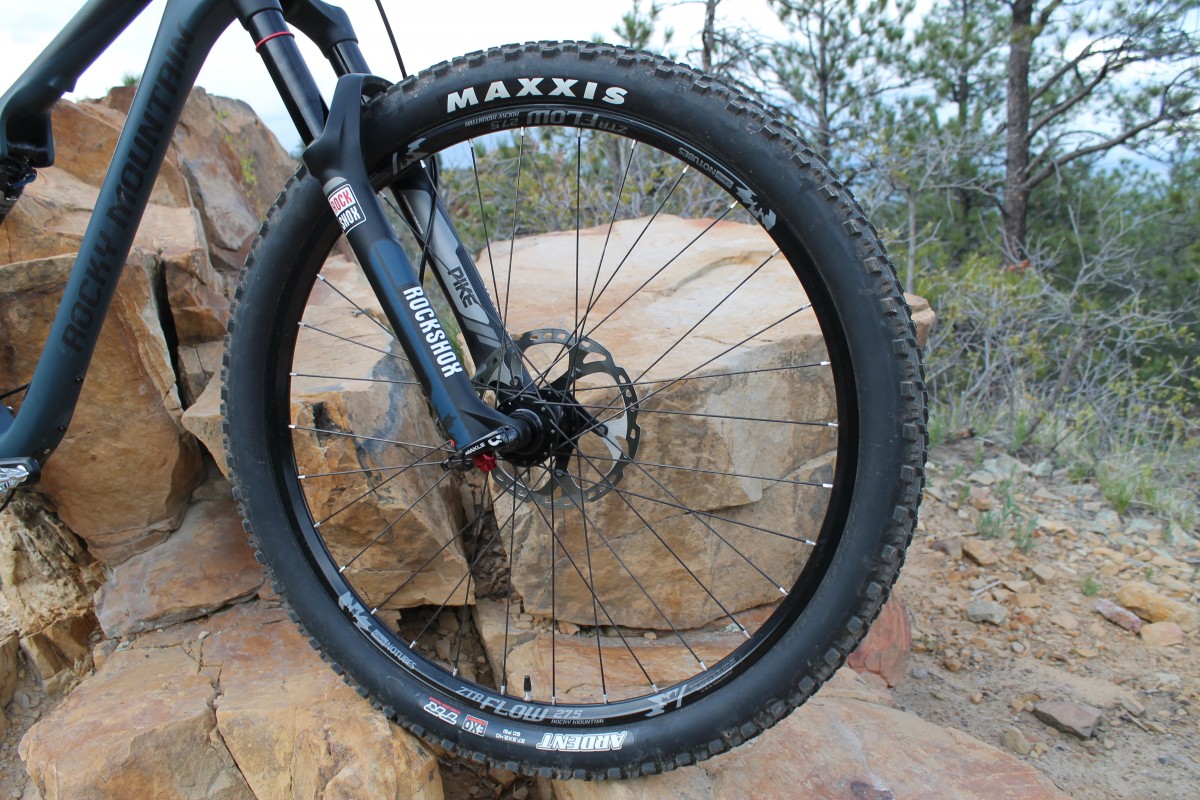 Other impressions I had before actually hitting the trail included an appreciation for both the bike’s aesthetics and its apparent sturdiness. I found the matte blue with black accents to be a perfect match for this fame. Even the fork has been personalized to match the color scheme of the overall bike. The WTB saddle has been embossed with Rocky’s ubiquitous maple leaf, further lending a bit of sweet uniqueness to the package. The entire setup was more than respectably light at 26.4 pounds (size large, without pedals), yet every bit as sturdy as I’d come to expect from Rocky.  I decided that if this thing rode anywhere as well as it looked on paper and sitting in my garage, I was in for a real treat.

To find out if it lived up to its promise, stay tuned for the “Final Review” article, coming soon. 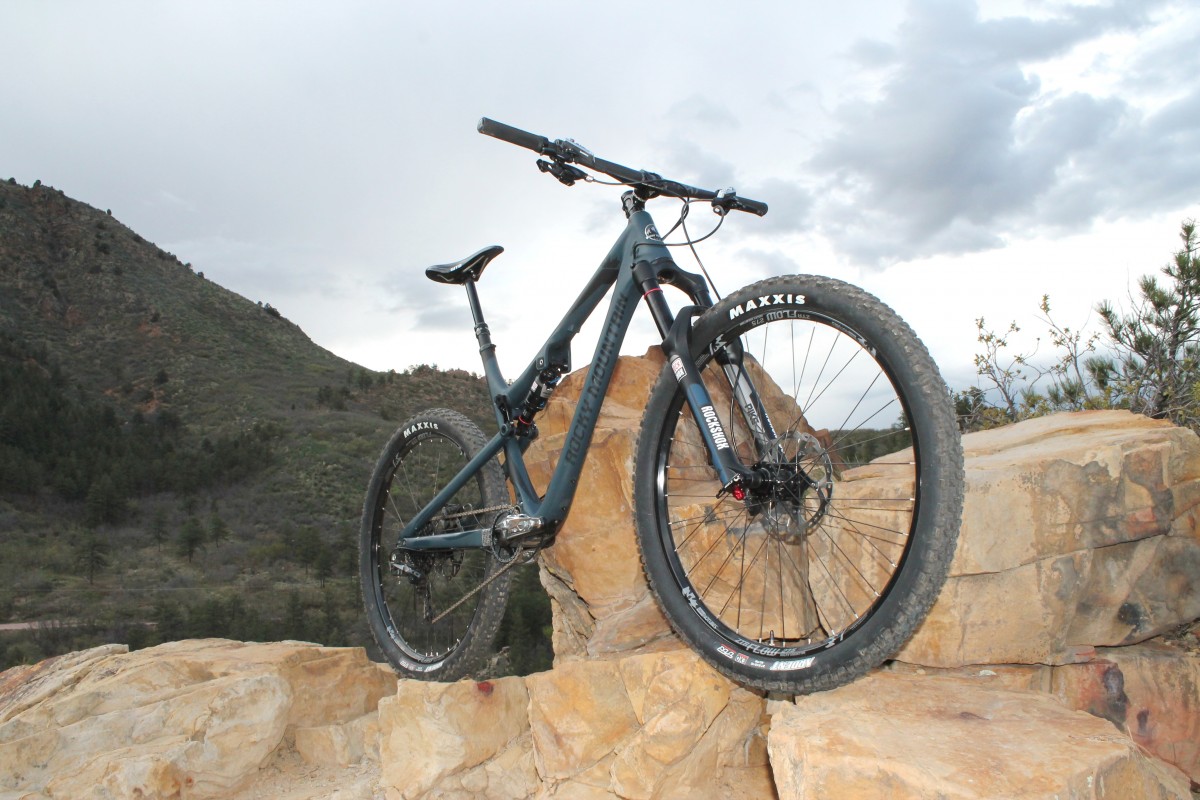