Box Components has been working on this drivetrain for years now, but it’s looking like it’s nearing production. In fact, Box says it should be available by the end of 2016. 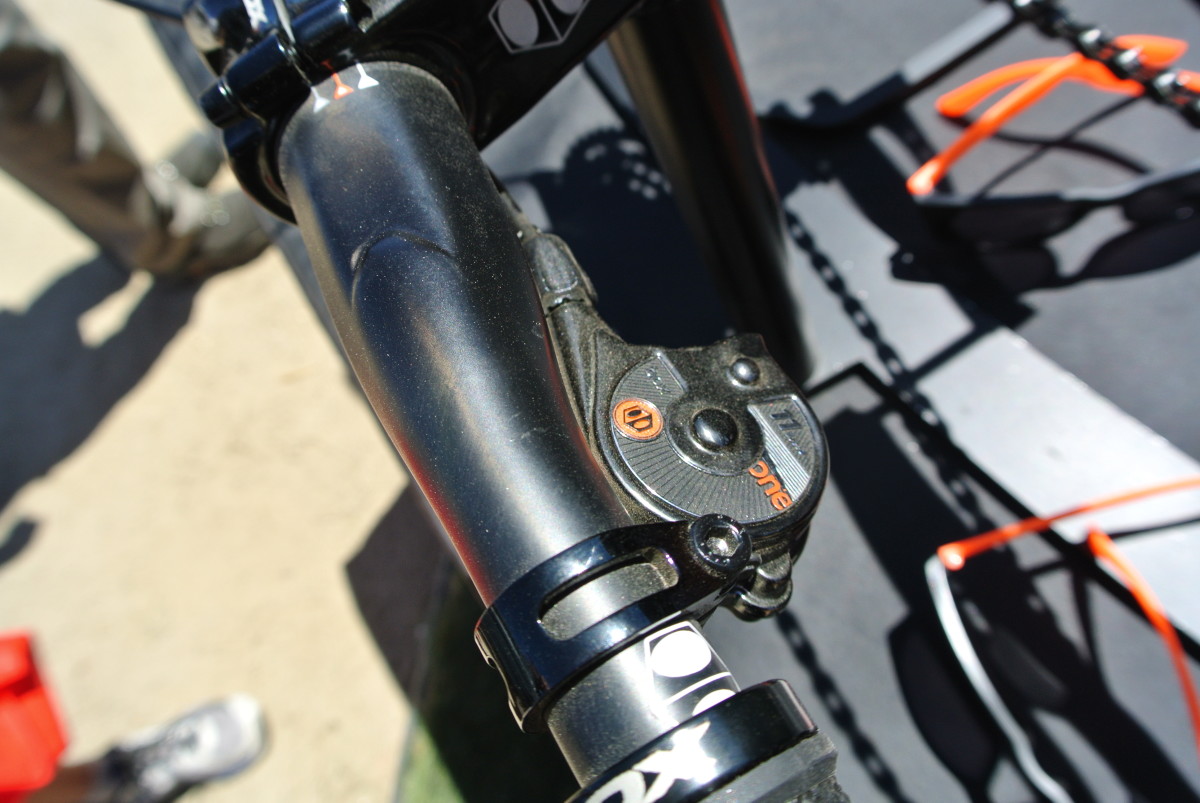 They had a demo on display at Sea Otter so folks could try out their unique Push-Push shifter. Instead of using two paddles on the shifter -à la SRAM and Shimano – Box uses a single paddle. To shift into an easier gear, it’s just like any other shifter you’ve used. But, to shift into a harder gear, you actually push the lever inward, towards the stem, using the tip of your thumb. While that may sound confusing, it takes no time to get used to. After a few times up and down the cassette, it felt totally normal.

Of course the rear derailleur uses a clutch for chain retention, but it also has a spring-loaded cable stay which Box calls PivotTech™. The little arm that holds the cable will breakaway in the event of a crash to hopefully prevent destroying the derailleur. Box will offer two cage length options–a short cage with a 36T max, and a wide-range cage that goes up to 44T.

Retail prices are $50 for the shifter and $125 for the rear derailleur.

Your Turn: What do you think? Are you glad to see someone else entering the drivetrain arena?

Trails
The 12 Best Mountain Bike Destinations in the USA [2022]
Trails
Tennessee's Smoky Mountains are Full of Good Trails and Good...
Gear
The Continental Kryptotal Re is More Than a Trail Tire...
Gear
Are E-bikes Just Mountain Bikes With Motors? We Asked a...
Subscribe
Login
Please login to comment
4 Comments
Most Voted
Newest Oldest
Inline Feedbacks
View all comments

IMO it’s pretty cool to see a new company attempting to break into the drivetrain market. That said, I predict that they’re going to have a really hard go of it without the massive financial and infrastructure that’s backing the two other big brands.

I don’t see a lot of innovation here.

I think it’s more about having another option instead of innovation. That said, there are some unique things Box is doing.

What kind of innovation do you want to see?

Price alone can lead to innovation and better deals for US! I found changing to SRAM after always riding Shimano problematic in that I was always shifting in the wrong direction after 55 years of cycling and switched back.