After testing the new Scott Spark last year in both the plus and 29er versions, I’ve been waiting eagerly for Scott to bring their new suspension linkage to the Genius platform… and they’ve done just that! Scott has just announced the revamped Genius, which also features a flip chip to switch from 27.5″ wheels to 29″ wheels, without any other component changes. 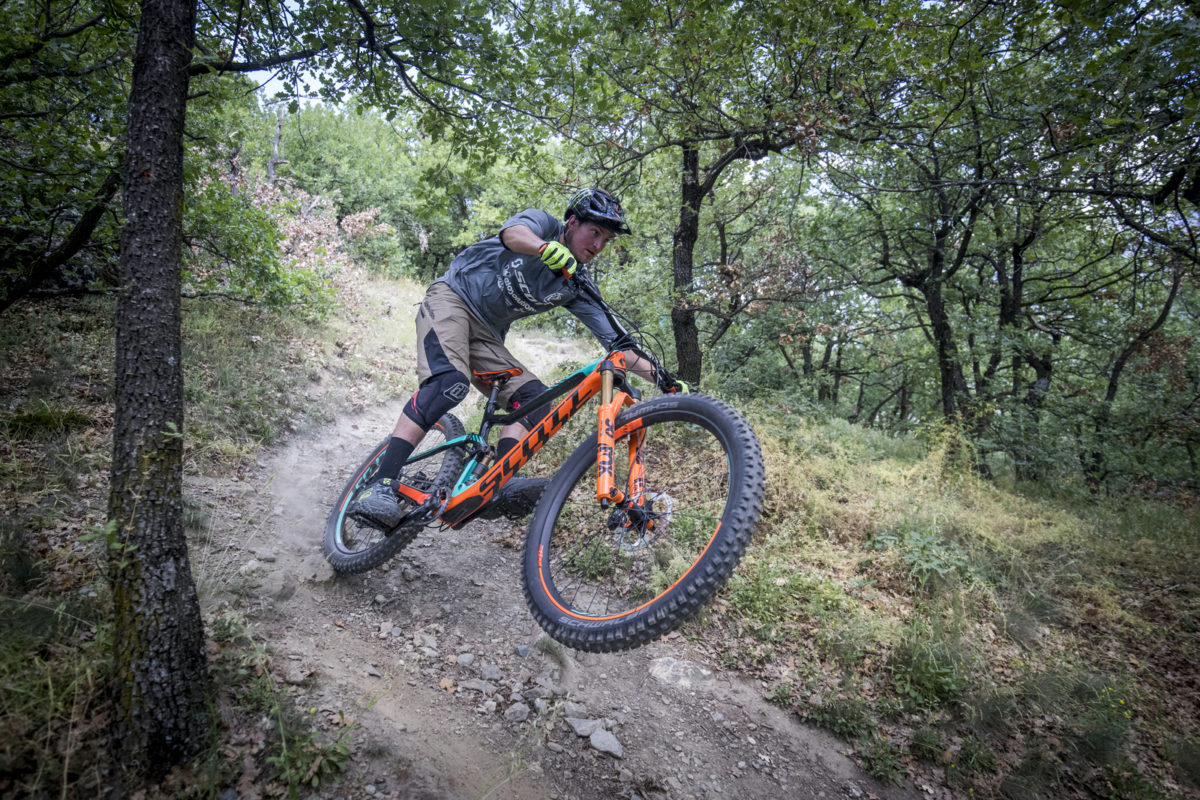 According to Scott, “the flip chip allows us to maintain a similar BB height when switching from one wheel size to the other, which is key to keeping handling similar for both wheel sizes.” With this massive range of compatibility all within one bike, you no longer need to be paralyzed by indecision: buy the Genius, pick a wheel/tire size, and if you don’t like it, just grab another wheelset!

The new Genius frameset features 150mm of rear suspension, with the frame, shock, and hardware coming in at 2,249g in the carbon model.

I’ll breeze through some of these specs quickly, as most of the changes that the Genius has seen are the same changes that were introduced on the Spark last year. For more information, be sure to watch the video above. 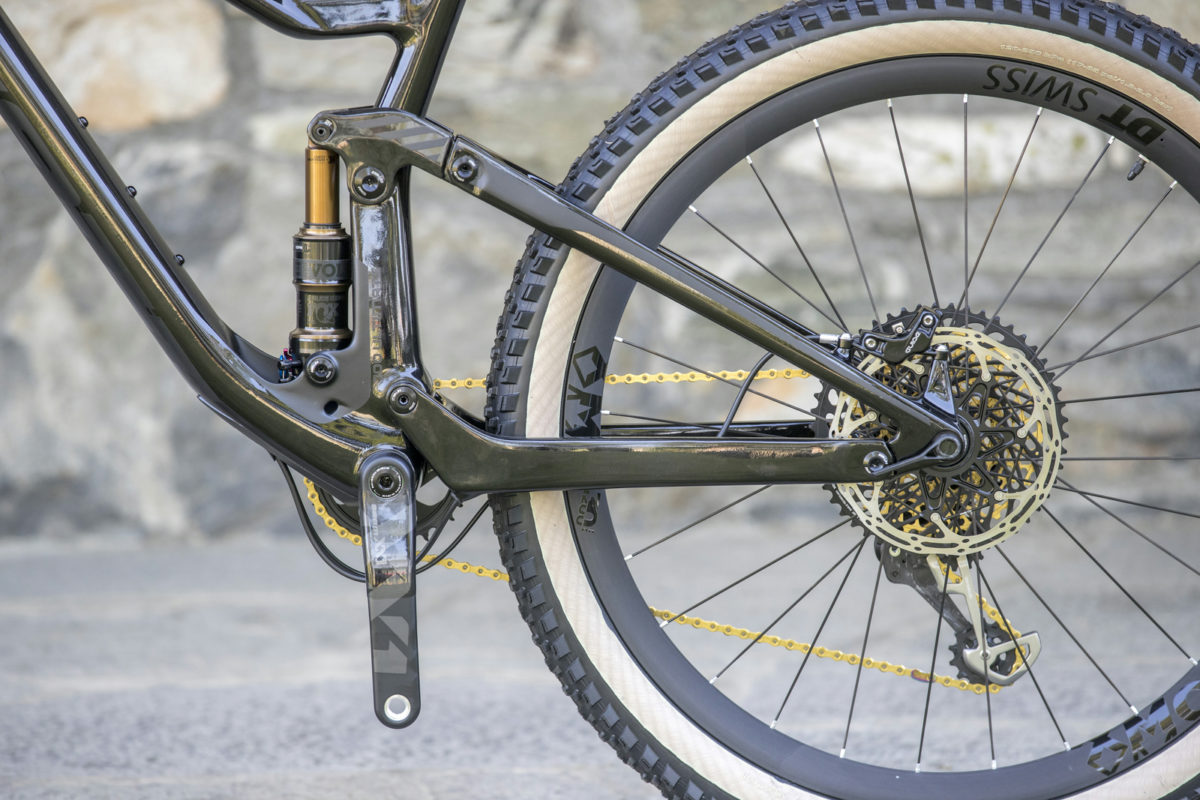 The carbon received the same improvements as the Spark, with Evo-Lap technology providing varying overlays of carbon to increase robustness in the places that need it, and reduce weight in the places where such a reduction won’t compromise frame integrity.

The Genius benefits from the new suspension linkage, featuring a trunnion mount. It retains Scott’s signature TwinLoc technology, which offers the full 150mm of travel in the open mode, 110mm in the middle mode, and then a full lockout in the third mode.

The geometry has been tweaked on the Genius as well, with a steeper seat tube angle (75.3 degrees), slacker head tube angle (65.6 degrees), and shorter chainstays (436mm). 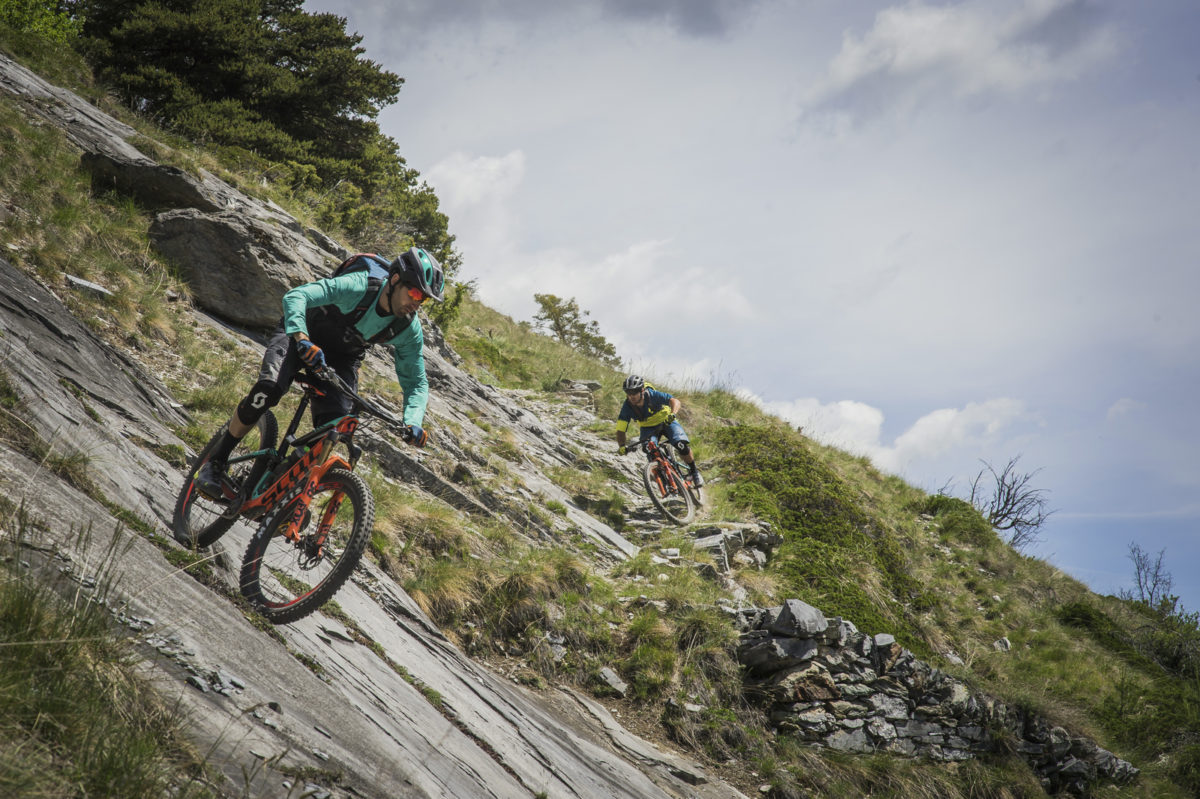 The Genius will be available in at least 7 builds, from stratospheric down to everyman. Prices haven’t yet been released for the individual models.

Here are just two of the highlights: 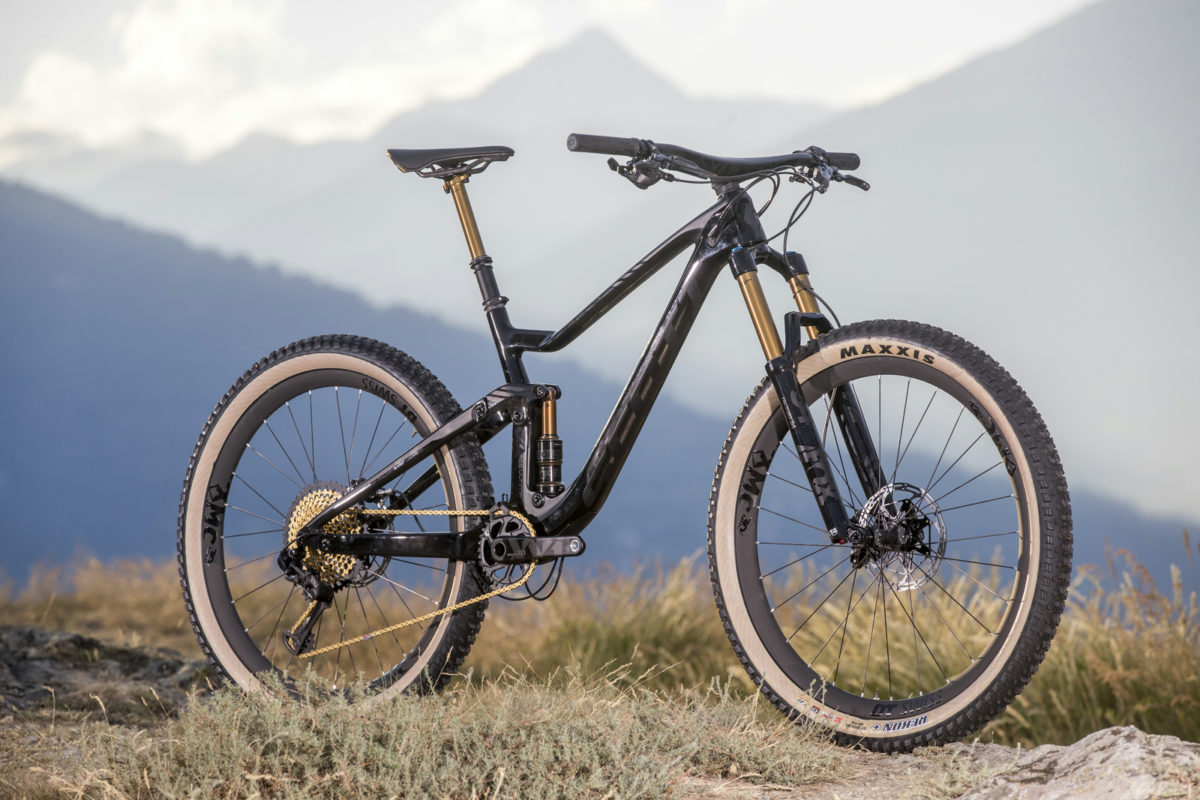 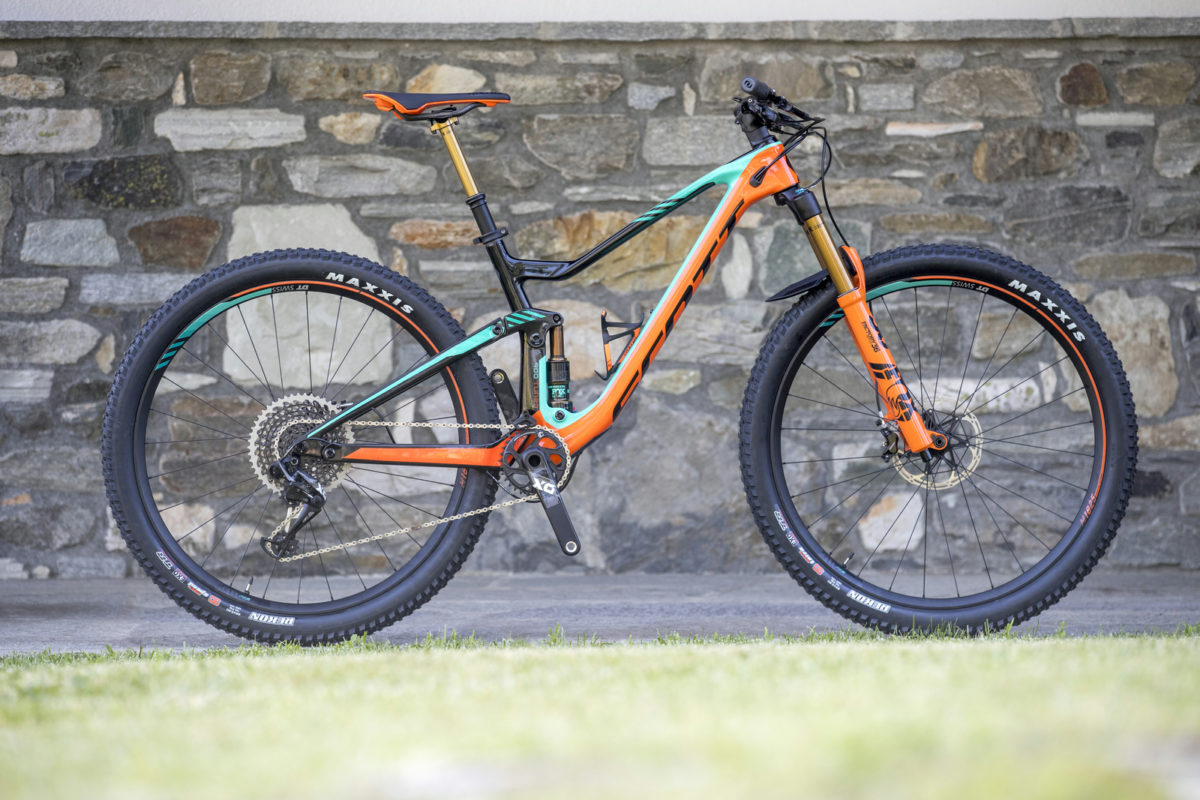 The Tuned model isn’t necessarily a step down from the Ultimate model but rather, a burlier build kit. The major differences from the Ultimate include a Fox 36 fork vs the 34, a SRAM X01 Eagle 12-speed drivetrain vs XX1, SRAM Guide RSC brakes, and DT Swiss M1825 Spline CL wheels.

Claimed weight on the Scott Genius 900 Tuned is 27.34lbs. The new Genius will be available September 2017.

Check out the video below to see the Genius in action: 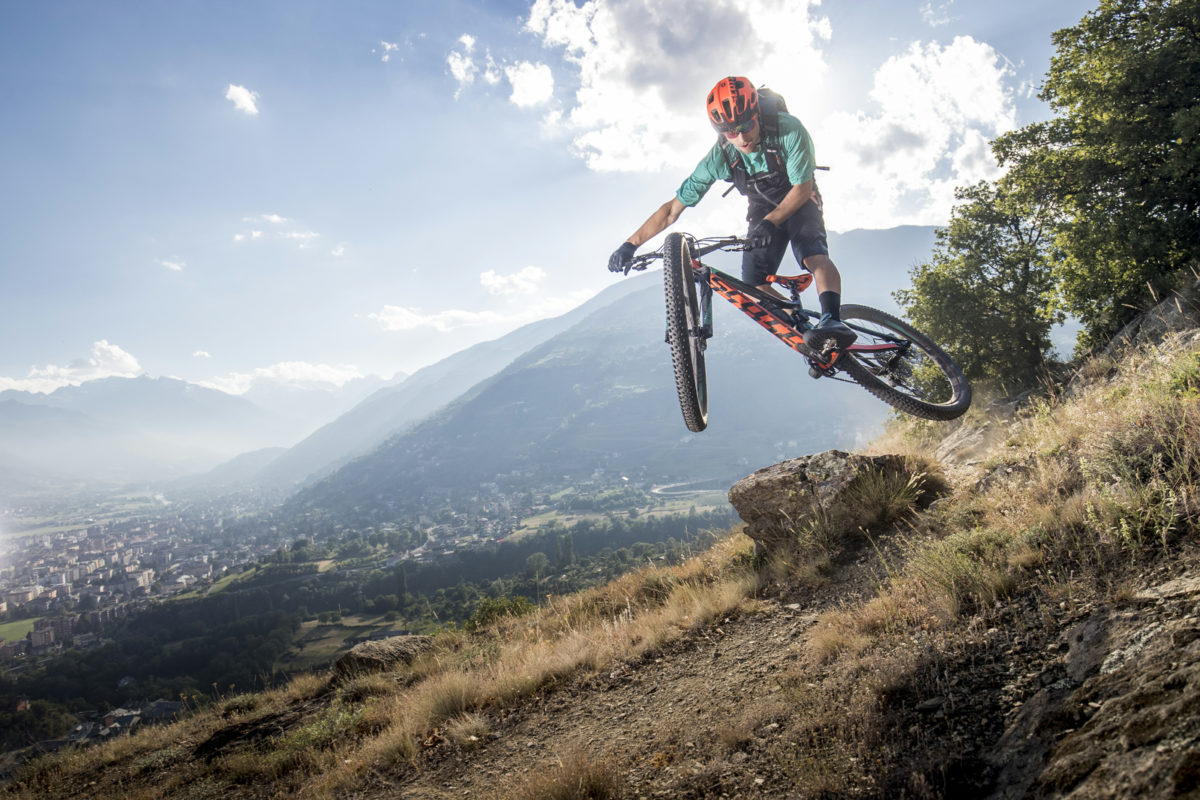 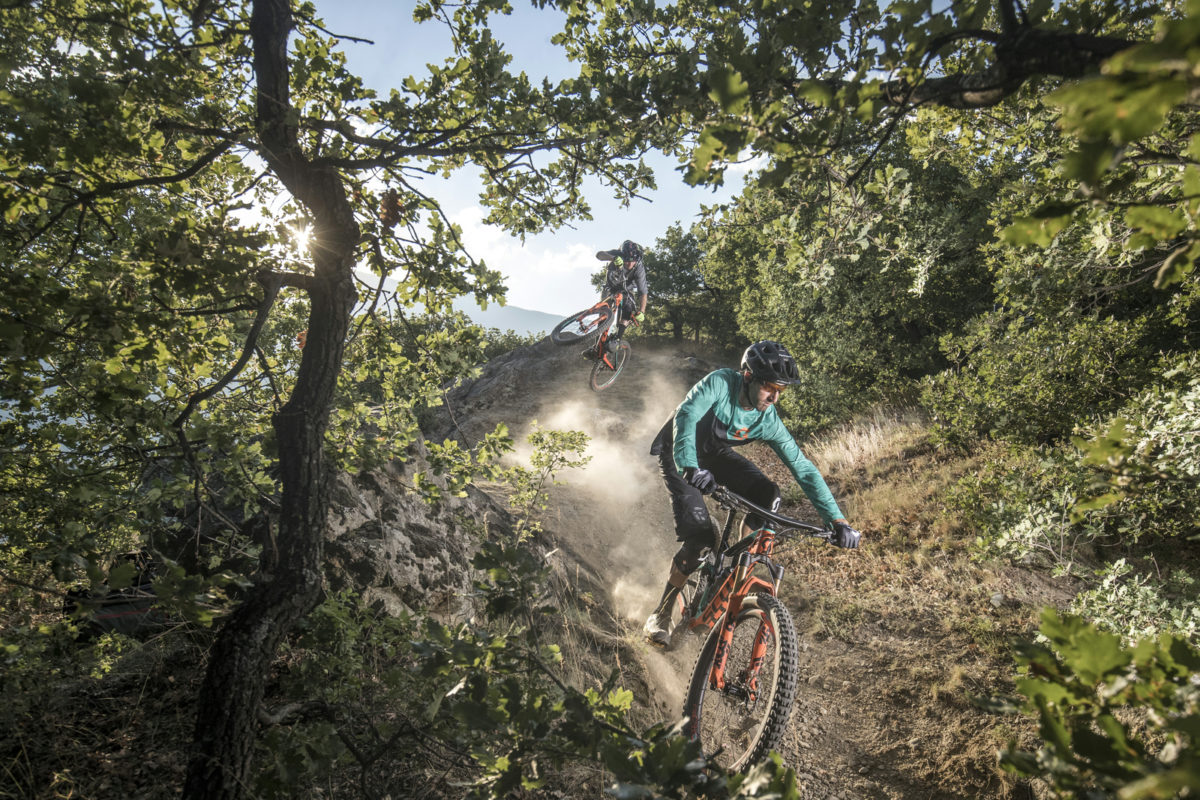 Where can we find those white walled Maxxis Rekon + ?? Not seeing it on their website 🙁