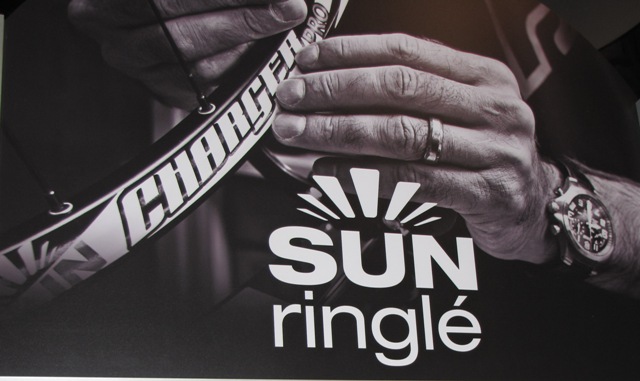 It’s always fun stopping by and chatting it up with the guys from the Hayes group because there’s so much to talk about – both bike and non-bike stuff. At Interbike last week I spoke with Richard Travis, Joel Richardson, Tom Porter and last but not least, Scott Boyd.

Starting off with Manitou we discussed the success of the Dorado Pro. Based on feedback from pro and amateur riders alike, it looks like this fork is on its way to becoming a classic. The Dorado will not see any changes for 2011 which isn’t surprising – it’s already super dialed.

The new Marvel fork from Manitou is intended to replace the Minute and it’s a redesign rather than simply a name change. With a new one-piece lower that’s designed to be a bit stiffer, the Marvel also features more clearance for high volume tires. The fork crown has been redesigned to accommodate a tapered head tube and is stiffer to make sure those stanchions remain pointing in the right direction. An Absolute+ damper cartridge and an air spring on the right fork leg round out the package. 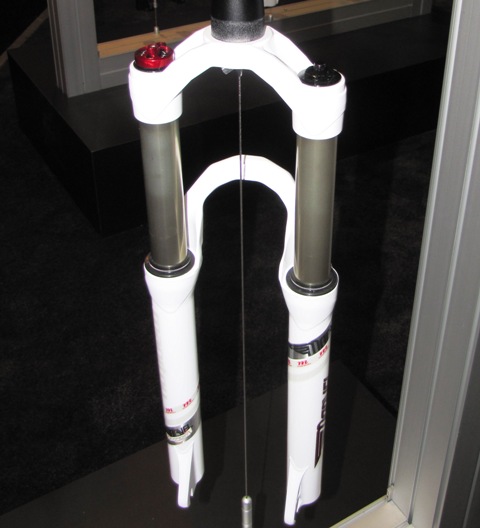 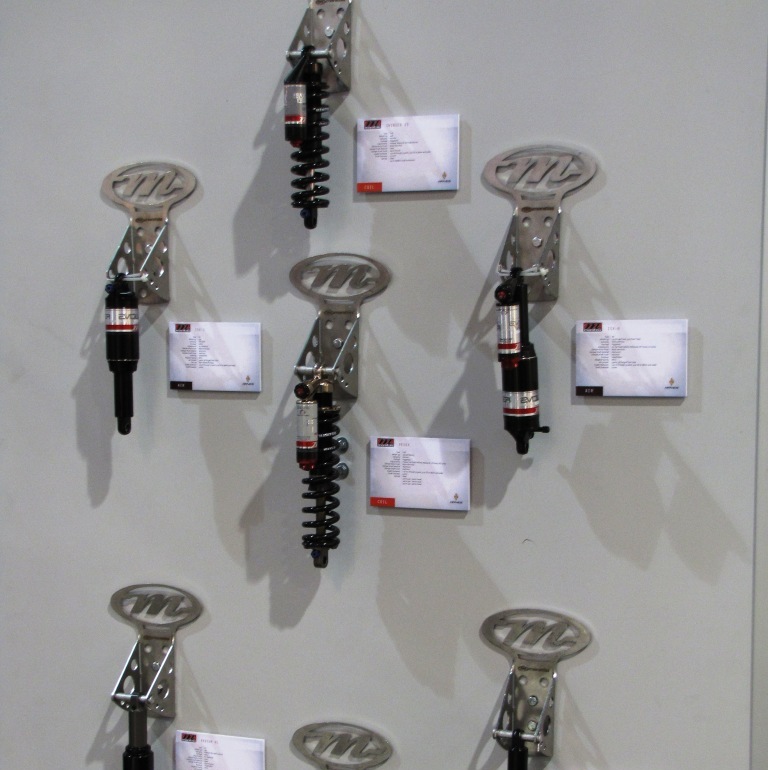 The hotly anticipated Prime brakes from Hayes were on display in both white and black. Up close these brakes definitely look like they mean business. You’re getting 26mm pistons and a high tech poppet cam within the master cylinder that can be adjusted to open at different positions to dial in the stroke. The Prime brakes also feature a nice positive detent on the brake lever for adjusting lever position. Speaking of the lever, it felt great in my hand and my brake finger fit nicely in the curve of the blade. With all the right hardware and trick parts, expect a full review in the near future. 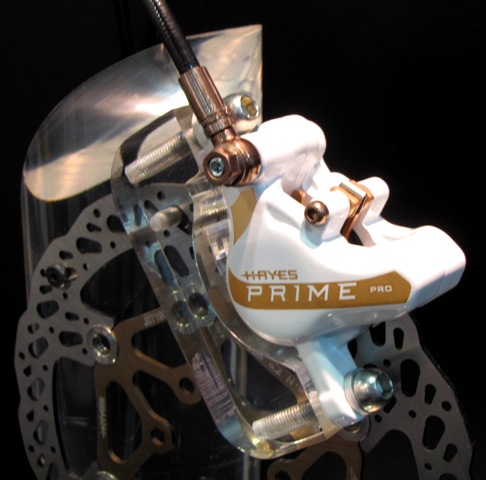 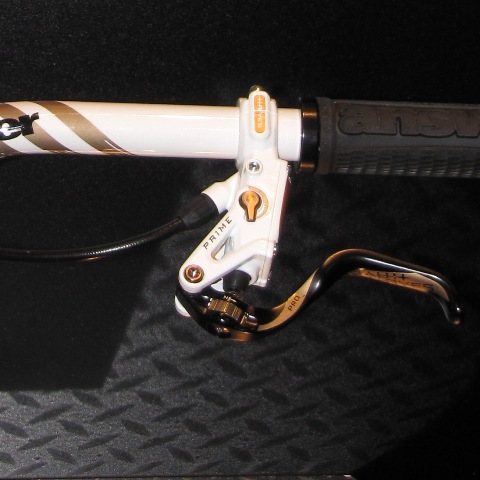 Answer continues to expand its line-up with a stem that drops the center of the bar 20mm instead of raising it as well as a new AM stem called the Rove. On top of that, Answer has an ultra cool anodized bar that’s not actually in production – though one day it may be, depending on demand. So if you like the skull & bones bar pictured below let Answer know by dropping them an email. Heck you never know – after all that’s how some of the coolest cars came to be. Answer has also added a new winter glove (rated to 25F) to the two gloves in the current line-up. 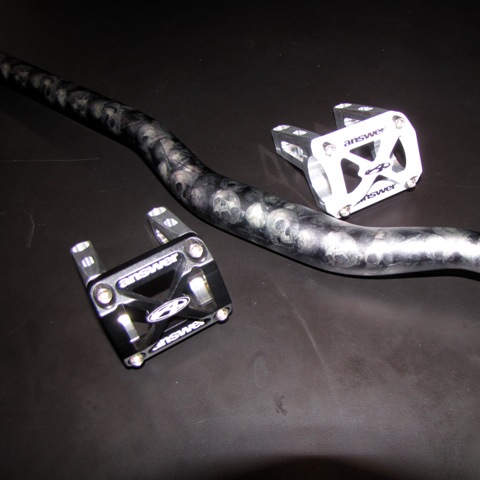 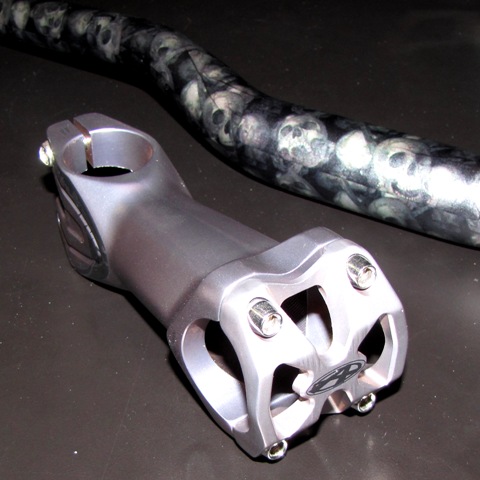 Take a look at these cool looking carbon rims from Sun Ringle below (there is just something about a carbon rim that makes me feel all fussy). Only available in 26″, the Carbon SRD rims are mated to straight-pull spokes and the same hubs as the Charger Pro wheels with 24 spokes and a decent 1555 grams in weight. These wheels are good for your XC – AM rider with various adapters to accommodate nearly all the widths and fork configurations out there. Along with those wheels, Sun Ringle has also introduced a new rim for the DJ market called the Estate rim. At 600 grams and 34mm wide double walled construction, these may be worth considering when you taco your current set. 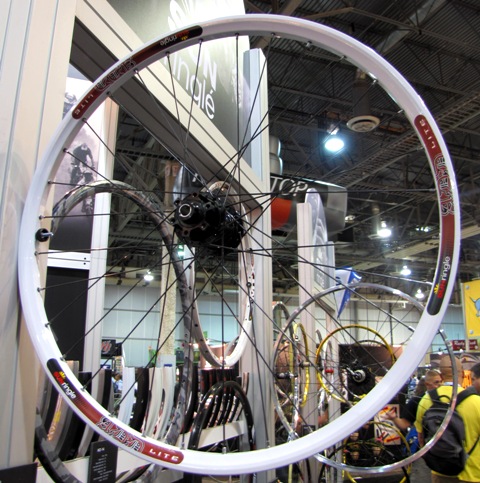 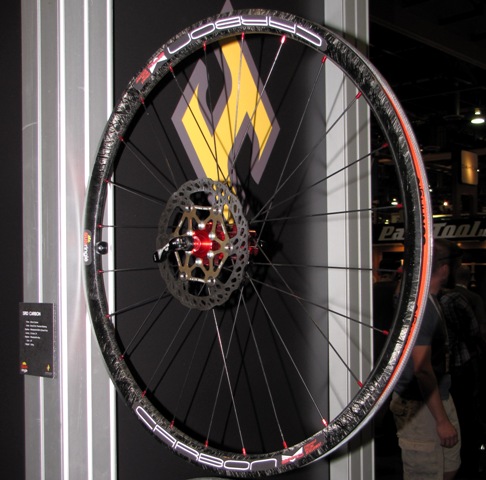 Check these products and more at the Hayes websites.

[…] Interbike last year I previewed the technology behind the Hayes Prime brakes, particularly the virtues of the poppet cam and new reach adjusters. […]